In Events, Experience, Life, Myself

After five days of working hard, I’ll honestly take any opportunity to get out and have fun; the let-down-my-hair-and-don’t-give-a-shit-about-the-world kind of fun. So, when I managed to get myself invited to the Cleo Cover Girl Search Launch Party, I thought, “Why not go?”.. I’m sure it’ll be fun. Except, fun would be too simple of a word to describe my day.

Because the dress code was smart casual and high heels was a must, so was a natural styled up hair, I decided to wear my new black sequinned dress from Kitschen with my favourite grey strappy heels. 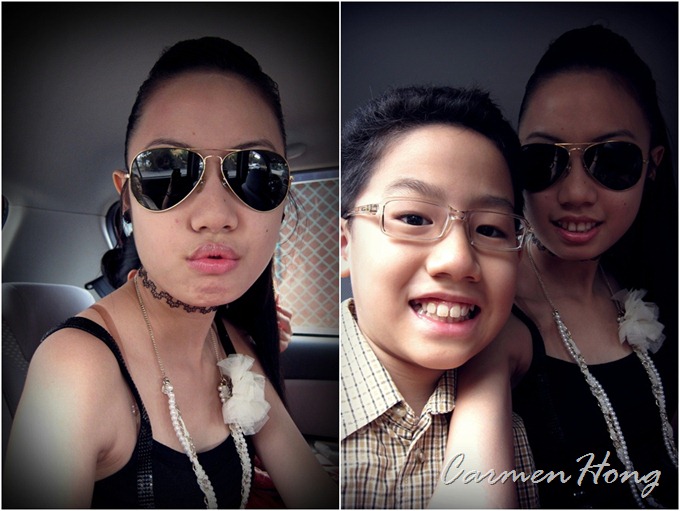 Thanks to Daddy, we managed to arrive there rather early so I thought I could drop by for the CLEO Mini Road show, only to my horror, this is when my ‘nightmare’ begins. I asked Girl One in a CLEO T-shirt, where was the road show and she said, “There, there.. Over there.” Obviously, she was too busy to entertain me. So I thought she meant the Old Wing main entrance since I was in the New Wing main entrance and there was nothing there. I walked to the New Wing, saw nothing there, asked the Information Counter girl and she said Old Wing. At that point, I was like, “WTF” already because I walked from one end to another end only to get nothing. In my three inch, I walked back again to the Old Wing entrance and saw three already incredulously small MINI cooper with the CLEO magazine on its doors. So, yea. That was the road show. It was basically a waste of my time, also making me all hot and sweaty for the party too. 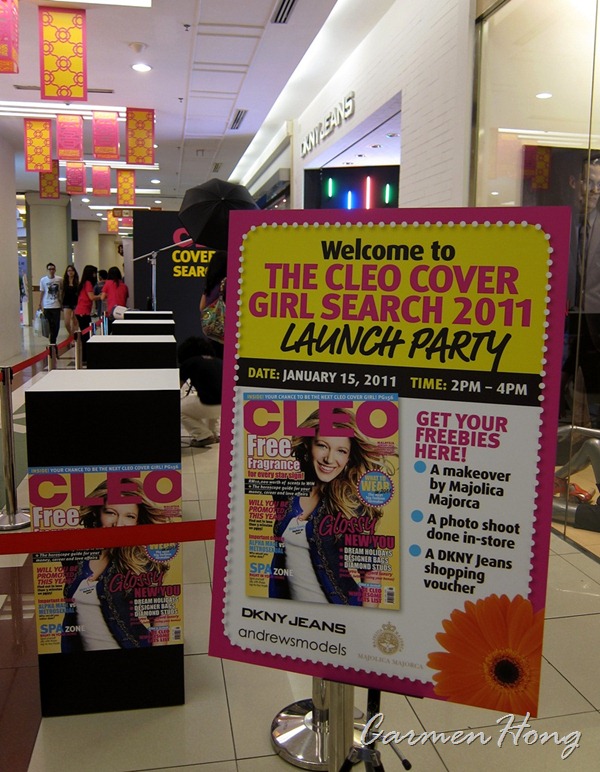 The party at the DKNY Jeans outlet! 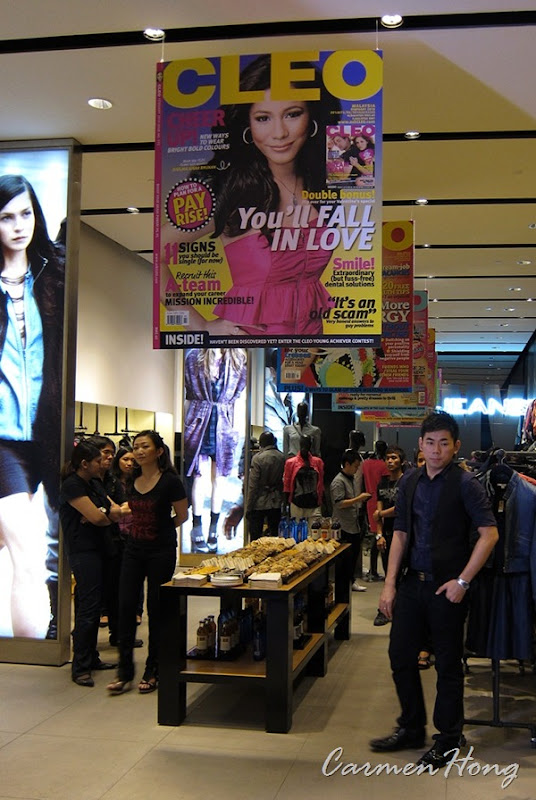 Basically, this is where the ‘party’ took place. Honestly, it’s not much of a party. It’s more like an audition for girls interested in being on the cover of CLEO. 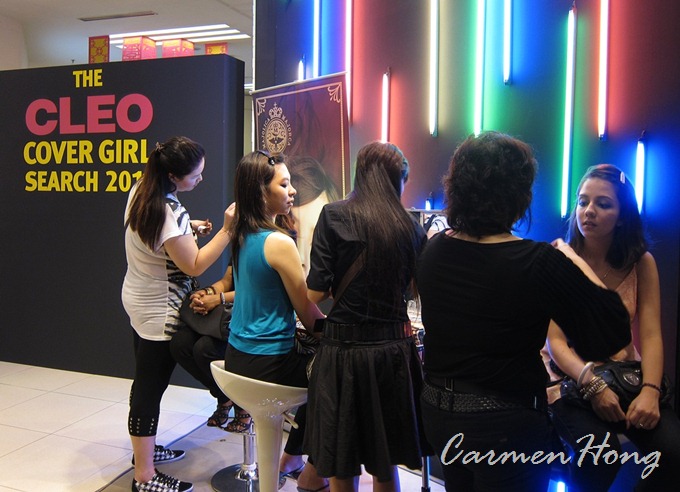 Where the make over took place. Some of the make up on the girls was rather plain, but I like mine. The lady did a great job on creating the smokey eyes for me. 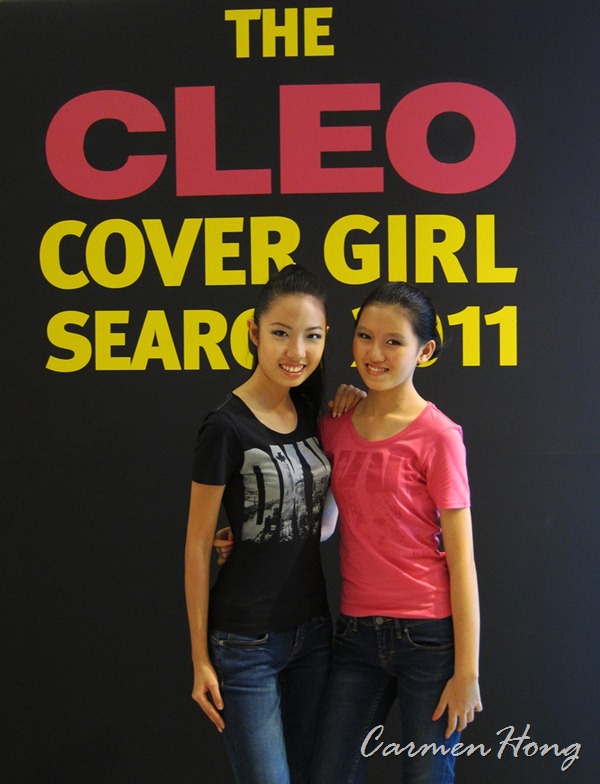 After the make over and dressed in DKNY shirt and jeans, worn just for the photo shoot. 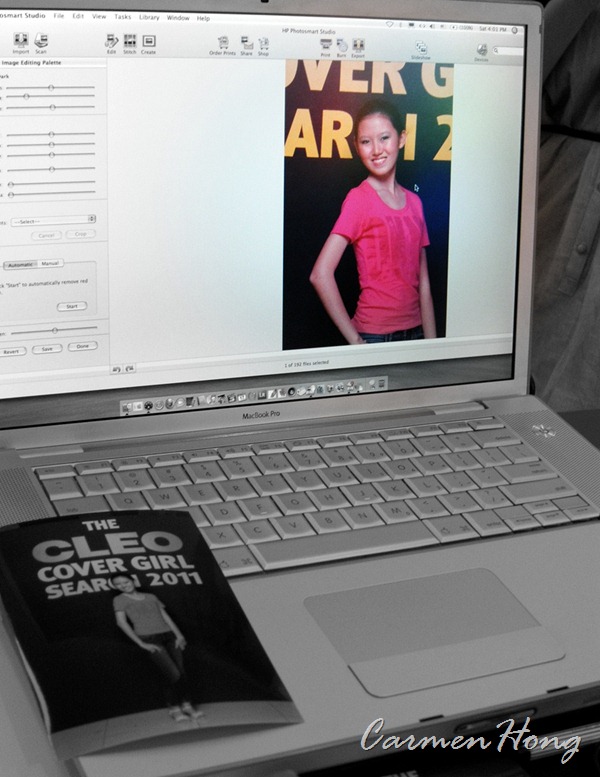 Kah Wai’s photo shoot pictures! being chosen and printed out. 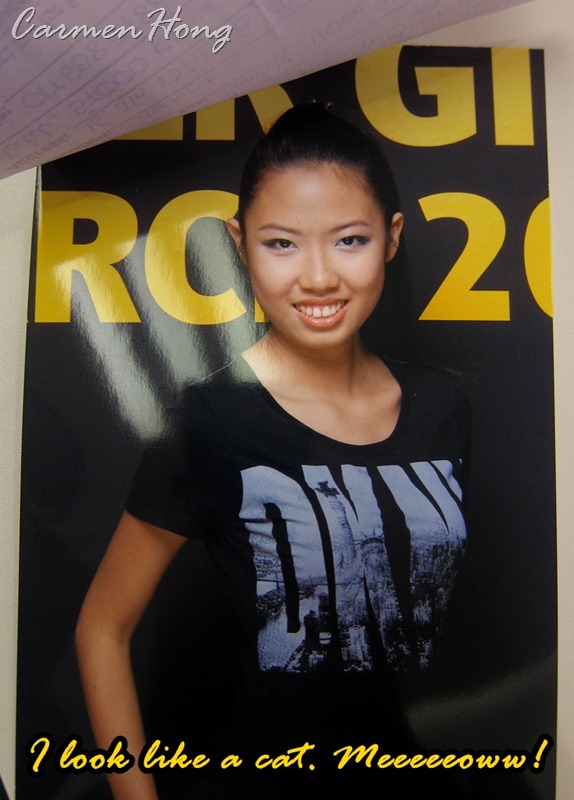 I.don’t.like.this.picture. I look hideous! If you don’t think so, blame it on my ever-self-conscious self. Somehow, in this picture, I felt like my smile doesn’t reach my eyes. Oh-so-fake smile. Btw, this was the picture chosen for the Cover Girl entry. Not that I expect to be short-listed anyway. 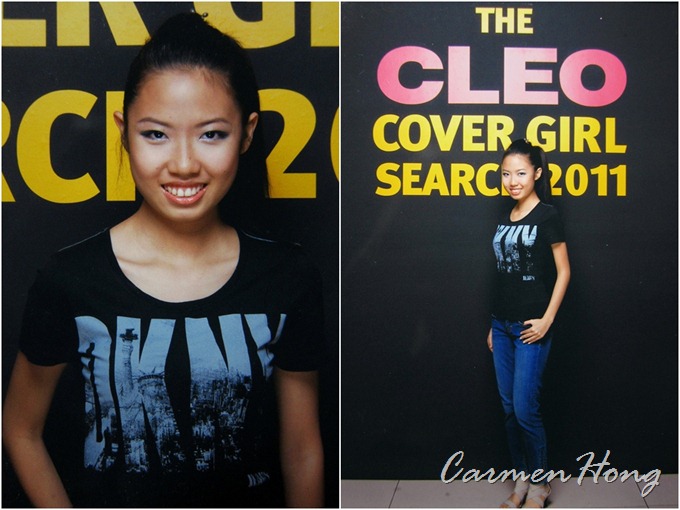 The other few shots taken, the up-close is just as ugly but the full body looks okay to me. 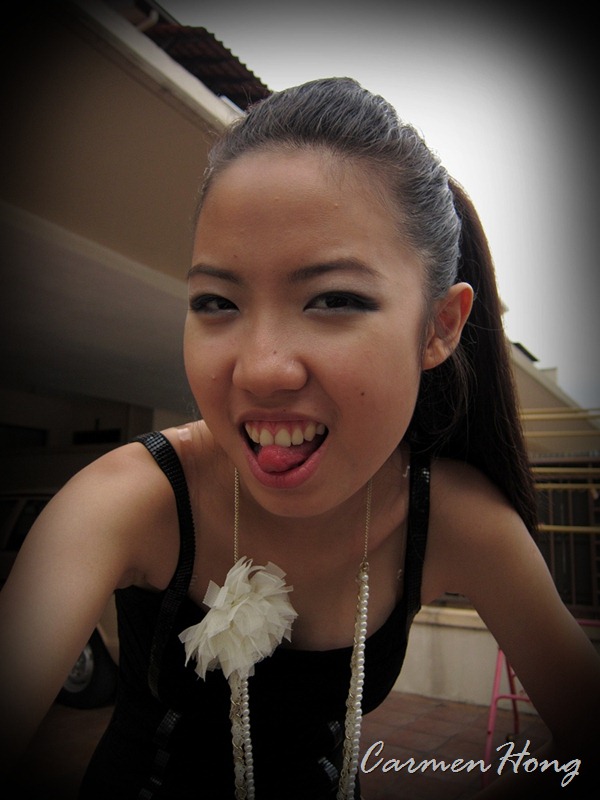 Tee Hee! 🙂 I look so much better in my own camwhored shots compared to the one the photographer took. Like wth.

That will be all, peeps! I am dead tired, I feel like as though my eye balls would roll out of its sockets anytime. Will update more soon, about working life. <3 Nights!

This picture don’t do me…

This picture don’t do me justice.