Out & About: The 100 Plus Interactive Vending Machine

Hello! If you follow me on Twitter, you must have read my tweets about the 100 Plus Interactive Vending Machine. It’s the first ever interactive machine in Malaysia, and I’ve been pretty excited to try and play on it. By the time I knew about it, I missed the first few couple ones in Kuala Lumpur area and all was left are those in the other states. 🙁 But on the last minute, I was informed that they will be in The Otomotif College (TOC) on Dec 9. That’s when I thought, whoa, I’m so going to make a trip down there on Dec 9. If not, I’ll have to wait till Dec 21 to head over to Sunway Pyramid to try it.
So, I woke up early on December 9 and made my way all the way to TOC. After a long drive there, I arrived to a quiet college. There was alarm bells ringing all over my head then, what if they are not here? That had been a mistake made? I asked the staff there, only to be told that the 100 Plus crew have came a few days earlier. 🙁 You have no idea how devastated I was, especially since I was on leave on that day also. UGH.
I was left with no choice but to return home empty handed and pretty much dejected. Fast forward to December 21, again, I purposely made a trip to Sunway Pyramid so that I can try and see for myself the 100 Plus Interactive Vending Machine. It was a Saturday, the weekend before Christmas which basically equates to a crazy jamming to get into the mall and spending 45 minutes just to find a parking. Now thinking back, I have no idea what made me decide to go through all that just to see the 100 Plus Interactive Vending Machine.
Sunway Pyramid was basically my playground from my college days and I know, trying to find the vending machine would be a crazy feat in a mall that huge. I asked the Concierge and they told me it’s near the Ice Skating Rink, so I was headed there. Very happy indeed, to finally get to see it.
ONLY TO BE GREETED WITH THIS. 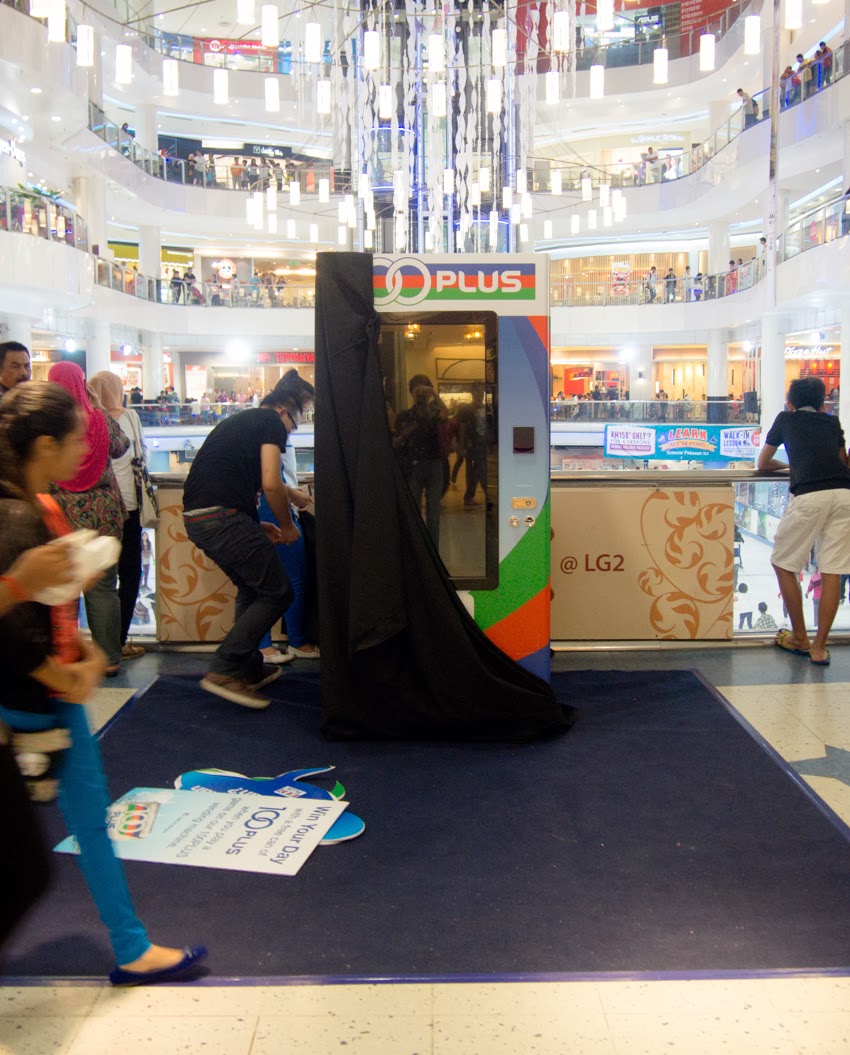 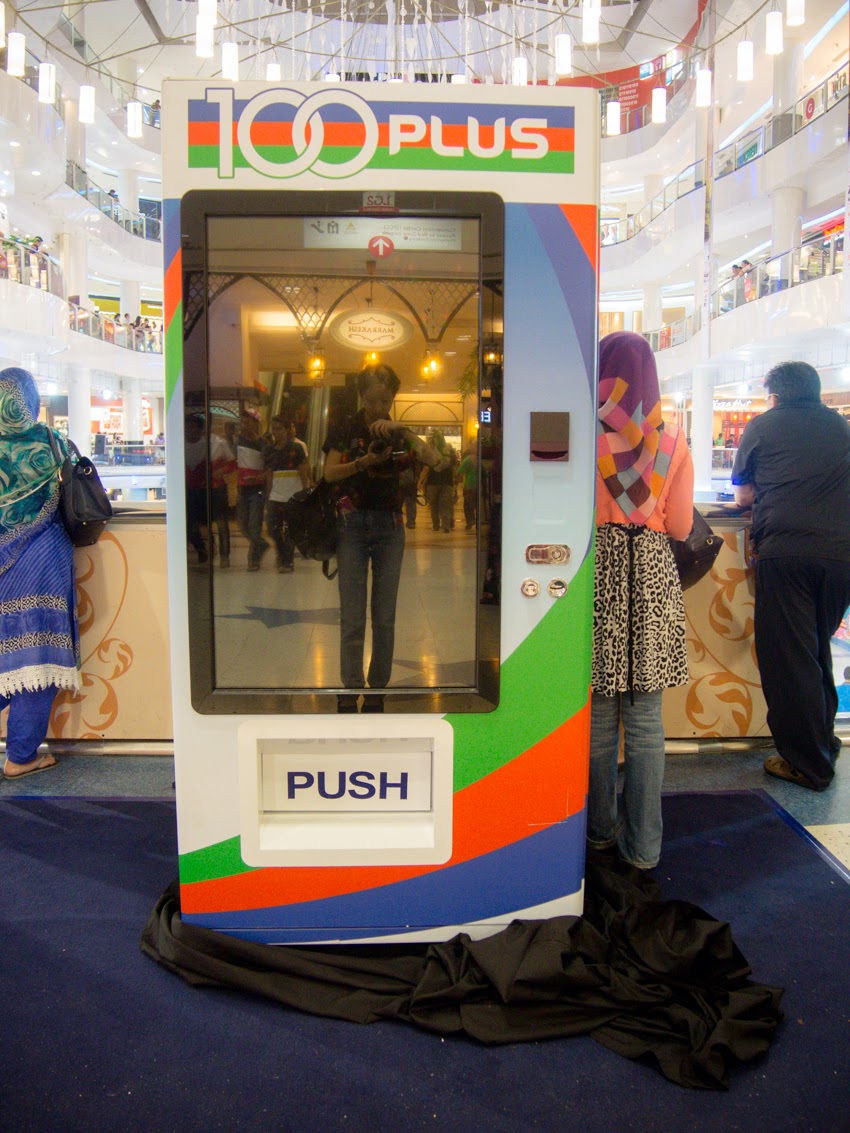 You cannot imagine what was going through my head when I saw that. Sighs. It was so awful. I walked up to the 100 Plus peeps and asked them what happened. They told me that the motherboard of the machine just went dead. Trust me, at that moment I never felt luckier. Looks like I’m just not fated to play with the machine.
I heard from my friends, how fun it was where you basically have to jump around and follow the instructions from the machine, on guiding the 100 Plus through the obstacle to win the game and a can of 100 Plus as a reward.
OH WELL. If you want to try the game yourself, you can do so and the last stop (for the peeps in Kuala Terengganu) as they will be in Mydin KT for today and tomorrow. I hope you would be luckier than I was.
Share