Note: This post was from eons ago, but it was sitting in my drafts and I never got to posting it. Haha. Finally went through my drafts, and voila, I’m posting it up now.

My brother being the naive boy he is, wanted to spend the supposed ‘Doomsday’ day in Genting. Guess why? Because it was the nearest highest point we could get to in such short time. If the world ended by floods like how the now a comedy movie, “2012” have shown, it would hit us later than if we were in KL. And so, we spent two days in Genting. I can’t remember when was the last time I was up there, it must have been years. I did kind of missed the theme park and I was looking forward to that, only to have Danny telling me how long the queues were when he was up a few days earlier. I decided it was better to just chill than to wait eons for the rides, cause there is nothing worse than that to kill off the holiday mood. 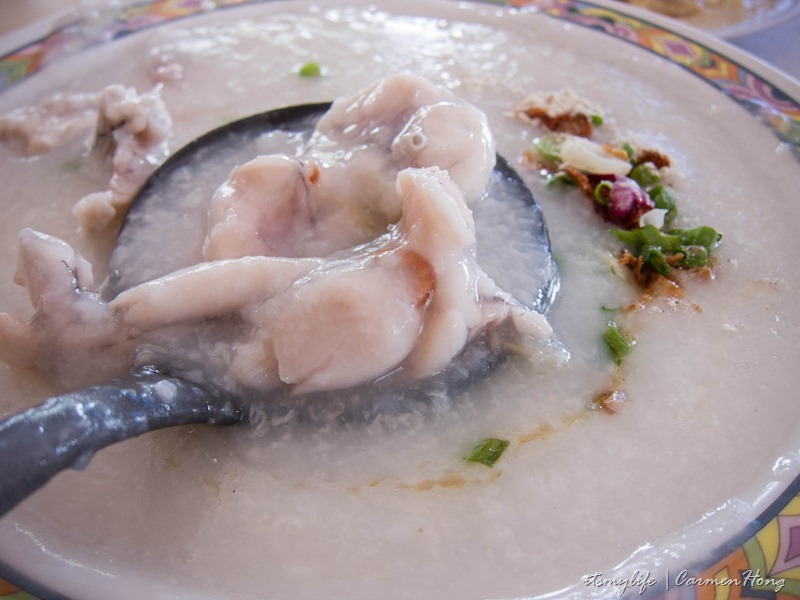 Started the journey there with delicious comfort food at Pan Heong Restaurant, near Batu Caves. The porridges there is good and worth a try, pictured here is the Frog Porridge. 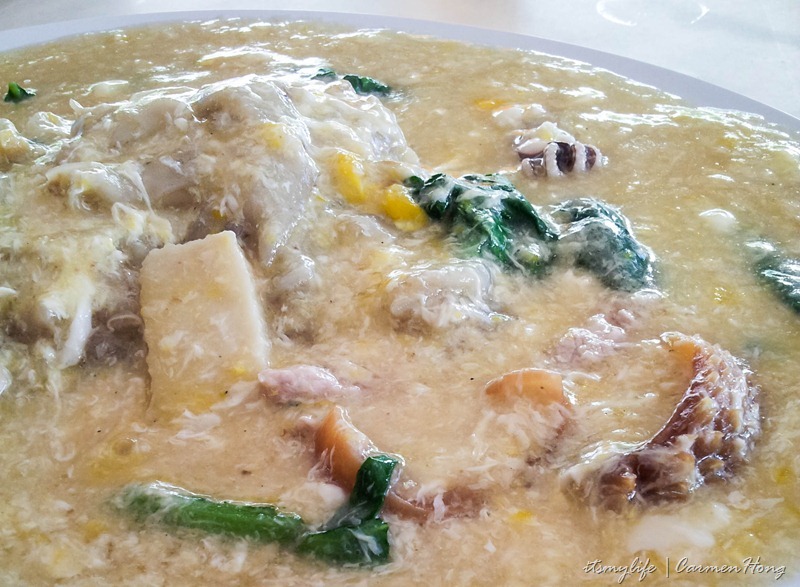 But the winner for us is hands down, the ‘Wat Tan Hor’; Cantonese Fried Flat Noodles in Egg Gravy. This is really too yummy-licious, it’s so smooth and the eggs, you can taste the glorious egg gravy. It’s really so good. 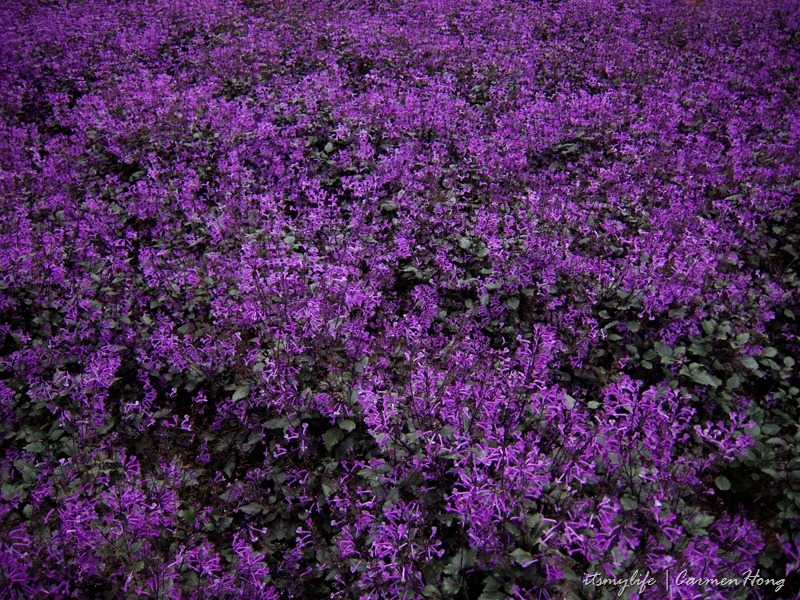 The next stop was Gohtong Jaya, which is on the way up to Genting Highlands. There used to be a few shops and restaurants, I used to think it was a dead place. But turns out, there is strawberry farm and a lavender farm too! I almost died from joy when I was at the lavender farm. 🙂 Such a gorgeous place, flowers flowers everywhere. 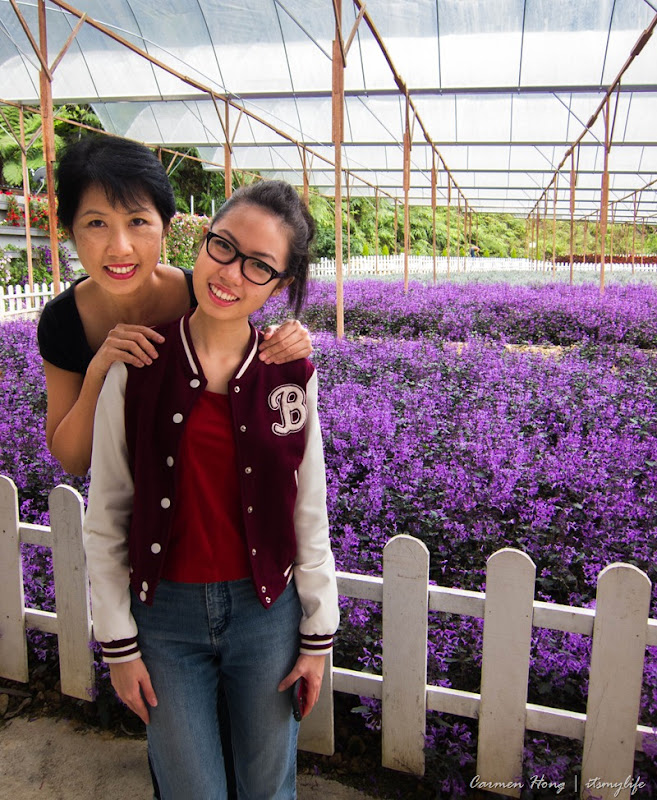 Took a picture with mom, haven’t had one with her for some time. 🙂 Oh, that is how the farm looks like, it’s a pretty small farm but still pretty nevertheless. I must visit a lavender field when I travel to Europe! 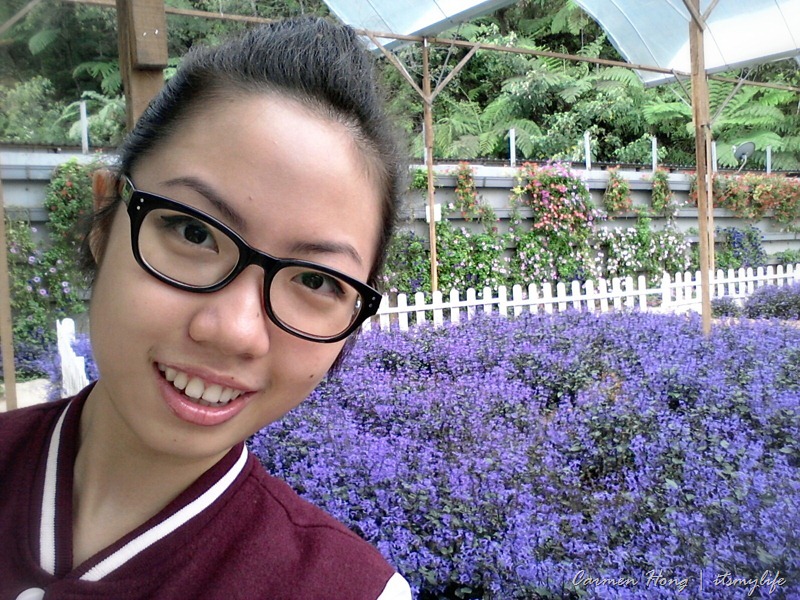 Selfie with my phone camera and the lavender! 🙂 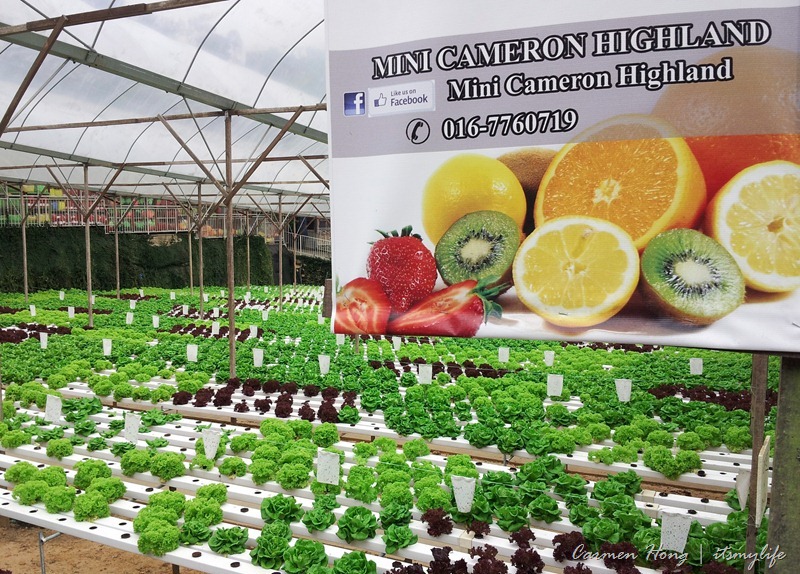 While we were in Genting, we actually visited two vegetable farm there. One of the farm was known as a Mini Cameron Highlands and I somehow find that funny. The vegetables were really fresh and surprisingly gorgeous, that I did a photo set for them (I’ll post that up in another post, look out for that). 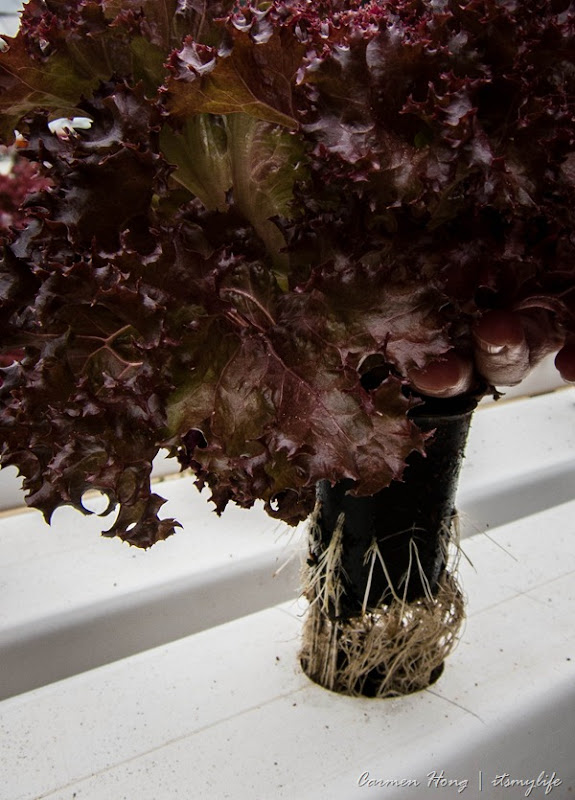 At the vegetable farm, you can pluck/pick your own vegetable. Which actually was a pretty simple process, just lift it up from the container. Haha. 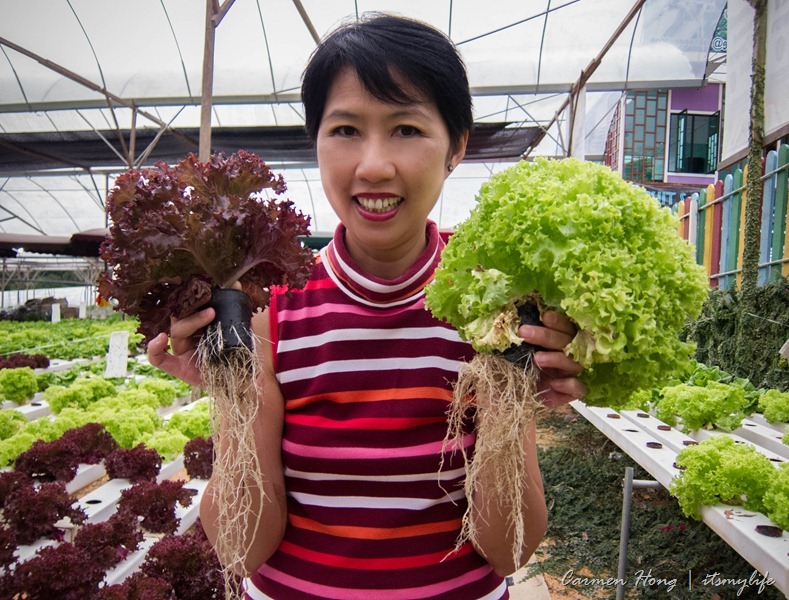 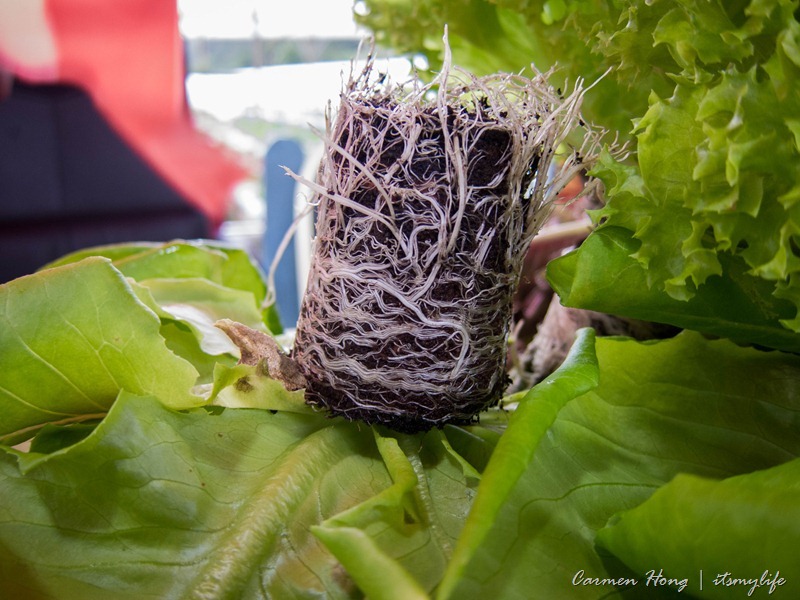 They will take off the black container and this is how it looks like. The vegetables were the freshest I ever had, so tasty to eat it as salad. 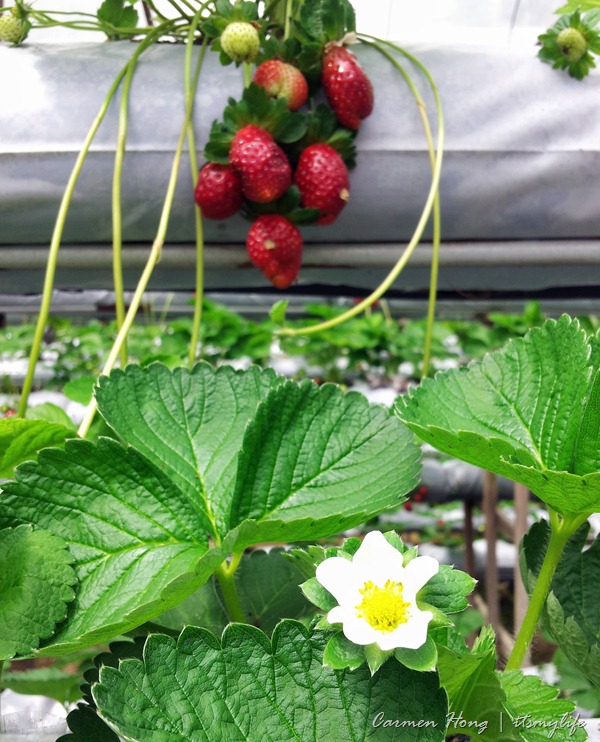 They had a strawberry farm in Gohtong Jaya as well! You can pick your strawberries, but personally there weren’t a lot to pick. Easier to buy the plucked ones, unless you want the experience of picking your own strawberries. 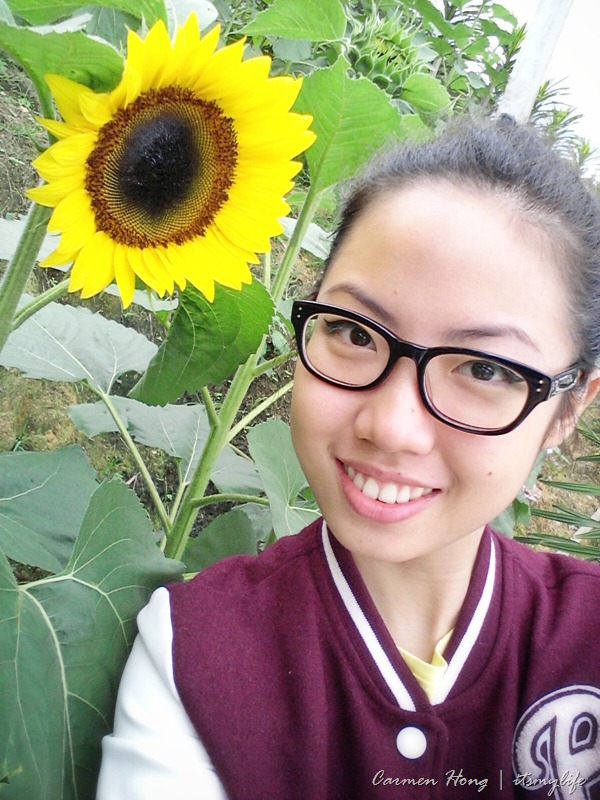 Huge sunflower! 😀 It was really freaking huge! There wasn’t a sunflower farm, just a dozen of really tall sunflowers stalks.

Just realised that I’ve been posting more about the farms and what not than Genting itself, but I’d pretty much lazed and walked around in Genting. Nothing worthy of a mention except that Genting was super duper foggy in all the two days we were there. 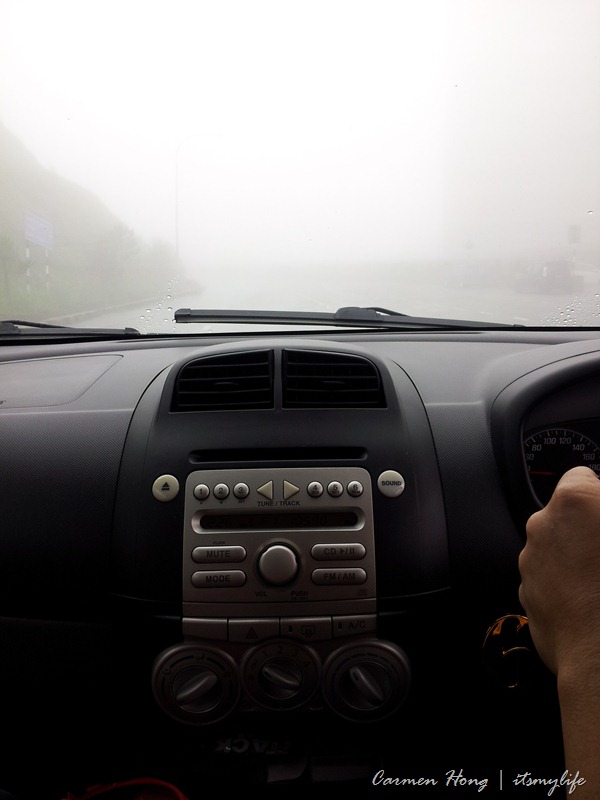 On the way up.

Would it be too late to say “Thanked God the world didn’t end” ? Haha, but there was a super freaky heavy thunderstorm that night though. And together with the brother and sister, we actually walked out, looked up to the skies and shouted “Bring it on!”. Self amusement, to a whole new level. 😀

That’s all for this post! I really need to stop having backlogs. :/ It’s getting annoying.