A walk in the park. {With Cammy}

I need to exercise more often. I’m thin but my body is in dire need of a toning. Plus, I need to get fit by next Friday because I’ll be playing futsal again. But it’s a competition this time, so it’s no longer child’s play. And I’ve already picked my team; Liang Bin’s team! Haha. If you had read my previous post about my first Futsal Experience, then you’ll know why I chose to be in Liang Bin’s team.
Anyway, most people would bring their dogs for a walk in the park but I bring my camera instead. Well, I don’t have a dog and I badly need to need to know how to use my camera’s functions. I need someone to explain to me the shutter speed and aperture settings too. 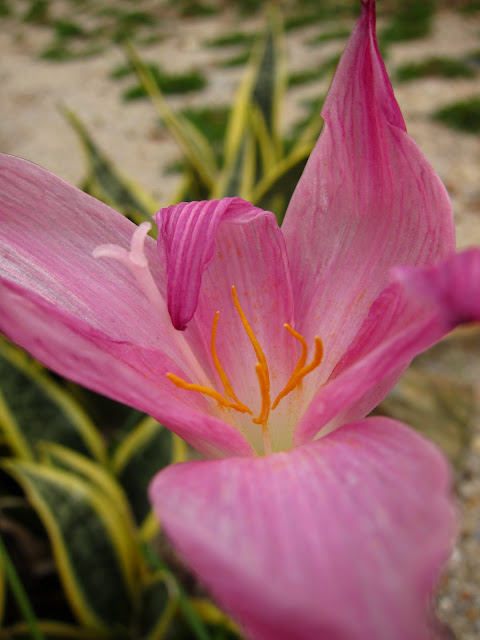 I basically spent 30 minutes kneeling on the sand trying to get a nice shot of the pink flower above. Guess why? Because of all days I decided to take a walk with Cammy, I choose one day when it was windy. And most of the flowers were swaying from left to right. Which is why I gave up and took pictures of the sunset instead. I thought those pictures were pretty good.

So. what do think of the pictures? I hope to be able to get better shots soon. Maybe I should bring Cammy to the jungle. I will, one day.