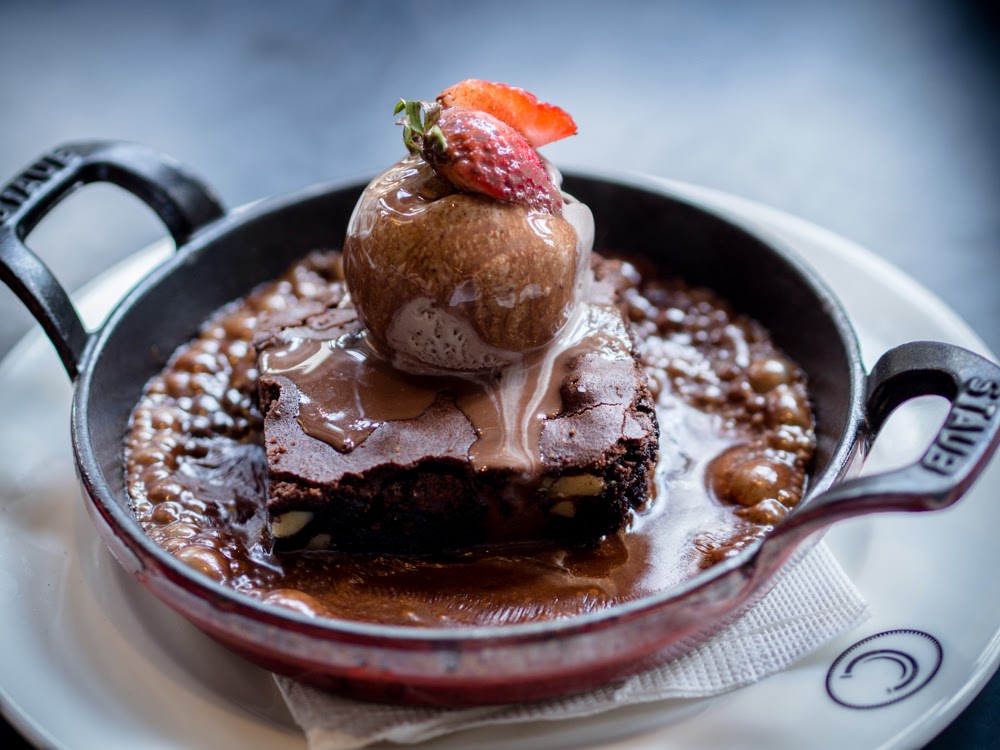 I decided to start off this post with that picture because that is probably Acme’s signature dish now that social media have made it so popular. If you were at Acme, you’d have to have the sizzling brownies to take pictures of it, to record an Insta video of the sizzling brownies and lastly, to eat it, of course.
So yes, I will shamelessly admit that I too had took tonnes of pictures of it, heck, I shot with high speed burst mode. And then, stupidly realise I was shooting with a slower SD card and I missed just about the remainder of the pouring of the chocolate. Oh well, I’ll be planning another trip there then. ;p
I was there with a couple of my friends to celebrate their birthdays. It was a Sunday, and the lunch was at 12PM. I have only been to Acme once, and that was for another brunch whereby I just had to attend it. This time around I was organising this birthday lunch do, but I had no idea what the crowd at Acme were like, on a Sunday. Fortunately, one of my friends did and warned me that I would need to make a reservation in advance or else we would need to queue up. So, the day before, I called up Acme and made my reservation, all this while keeping my fingers crossed that there were not fully booked. Thankfully, they were not and my booking was made. 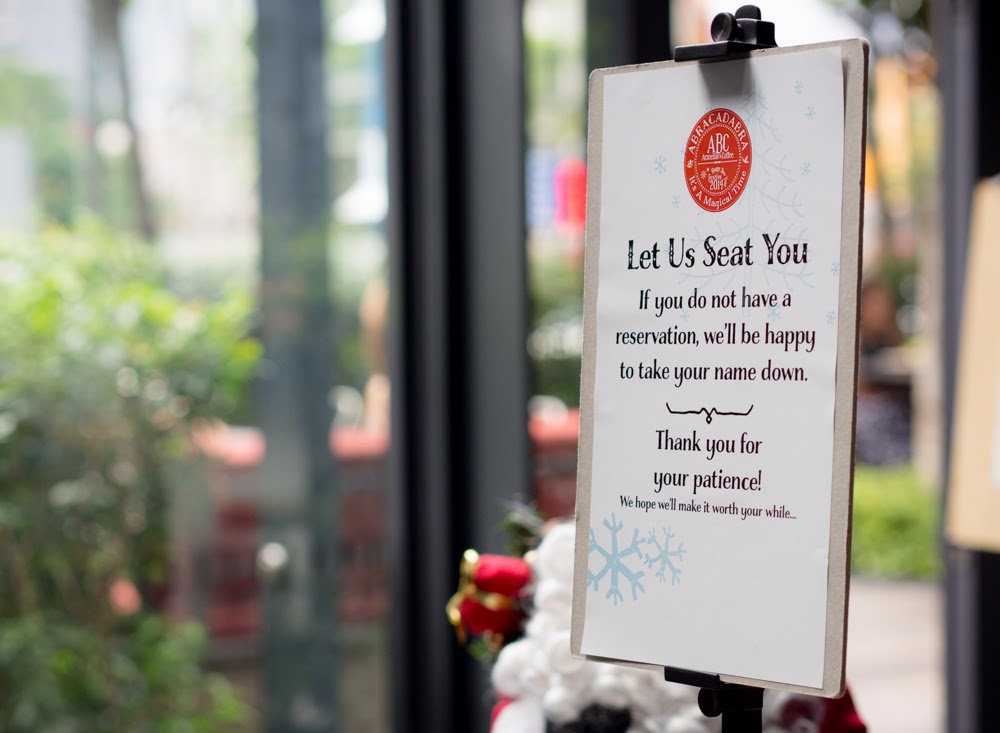 The next day, we arrived early, fully afraid that our table will be given away should we not arrive on time. Even with the reservation made, we had to wait 20 minutes just to get seated. Which actually wasn’t so bad compared to walk-ins who were told that they will have to wait for approximately 40 minutes before they get seated. If I were told that, I would honestly just walk off. There are better things to do than to wait for close to an hour, no matter how good the food was. So, do make a reservation before you head over there. 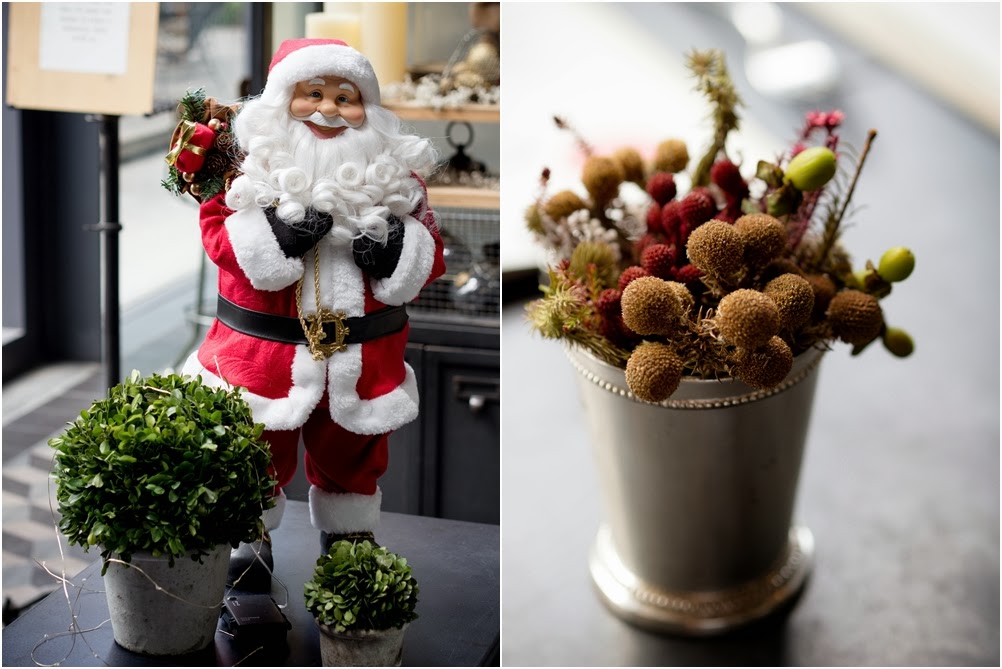 Yeap, I was there before Christmas actually. 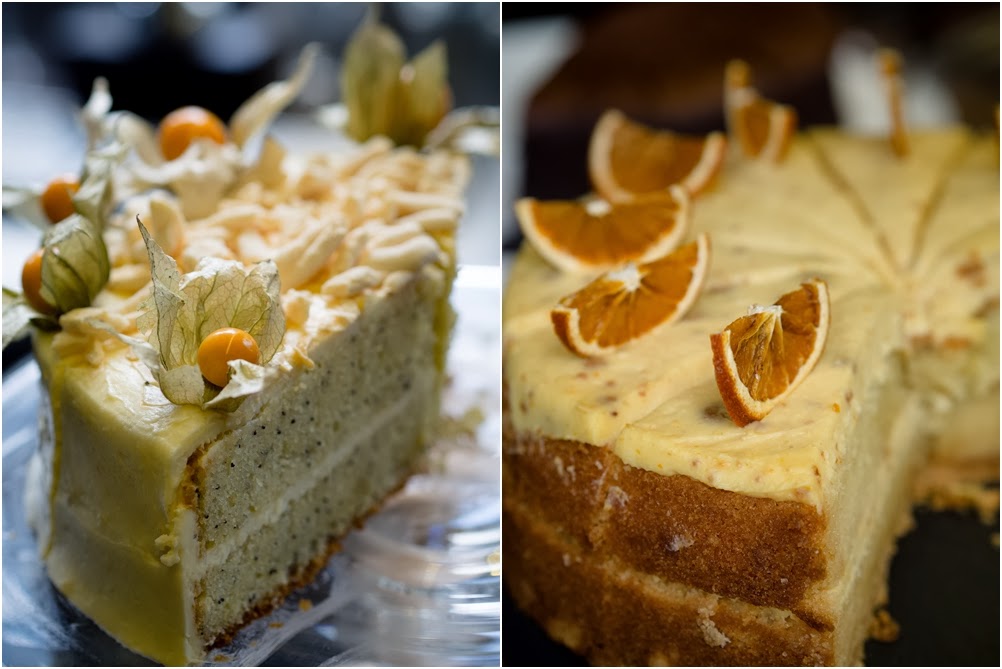 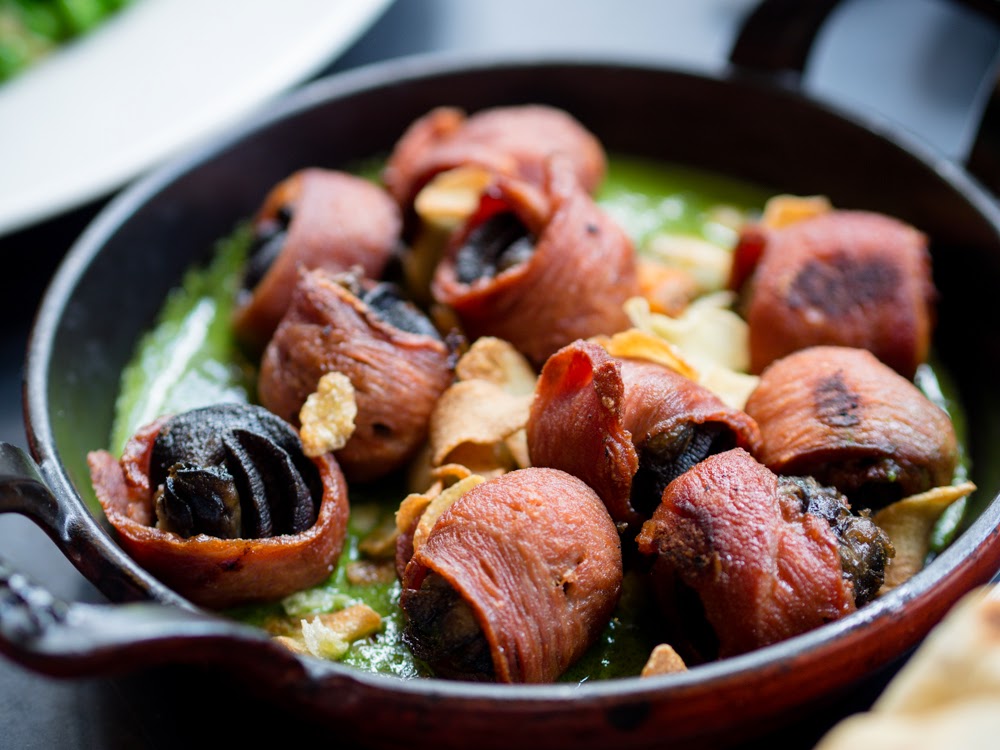 Grilled “Bacon” Wrapped Snails | RM19
I ordered this because during my last visit I had the Coddled Eggs where there was bacon wrapped snails in soft boiled eggs, and that was the best thing I ever had. When I saw this dish from the Pots & Pan section of the menu, I knew I had to have it. Basically, what it is are snails (or escargots, if the word snails freak you out) wrapped in duck bacon and cooked in parsley garlic sauce with coco beans. And just I expected, each mouthful out this dish was just heavenly. If you love escargots and bacon, you will find this combination just a match made in heaven. 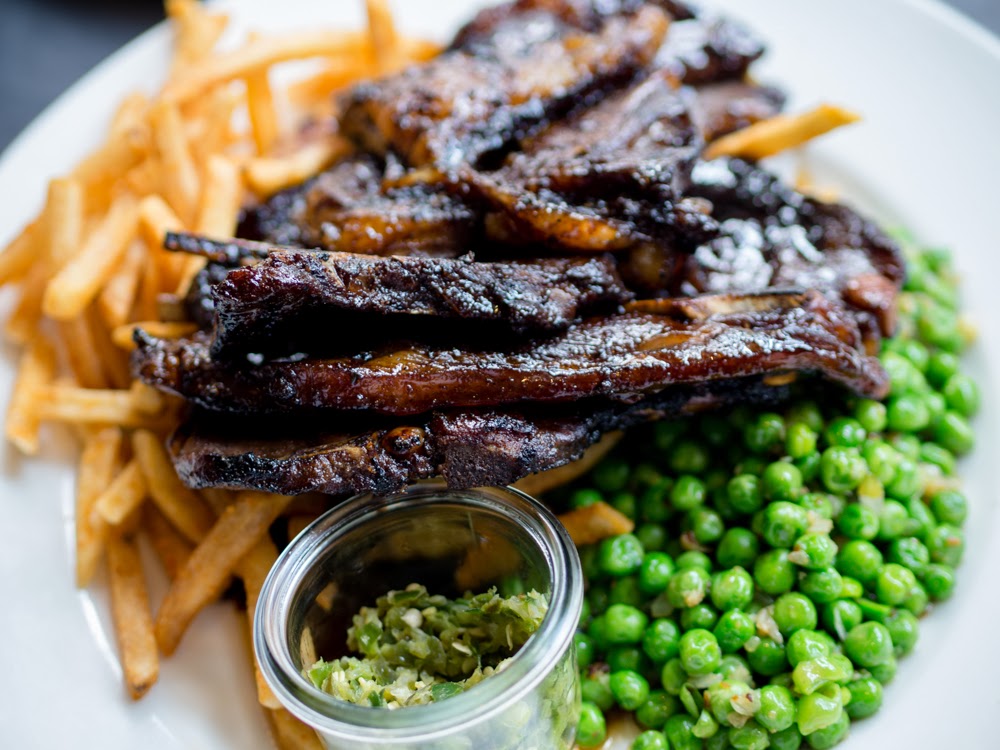 Grilled Marinated Lamb Shoulder | RM39
When this arrived, I thought it looked humongous. Like really humongous, which is an absolutely awesome thing because it made it worth every ringgit we were paying for, for such a huge portion. *grins* 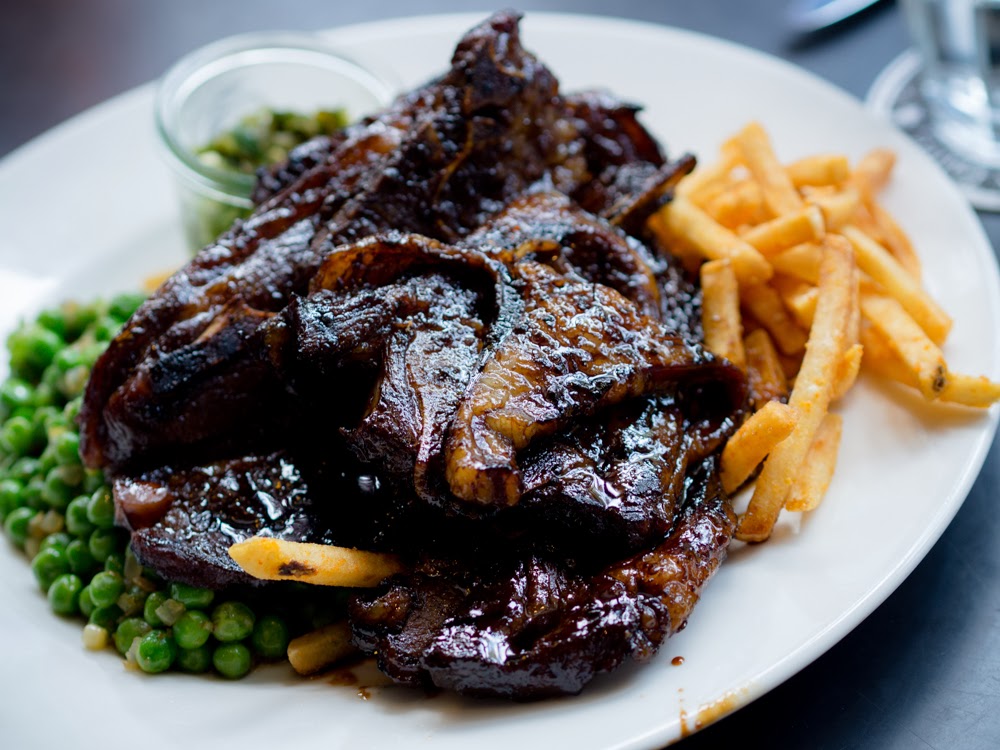 Grilled Marinated Lamb Shoulder | RM39
In the description, it was mentioned that the lamb was marinated with ABC’s special in house kicap chili sauce. The special marinade gave this dish, a nice and unique twist to the classic grilled lamb. It was tangy and it will leave you craving for more with every bite. 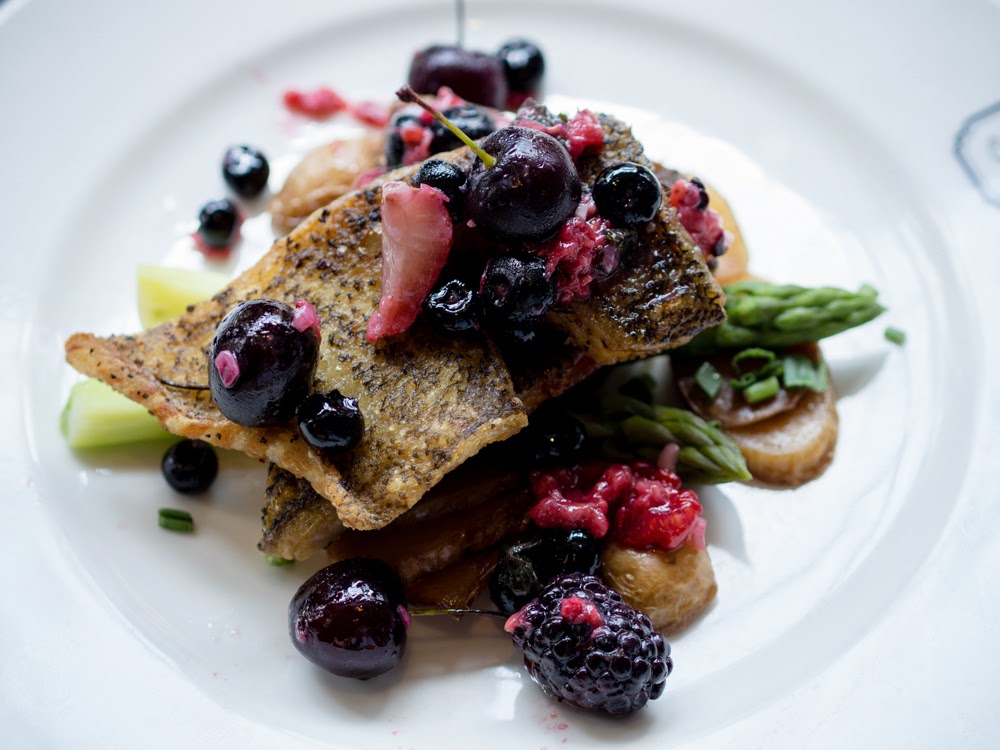 Pan-Seared Perch | RM45
Before I ordered this, I actually Google-d up what perch was because I honestly isn’t much a food person as I appear to be. Turns out it was a type of fish, but I didn’t find out more. I thought I would have more luck by asking the waitress, what it was. Only to have fish as a reply, so much for asking. 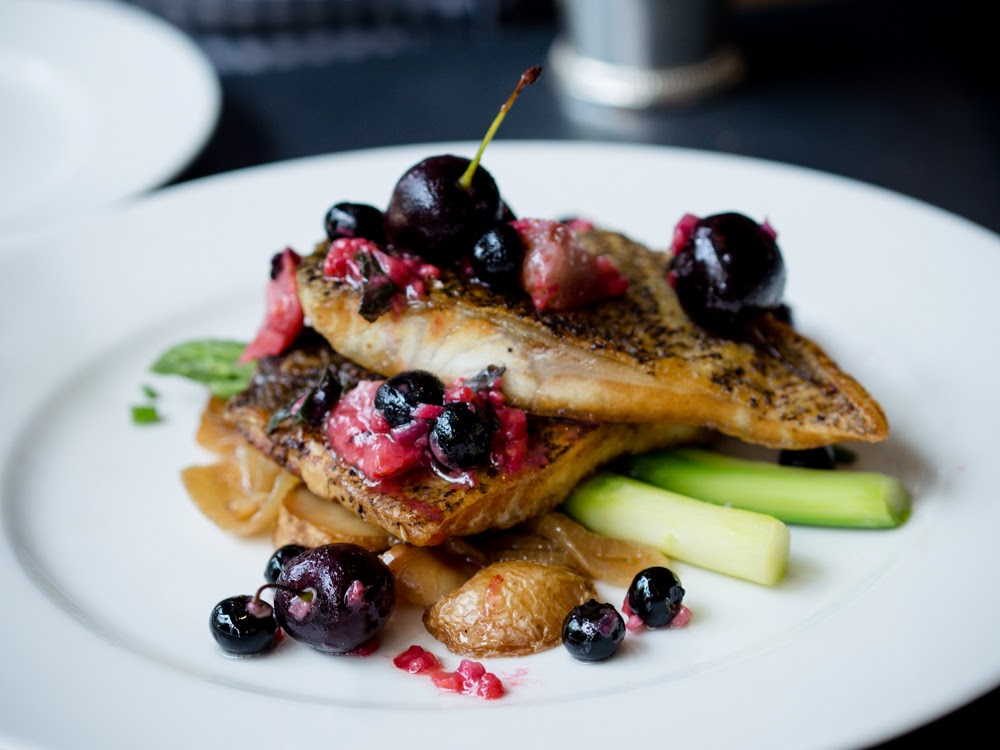 Pan-Seared Perch | RM45
This dish was a surprisingly lovely and refreshing. This was off their festive menu, so you might not have seen it before. I might have overlooked that this was served with berries salsa which made was nice surprise for me when it arrived. There was a generous amount of berries, and it was a quirky taste to bite into fresh crispy fish fillet with a mash of sweet berries taste. Imagine this, the fish fillet was fried to perfection, with its white meat so fresh and then, there is plenty of cherries, strawberries and raspberries over the fillets. YUMS. 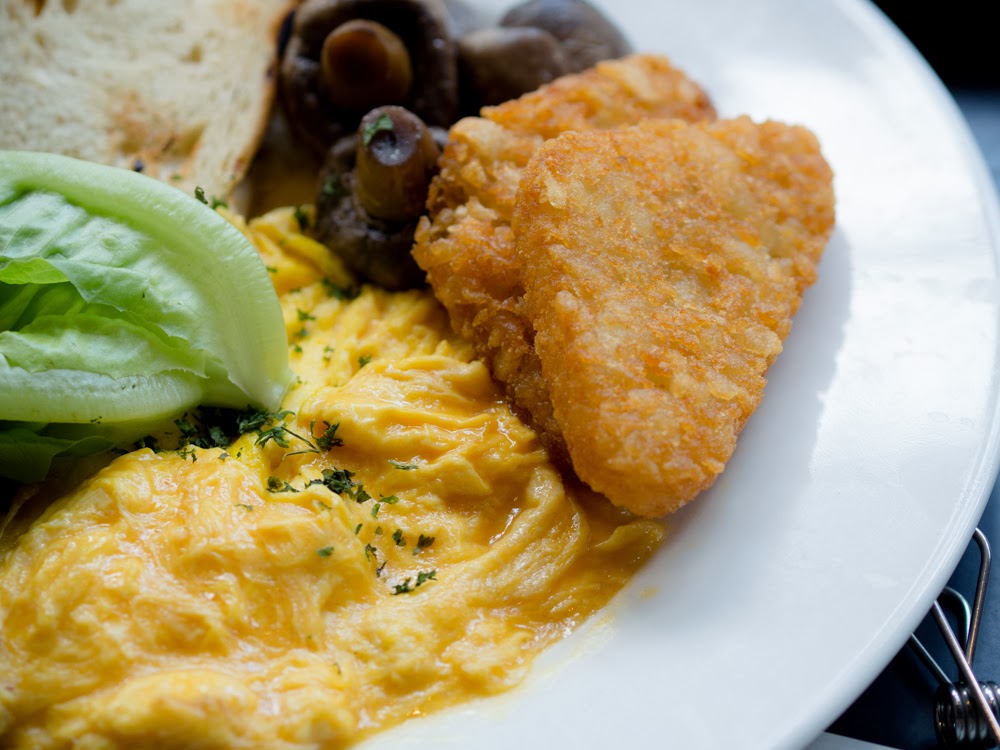 Acme Breakfast Club | RM33
We ordered this, because one of my friends recommended we try it. I wouldn’t have personally ordered this, although I have never tried this before, because my expectation for breakfast sets are sky high. But since, we had two other friends who never been to Acme and this was one of their best seller, I thought it’ll be fair to give this a chance too. 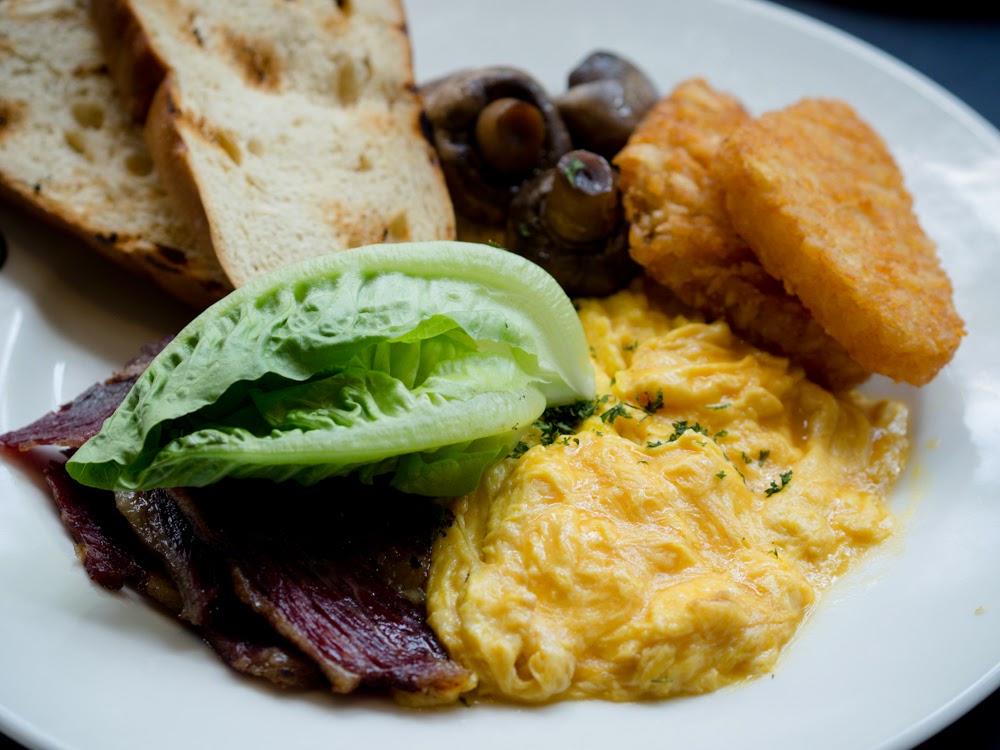 Acme Breakfast Club | RM33
I liked how I had a choice over the everything for the breakfast set, so we chose the following combination; Italian Sundried bread, Scrambled Eggs, Salted Beef with Sautéed Mushrooms and Hash Browns. Of all the dishes we had, this was the most “meh” dish when compared. I’m not saying it tasted awful, in fact it was deliciously comforting to eat this for breakfast or brunch. But when you compare it to everything we had today, it just falters in comparison. 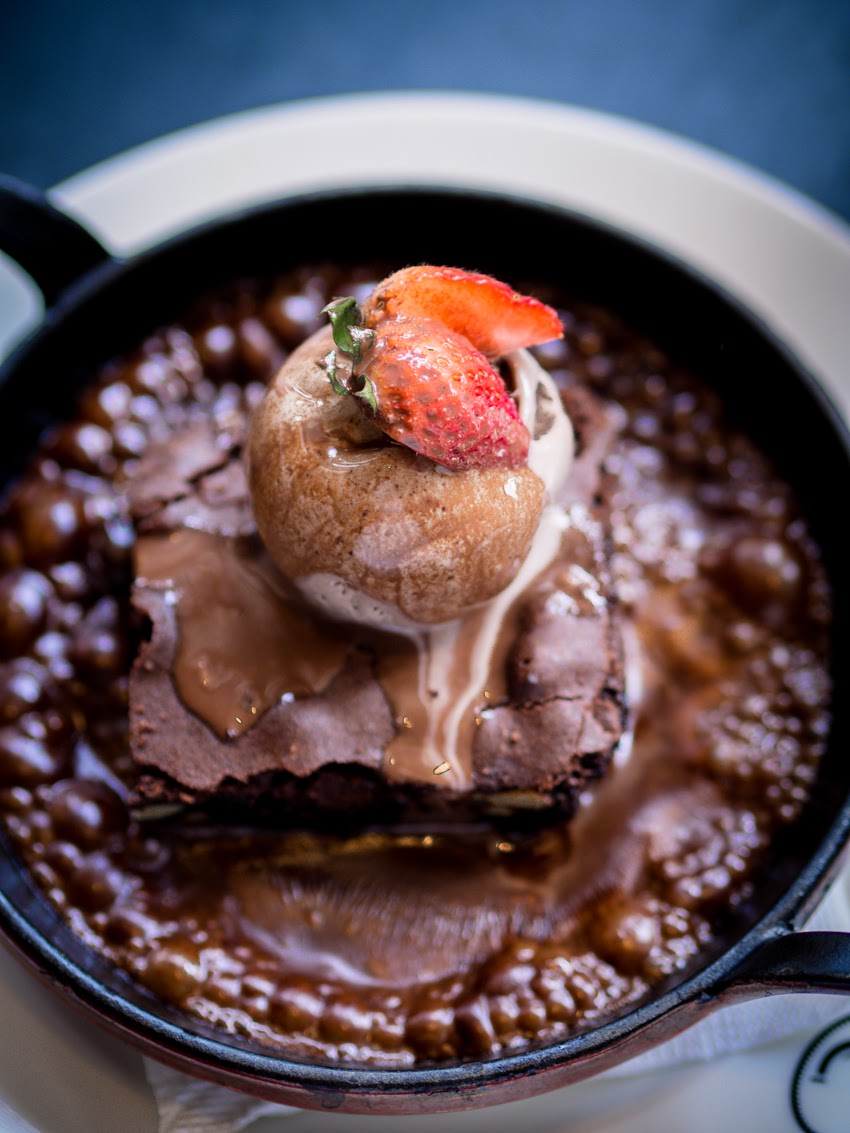 Sizzling Brownie & Oreo Ice Cream | RM19
This is of course, the star of the day and basically the main (cough, only) reason why we were there in the first place. I think I know where I want to head to for my birthday already. Of course, it was delight watching the brownies in all its sizzling action and to actually tasting it. 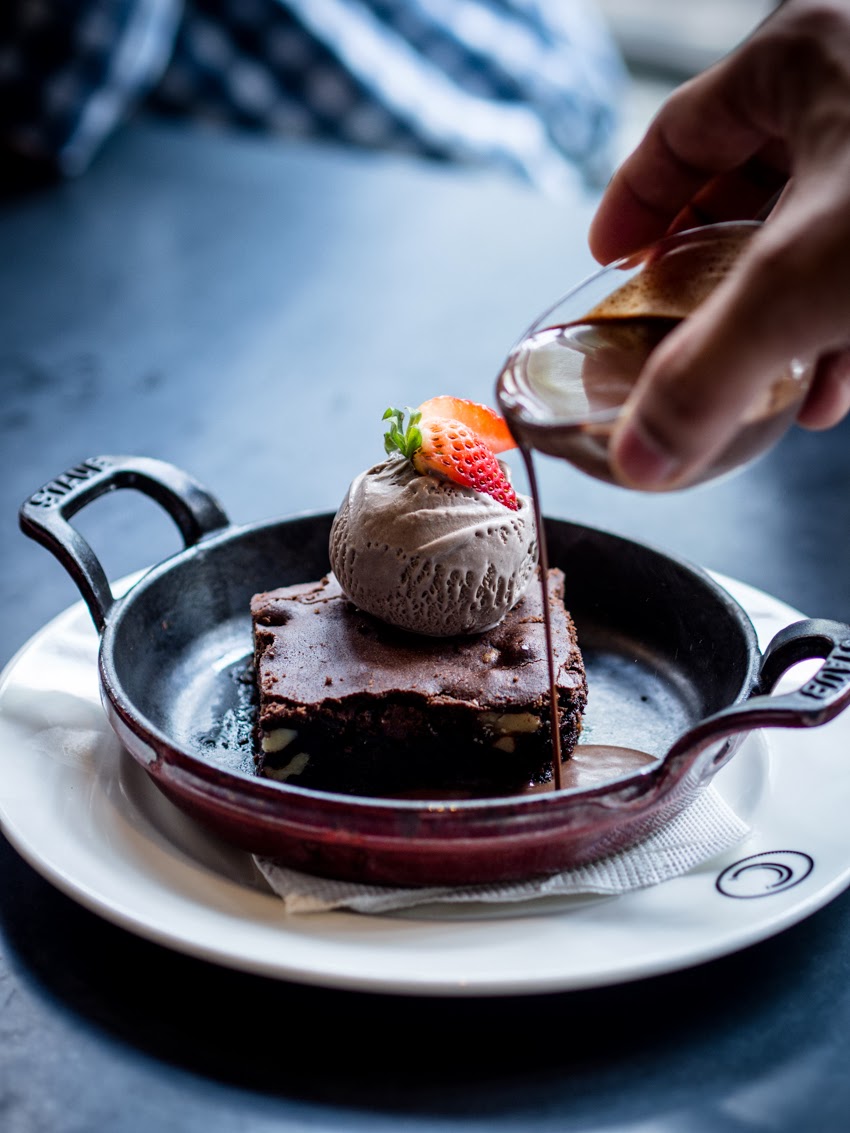 By now, if you read my posts often enough, you’ll know I actually hate chocolate with a passion with a few exceptions, like this amazing brownie here. It was not overwhelmingly sweet which gave it a huge loving plus point from me. Not to mention, the hot cold combination works wonder, it’s so chocolatey and wonderful all over. This is one of those dish where you take a spoonful and it leaves you giggling and smiling all over, because it was that good. 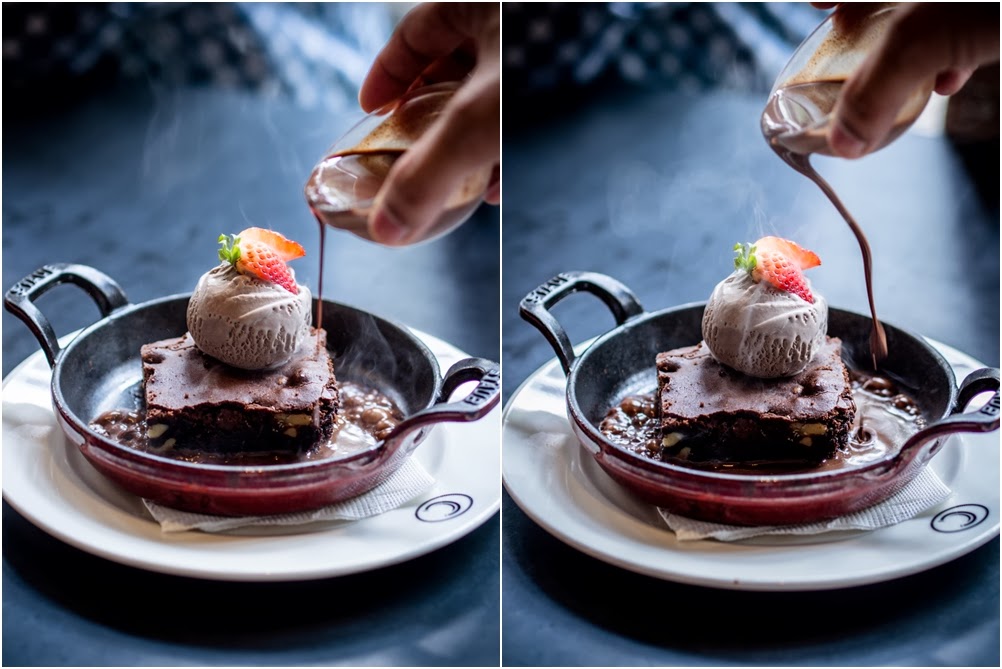 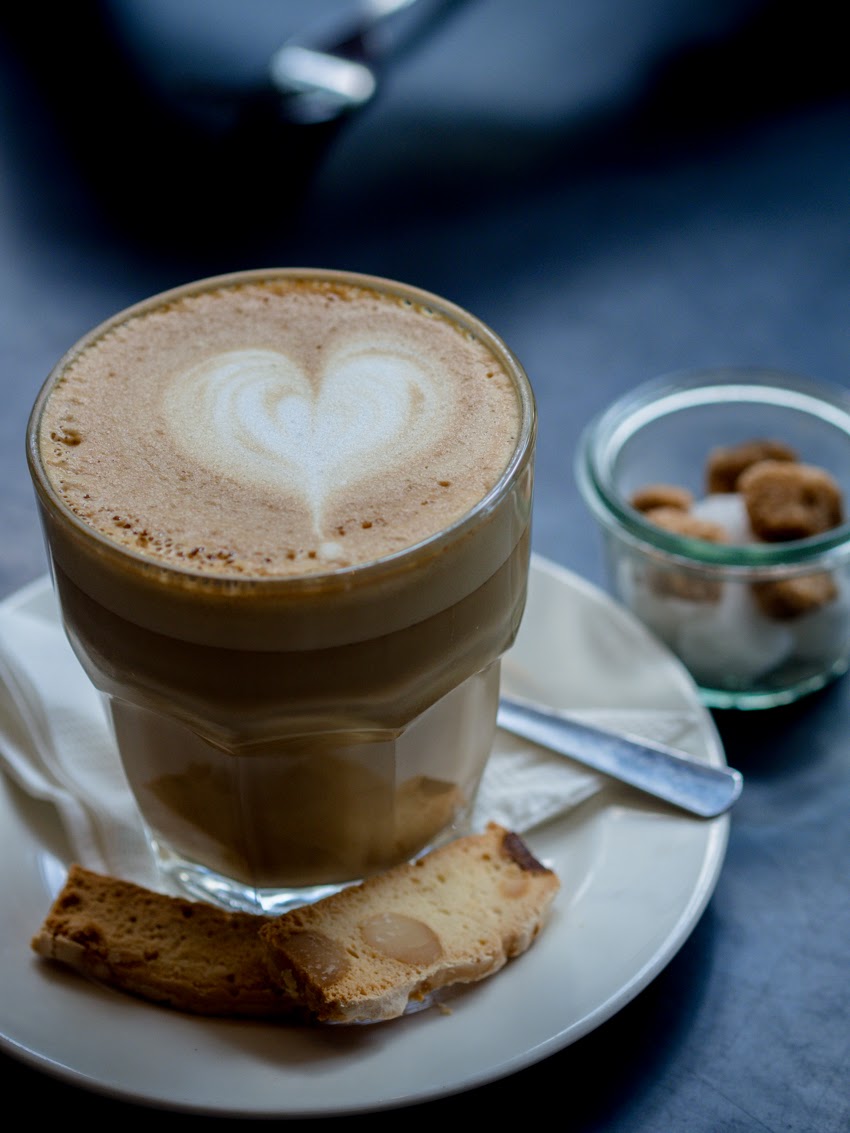 * * * * * * * * * *
All in all, we had a really good experience with the dishes we had that day. Most of them were one of a kind unique, something different from the rest. The service there however was pretty slow, this could be due to the lunch crowd and also there was two private function going on during our time there. Another was that we were politely asked to leave before 3PM, so we couldn’t really stayed on that long. But at least, the manager asked and informed us sufficiently at 2.15PM that there was reservation for the same table at 3PM.
Asking customers to leave is a rather touchy area for me, having been rudely asked to leave at Antipodean Cafe in Menara Tan & Tan before. Ever since then, I had never once ate there and pretty much told everyone of the awful service there.
Anyways, I would definitely head back there for more food. Prices there are tad pricier, so I probably head there once in a while when I feel like celebrating. I had friends telling me the place is over-rated, personally it was in the sense too many crowded there but food wise, it was one of the best restaurants which hits the right note for all the dishes I had. I don’t personally feel that way for most restaurants. So, give this place a go if you haven’t been here before.
// Acme Bar & Coffee //
Unit G1, The Troika, 19, Persiaran KLCC, 50450 KL
03-2162 2288
Share