The last time I was at Royal Gourmet in Premiere Hotel, I had the opportunity to sample their chef’s special menu which also happened to be my first visit back then. This time around I was back in Royal Gourmet for their All-You-Can-Eat Dim Sum Brunch. I have always wanted to try to an All-You-Can-Eat Dim Sum, because that means I can have unlimited amount of second helpings without having to pay additional for each plate I was eating.
On top of that, there are so many types of dim sum that I can choose to eat from and in Royal Gourmet, there are plenty of dishes that you can pick from. From the Steamed Dim Sum selection, there are Steamed Fish Paste Dumpling, Steamed “San Kan” Dumpling, Steamed Shark Fin Dumpling, “Siew Mai” Dumpling, Steamed Prawn Dumpling, Steamed Fish Ball, Steamed Japanese Crab Stick Roll in Superior Sauce, Glutinous Rice in HK Style, Phoenix Claw in “Si Chuan” style, Rice Noodle Roll with Honey BBQ Chicken and BBQ Chicken Bun. 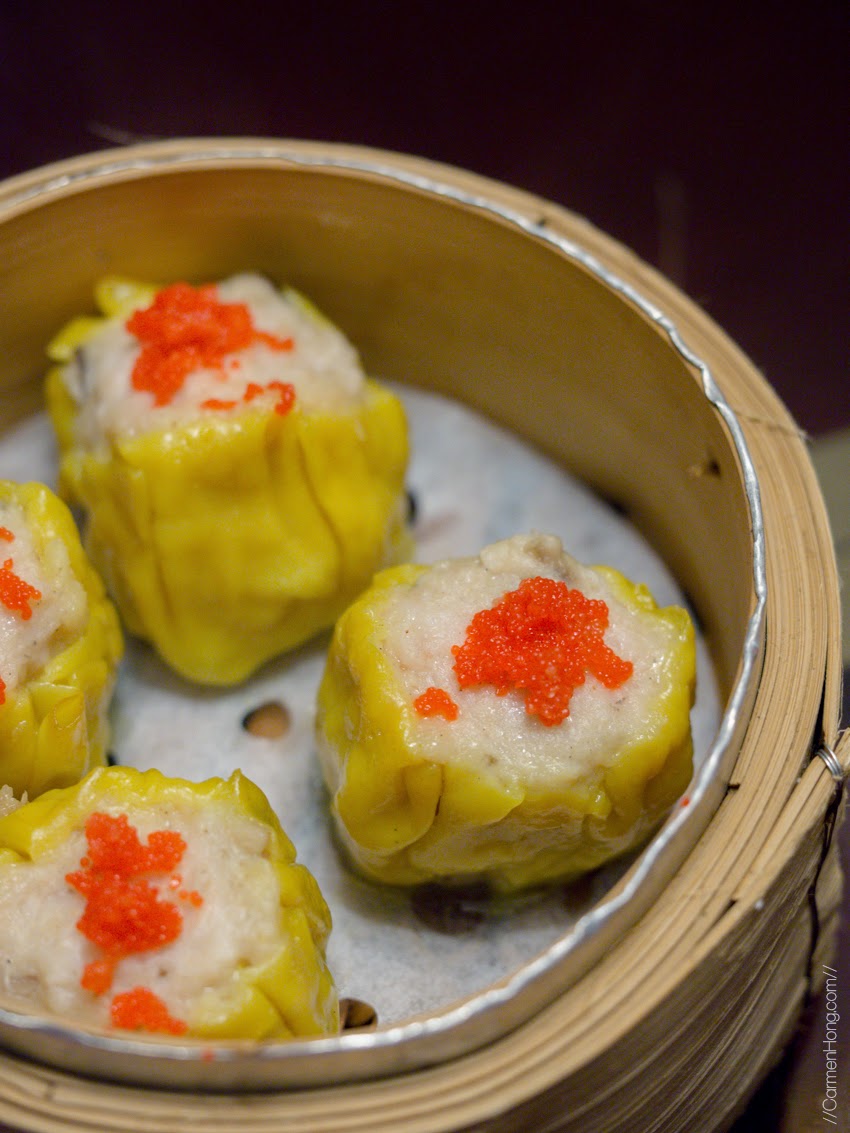 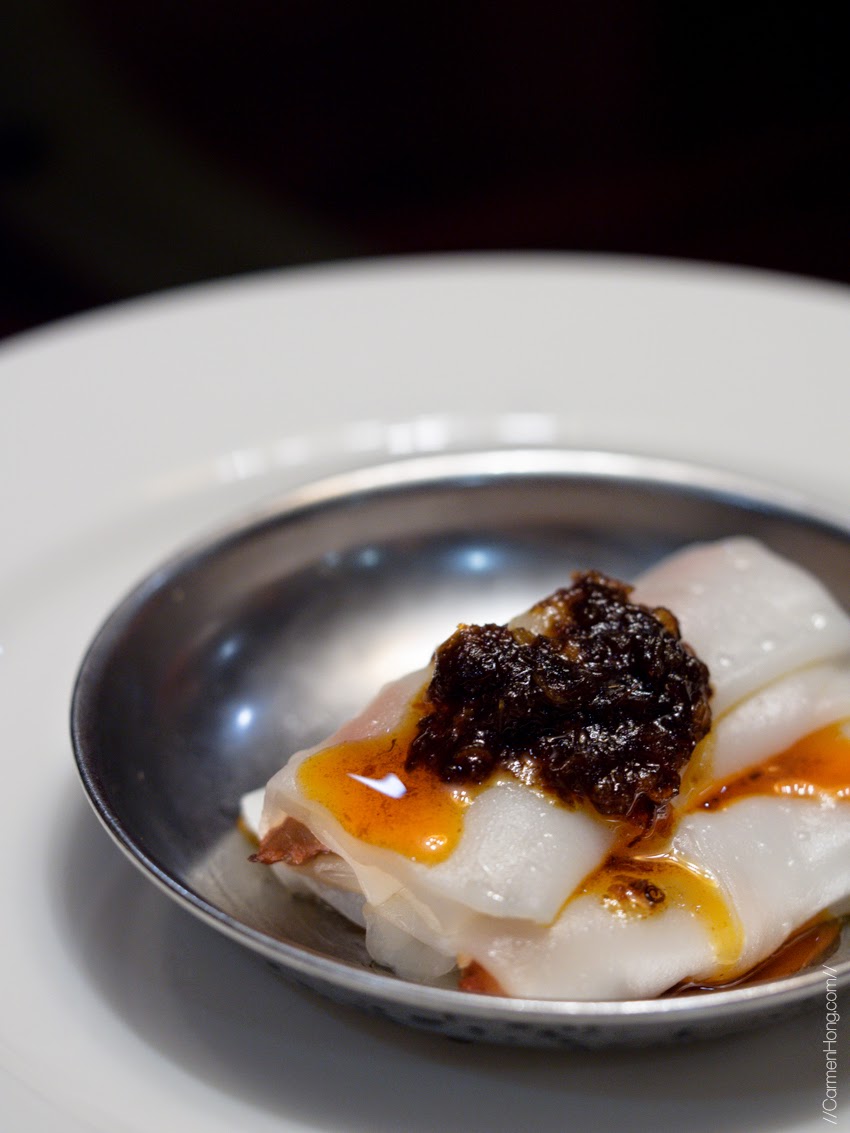 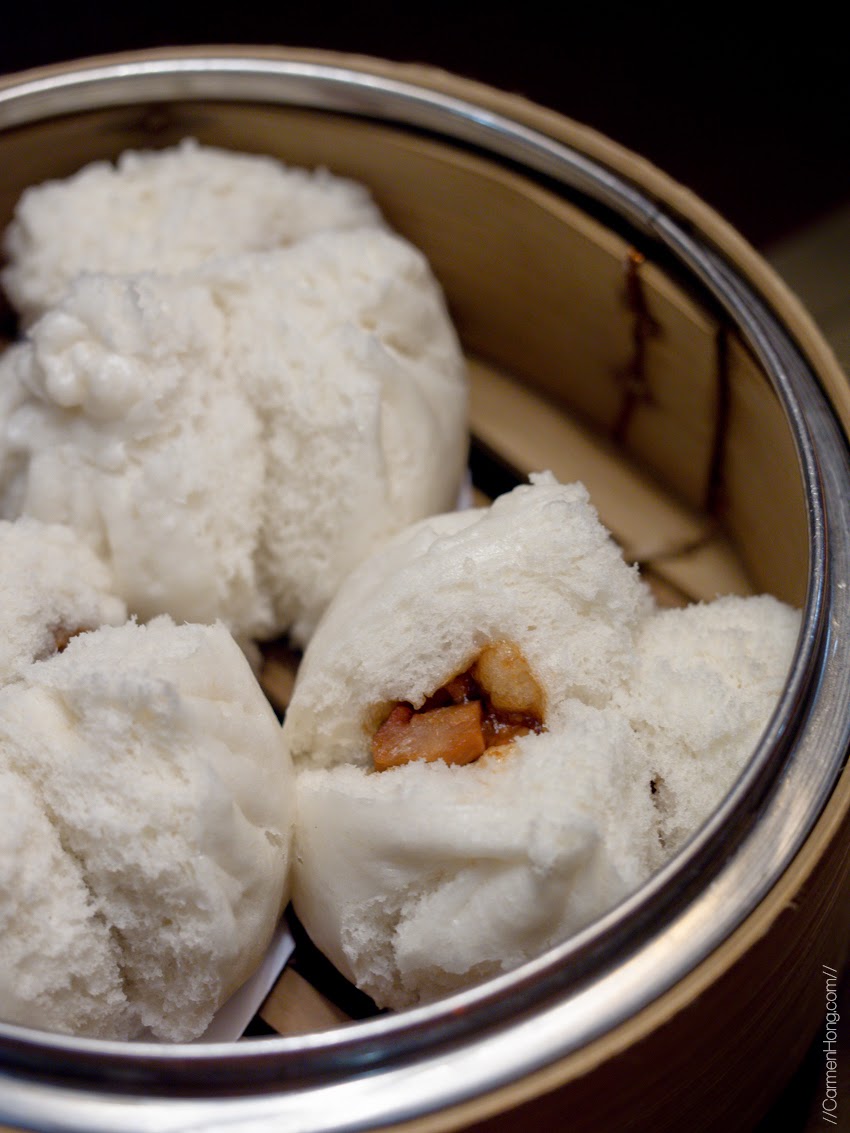 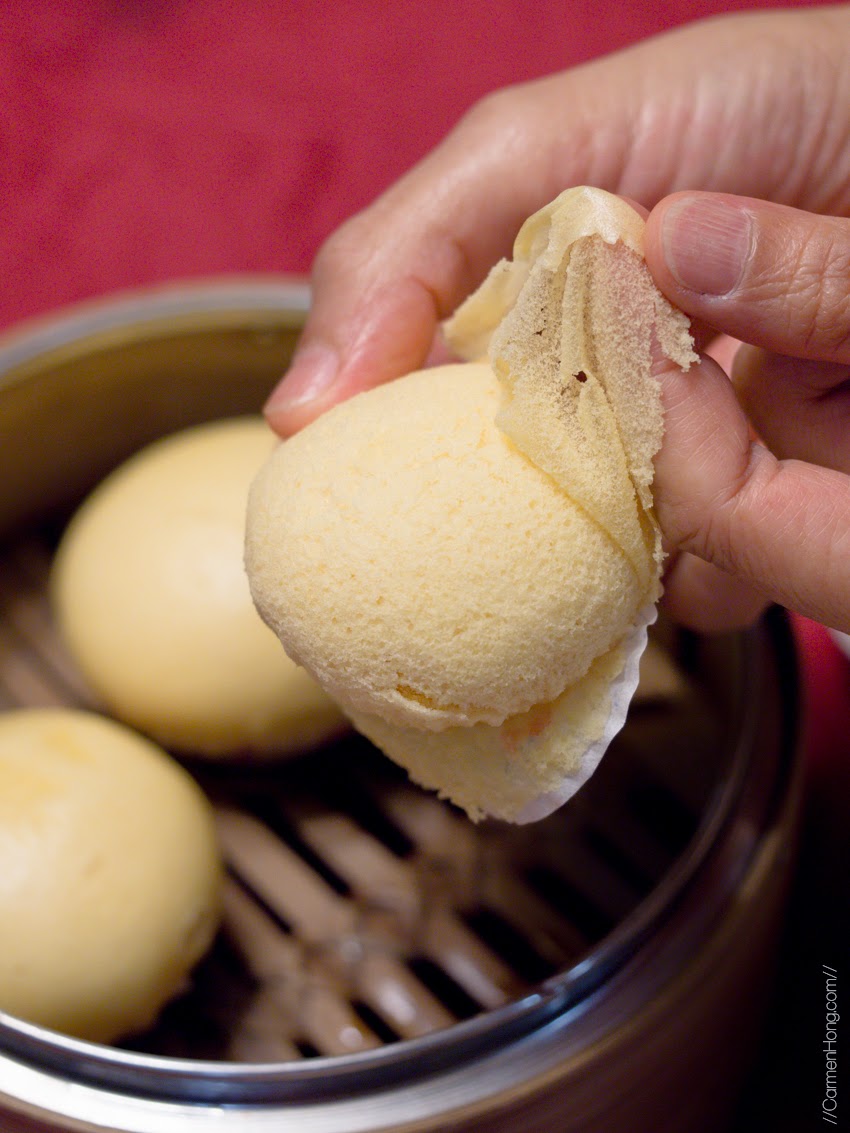 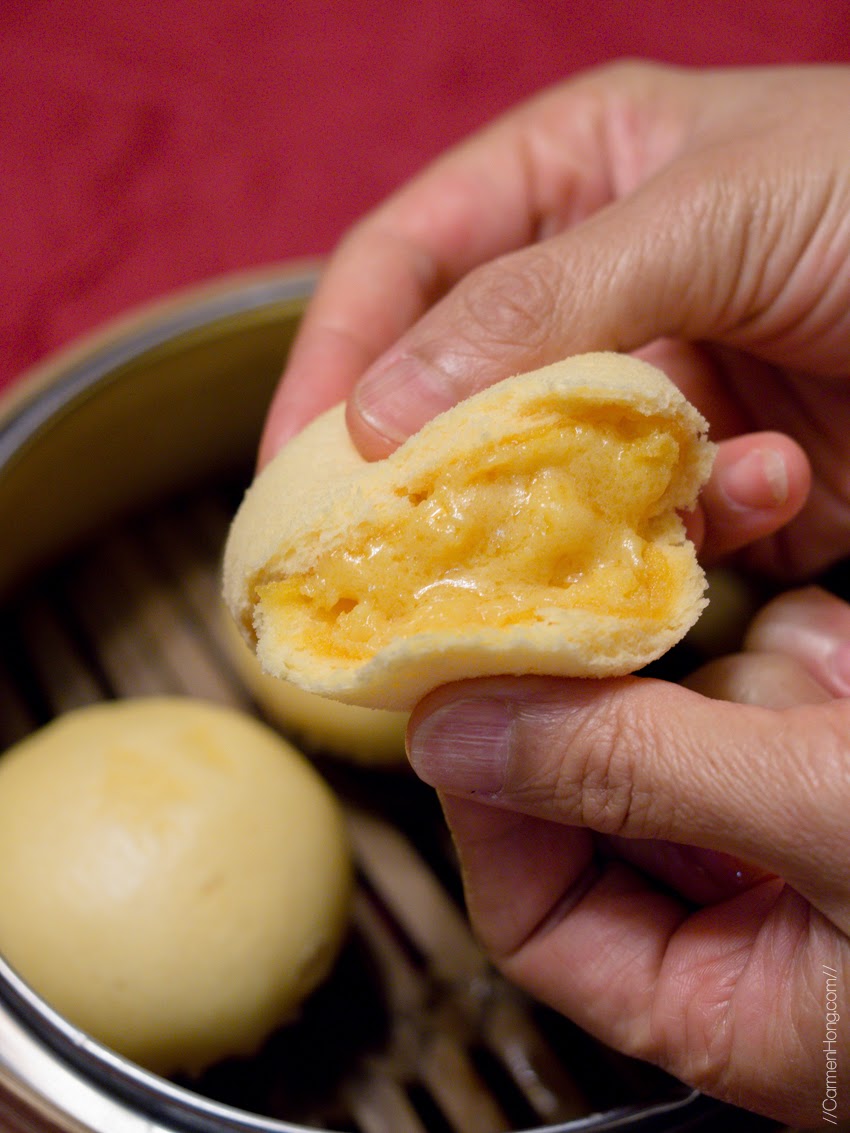 | Egg Yolk Custard Bun |
So, here are some pictures of the Steamed Dim Sum that I loved the most. It’s probably worth noting that Royal Gourmet is a pork-free restaurant and hence, the dim sum fillings are either chicken or some other meats. The best part of this would be that if I didn’t tell you that, you wouldn’t have been able to tell the difference also. The chefs at Royal Gourmet has successfully made so amazingly, that you can’t tell the difference all that much.
Of all of the Steamed Dim Sum I had that day, I loved the Egg Yolk Custard Bun the most, simply because once you sink your teeth into the bun, you’ll be greeted with the salty egg yolk yummy gooey-ness. This was only the second time I had this type of bun and I have fallen in love more with Royal Gourmet’s version because it’s salty and it wasn’t too doughy. 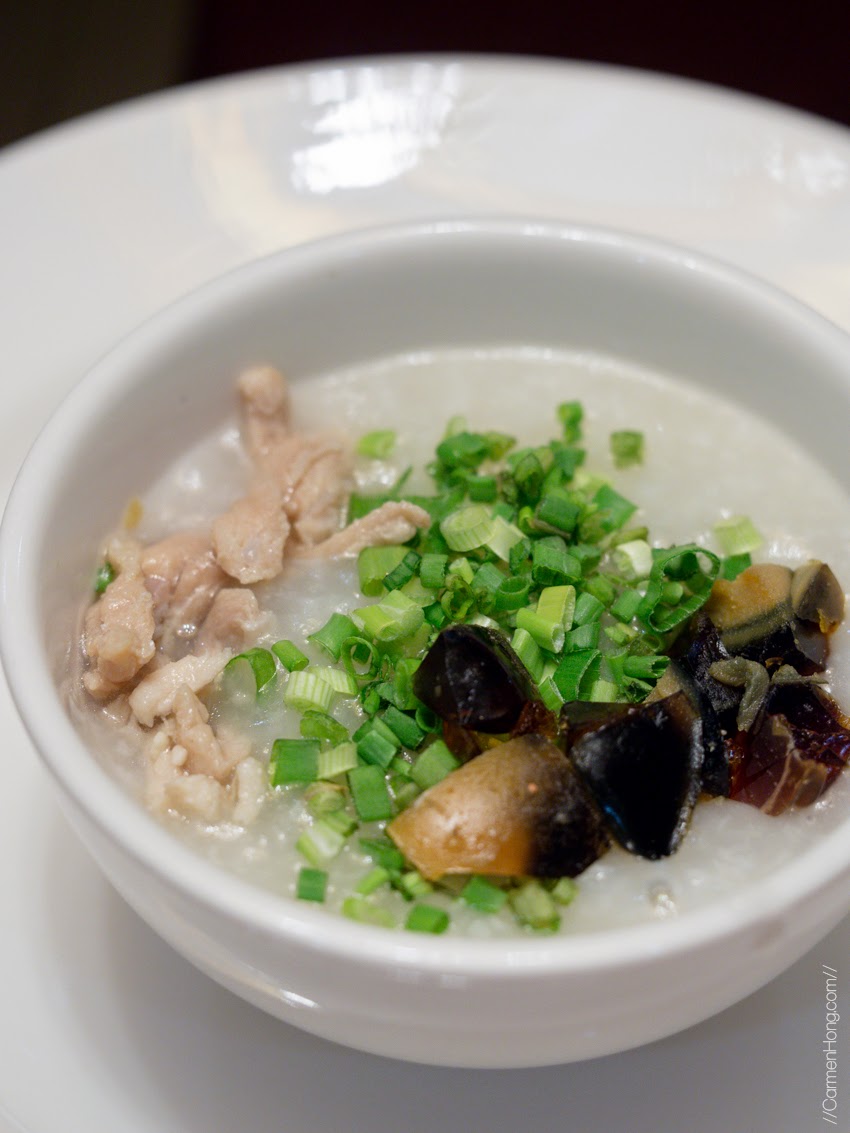 | Porridge with Century Egg and Minced Meat |
It’s also worth mentioning that the porridge was unassumingly delicious, I mean it’s just porridge and that was something I would usually not take when in a buffet spread. But I’m glad I did try this porridge because as simple as this was, the porridge was silky smooth and the combination of the minced meat and the century eggs worked wonders! 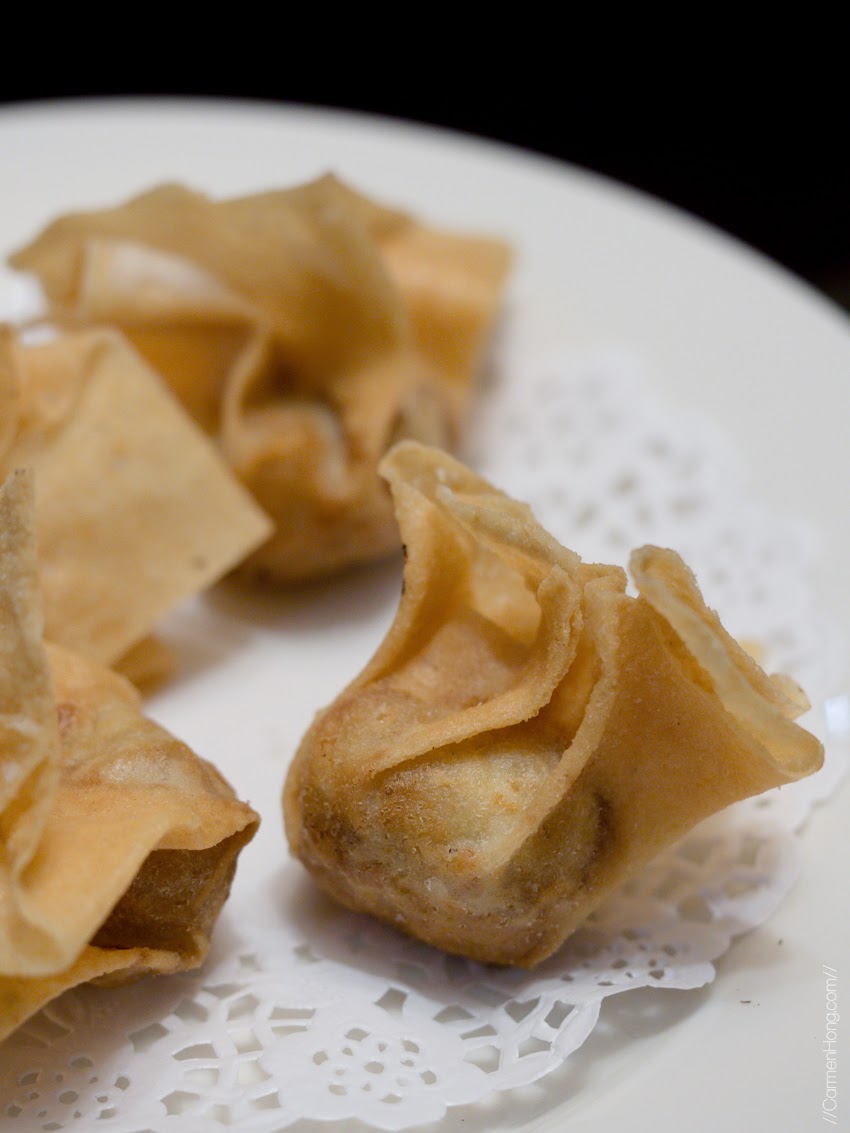 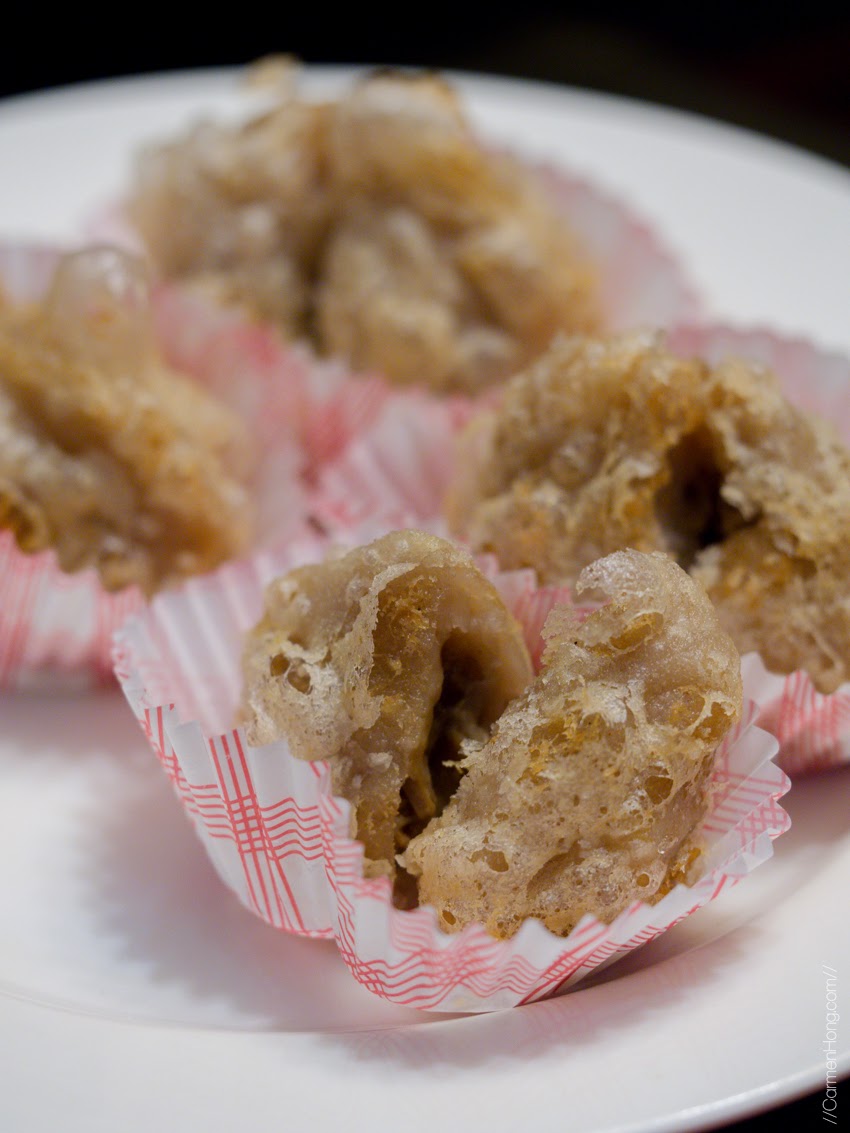 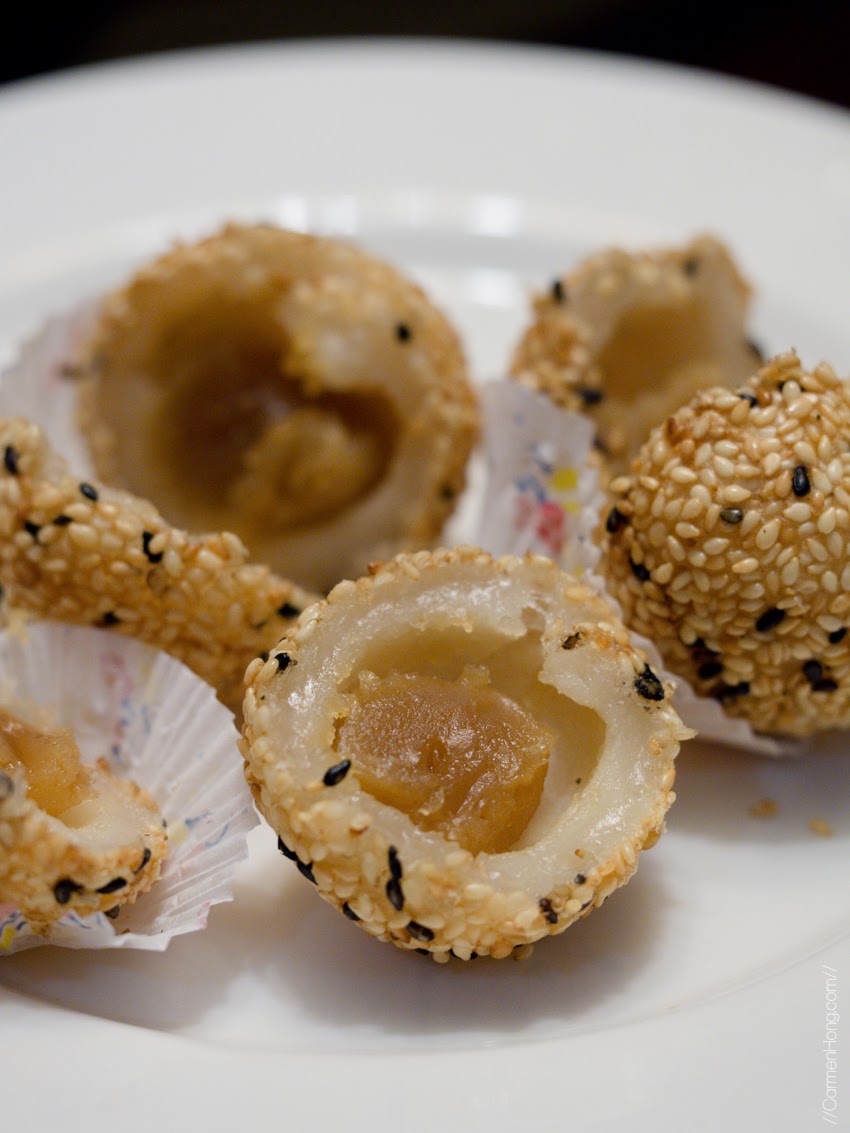 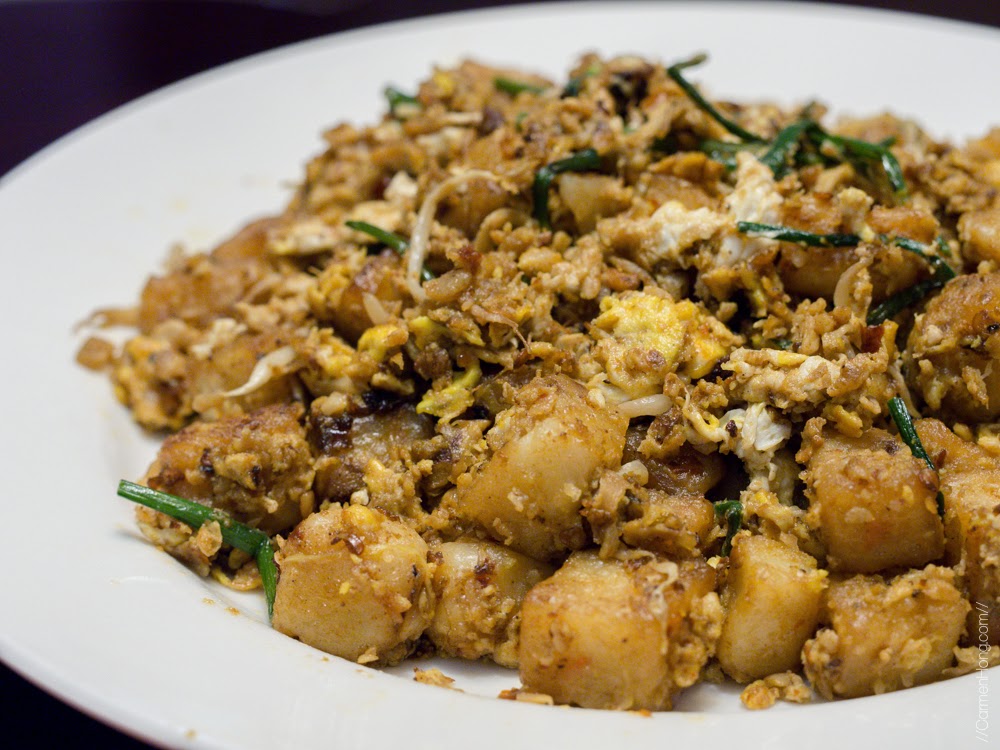 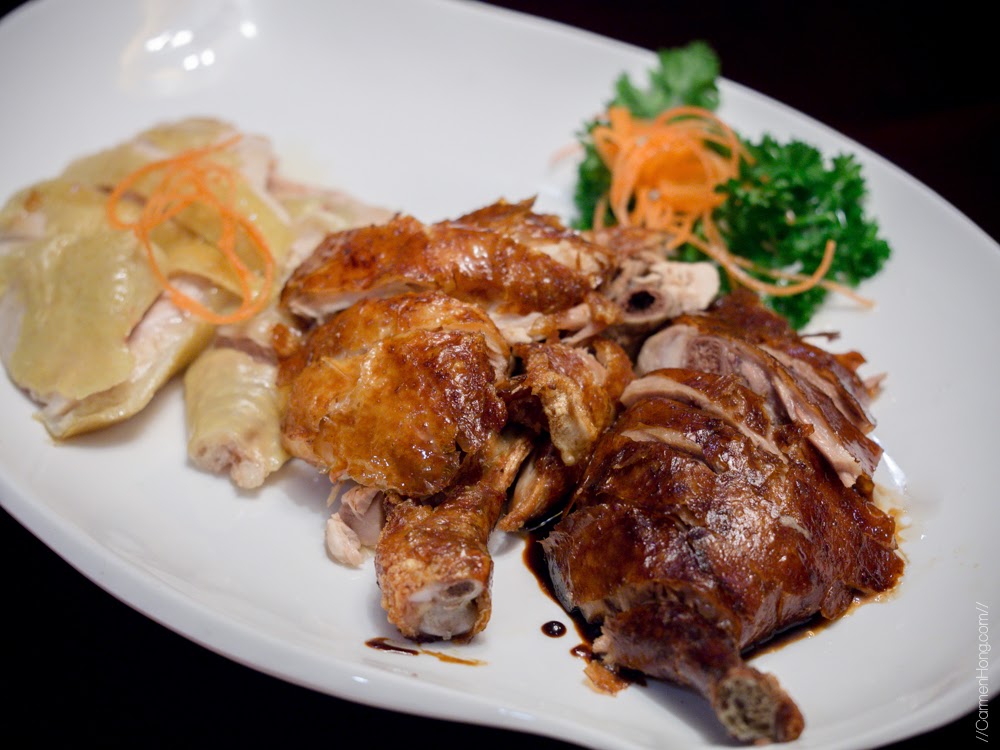 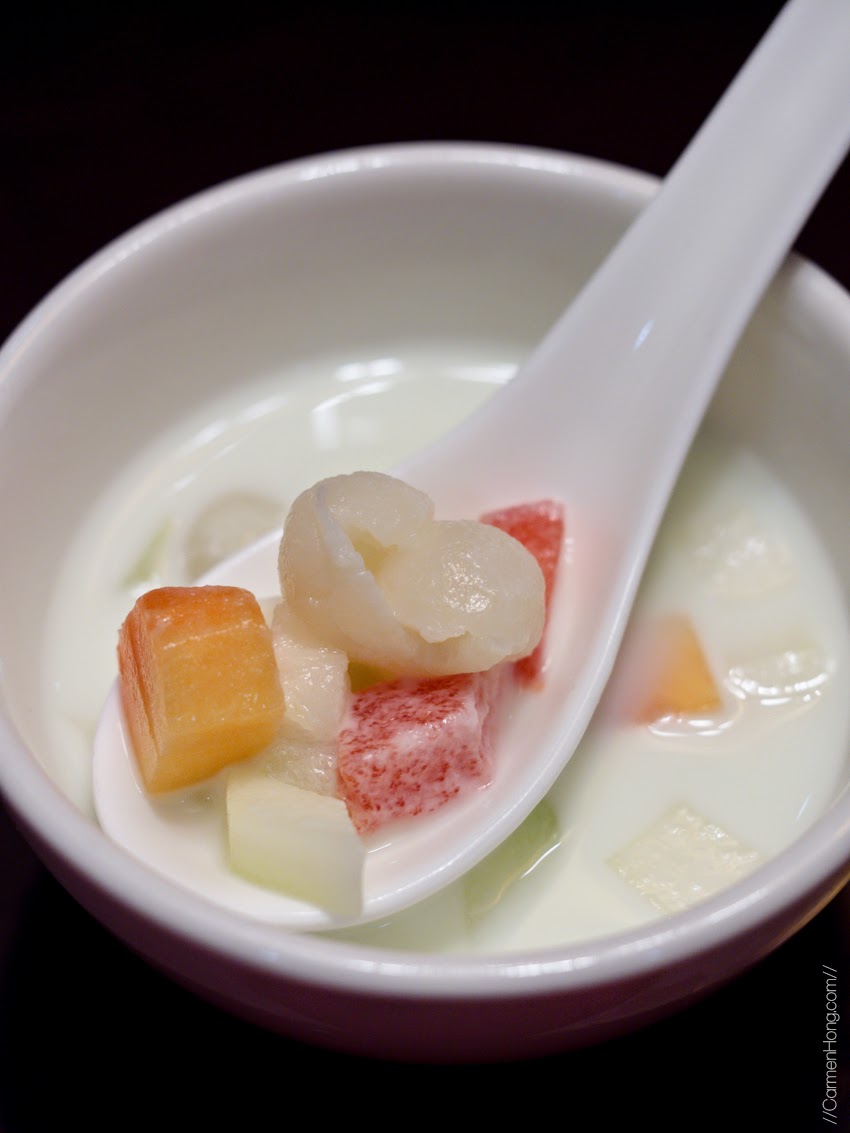 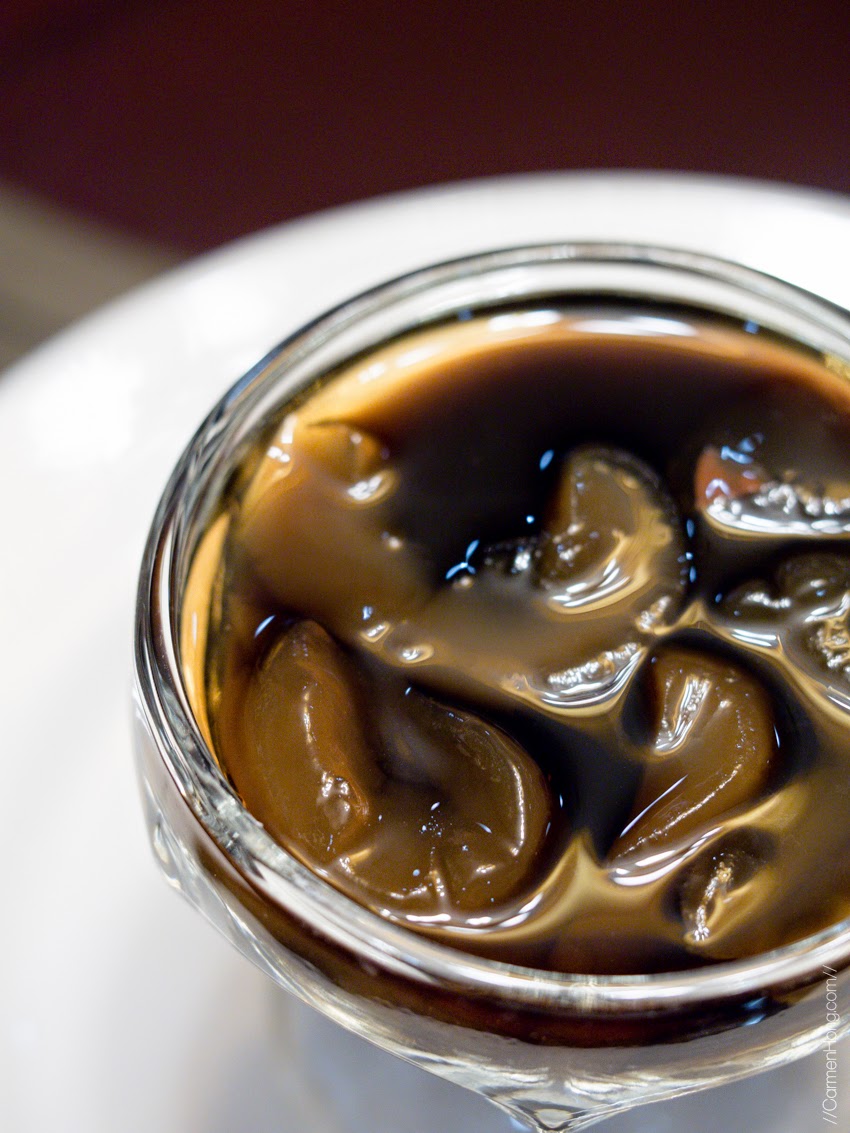 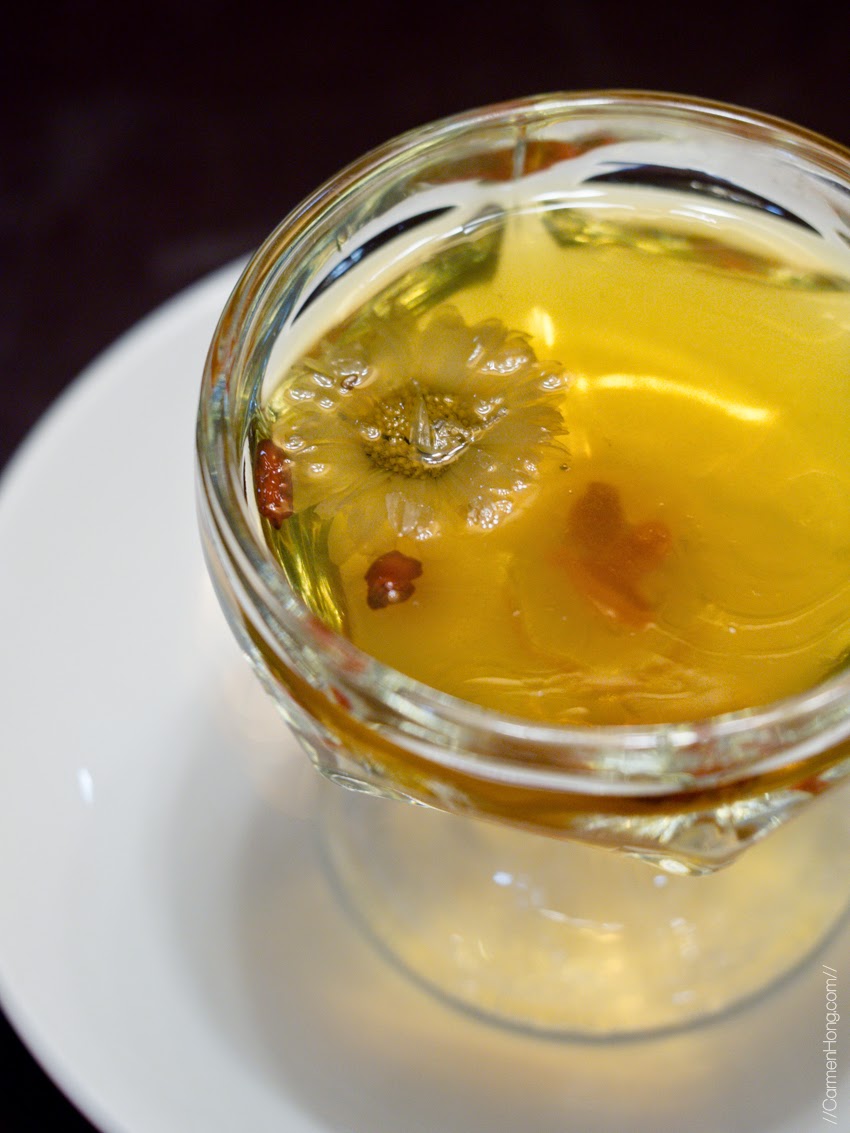 | Chilled Chrysanthemum with Wolfberries Jelly |
On top of the dim sum spread, there is also a wide spread of desserts ranging from Sweetened Mochi, Crispy “Shanghai” Pancake, Chilled Snow Skin Pumpkin Dumpling, Chilled Snow Skin in Gold Fish Shape, Chilled Homemade Herbal Jelly with Honey, Chilled Fresh Mango Pudding with Berry Sauce, Honeydew Sago and Chilled Chrysanthemum with Wolfberries Jelly.
If there is only one dessert you can have from the spread, you have to absolutely try the Chilled Chrysanthemum with Wolfberries Jelly. The jelly has a mild taste of Chrysanthemum and the wolfberries provide a nice texture to the jelly. After ‘wolfing’ down so many dim sum, having this dessert felt rather refreshing.
* * * * * * * * * *
Currently the All-You-Can-Eat Dim Sum Brunch is priced at RM58+ per pax and RM48+ for children, is served daily, from 11:30am to 2:30pm. Currently, there is a on-going 50% discount promotion especially for weekend diners as they only need to pay half of the actual price.
// Royal Gourmet in Premiere Hotel //
Bandar Bukit Tinggi 1/KS6, Jalan Langat, 41200 Klang, Selangor
03-3325 6868
Till next time,
xoxo
Share