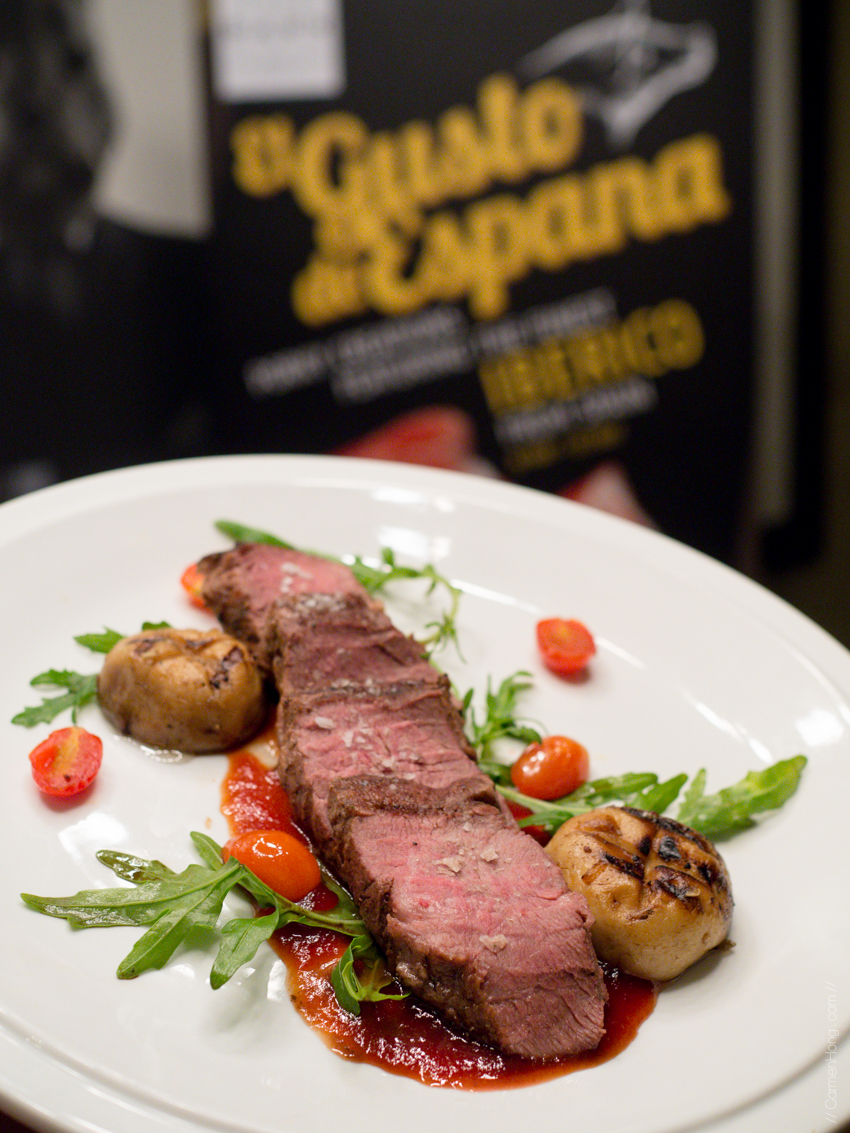 If you’ve never heard of Ibérico before, then it would just be a new word that you’ve come acrossed today. Let me change that for you, by giving you a meaning to put to the word – Ibérico.  For me, Ibérico is more than just a fancy  Spanish word. What wagyu  beef is to the beef lovers…. Ibérico is that to the porky lovers. It is the holy grail  of the meats,  and this is something that I came to realise after trying a few different cuts of the Ibérico de Belotta pork.
What makes the Ibérico pork so sought after is the rich marbling and distinct silky, nutty, mono saturated fats that’s high in oleic acid, giving it the distinct taste you won’t normally find in your everyday pork. Come to think of it, this meat doesn’t even have that significant porky smell. These Iberian pigs bred in sparse, large acreages of ancient oak forests (called ‘dehesas’) in the Iberian Belt of Spain. The black-hoofed, purebred Iberian pig roam the dehesas freely, feeding naturally on superior Holm Oak Tree Acorns. The daily exercise derived from the search of acorns burns away more calories than confined pigs, and allows for fats to infiltrate creating the rich marbling of intra-muscular fat in its meat.
Allow me to share with you what fine Ibérico de Belotta pork we had at The BAR°N, Pavilion KL in conjunction with their El Gusto de Espana promotion, which is available from 8 May till 15 July 2017. This promotion will feature five unique cuisine created with Ibérico de Belotta pork imported from Spain. 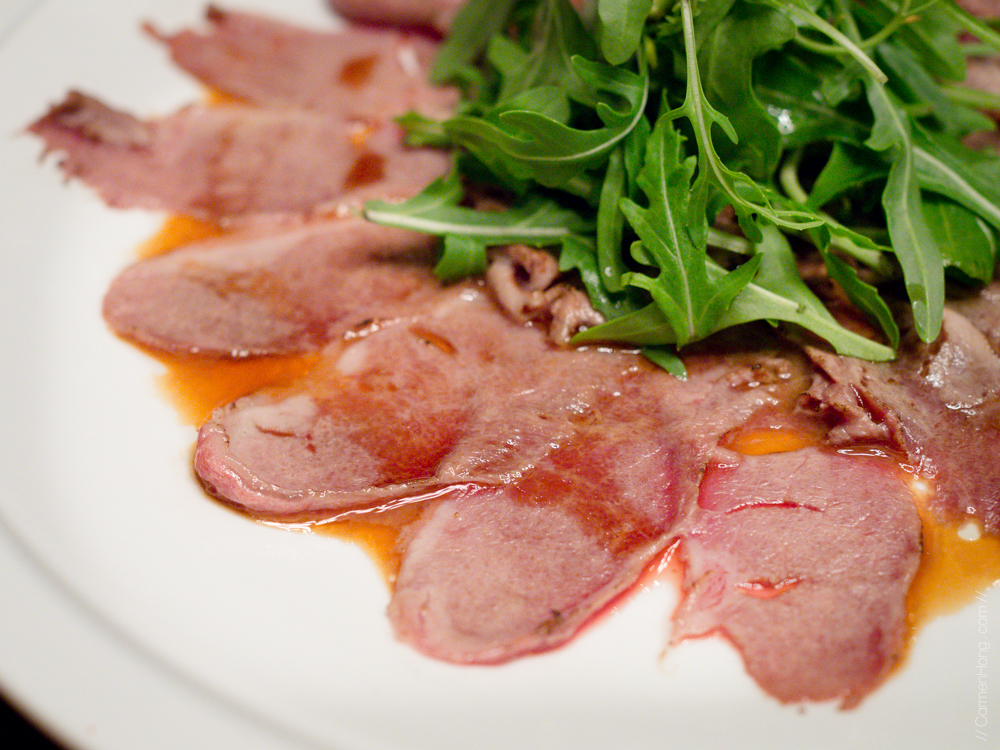 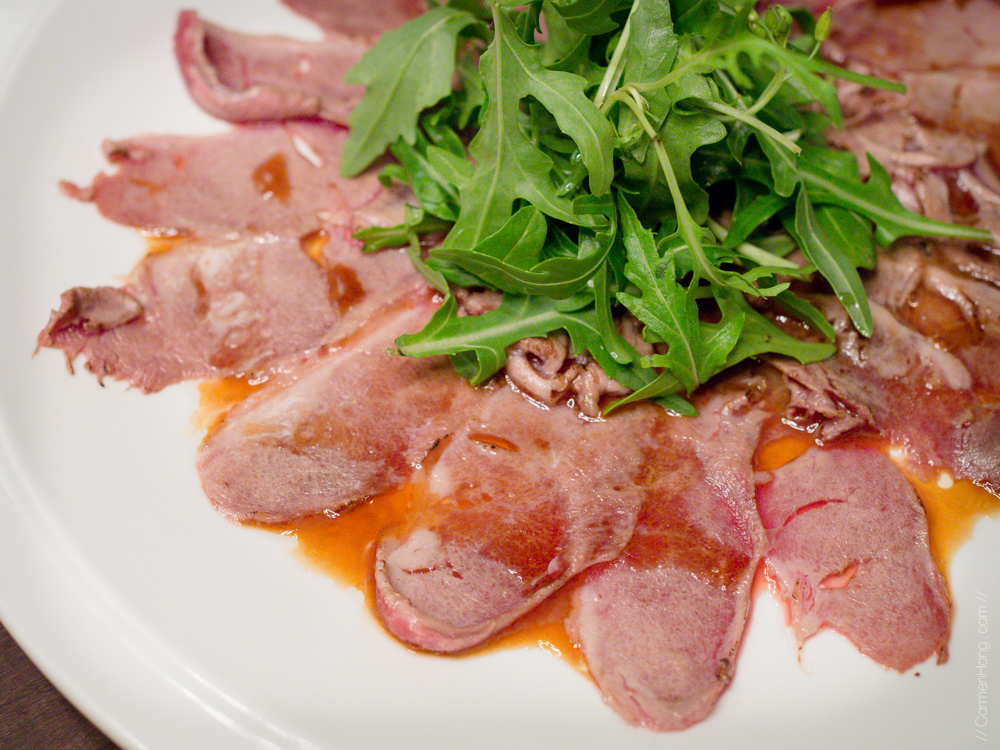 Ibérico Magro | RM38
This an exceptional boneless rib cut that combines texture with the rich remarkable flavours of Iberico… it’s tender, juicy and flavourful. This Ibérico Magro cut is thicker than the Ibérico Solomillo Carpaccio, so you really get to savour the taste of the meat. It’s slightly fatty too, but it’s the kind that melts in your mouth as you chew. Oh-so-heavenly! 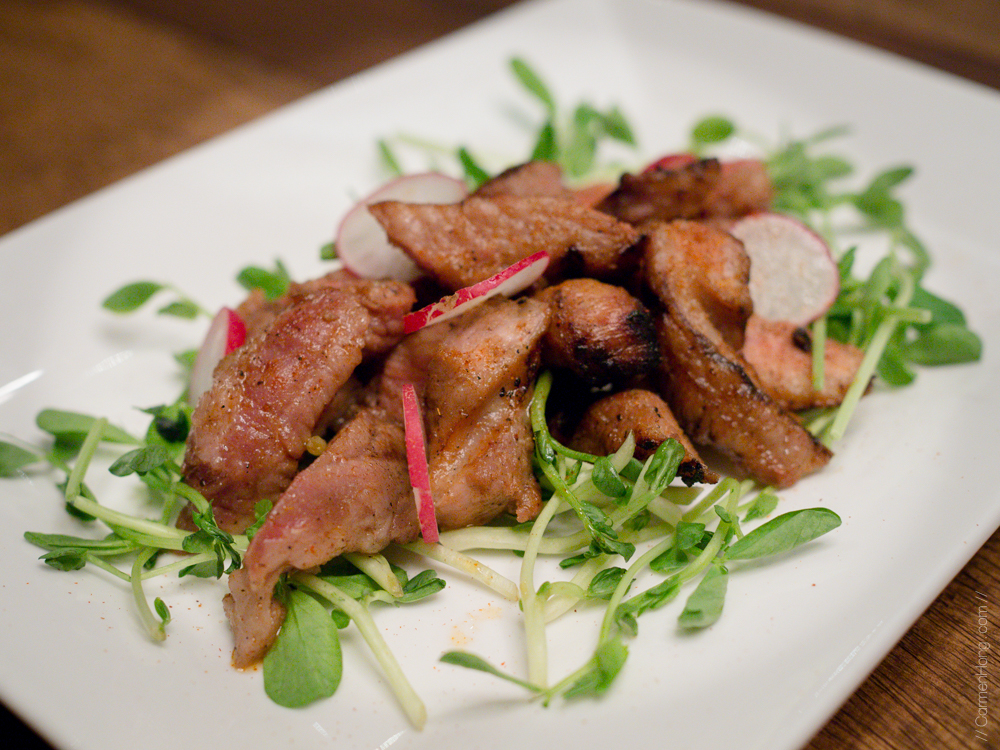 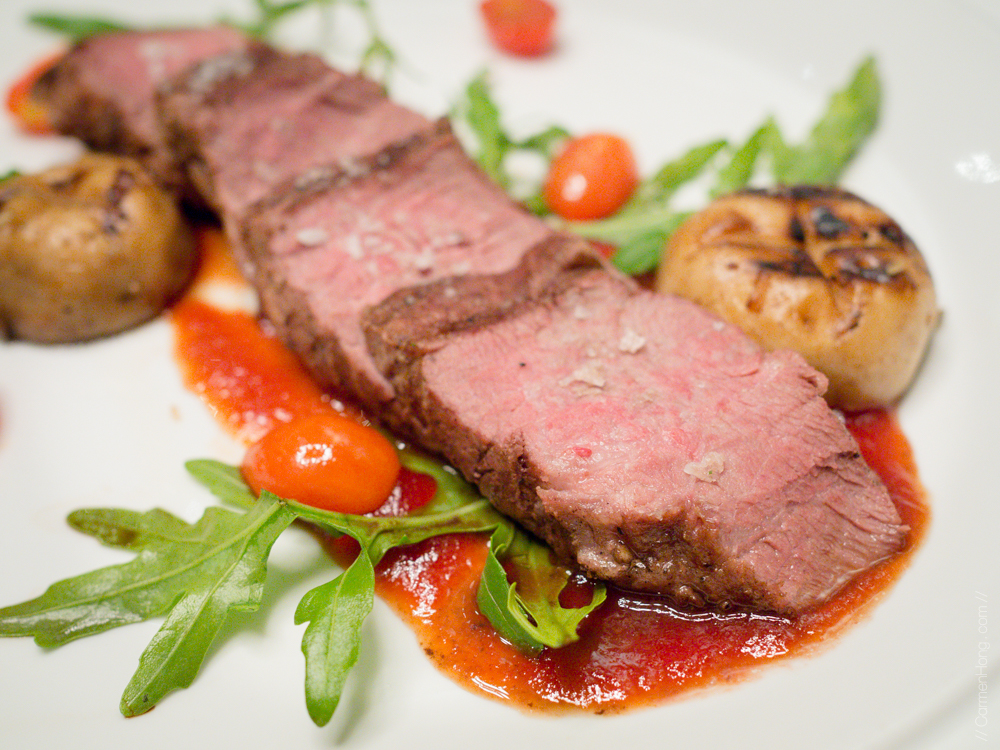 Ibérico Presa | RM58
Meet the wagyu equivalent of porcine world. This is the shoulder cut, which is packed with immense flavour; succulent, sweet, almost nutty. Even thinking about it now makes me salivate, so delicious! It is impeccably matched with anatural free range ingredients and finished with Spanish Sea Salt. I love the combination of using the Spanish Sea Salt, as I get to taste bits of the salt together with the Ibérico Presa which is enhanced by the salt. 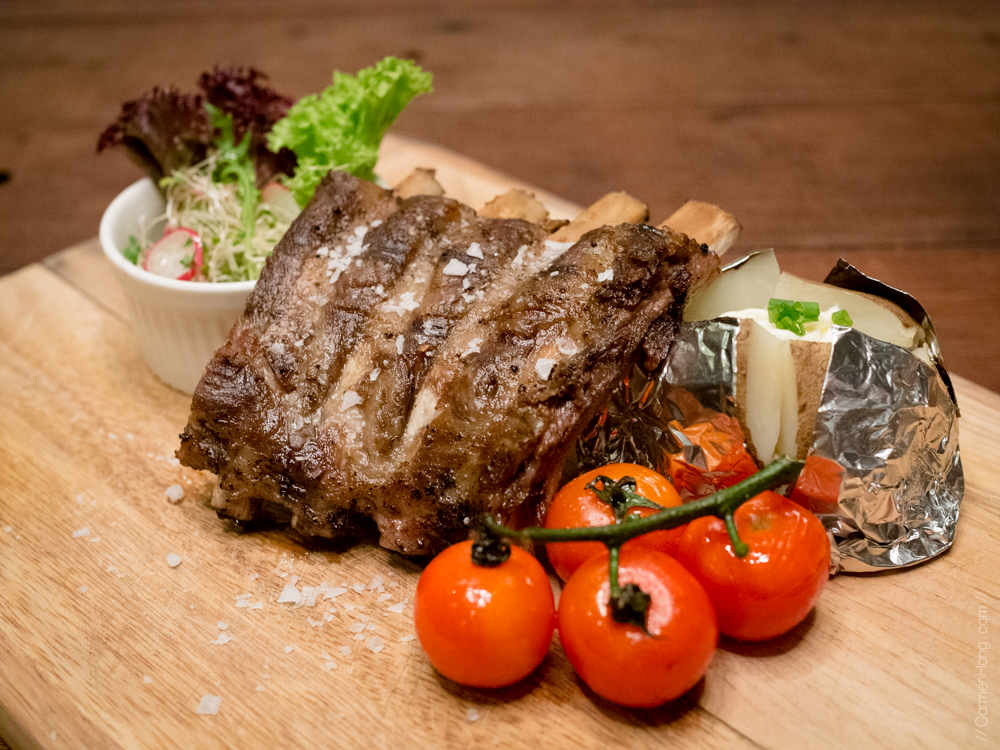 Ibérico Costilla | RM68
The Ibérico Costilla’s cut is actually the spare ribs cut, where the ribs has an intensely acorn-rich flavour. The best way to eat ribs is using your hands, and that is exactly what I did with it. It was cooked to perfection where the meat comes out of the bone easily, with a light tug. One bite into it and you’re boomed… greeted with juicy, nutty, melt-in-your-mouth goodness. Close your eyes, you can not imagine that this is how delicious pork ribs tasted like. There are three methods of servings; pure (topped with sea salt only) – this is the way Spaniards like it or with the secret homemade sauce (spicy / non-spicy)! 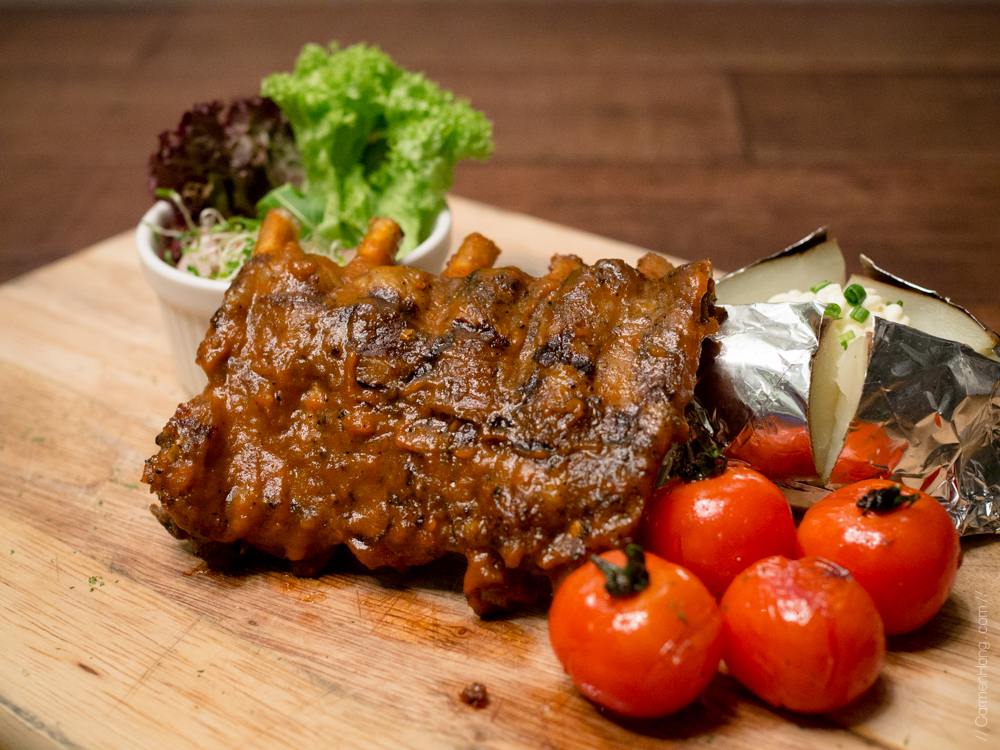 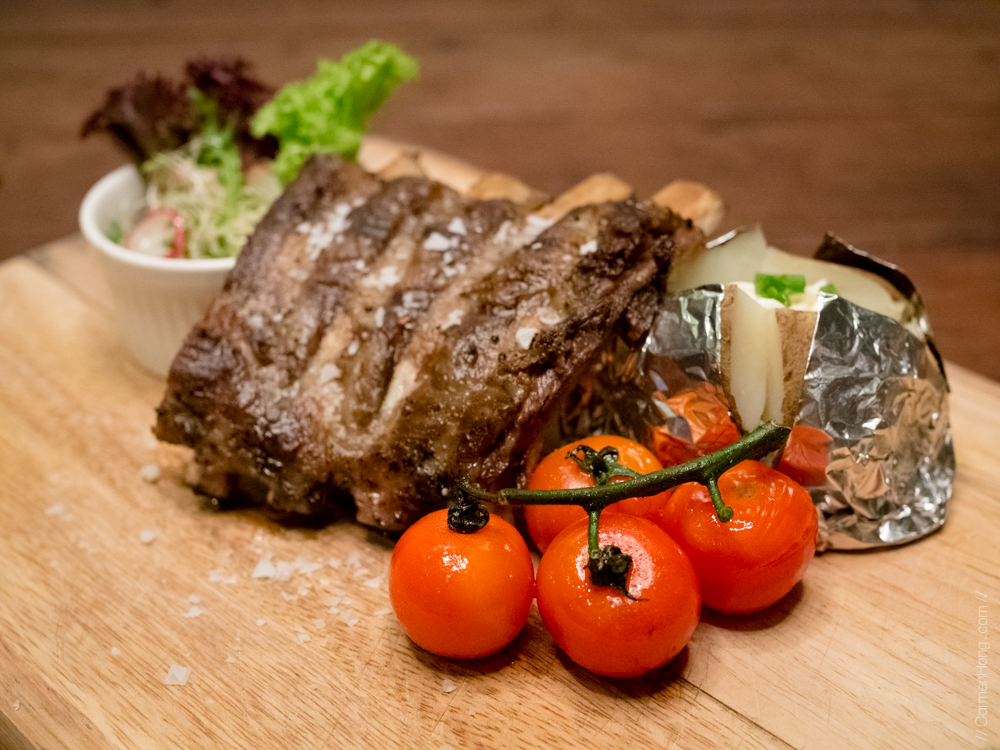 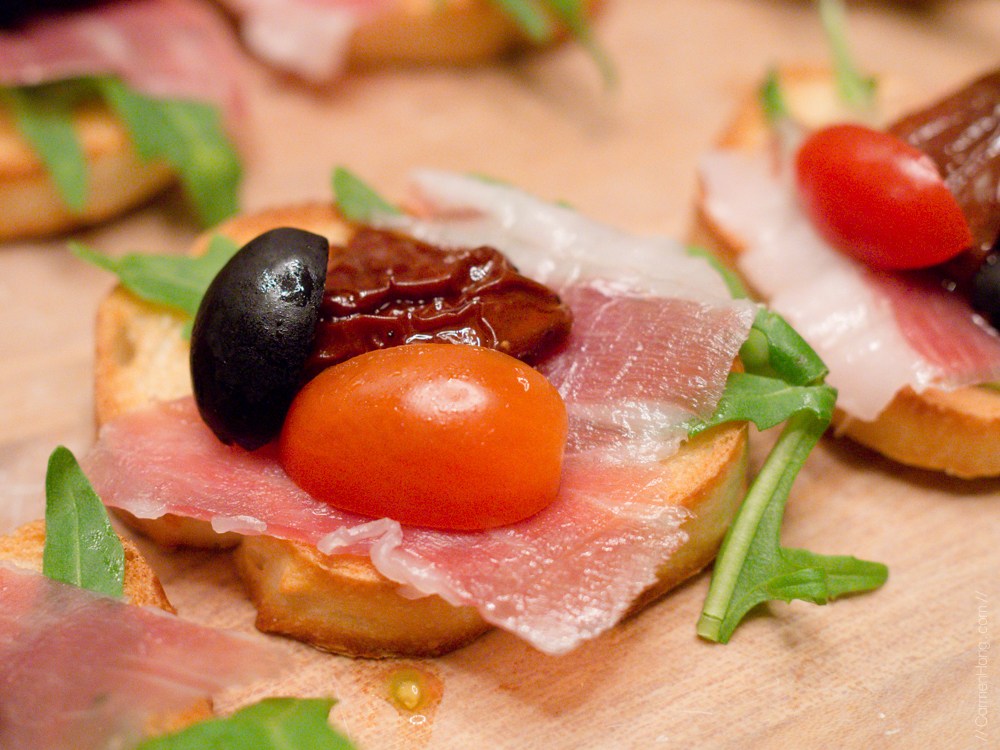 Ibérico Jamon | RM35
This is one of the most famous type of Ibérico meat, the cured Ibérico Jamon. It goes through a curing process for over 36 months. The grade of Jamon ham served at The BAR°N is the 100% Black Label Iberico de Belotta is known to be the finest ham in the World. The diet of acorns which the pigs feed on makes the fat of the jamon, dissolves in your mouth. There is so much depth in the flavour of the meat, with a combination that lingers on like a fine wine. I prefer the jamon, on its own sans the bread or sun-dried tomatoes as these would overpowered the intense flavour it had to offer. 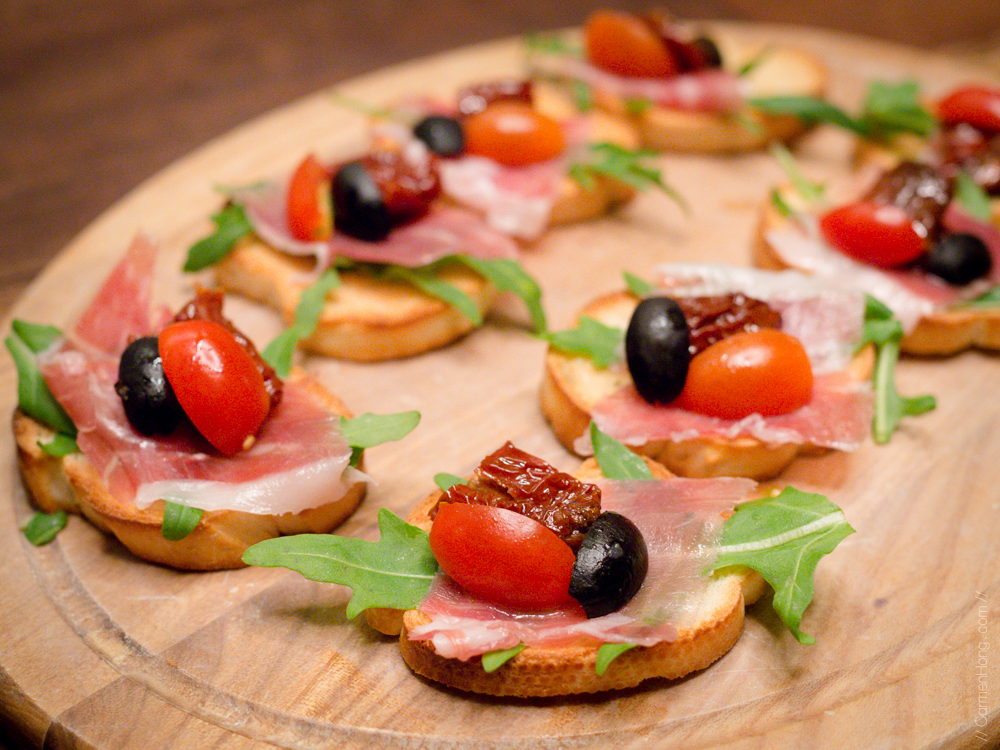 Ibérico Jamon | RM35
* * * * * * * * * *
And these are the dishes featuring the Ibérico de Belotta porkwhich is available for a limited time only, from 8 May till 15 July 2017. If you have never tried this famous Ibérico de Belotta pork, please honour your existence in this world by embarking on the most orgasmic food experience you have ever tasted. Every bite of the pork will leave you baffled, wondering how something this delicious could ever have existed and how lucky you are to be savouring it.  Imagine if you could have unlimited servings of the five variations of dishes that I mentioned above, for just RM188++. That is such a steal, and almost feels too good to be true….. except that it is true!
The BAR°N El Gusto de Espana EAT-ALL-YOU-CAN
Date: 7 May 2017, Sunday
Venue: The BAR°N @1 Mont Kiara
Time: 5pm – 9pm
Price RM188+ with 3 glasses of beer or wine
To purchase entrance passes (you have less than 48 hours!), call The BAR°N @1 Mont Kiara or The BAR°N @Pavilion KL. Refer below for the contact details.
* * * * * * * * * * 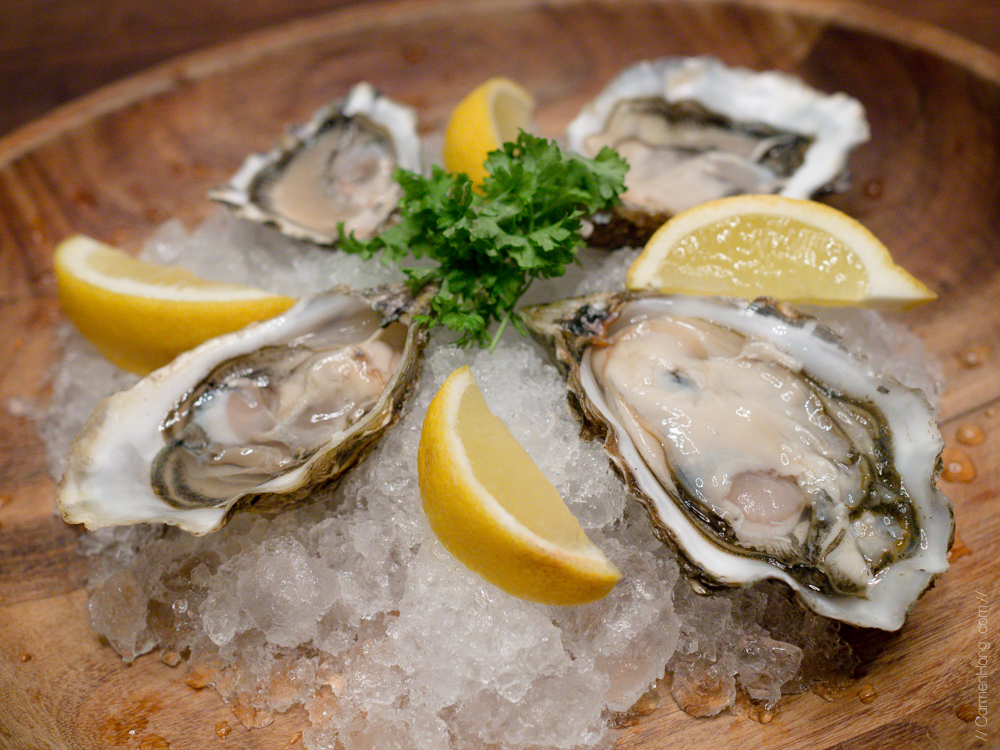 As if it wasn’t enough, The BAR°N have brought in oysters from different regions, or I would like to call them as treasures of the sea. The fresh raw oysters available are Kumamoto (RM45/3pcs), Shigoku (RM51/3pcs), Tsarkaya (RM54/3pcs), Fine de Claire (RM39/3pcs), US Pacific (RM30/3pcs) and Belon (RM60/3pcs). The oysters are from various regions of the world; Japanese, France and United States. We got to try four different types but my top two that I absolutely love are the Shigoku and the Tsarkaya. The Shigoku is small in size, but its flavour is dense but yet, very clean and distinct. Refreshing piece that leave you craving for more. Tsarkaya is my next favoutite because it’s powerful on the palette with flavour so pure. No wonder it’s one of my favourite. 🙂
* * * * * * * * * * 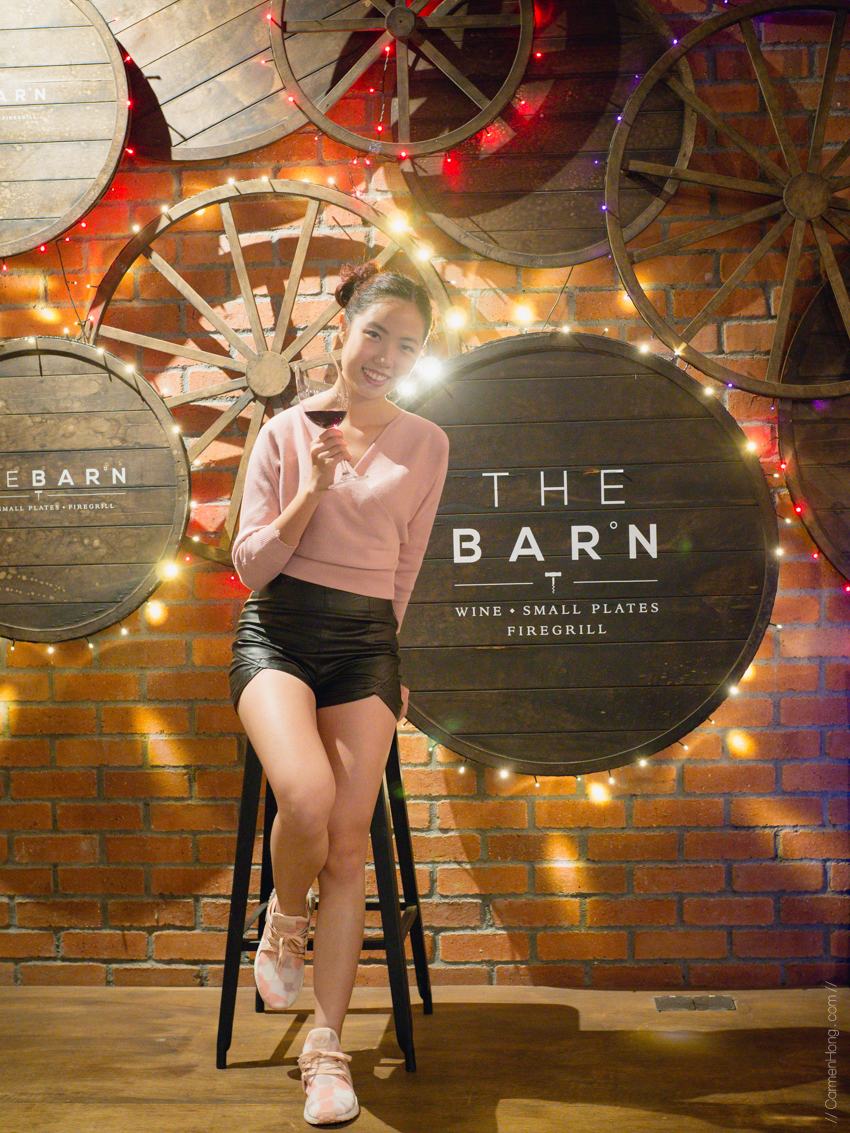 Out & About : Elements Medical Fitness Centre at Gtower, KL