I was at e@Curve the other day, and together with my friends, we couldn’t decide where to eat. Actually, they couldn’t. If I was anywhere near IKEA, I will always always always choose to eat meatballs at IKEA. Yes, meatballs would almost the only reason why I’d ever go IKEA or anyway. 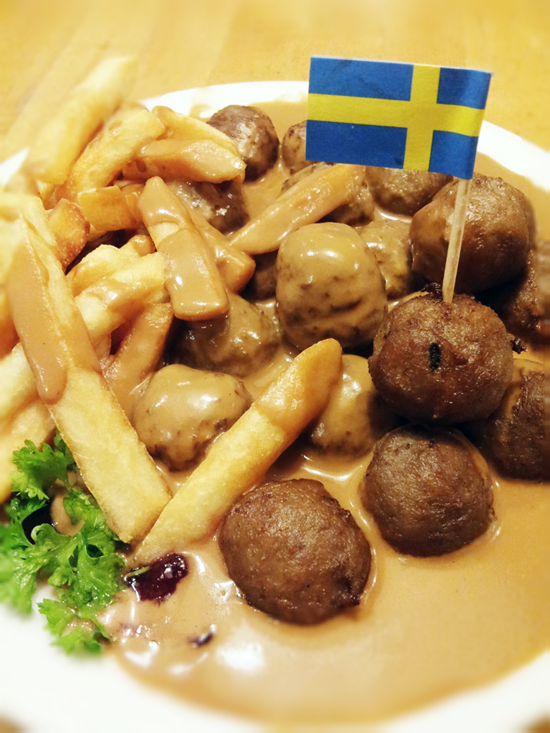 They didn’t actually want to eat at IKEA because we wanted to have a nice quiet place where we can sit down comfortably and talk. IKEA is so often crowded and noisy, so we opted for some nicer and quiet place like Garden. I have only been to Garden once in Sunway Pyramid and I thought it was a rather pretty restaurant, designed to look as what their name is. And it seems cosy and comfortable for a nice lunch, and so why not?

But as it turns out, on that day, there was a futsal match / event right outside e@Curve and it got pretty noisy, defeating our purpose of having a nice meal with conversations. Nevertheless, we went ahead and ordered anyway and right now, there are having a Buy 1 Free 1 promotion for all their pastas. 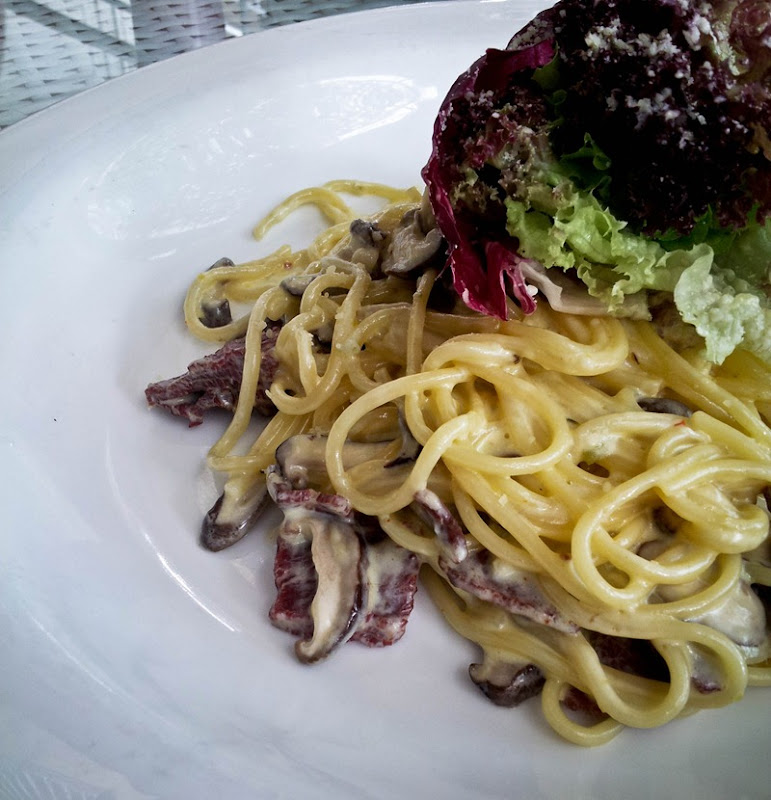 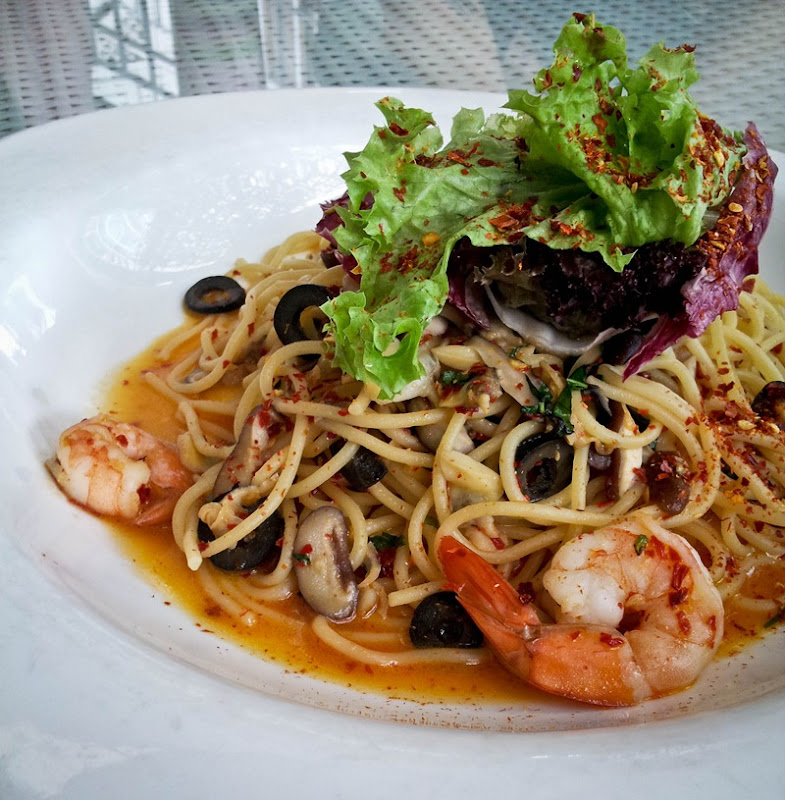 I had a taste of this and I quite like it, but the chilli flakes did make it a tad spicier than what I could handle. I never expected a seeming simple pasta like Olio Aglio would taste this good. They were generous with the olives, but skimped on the prawns and tiny clams. 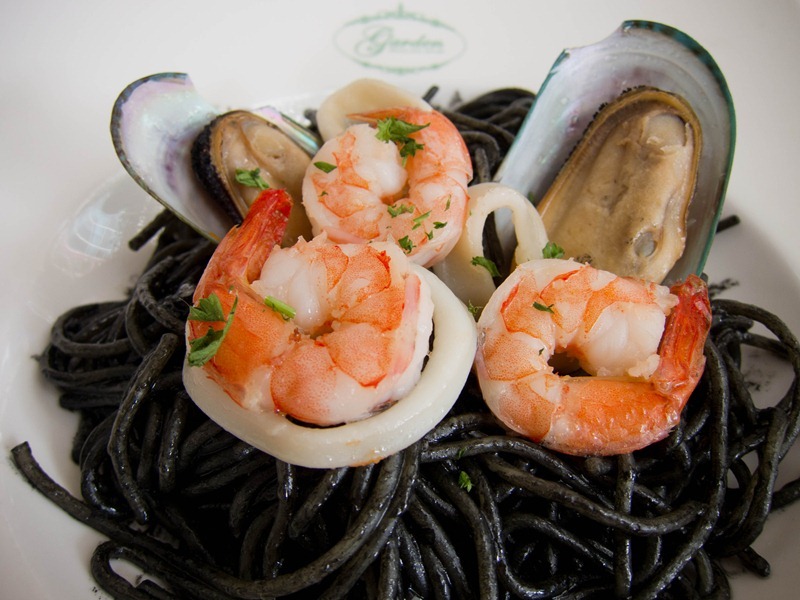 Squid Ink Pasta | Looks really plain to me but my friend said it was good. 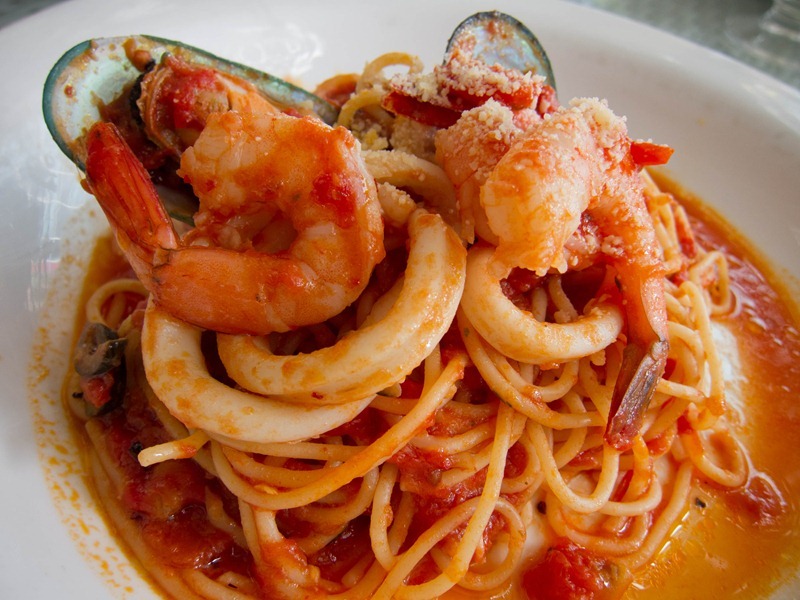 Seafood Arabitta | And, this is what I ordered.

If I’m not mistaken, I think I had a similar one in Porta Romano, (in Romano, it was named after the restaurant itself) which was why I ordered it that time anyway. I rarely eat pasta outside, but I really loved the one from Porta Romano. (Read about it here.) Seeing that Seafood Arabitta looks almost similar to it, I thought I’d try this one from Garden.

Turns out pretty decent for a pasta, but to be completely honest if I compared it with Romano, it’d fall short because the Garden’s one was almost bland. From what I know the Arabitta is actually supposed to be spicy, but it slipped my mind to let the waiter know how spicy I wanted it to be. And he didn’t bother asking me, so my pasta tasted nothing spicy. Also, the cheese sprinkles were awfully dry and powdery which somewhat ruined the pasta for me.

All-in-all, the Seafood Arabitta was still a decent pasta but I would say it isn’t the best one from Garden. The serving size is decent but it wasn’t loaded with clams, like in Romano.

So, the next time you head out to Garden Lifestyle Store & Cafe, you know which pasta to order. 🙂

Note: Pictures, if otherwise not mentioned, are shot with a Canon S90. 🙂

How to: Winged (eye) Liner

How to: Winged (eye) Liner