Hola, peeps! About a week ago, I was posted about the Clothes’ Buffet held at Syopz Mall and I did share just how excited I was to finally be able to attend the event! I have been wanting to attend the buffet years ago when it first started and I finally had the chance this year. I did wanted to blog earlier, immediately after it so that I can share my experience with you, for those who are planning to go there. But oh wells, I didn’t have the time too. So, I did to do a post event entry on the Clothes’ Buffet instead. 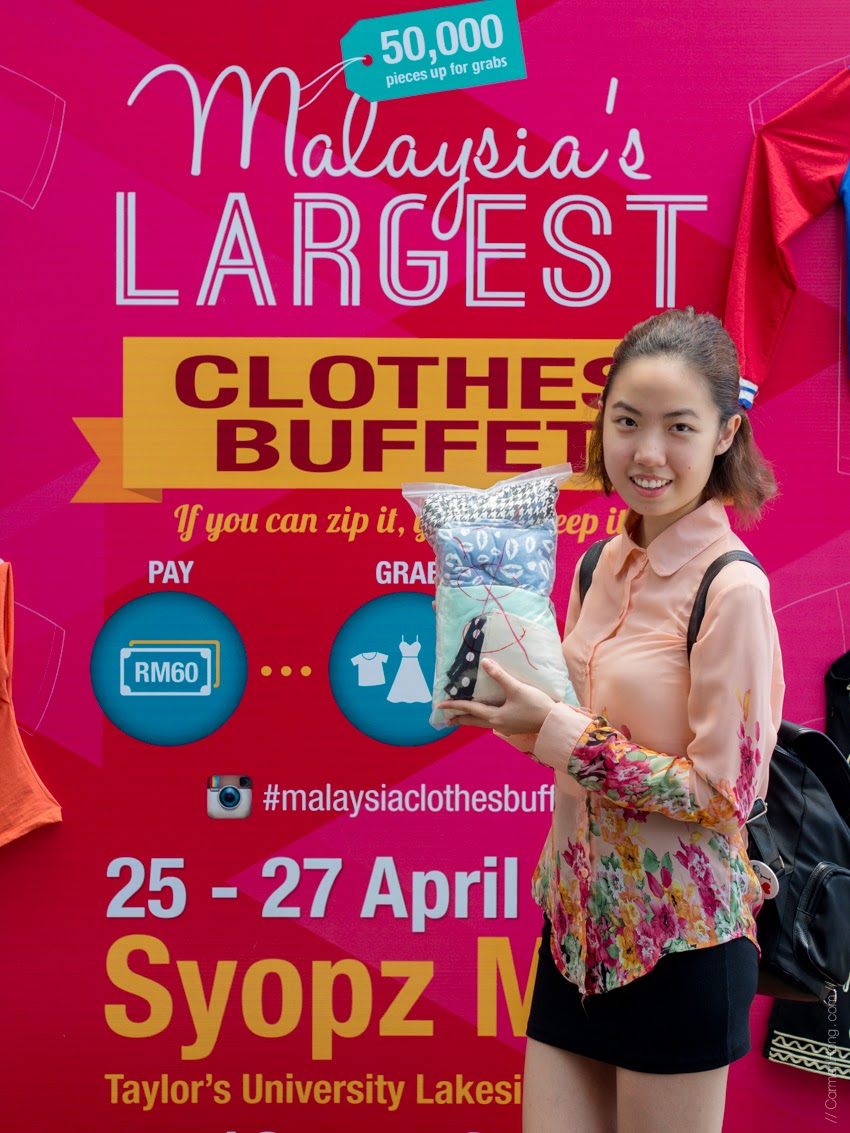 So, here’s a picture of myself (looking rather pale and sickly) and in my defence I was rather sick. That is the bag stuffed with 8 items that I managed to stuff into the zip-lock bag. I managed to get three tops, four dresses and one jacket. I have always been more of the dresses kind of girl anyway. 🙂 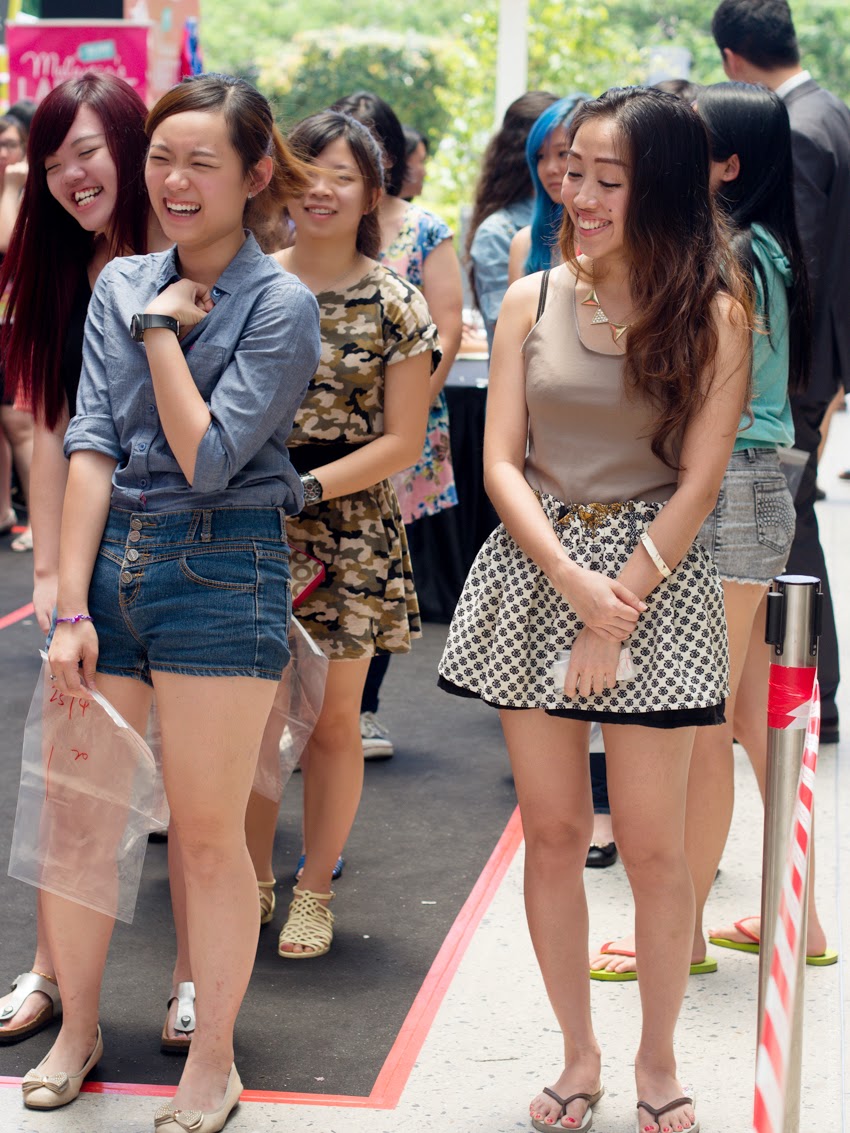 These were the girls at the start of the line. Basically, the girls queued behind the starting line with their transparent bags and wait for the cue from the emcee. Once the emcee says “GO!”, the timer starts and you have 15 minutes to stuff your bag silly. Just don’t break the bag or else there will be a RM20 penalty! 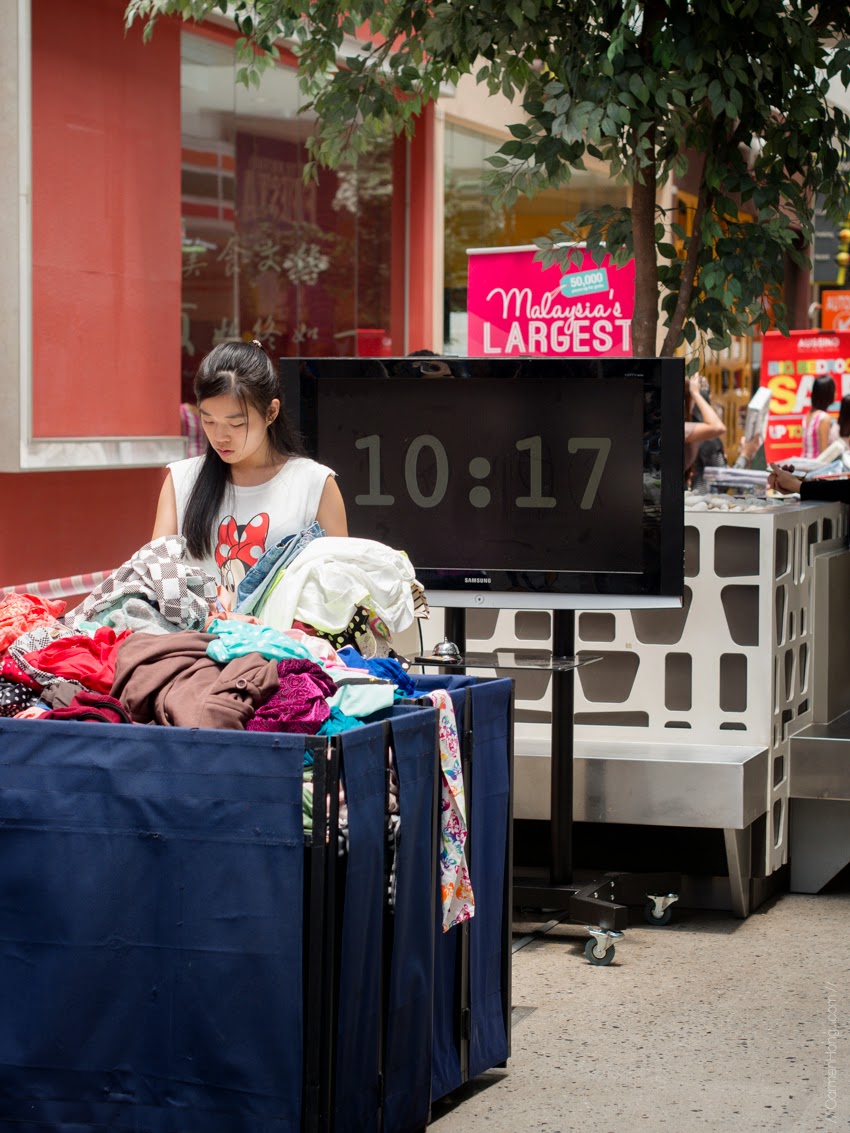 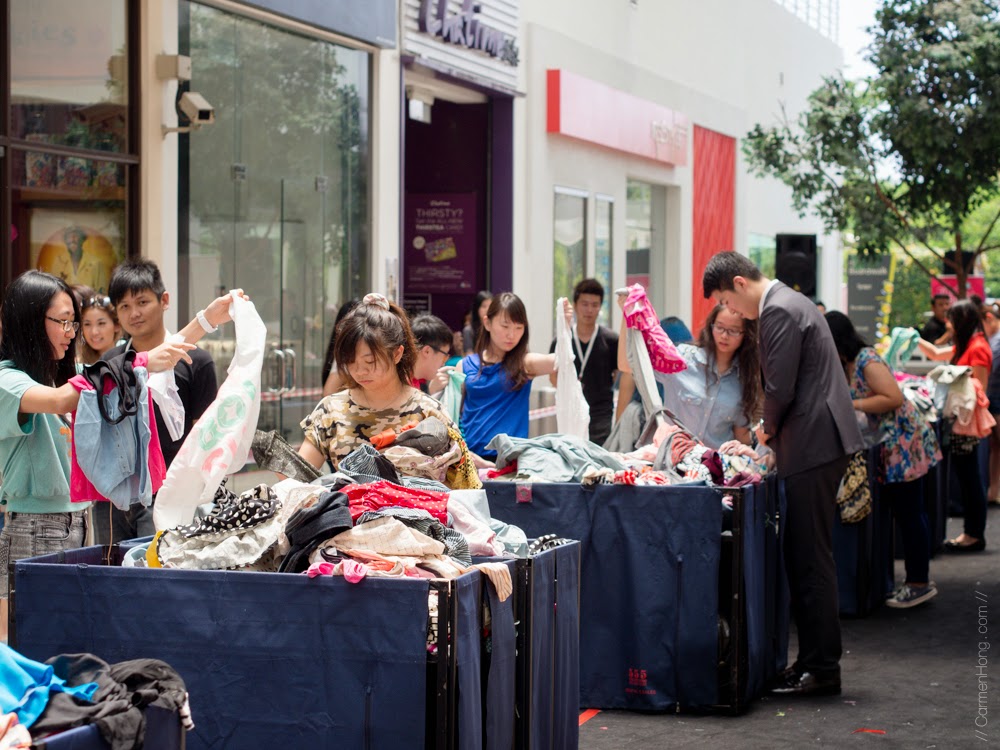 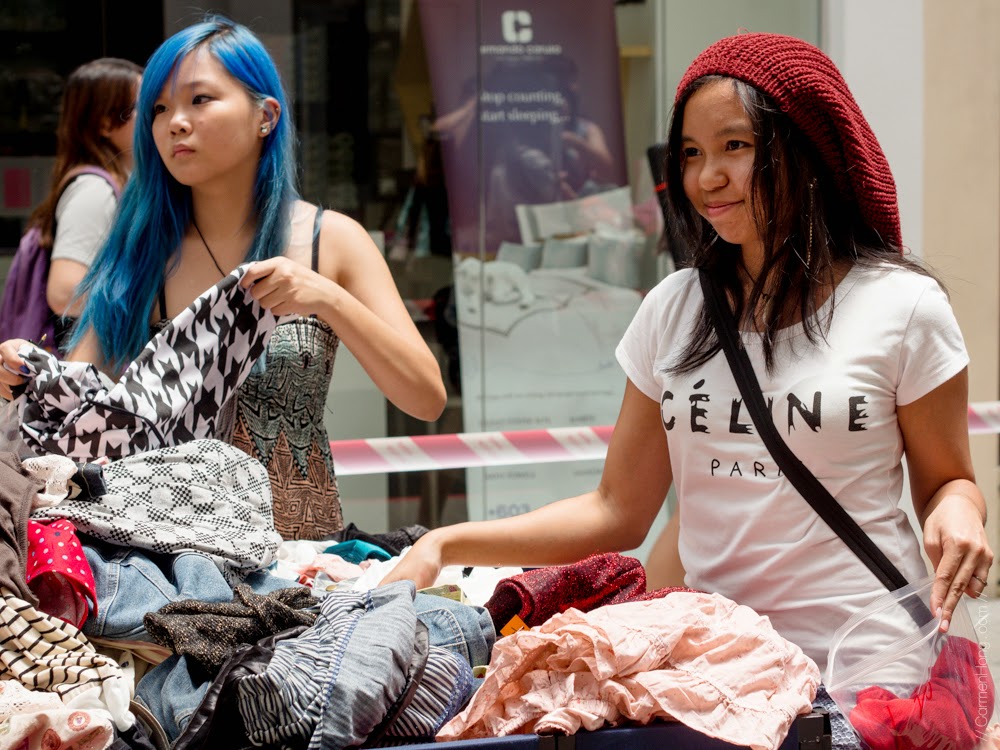 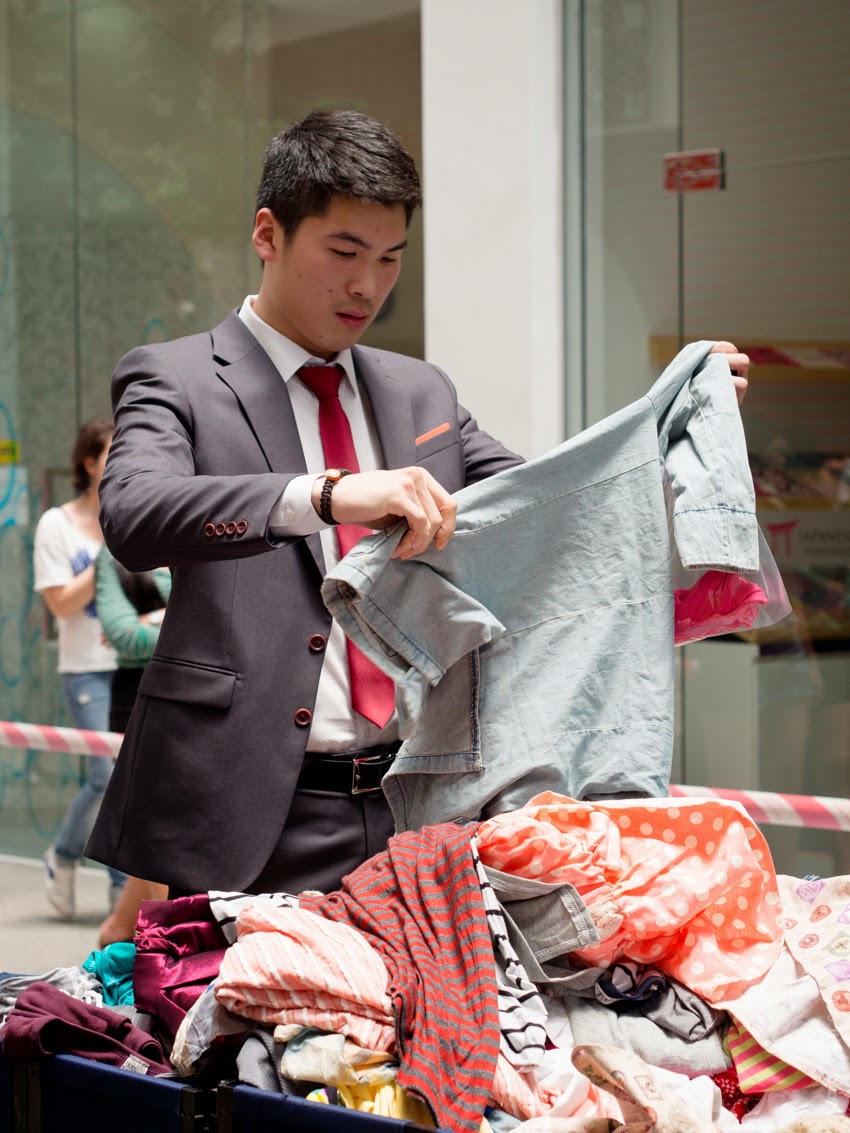 I don’t why there was suddenly a cute looking guy in suit and tie amongst the girls, but I figured he was helping his girlfriend or one of his girl friends. Haha, it was still an adorable sight. Anyways, the clothes are pretty much piled up just like in the pictures and it reminded me of those warehouse sales type. I am not sure though how it was done previously in other editions of the Clothes’ Buffet.
Personally, I found the experience of shopping under 15 minutes extremely fun. Because I do have to decide immediately whether I like the pieces enough to bring them back with me. But that is nothing new to me, when I shop alone (usually that’s when I’m most productive), I scan through clothes in a shop really quickly and I keep moving on until I know what I want or which I have fallen in love. I do stick to a certain styles so it’s not that hard to know what I like and don’t. I am sure you’re interested to know what I have gotten from the buffet, so I took pictures of them all except one top which was mistake. I look horrible in that, so I won’t show that. 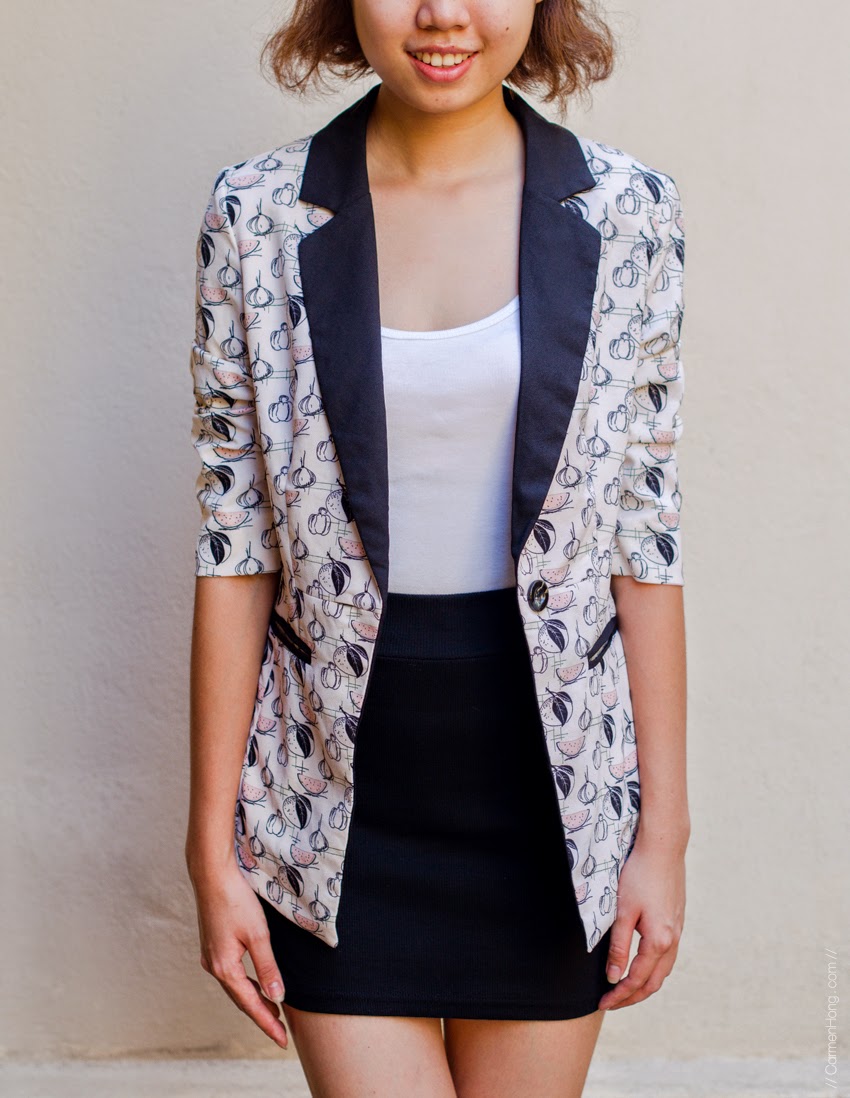 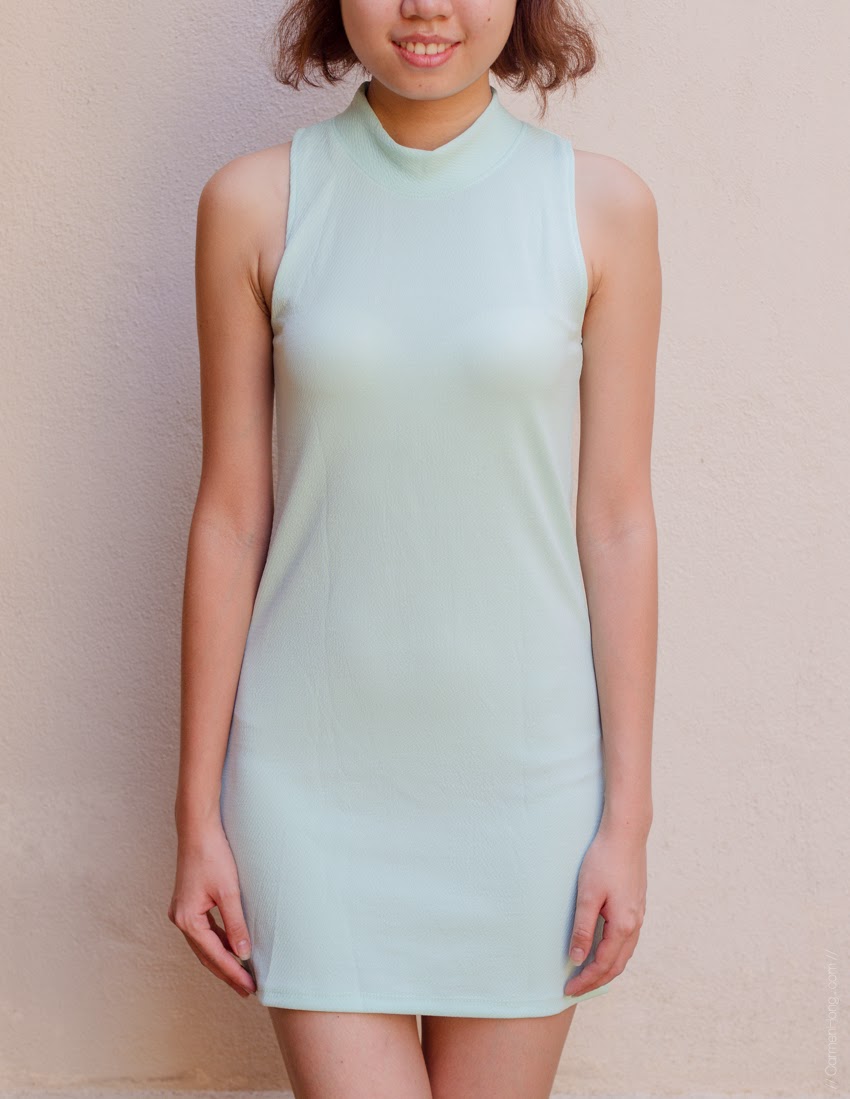 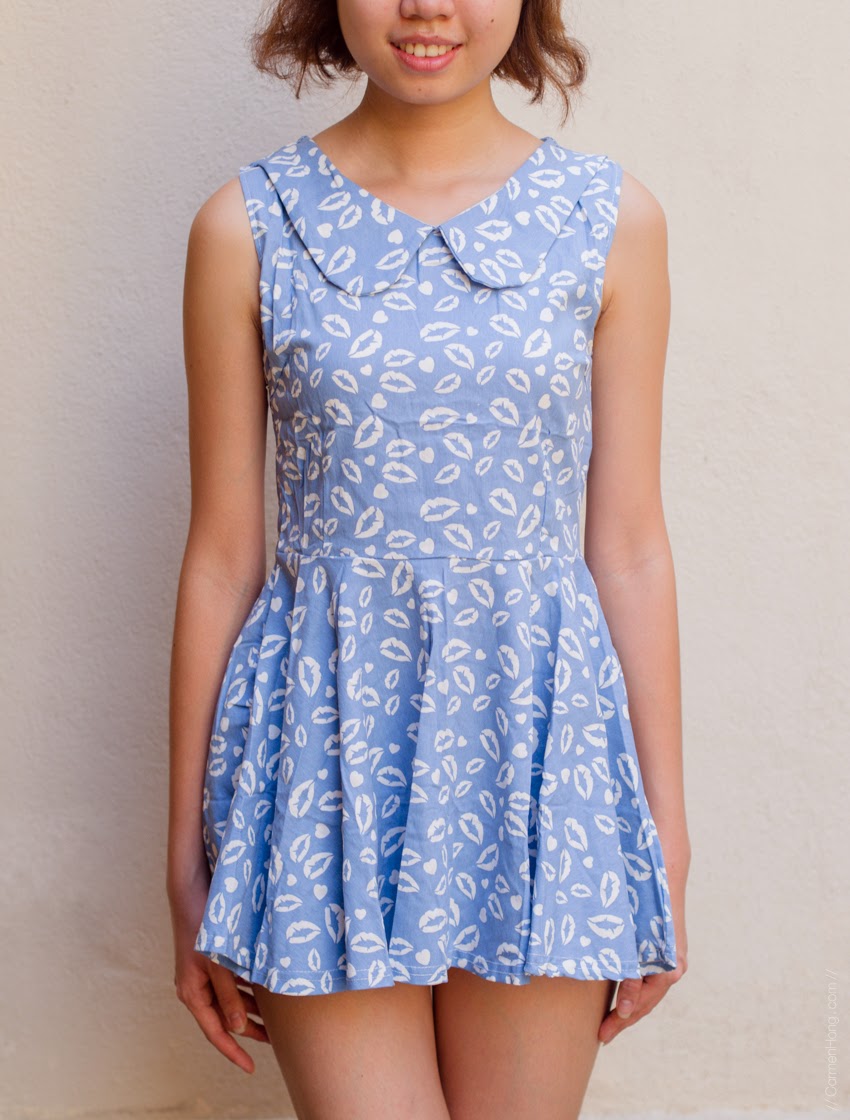 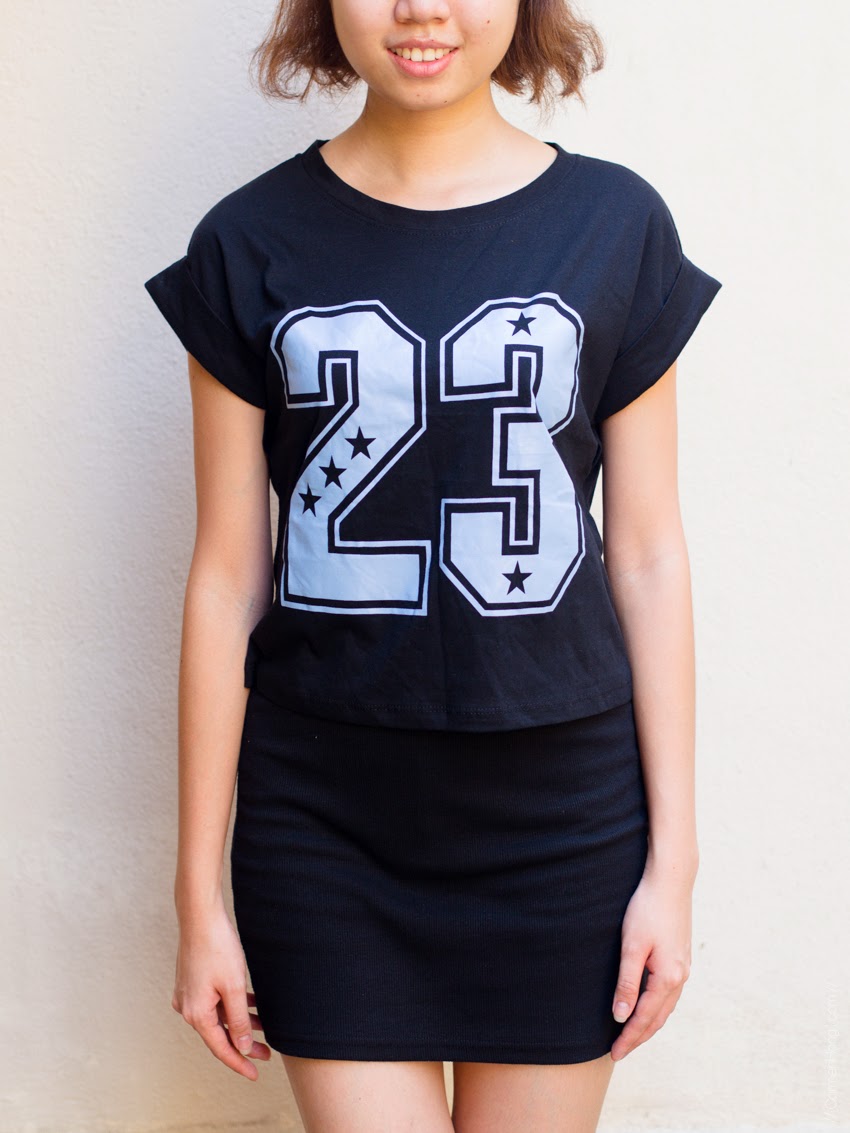 * * * * * * * * * *
And that’s all from the Clothes’ Buffet! Which of the six pieces did you like the most? I think I love the food prints jacket, which so explains me anyway. So, how was your Clothes’ Buffet experience if you went? And if you didn’t would you attend the next year’s one? 🙂
Till next time,
xoxo
Share