Gone are the days where you’ll pay full price for meals, not when there are group buying websites around offering unbelievable deals. If you haven’t noticed, the trend these days are to purchase vouchers from these website and then, redeeming them at the restaurants. Recently, I purchased a deal for a mere RM 12 from Everyday.com.my. The deal is for a all-you-can-eat steamboat and charcoal BBQ buffet. It seems like a really good deal to be missed, so I bought five vouchers for the family as well. 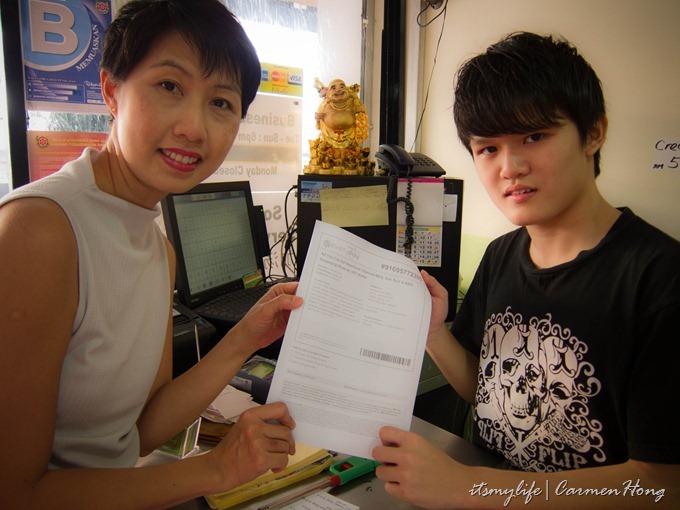 This is mommy, redeeming our vouchers. 🙂 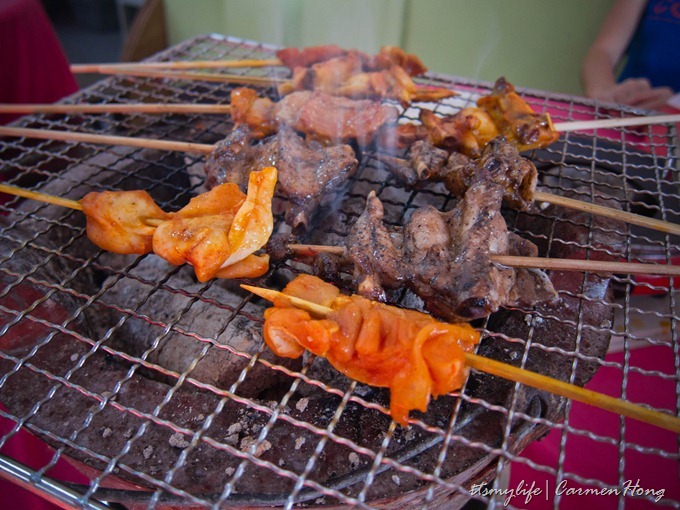 Small  (I assume to allow it to cook faster) chicken cutlets over the charcoal grill.

Of the many BBQ buffet that I have been to, this was my first time having charcoal instead of the typical hot stone plate. I have always been told that food cooked using the charcoal (much like the olden days) were tastier. I’ve got to admit that it was true, the meat did taste better compared to the normal BBQ ones. However, I felt that the meat were marinated a bit tad salty to my liking. I grew up eating rather bland food, so yea. 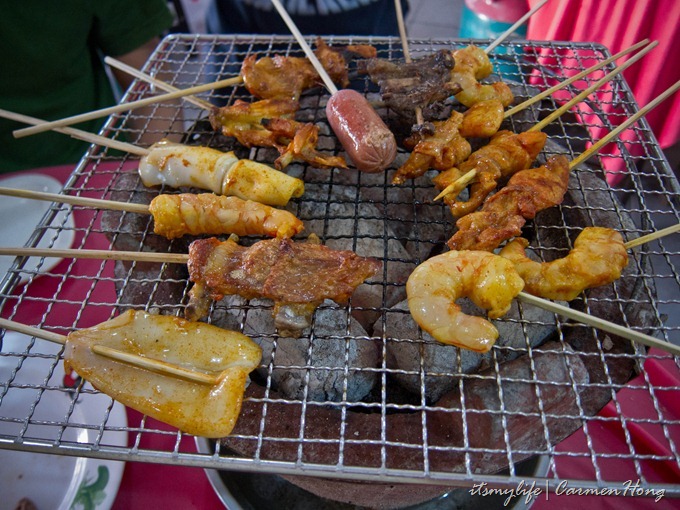 Here is a another picture of the grill, overloading with food.

The downside to cooking with charcoal was that it was a bit more slower than the usual BBQ ones. But it was worth the wait, and what is the hurry in getting the food cooked so fast. Steamboat and BBQ is all about slowly enjoying the meal after all. As for the steamboat, there are a few choices of soup; Tom Yam Soup, Curry Soup, Chicken Soup, Mushroom Soup and Tomato Soup. We were spoilt for choice, so we asked if we could sample the soups before deciding. Most restaurant wouldn’t have allowed it but they did, which was awesome because I’m sure as hell won’t be happy to be stuck with a soup that I hate. 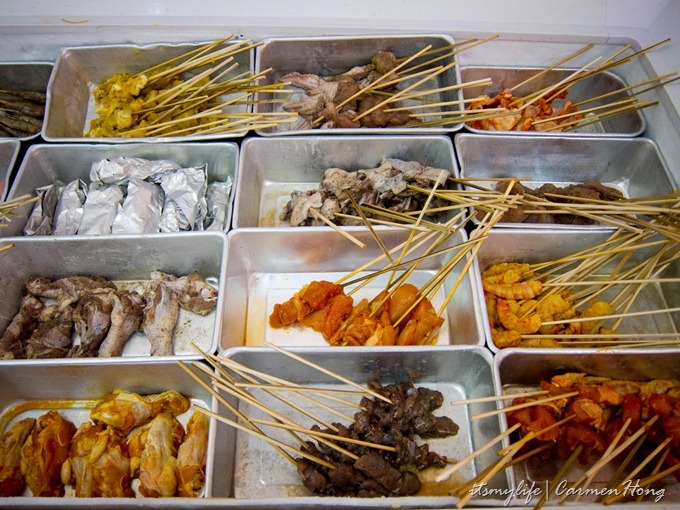 These are some of the fresh food for BBQ. 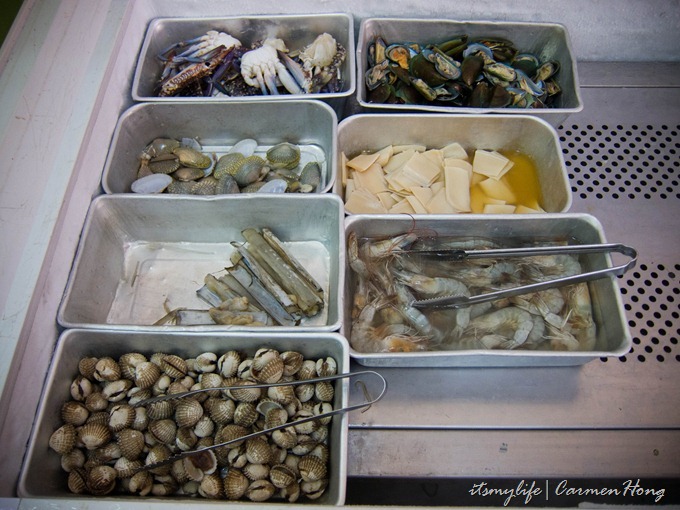 Seafood for the steamboat! 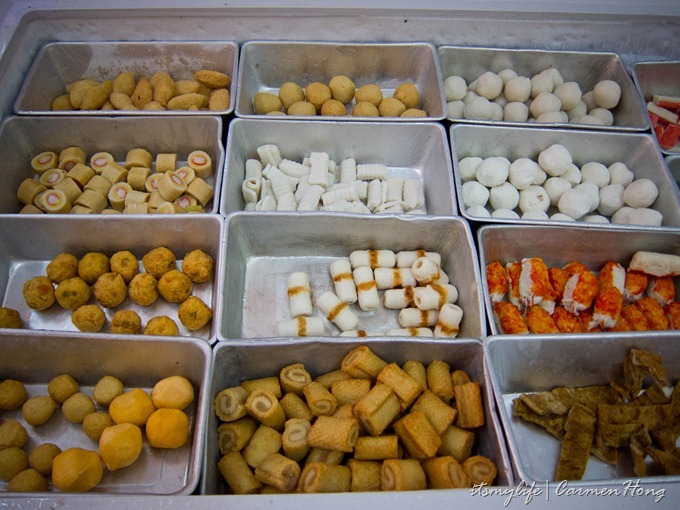 The steamboat staples; fish balls! And others, of course. 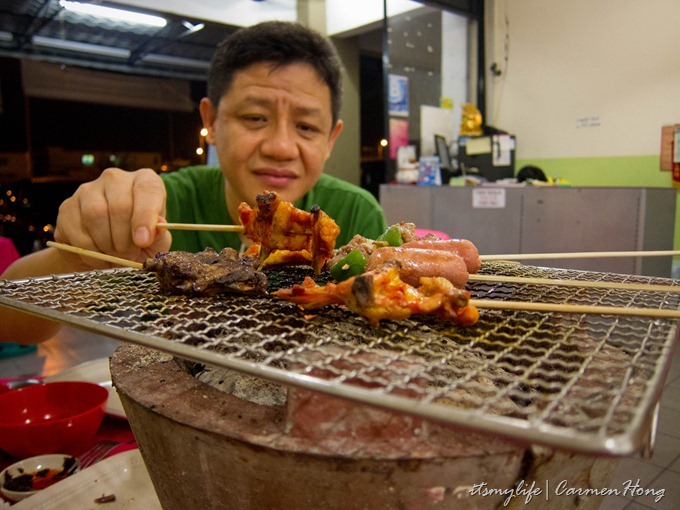 Daddy with the grill. 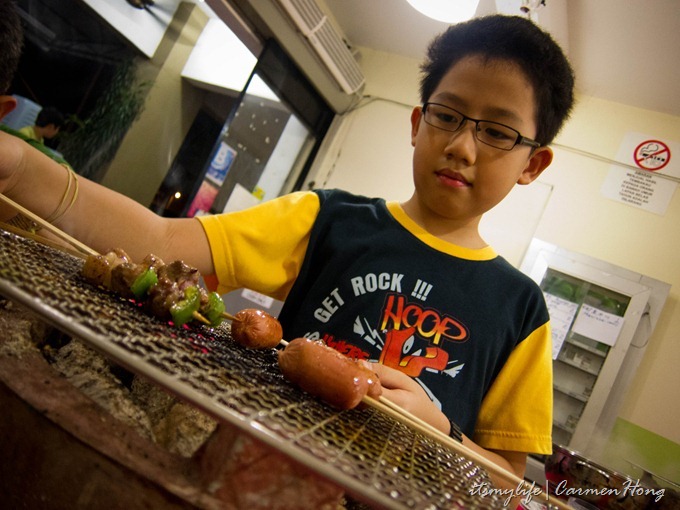 Even the little brother could handle the charcoal grill!