Thank you for reading this post on Malaysia Day! 😉
* * * * * * * * * *
Gee, how time flies. Right now, I can still remember clearly the day I finished my exams in June which marks the start of my holidays. *poof* Suddenly, my holiday is about to end, and I’ll be off to work already. Too fast, time is just going by too fast.
But nevertheless, I’ve really been able to enjoy myself this hols, unlike others where I would end up just bumming around. I even managed to meet up with my high school mates, some of which I haven’t seen for three years already. *gasp* It’s been so long, and it just dawned upon me how well I’ve kept in touch with some of them. I should be ashamed, and honestly I am. So now, I shall make in a point to attend the meet-ups. Hee.
* * * * * * * * * *
The first reunion was with the high school mates; we had lunch at Ben’s and there was 12 of us all together. It was really great to catch up and see them once again after so long. Some are back here since it’s summer and some are about to leave. Found out that most of the boys were doing engineering courses, I’ll know so many engineers in future! 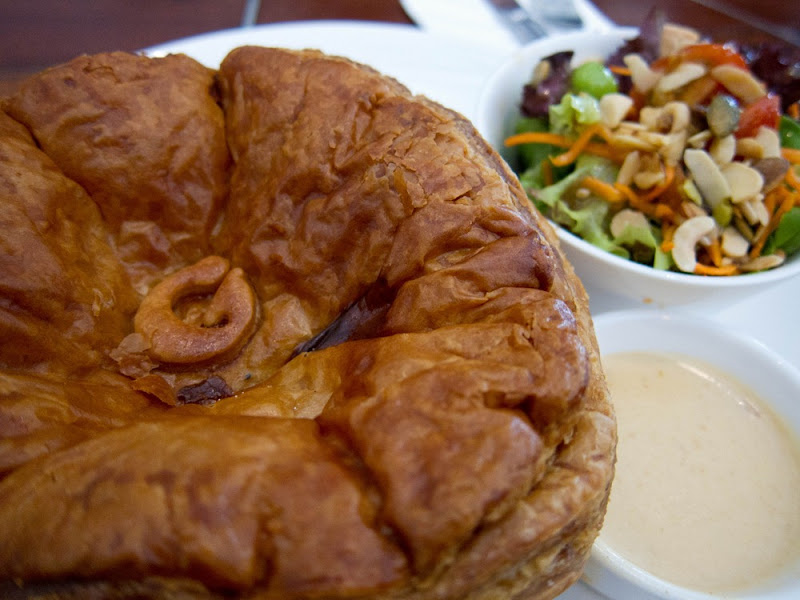 I had Chunky Chicken Mushroom Pie. So-so, nothing to shout about. Too much pastry, too dry. 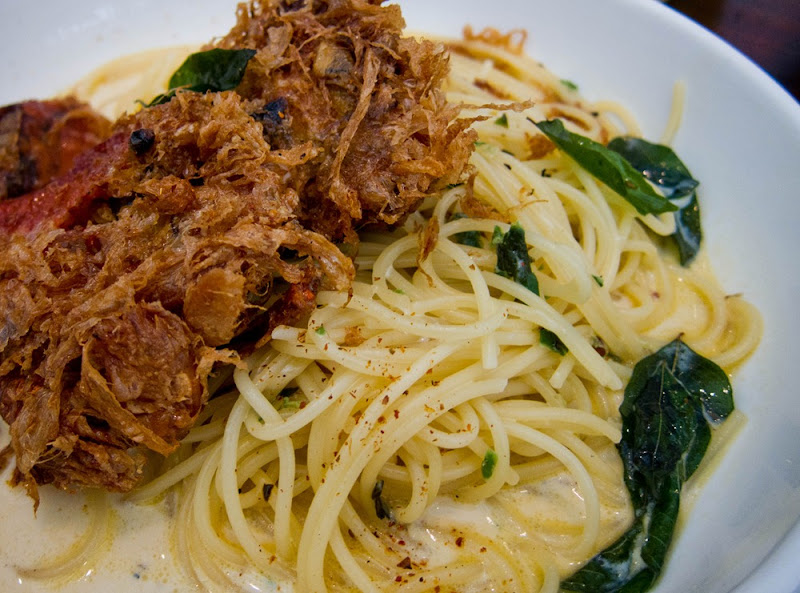 J had the Soft Shell Crab Spaghetti. Now this was really good, I had one bite of it and I immediately regret ordering my pie. 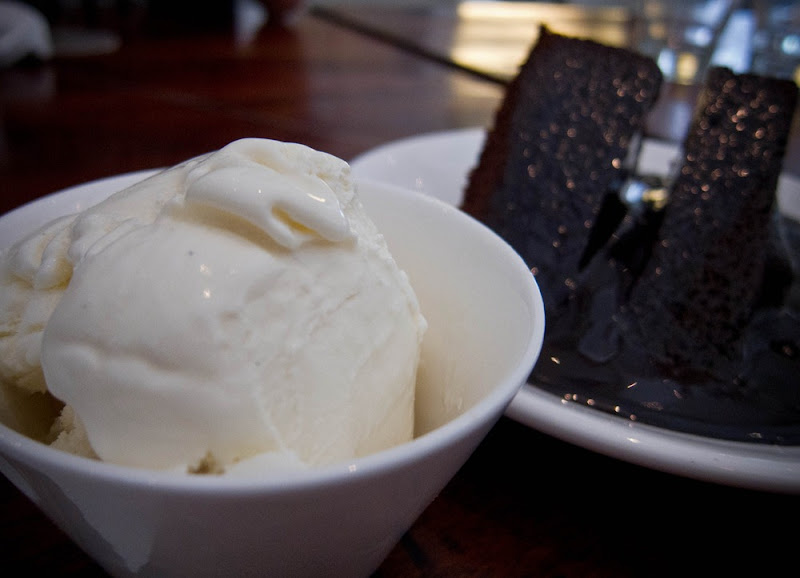 I think this was Ben’s Chocolate Cake, which was pretty good and oh-so-sinful. It was funny for us, when the cake came with the ice-cream in a separate bowl. We couldn’t decide whether to dunk the ice-cream over the cake or to take the cake first and then only the ice-cream. 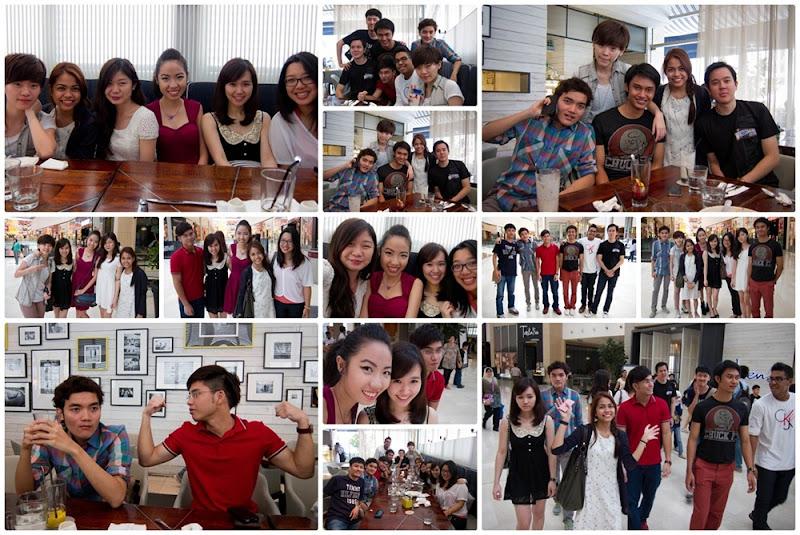 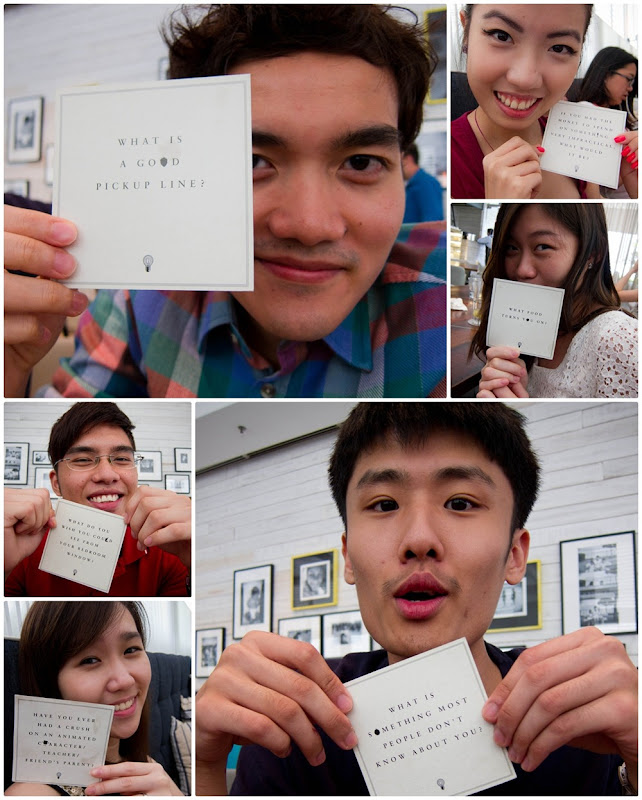 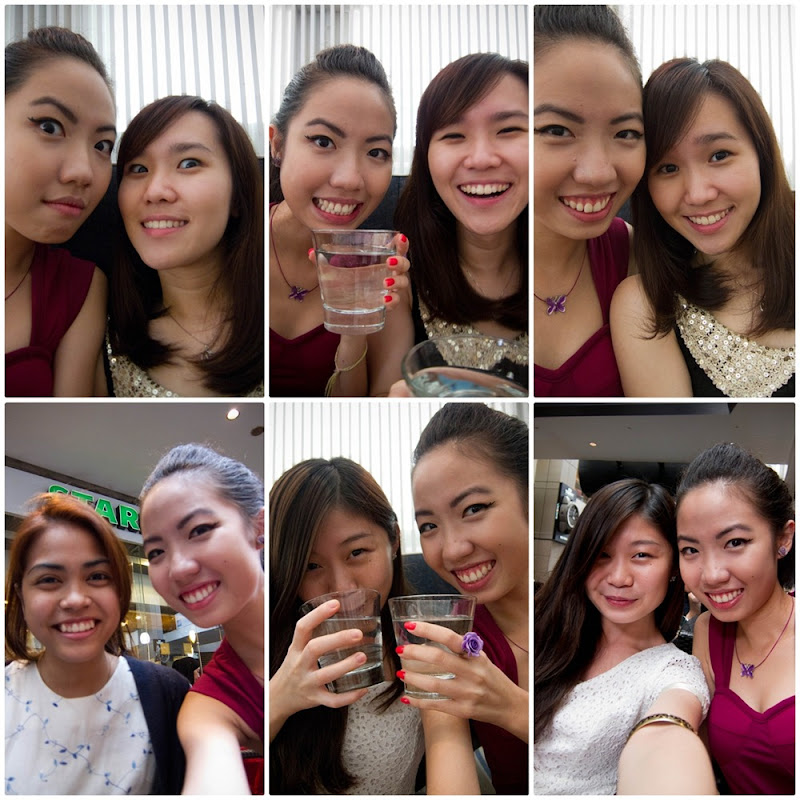 Then, the second reunion was with my class mates; Omega-ians as we were fondly known ourselves as. Actually I couldn’t make it to this reunion cum farewell for JY, since I was with the sister for her audition. But as it turns out, the sister’s audition ended early so I quickly rushed over to Pavilion. I was there in time for the group shot at the fountain outside Pavilion. Which explains my ‘aunty’ pose in the picture. Hah. We went to Coffee Bean then, talked about the times in school and what everyone was doing. Before we left, we headed to Snowflake for desserts. It was short but nice meet-up with them. <3 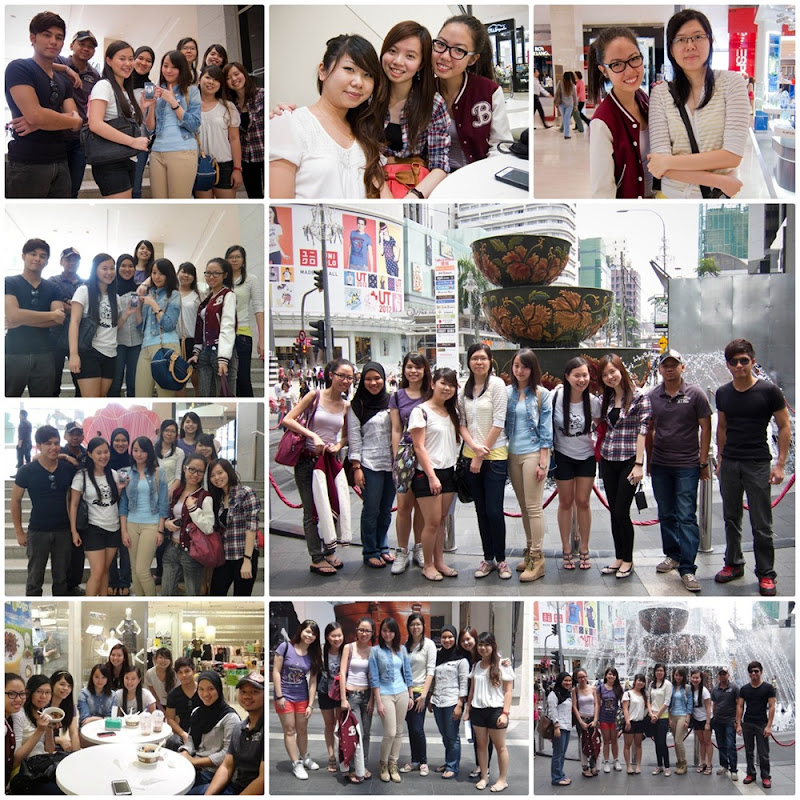 Some of the pics were grabbed from Pei Sun’s Facebook, 🙂 since my camera was running low on the battery and so, I didn’t take much picture.
Share