In The Garden; Meet the Pink Beauty. 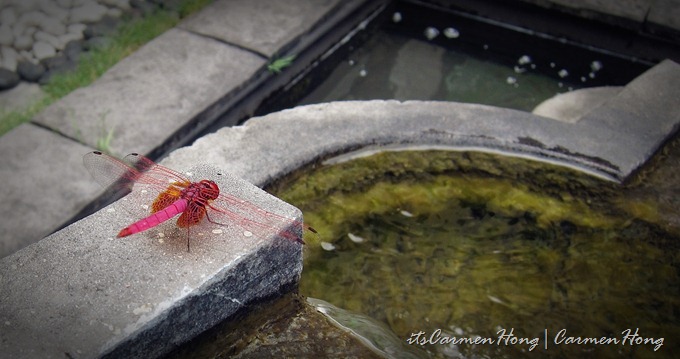 Before you go, “Not another pink themed pictures?!”, hear me out first. 🙂 These pictures are not edited for the dragonfly to be pink in colour. It is purely the natural colour of the dragonfly; the only thing I did to the pictures was to post-process and enhance it a little to make the pink pop out a little more. Or else, the pictures would turn out rather bland as it was taken under direct sunlight.. so and so and so (you get my point).

The first shot was a spontaneous one, since I wasn’t actually planning to take a picture of the it. I managed another shot, which was quite similar, so I didn’t post that up. Then I actually tried to take a better shot of it, and the second picture was the best I could get. Because somehow, I think the dragonfly now knows I’m taking a picture of it and so, it doesn’t even land long enough for me to get my angle. :S Oh well, I thought these two shots were actually okay.

Do tell me what you think about these shots, yea? Thanks!

Btw, these shots were taken in my very own garden. 😀 So, sometimes, you don’t have to go searching far for a good subject. Look around closely, and you’ll be surprised with what you can find.