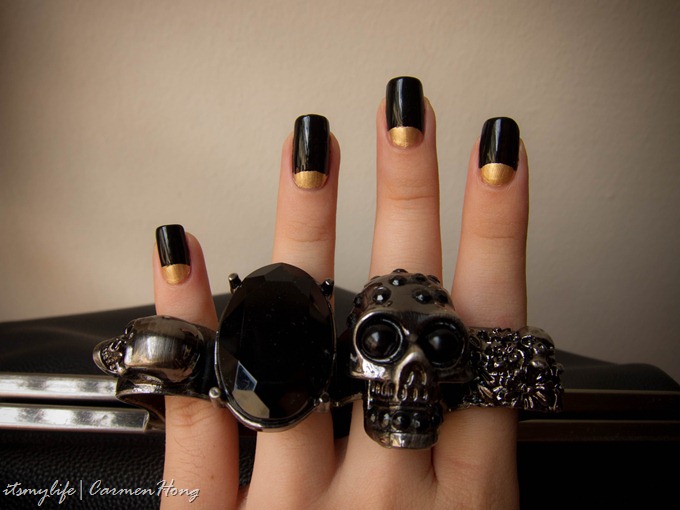 Actually the half moon manicure was a nail trend several years ago, 2009 to be exact. But at that time, I was still in high school, a place where anything fancy was basically disallowed. Years later, I have came to discover this half moon manicure and I know I had to at least try it! Again, it is one of the simple nail art which anyone could attempt. 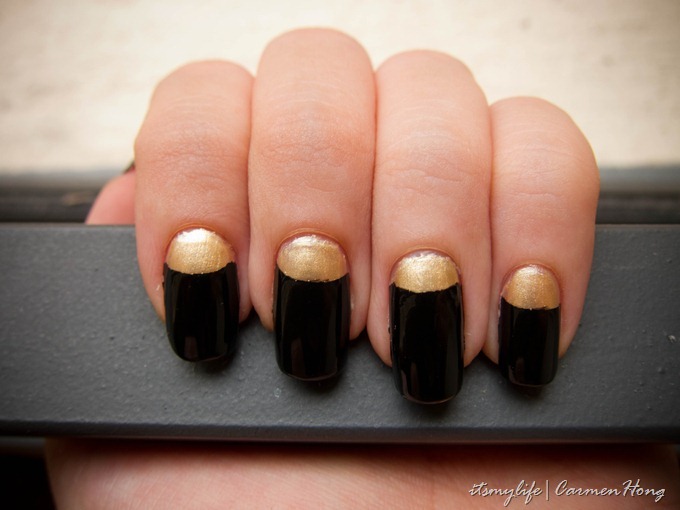 To get the half moon shape, I used reinforcement stickers! That is one of nail art tools that I swear by. Actually it isn’t even a nail art tool, it is stationaries! But it’s so cheap and versatile, and you can get it anywhere. 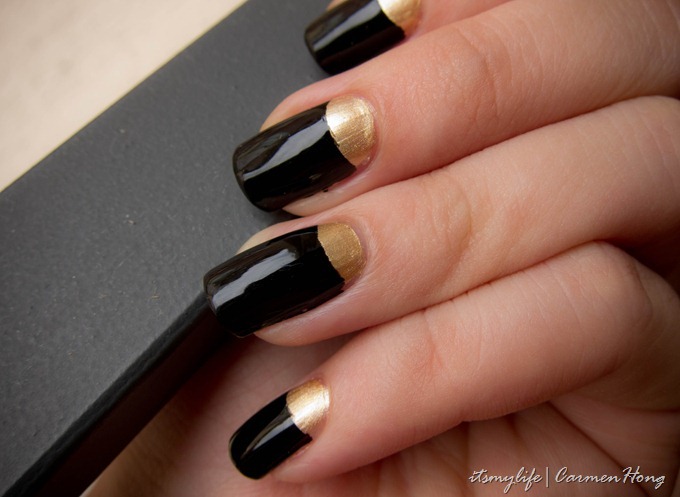 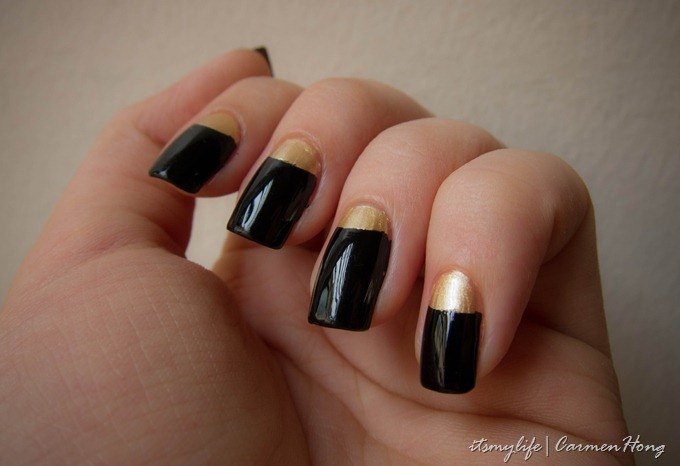 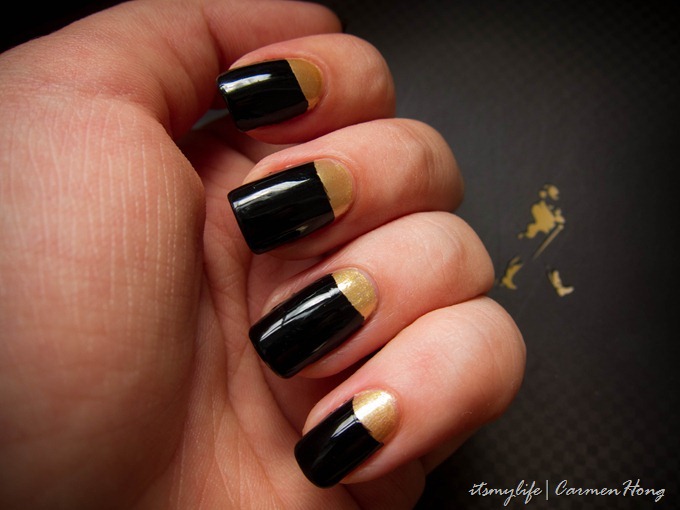 This golden black nail art reminds me of Johnie Walker, seeing those two colours are the brand’s signature colour. 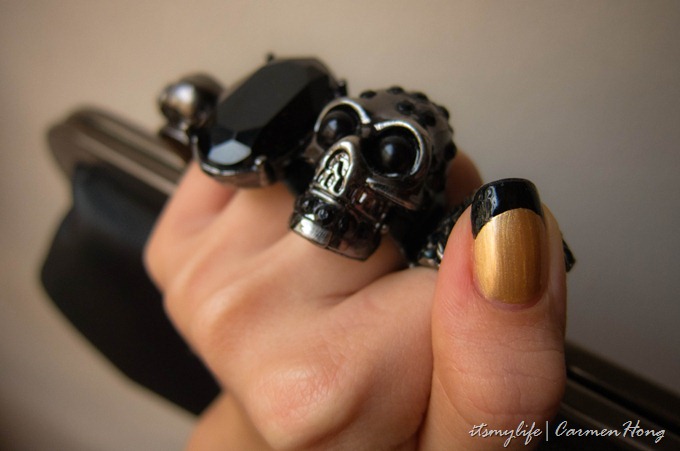 On my thumb, however, I did only painted the tip of my nail with the black nail polish from Etude House; WH706. My friend, Crys said she preferred the black tip over the half moon. Which one do you like better? 🙂

PS: You can check out my other nail arts and swatches at my Facebook album, as well. 🙂