(Secretly, I wished I was the one who invented this water marbling technique. Then I would be so damn good at it. Except the fact that it is so not true. And I suck at it.)

If you’re wondering what is water marbling, trust me it’s not a fancy term I coined up for one of my nail art attempts.  It would be easier for you to watch the videos, rather than reading about it. 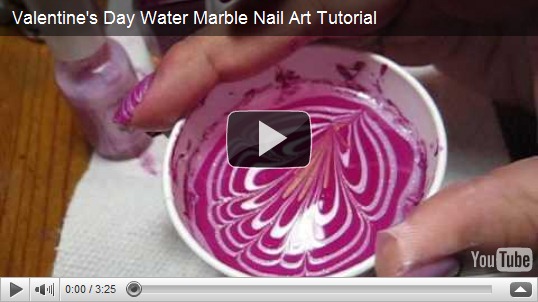 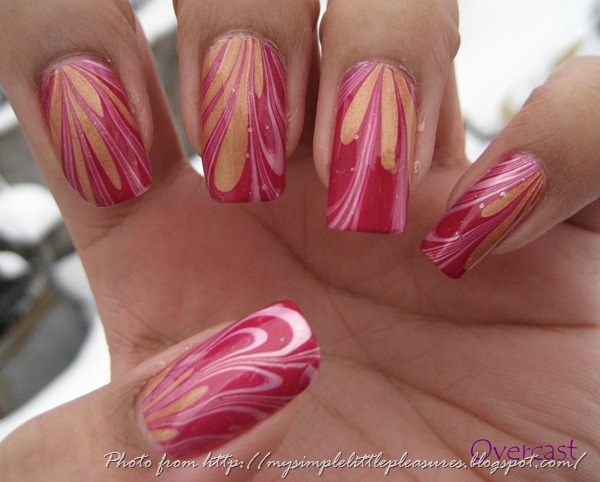 It’s so awesome, right? It kind like made me want to do it after watching the video and seeing the water marbling effect on the nails. All I needed was a couple of nail polishes, water and a paper cup. I had them all at home. So, so that means I could like try it out, which I did. 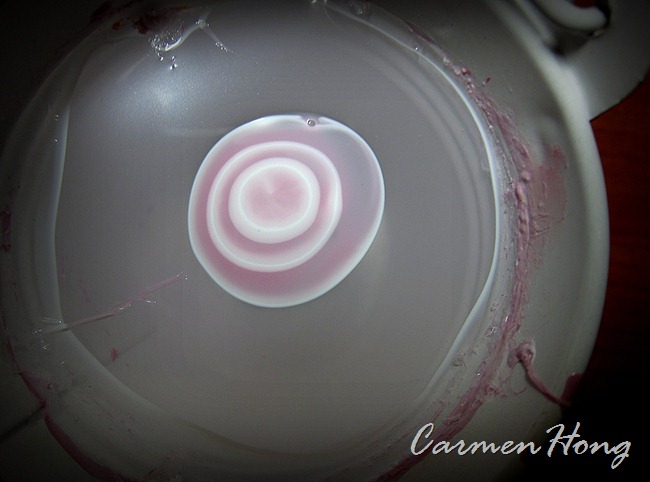 This is what it turns out to be. I know it doesn’t look much like a failure but trust me, it is. It didn’t spread out as much as it did in the video. And when this happens, I thought I’d better not try to make patterns with it. Instead I just dipped my finger into it. 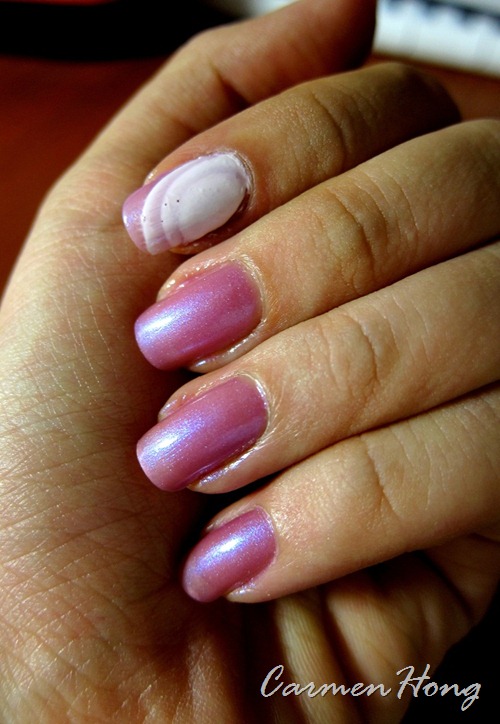 And this was the outcome from it. See the index finger, I know the water marbling effect is not that obvious, but mostly because the nail polish didn’t spread it out. Sometimes, the nail polish just formed a drop and sinks to the bottom of it. I took about a few hours trying to perfect this technique but somehow that one was the best I could. Others were just failures.

Apparently, the problem lies in the nail polishes I used, which was Faceshop’s White and Elianto’s Thistle. The nail polish used must be those that doesn’t dry up fast. Funny thing, cause I would usually want a fast drying nail polish! So, I guess, I would have find some Sally Hansen polishes now. Where to get them? 🙁

My deepest, darkest secret is a good laugh.