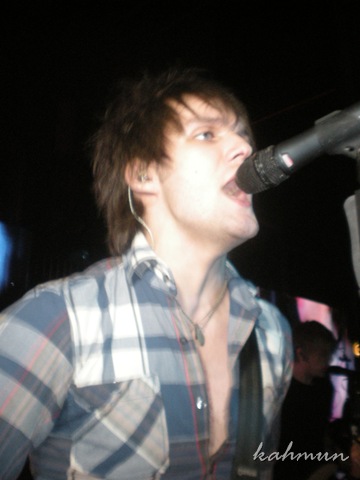 Wouldn’t you be swooning over him too?

Gosh, this must the after-party effects of being in such close proximity with Martin. My first Hennessy Artistry experience at Club Quattro beats all the other concerts I’ve ever been to. All day I’ve been thinking how surreal Friday night was; being able to see, hear and touch Boys Like Girls in person. I wasn’t able to make it for MTV World Stage but I bet this was even better than MTV Worldstage. 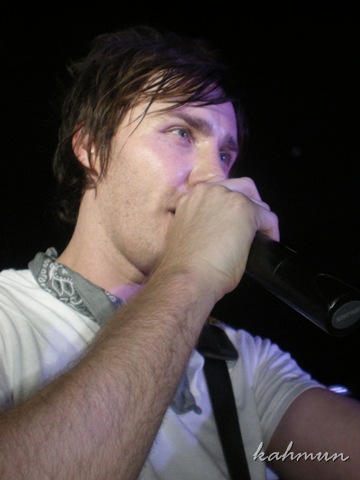 And undeniably hot. It’s rather sad though that I didn’t know any of his songs. I should try to listen to some of his songs. But he does have some really awesome vocals.

It wouldn’t have been perfect if I got a pic of Martin orPaul with me.

I’ll tell you what; one day I’ll fly to US to catch Boys Like Girls in person and that day will arrive soon enough.

Oh, at least I’ve got a little something from Boys Like Girls to faintly remind me that the Hennessy Artistry wasn’t a dream. It was real. 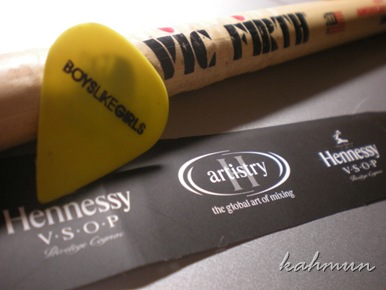 Martin Johnson’s guitar pick and one of John Keefe’s drumstick.

Guess I’ll just have to deal with this.

Anyway, look out for the full account of the Hennessy Artistry party next Sunday. Perhaps earlier if I have time. Meanwhile, read this.

It was in The Star, Ole BRATs section. Thanks, Ivy for publishing it.