Yesterday couldn’t have been more perfect. It was hands down, one of the most enjoyable day I had. It started out with a one on one date with someone I really really missed, Julia. It would have been even better if Kimberly could make it. I haven’t seen her for eons already.

After that, I managed to do a teeny weeny bit of shopping; got myself a black checkered top and a cute brown flip flop. (And no, I won’t be posting pictures of them because I’m not a big fan of posting my purchases online for the world to see.)

Then, I took pictures of myself using Cammy inside Borders because I got so bored waiting for my parents and my brother to finish reading their books. The pictures are below and you have been warned; it has stupidity written all over the pictures.

It was Father’s Day yesterday, I unintentionally picked that day to go out with Julia. So, to make it up, I agreed to have breakfast with my dad at this place near my house which serves really fantastic porridge. 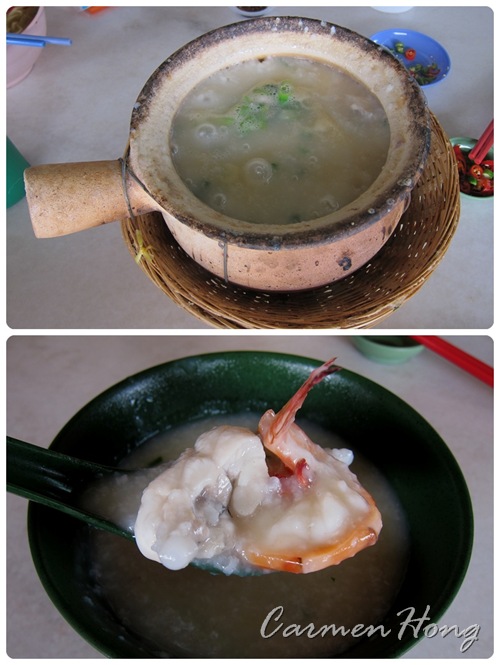 Because the porridge was served in claypot, it was still bubbling when it arrived. The claypot also managed to keep the porridge warm throughout our meal. Dad ordered a frog and prawns porridge; you can opt to have more fresh seafood in it. Oh, I forgot to mention this; they only serve seafood porridge. I find the congee really smooth and sweet, but it’s those natural sweetness because of the ingredients they used to make the porridge. 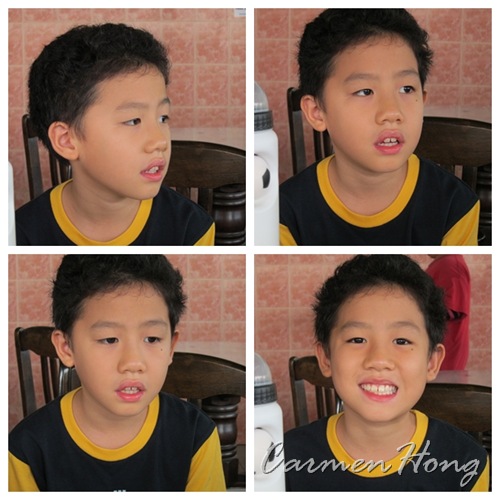 And this is a combo picture of my brother doing what I think it’s known as stoning. Well, except for the last picture because that is when I called him to look into the camera.

The Date With J 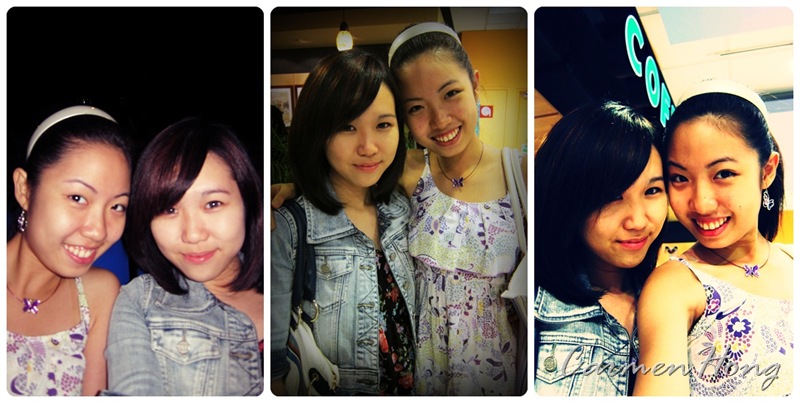 It was really good seeing my beloved again, after so long. I think it have only been, say 3 months, but I really missed her especially when I used to be able see everyday in high school. But I guess that was high school and we’re both big girls in college.  Things have changed, people change too. I think Julia turned out to be slightly mellower than her usual hyper kid way back then but I think she getting more matured and lady like whereas I’m still monkey-ing around.

I actually didn’t intend to watch a movie because I figured that if I only have 5 hours with her, I want to make the most out of the five hours. But we did ended up catching a movie, which I 100% wouldn’t even regret watching it. It was hands down one of the best movie I’ve watched this year.

Oh, yes. It’s Toy Story 3 and much to the contrary, it’s not really a children movie for kids. That was what I initially thought; “Oh, I was going to watch a show with kids screaming in the background.” But no, I think, J and I, we both laughed the loudest. We were close to the tears too. And that is why I think the show is so awesome; it makes your emotions go through a double looped roller coaster ride.

Somehow rather, I think the show is meant for us to watch. We started queuing at 11.45 am and the movie was due to begin at 12.00 pm. At around 5 mins before 12 pm, we managed to pick two seats right in the middle of the upper front row.  J even bought popcorns. But we didn’t miss anything because the adverts before the movie was 30 mins long.

Oh, oh. I know which movie to look out for next; Despicable Me. Watch the trailer and then you’ll know why I think it’s going to be another nice movie to catch. 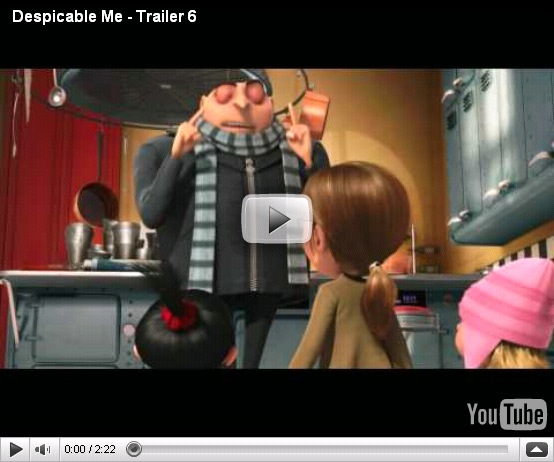 Hmm, so who’s up for the movie? Make a date with me and we’ll catch it together, kays?

After the movie, we went to a restaurant called Sek Hou which J mentioned that it was not bad. So, I thought “Why not give it a try?”. We both ordered the same food, something seafood (I’m sorry I forgot the name), along with Honey Dew Juice and for me; Hot Green Tea with Lemon. 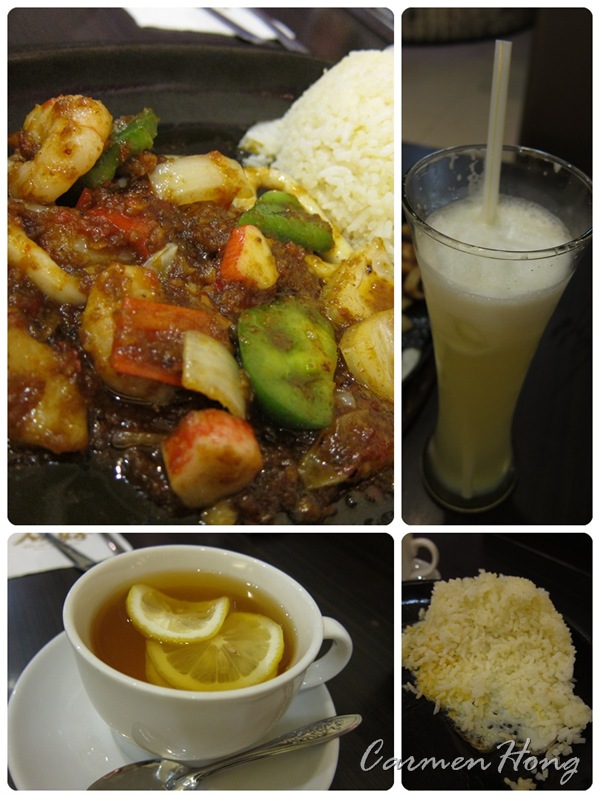 I thought the food tasted really good, I mean considering it’s a restaurant in a shopping complex. I’m sorry but I’m a firm believer that the best food are usually those found in the hawker stalls. Yes, there are some that can be found it shopping complex but the chances are about 5 % only. Anyway, back to the food at Sek Hou. I liked the rice because it wasn’t just plain rice, but it was santan and egg fried rice. The best thing was that there was fried egg cleverly hidden under the pile of rice. I didn’t notice it until I finished half of the rice. The seafood wouldn’t have been better if they didn’t stinge on the amount of prawns, mussel and squid. If I’m not mistaken, there were only one type each with a lot of capsicum and onions.

During lunch, we did managed to catch up on each other lives. And my, Julia has been going around, doing a lot of charities, helping out at homes and animal shelter care which makes me think twice…. what have I been doing all this while in college. I guessed I was having fun, working my ass off on projects like council and the CFAB Dinner, studying for exams and basically enjoying every second I’m in college. Too bad, our date had to end around 4 pm. But I’m sure we both have tonnes of fun and I’m so looking forward to meeting with you soon, J. My birthday perhaps, or even earlier?

I got bored. I camwhored. I look stupid. 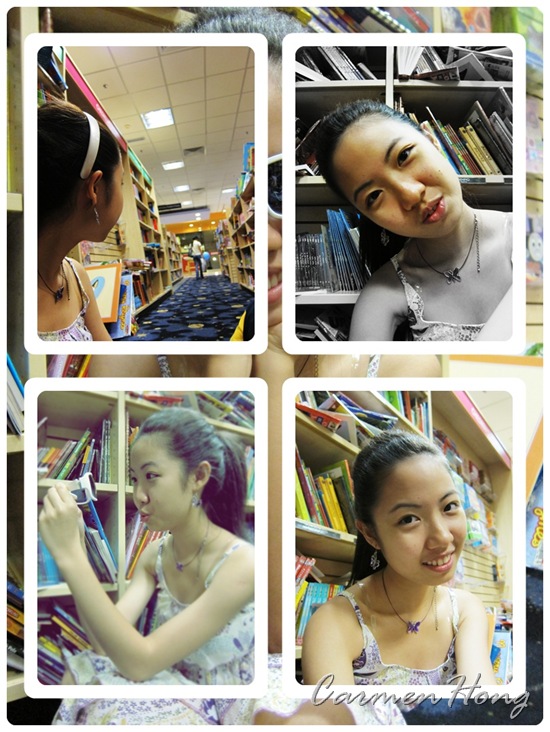 You enjoyed that, didn’t you?