Out & About: Taking that leap towards fitness!

In a blink of an eye, almost half a year have come and gone. I’m also a year older now. I don’t know about you, but there is always something about growing older that makes you feel rather nostalgic. There is something I enjoy doing after every birthday is to think what about the year that was.
Am I happy? Did I manage to achieve my goals? Am I a step closer to achieve my dreams?
One of my goals has always been to have a healthier, more active lifestyle. Before this I have always been comfortable with my sedentary lifestyle, until one day when I realised that there was a lot thing I wasn’t capable of, in addition to constantly feeling lethargic as well.
So, I decided back then that I would try to be fitter. Gym was an obvious choice but I came up with reasons like, “Oh, my job is too demanding and I don’t have time for gym.” But I did try to do some body weight workouts at home, that lasted for a good few weeks and then I was back to my sedentary 12 hours sitting in office lifestyle.
After a few years of procrastination and half-assed attempts, I had a friend, Josh who told me to try High Intensity Training workouts on one fine day. He asked me more than a couple of times, making it sound interesting and so I decided, “Well, I’ll give this a try.” I didn’t even have proper shoes to begin with so I had to shop for shoes before I attended the High Intensity Training workouts. Little did I know that this decision to attend the workout would be a game-changing one for me. This decision would actually impact my life in term of achieving my fitness goals. 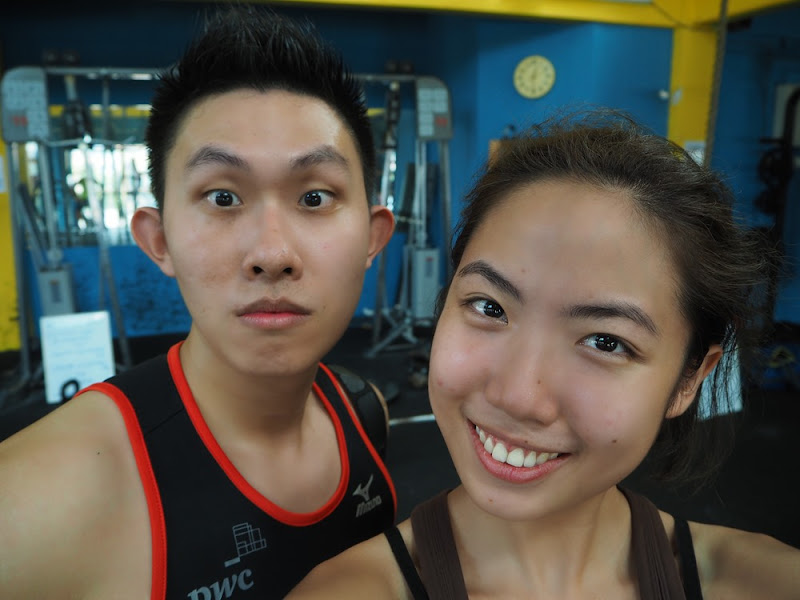 Selfie with Josh after the first WOD
I then attended the first workout or WOD in short, which stands for Workout Of the Day and I was hooked. Ever since, I have committed to going for the WODs every week. I say committed because I didn’t want this to be a fad, where I’m just trying new things for the fun of it and then leave it after when I get bored.
After the first WOD, I realised that I was in an awful shape despite my age. It was at that point that I told myself I want to be fitter and stronger. To do that, I would need to really commit to it and not waver, to fall back into my old routine. I gave myself ‘pep talks’ and motivated myself. If fitness training was easy, many more people would have succeeded in it. I had to come to that realization, and I believed that a strong willpower will help me achieve my goal. Of course, it had a lot to do with making that first game changing step as well. 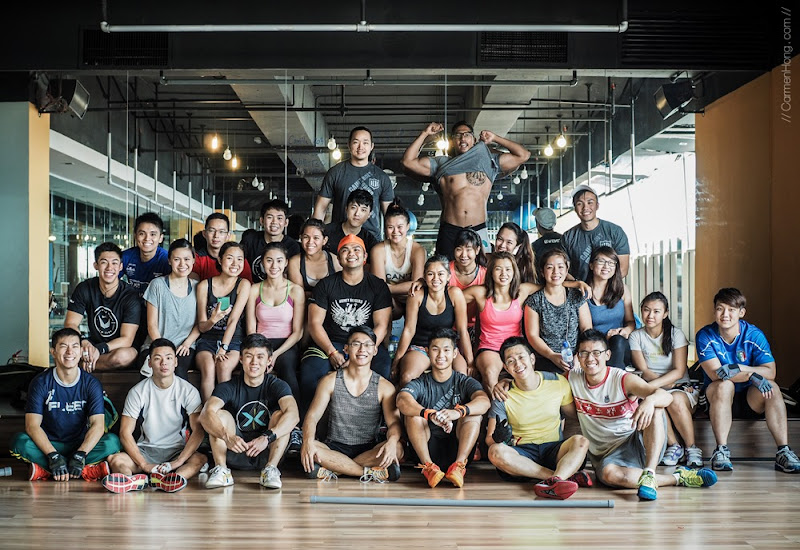 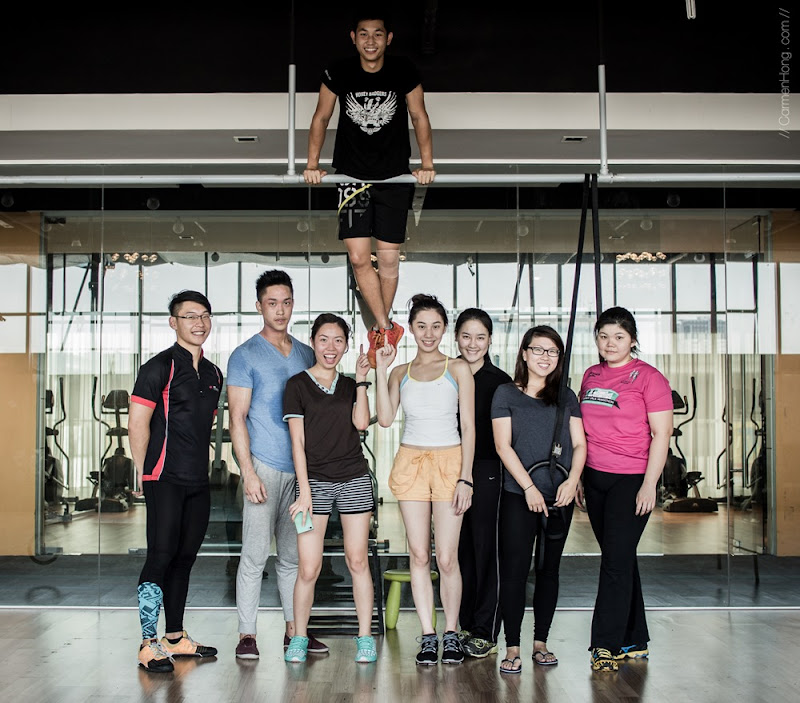 This was taken on 15th March 2015’s WOD. I remember only having a couple of hours of sleep the night before, but still making time to attend the WOD. 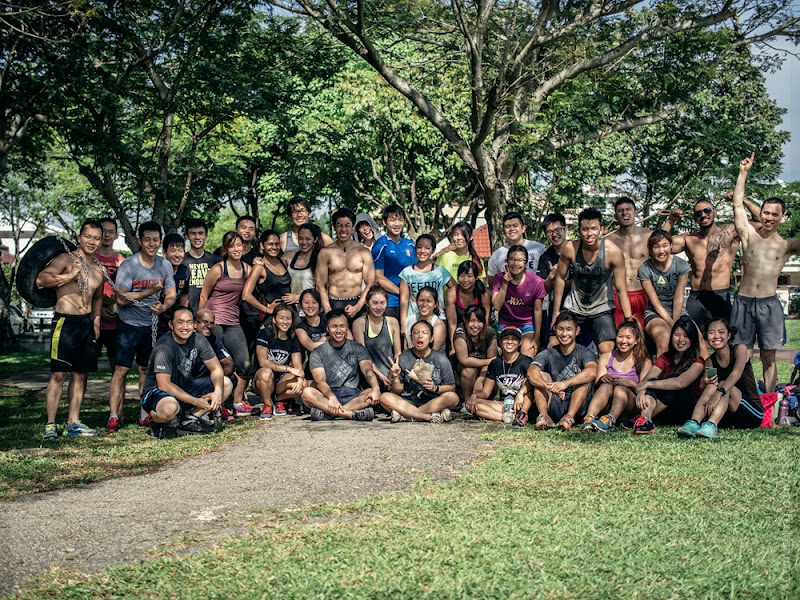 This is the picture taken from the first outdoor WOD we had, the bootcamp edition. Man, it was intense. I remember having to push myself with my team members cheering me on.
With that willpower and determination, I have attended and completed many WODs, pushing myself with every workout to get stronger and fitter. I’ve always taken a healthier lifestyle by trying out other activities such as rock-climbing, hiking and even running. Fast forward to now, I’m still on my journey to achieving this goal but compared to before, I can say that I’m reasonably stronger than I was. I went from struggling to carry mere 5kg of weights to being able to lift half my body weight which is approximately 20kg. This is probably one of the most rewarding parts of this all; just being physically stronger and fitter. At the same time, I’m also mentally stronger (because it takes a whole lot than just physical strength to train). Not to mention, I made a lot of friends in this journey of mine and it’s motivating to have friends cheering you on. Looking back the best decision I ever made had been the game-changing decision of going for that first workout. That was the spark which gave me the push I needed to begin this journey of mine.
All in all, it feels good to let you know how my fitness journey started about, with that one decision I made. Would it be a surprise if I told you where my inspiration comes from? It was all from P1’s game changing approach of telling their customers how they are changing the game in the internet industry. They are currently running this #ReadyToP1ay’s campaign, where P1 is offering new customers unbelievable deals! Under the campaign, new customers are able to experience the service without any upfront fees! So, you don’t actually need to pay anything to get started. This can be your game-changing decision to upgrade your internet service to a high speed one, just as how I made that one simple decision to attend the WOD. In addition to that, customers also do get 1-month free Broadband Internet or mobile Internet that is applicable to all P1 plans – ForHome®, ForBiz® or ToGo® with 24-month contract. 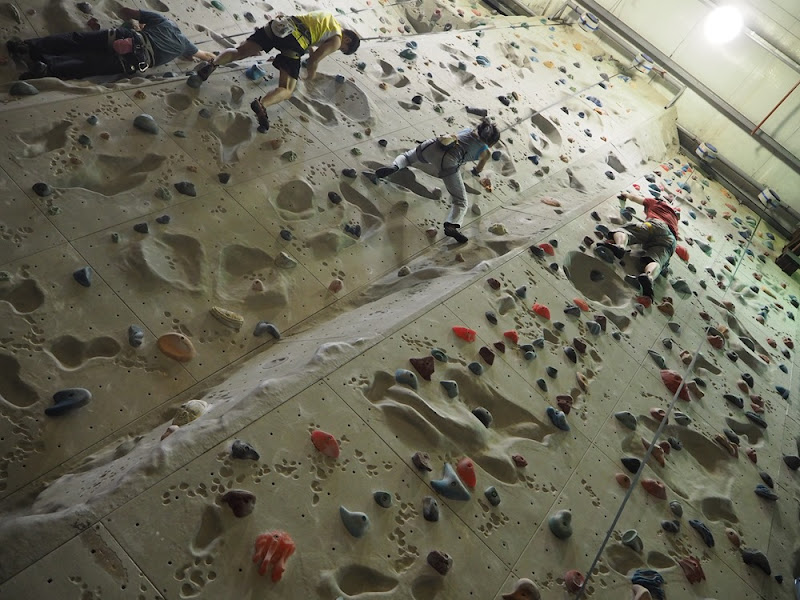 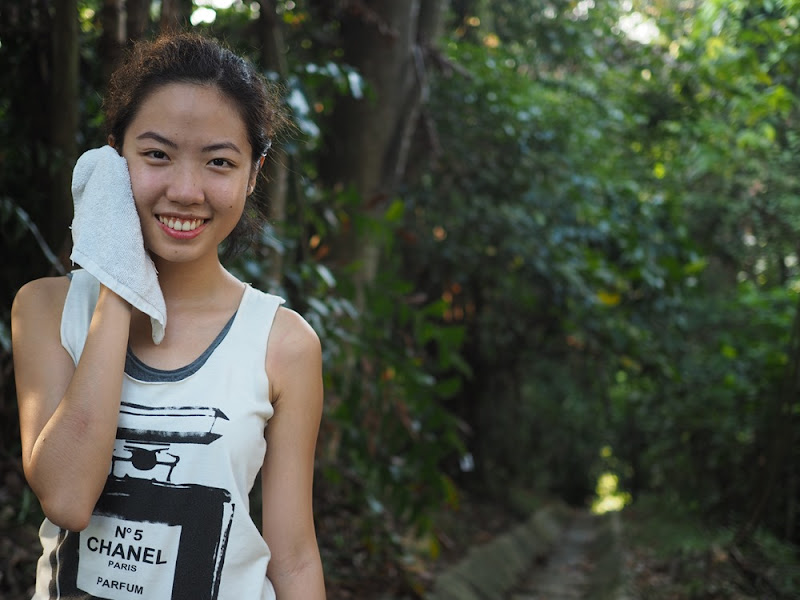 Taking a break during hiking 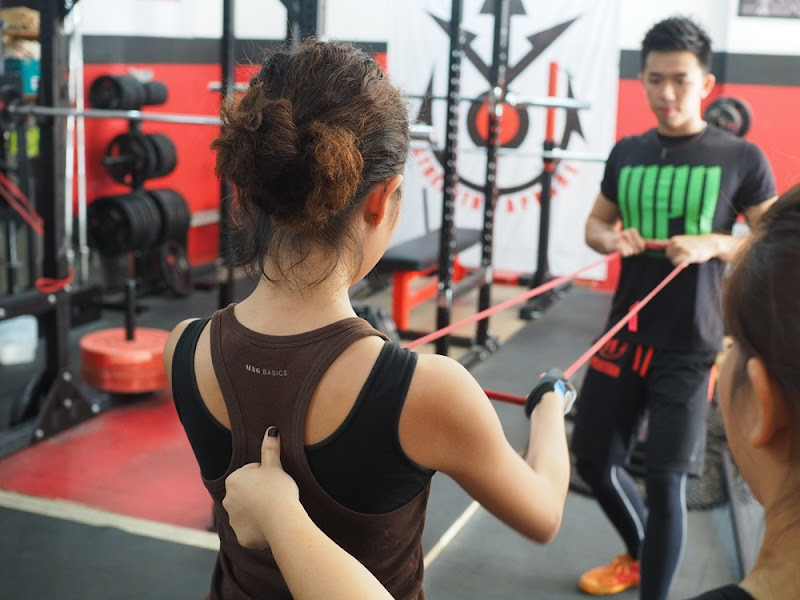 During strength and conditioning class
The promotion is still on-going so do visit #ReadyToP1ay’s website to find out how to change your game and sign up to enjoy free delivery with an additional online discount too! By the way, #P1 is also running various giveaways in conjunction with the campaign, so you might want to stalk their social medias; Facebook, Twitter and Instagram. 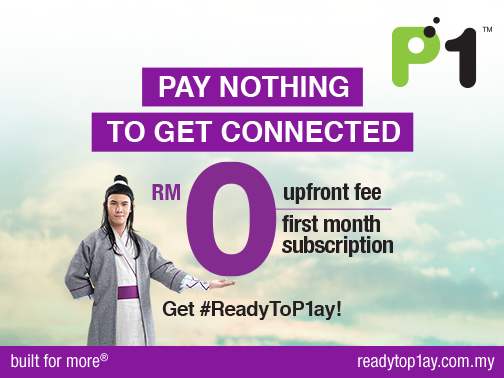