Photo: Just because I can.

Nearing the end of March, I mentioned here that I collaborated with Joe and Pearl for a photo shoot. I posted up the first picture of the shoot titled; What I am, Who am I about two weeks ago and only now, I’m posting up the second picture from the shoot. (Been busy with exams!) Actually, this picture is already on Joe’s and Pearl’s FB pages and in fact, I already shared it on Facebook as well. So, you might have already seen it there. Heh.

Anyways, before the shoot, I actually met up with both Joe and Pearl to discuss about the themes, ideas and the feel of the shoot. Also, since this was my first time so it’ll be better to have pre-production meeting, just so I know what I’m getting myself into. Haha. Since it was a collaboration, we were trying to merge the three elements into the shoot. We talked about make-up, nails, clothes …. basically the usual stuff.

And then, I asked about my hair. I brought that up because as you know, I naturally have frizzy hair but I rebonded it. At that time of the meeting, I was deciding whether to rebond my hair or not. So, I asked and I told them just how fluffy-ly huge my hair could go. I thought rebonding my hair would look neater, but Pearl thought it’ll be harder to style and work with rebonded hair, since it’s flat iron straight.

In the end, we decided on keeping my hair as it is and……. and……. to puff my hair even more, for the dramatic effect! Hehe. I must say that this was the first time anyone saw just how huge my hair could go to. Of course, for the shoot, it was hair sprayed so it looks bigger. I remember Joe telling Pearl, “I want it like a sunflower!”

I have some of my friends telling me I don’t look nice with all that puffy huge hair, or as Tarrant have aptly named it; lion’s mane. But really, I love this shot. For the first time, I’m embracing my puffy hair, just because I can. Jelly? 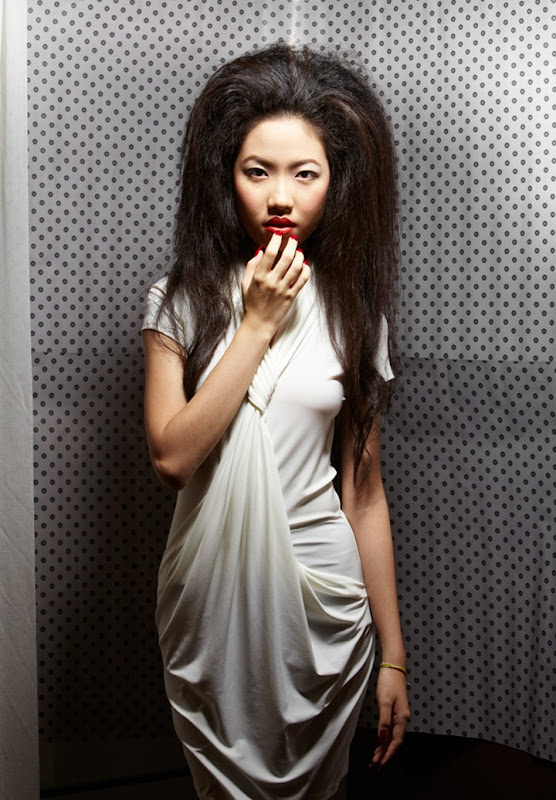