Photo Shooting with Joe and Pearl.

Just yesterday, I managed to do something from my Bucket List (It is a list of things that I want to do before I die.) It’s no surprise about what I did since my title says it all. I did a shoot, but it is not the usual grab-a-camera-smile-and-shoot type. It was a creative shoot with make-up, lighting, posing and it is almost similar to a real real shoot. Except we had more time to change outfits and make up, also to set up the places.
It is amazing to be able to work with Joe Low; Photographer and Pearl Tan extraODDinary; Make-up Artist because they are both very talented, awesome and totally fun to work with! This photoshoot was actually a collaboration with between the three of us; I did my nails for this shoot.

“ To be honest, I was so afraid I’ll screw this shoot because I’ve got to admit that I’m awkward in front of the cameras. Trust me, the pictures from my first shoot was kind of embarrassing because at that time, I really didn’t know how to smile or even which was my better angle. Then, I went on for another shoot, and I must have screwed my face so horribly that the photographer cropped my face out completely from the set of pictures. 🙁 Or maybe, it was the idea. Nevertheless, my confidence completely dropped after that and I scrapped any dreams of future shoots.”

But I really loved the portraiture shots that Joe took (you can check them out in his Facebook page) and hence, when I had the opportunity to shoot with Joe and Pearl, I decided to give it another shot. And as it turns out, it was definitely a great experience for a newbie like me. It was a different ball game all together because we’re doing stuff that I haven’t tried before; knowing my angles, holding my pose, maintaining the expression and getting into the mood. It feels very professional but at the same time, we had tonnes of fun along the way.
I’m pretty excited to see the outcome of the shoot and how the pictures turn out to be. We did three different themes (I don’t know if they are called themes, but yea.) and I love the energy/expression/mood that I had for the first two. But I felt for the third one (full body shots type), I kinda lost my focus and concentration. (Or it could be the dress, because, I cannot pose in that dress. It makes me too self conscious, according to my friend, Alex.) So yea, we’ll see how that turns out to be.
Anyway, Joe will be post-processing them first and the pictures would be uploaded to his FB as well as Pearl’s and my blog too. Well, we did go through some of the pictures in Joe’s camera and they look fantabulous…. so, do look out for it! 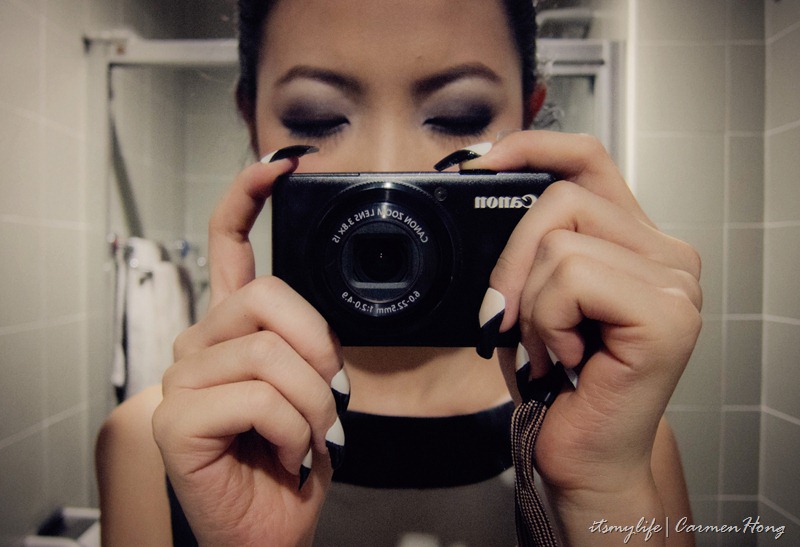 UPDATE: I have posted the pictures from the shoot up and they can be found on these pages; What I am, Who I am and Just Because I Can.

Swatch: Essence’s Where Is The…

Swatch: Essence’s Where Is The Party