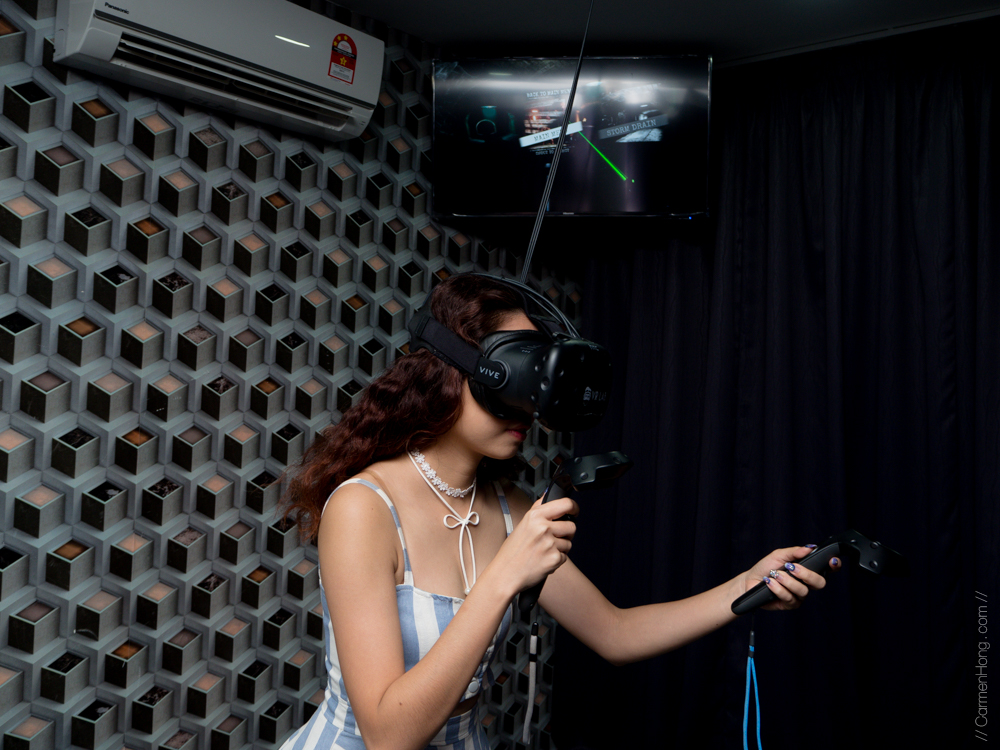 Ever had a dream so vivid that it feels like you’re on an adventure? Or a dream that you wished you can make the decisions in it? What if I told you, that you can do just so. With the technology advancement these days, nothing is impossible anymore. Years ago,virtual reality sounds so farfetched … but fast forward to today, you can easily experience virtual reality with the necessary technology gadgets. 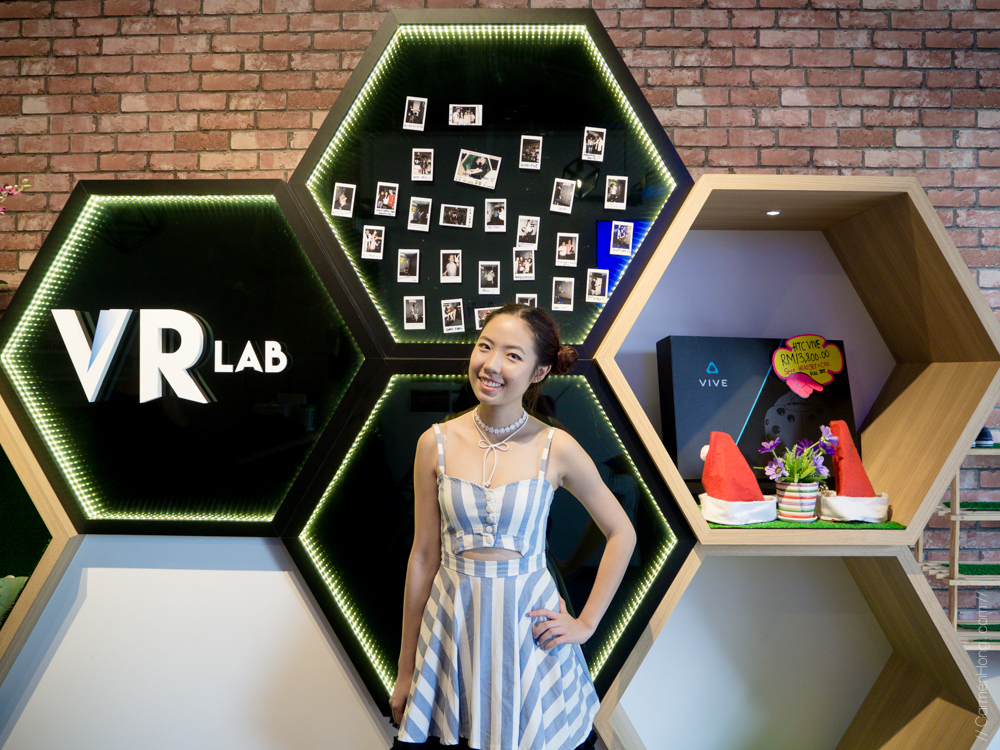 A virtual reality experience is made easy these days with establishments like VR Lab Kepong Manjalara and VR Lab Wangsa Maju, which is aptly known as a Virtual Reality Experience Centre. Here, you will be able to explore other alternate reality with endless possibilities. You could be in a cockpit of a giant robot and fighting against the evil mechanized forces, or you can explore a terrifying realistic ghost house or find yourself right in the zombie apocalypse, killing zombies to survive or play a job simulator  which plonks you in a world where robots have taken over all human jobs. 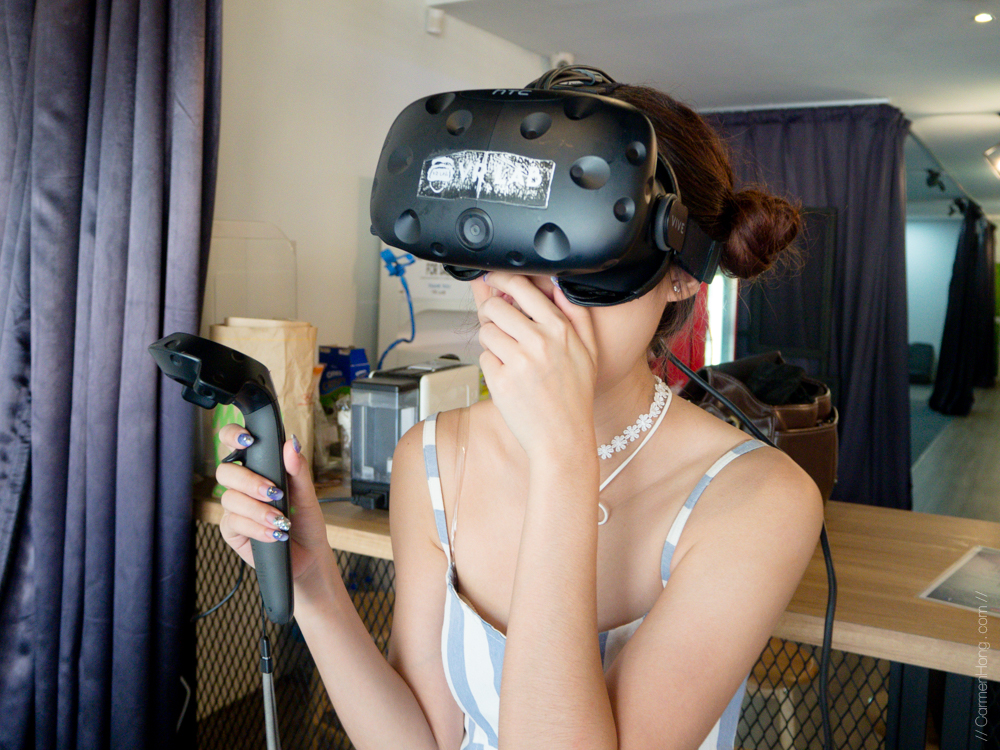 The best part of the whole VR experience was how realistic and immersive it is. We were given a chance to try a simple demo game, called Richie’s Plank Experience, where it simply involved moving around. But in the game, we had to walk on the plank which was storeys high and there was no way down than to jump. That itself was the scary bit because you know that the floor is flat in real life …. yet the fear of jumping is real. I was so so afraid of falling if I walked any further.
In VR Lab Kepong Manjalara, the centre uses HTC VIVE where you actually wear a headset that has a surround display of a 110 degree field of view. In your hands, you will need to hold two motion-tracked handheld controllers to control your movement in the virtual reality. These controllers have a track pad, grip buttons, and a dual-stage trigger which have different functions depending on the games you’re playing in. 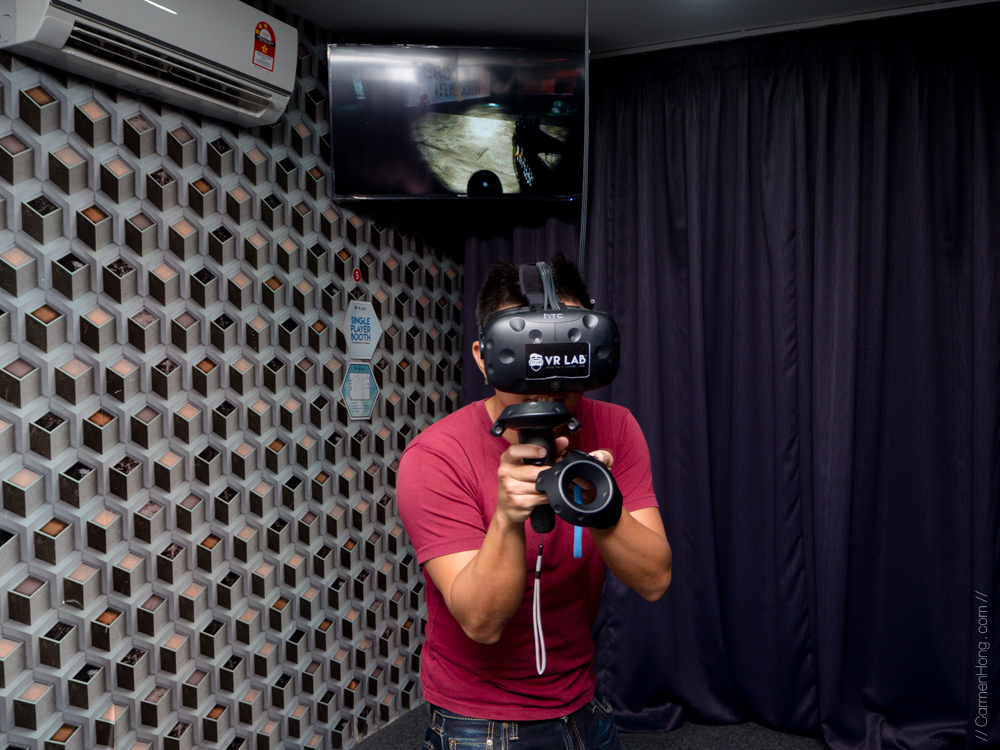 It did take a while to get used to the functions of the buttons, but probably because I am a total newbie to gaming controllers versus my brother and my partner who is clearly more savy! To allow us to familiarise with virtual reality games, we started off by first playing Elven Assassin where we had to use a bow and kill hordes of orcs in the epic town defense game. Using the bow with two controllers is an amusing experience because in reality you’re just holding two controllers but in the game, I was shooting arrows! After that, we played Hordez (zombie shooting), Smashbox arena (dodgeball), Fruit Ninja, Fancy Skiing, Brookhaven Experiment and Sword Master. 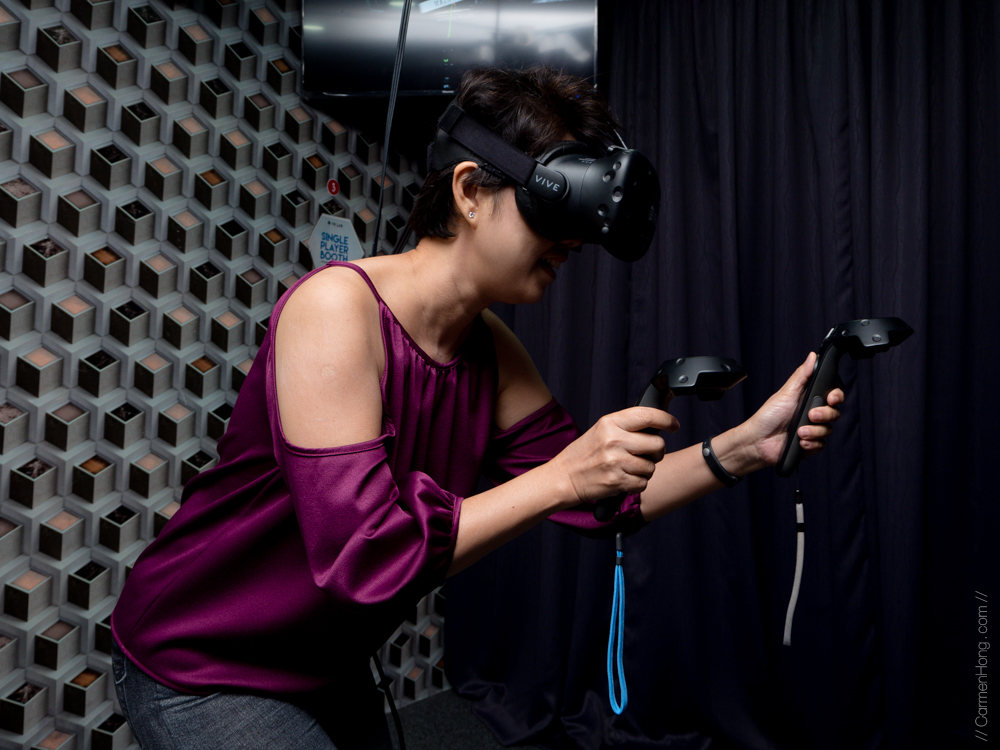 For our session, we had the opportunity to try the Double VR Headset Room where we could play multiplayer games all together. There was four of us in total, so each two were in one room and the other two of us was in another room. But we were all playing in the game together and we could communicate with one another too. So that was really the cool fun part! 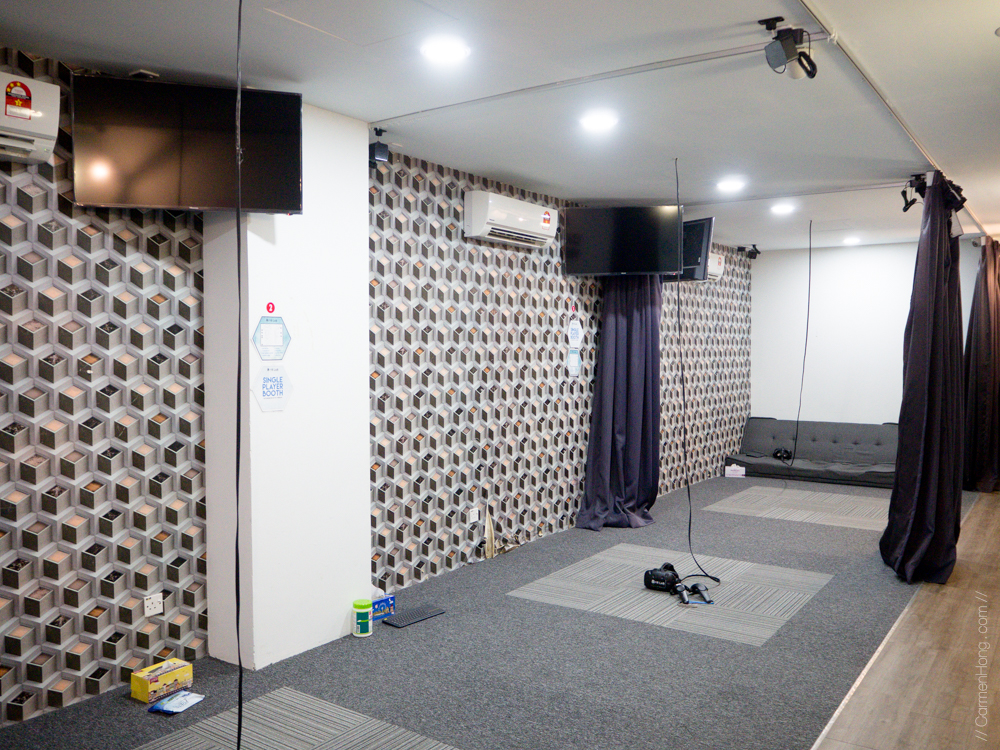 The price for the Double VR Headset Room is RM100 per hour for unlimited amount of games, and it can actually accomodate 8-10 persons. Of course, there are only two VR sets so everyone will need to take turns to play it. There is also the Single VR Headset Room where it’s only RM50 per hour, also with unlimited amount of games! There are about 60 different type of games to play and these are of various genres — family, action, horror, adventure …just to name a few. 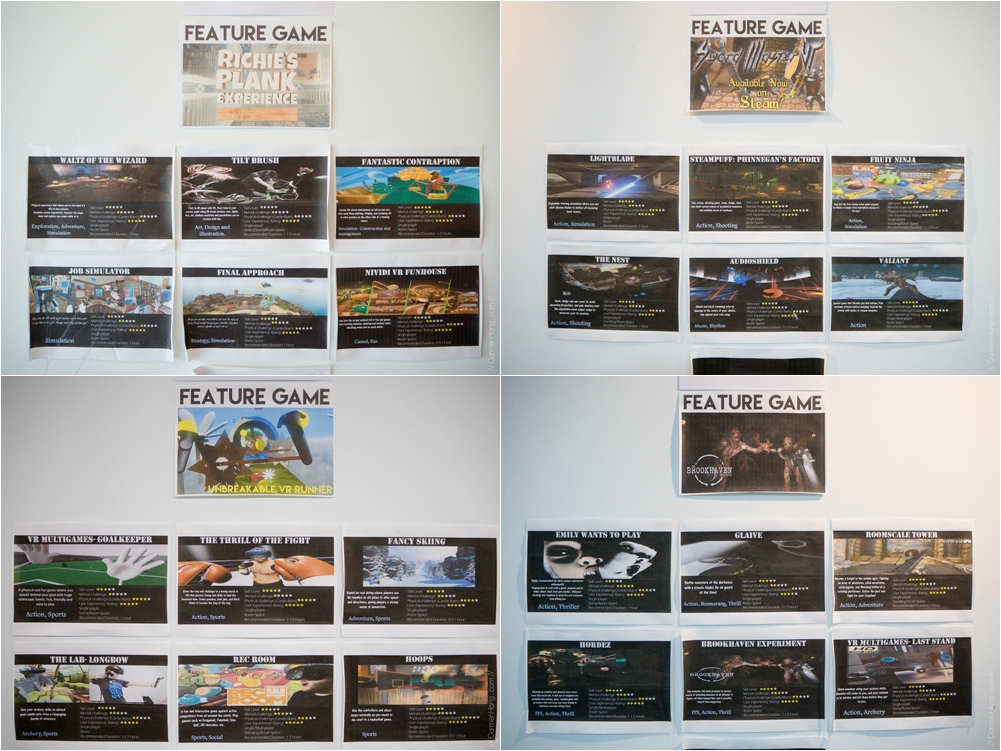 Besides offering customers a VR experience, both VR Lab Kepong Manjalara and VR Lab Wangsa Maju have other services as well. You can actually organise birthday parties, events and even team building activities here! Alternatively, there are also options to rent their mobile VR booth rental if you have any roadshows and etc. These VR experience are not limited by just being another alternative source of entertainment.
Recently, they organised Malaysia’s First Pro VR E-Sport League! If I hadn’t known earlier, I would have trained and probably participated in it, especially since there were special rates given to participants to train and master the game. Did I also mention that there was cash prizes given to the top teams? Click here to see what went down at the Malaysia’s First Pro VR E-Sport League. 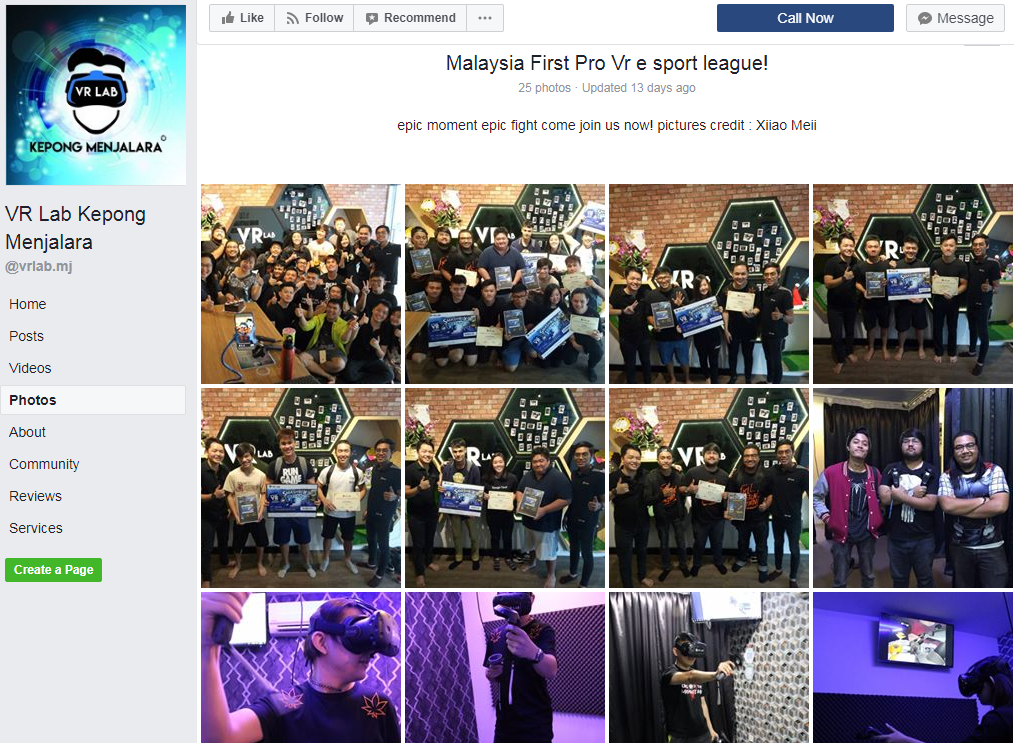