Life is so random, sometimes. And I always believed in serendipity.

Just when I thought it could not get any more random, I stumbled upon a Tech Kajiu program where you get to review two phones with one of the phone from Ninetology, a Malaysian brand. I wouldn’t be surprised if you haven’t heard of the brand before, or you have but wasn’t aware it was a Malaysian company. Malaysian Boleh, ftw. So for the fun of it, I applied to join the program because I saw the Ninetology phones before and I had really wanted to try if the phone are just as good as my Samsung Note 1. I had the Note 1 for a year or so already, and I loved it but I do realise the phone’s lagging lately. So, I’ve been looking around for a new phone and that is when I stumbled upon Ninetology’s range of phone.
So, what a lucky chance it was for me to get picked for the review (even though, I don’t write about technology stuff because I’m just horrible when it comes to techy stuff). Since I have already disclaimed myself there, you can expect this post to anything but techy. I will not be posting about the specifications of either the phones unless it is relevant. I have been asked to do the review according to how my lifestyle and my phone’s usage is, I’ll be reviewing it from that angle.
* * * * * * * * * *
Background Information: Just like most people, I do a lot on my phone.
And that should be about it. These are what I would use on a daily basis. You will find that unlike most phone users I don’t play games. Not a single one. I also don’t use the camera on my phone because I carry own camera with me all the time and it comes with a wi-fi card to enable pictures transfer. So, I won’t be touching on the camera’s quality either.
* * * * * * * * * * 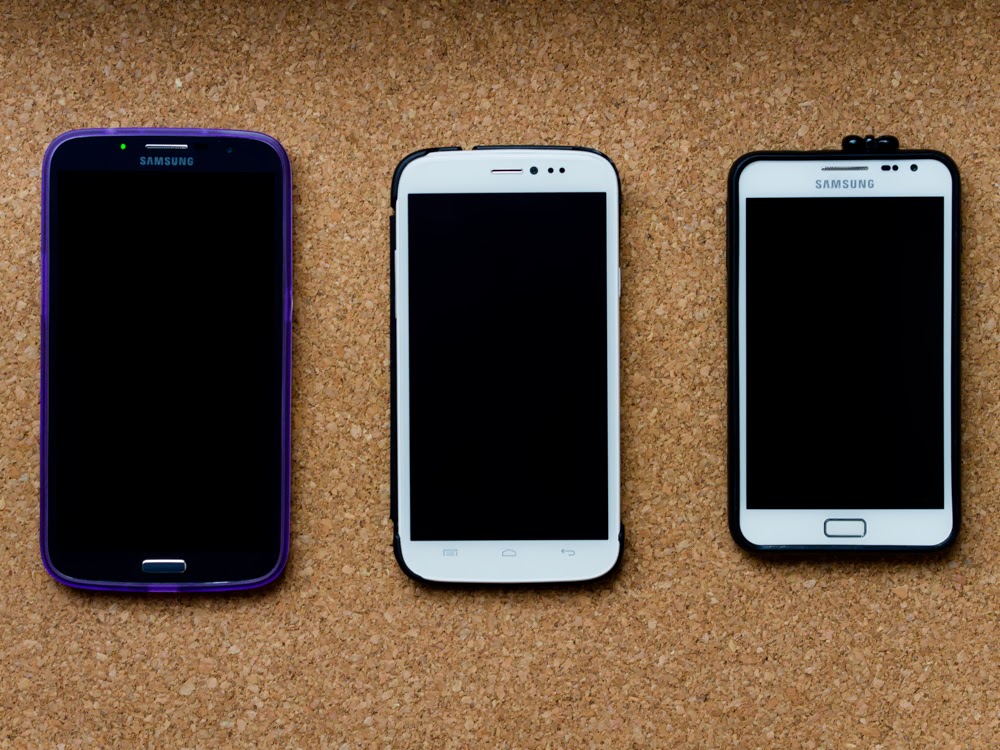 SIZE: When I first got my Samsung Note 1, I thought I had the hugest phone back then. But they keep making phones bigger and bigger. This picture will show you the comparison in size between the three phones. There’s the Galaxy Mega on the left, the U9 Z1 in the middle and on the right is my own Samsung Galaxy Note 1. In terms of size, I found the Mega a bit too huge for me to handle, it always feel like I will slap myself or someone with it. (That used to be a joke among my friends when I first had my Note 1.) I liked the U9 Z1 phone’s size because it’s much similar to my phone. It is easier to hold the U9 Z1 with my small hands too. 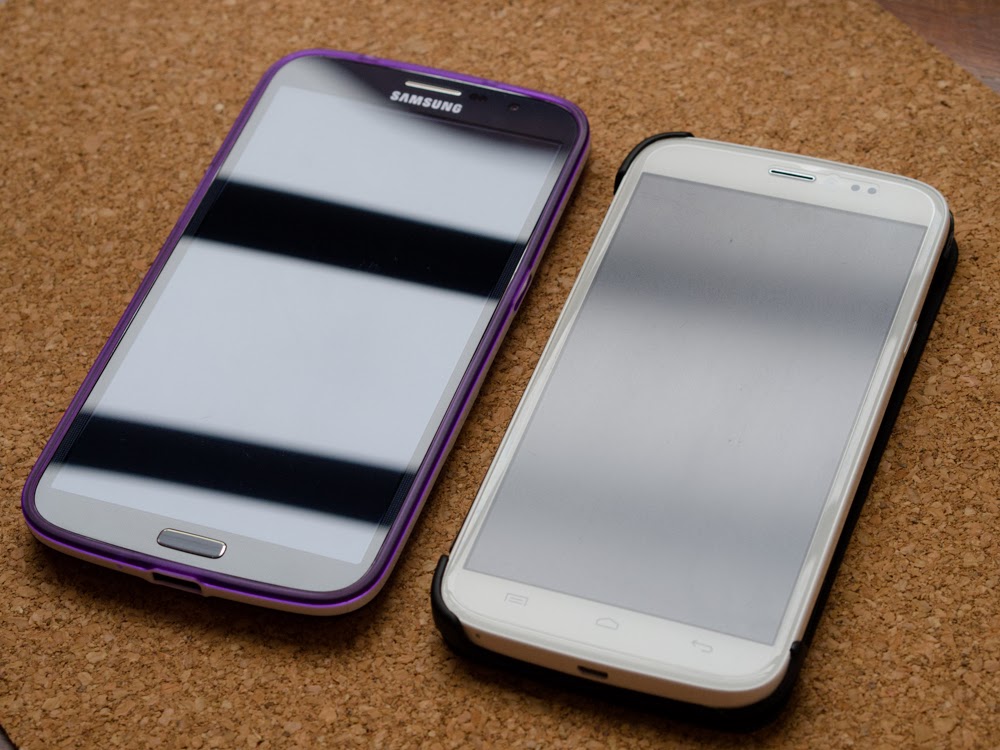 USER INTERFACE: Both the phones are operating using the Android 4.2 Jelly Bean system, so the layout of the apps are almost similar. They are both however, different compared to my phone so I supposed if I had more time for the phone, I’ll be able to familiarize myself with them better, I did like how in the U9 Z1, the apps are arranged in an alphabetically order by default, so I know where to locate my apps and there is already an order to it. I didn’t like the “unlock” feature on the U9 Z1, I keep accidentally unlocking to the messages menu, but I suppose that can get be customized. 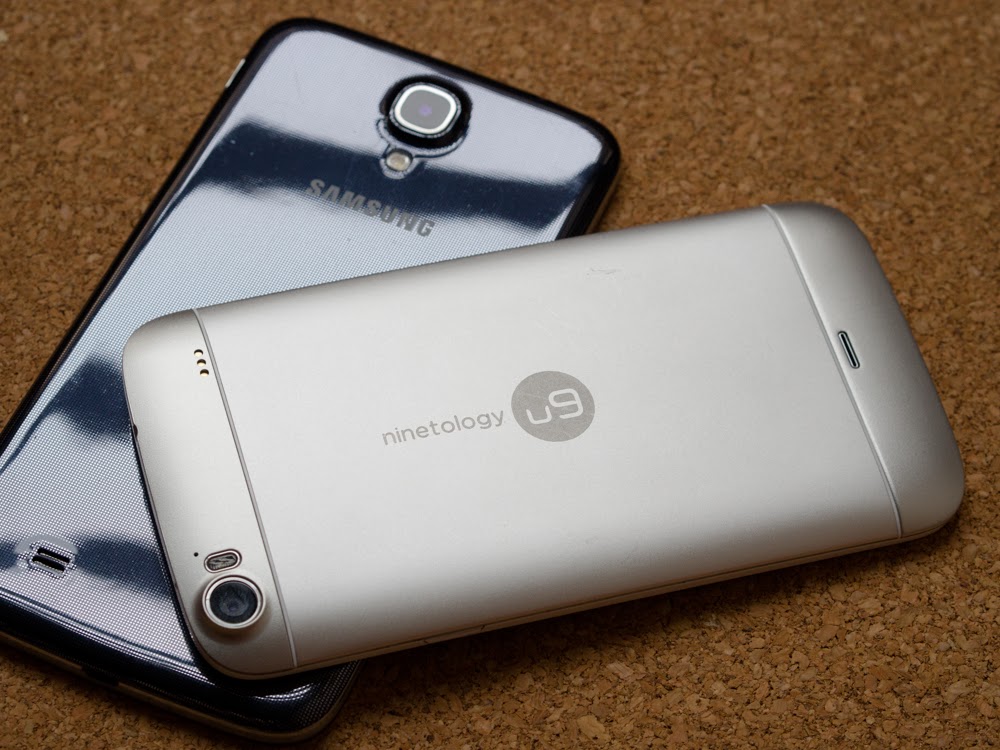 DESIGN: For me, the phones are both very sleek with the U9 Z1 slimmer than the Mega. I am personally okay with both the designs, nothing out of the ordinarily awesome. There was an important thing to note that irked me very much on the U9 Z1. I couldn’t open the back battery casing to take the battery out! I don’t know why it was designed as such, but it is very inconvenient like say if the phone has issues and the power button won’t turn it on. Sometimes, removing the battery will help to reset the device.
* * * * * * * * * *
And now, I will be looking into the phones individually based on what I usually use my phone for. 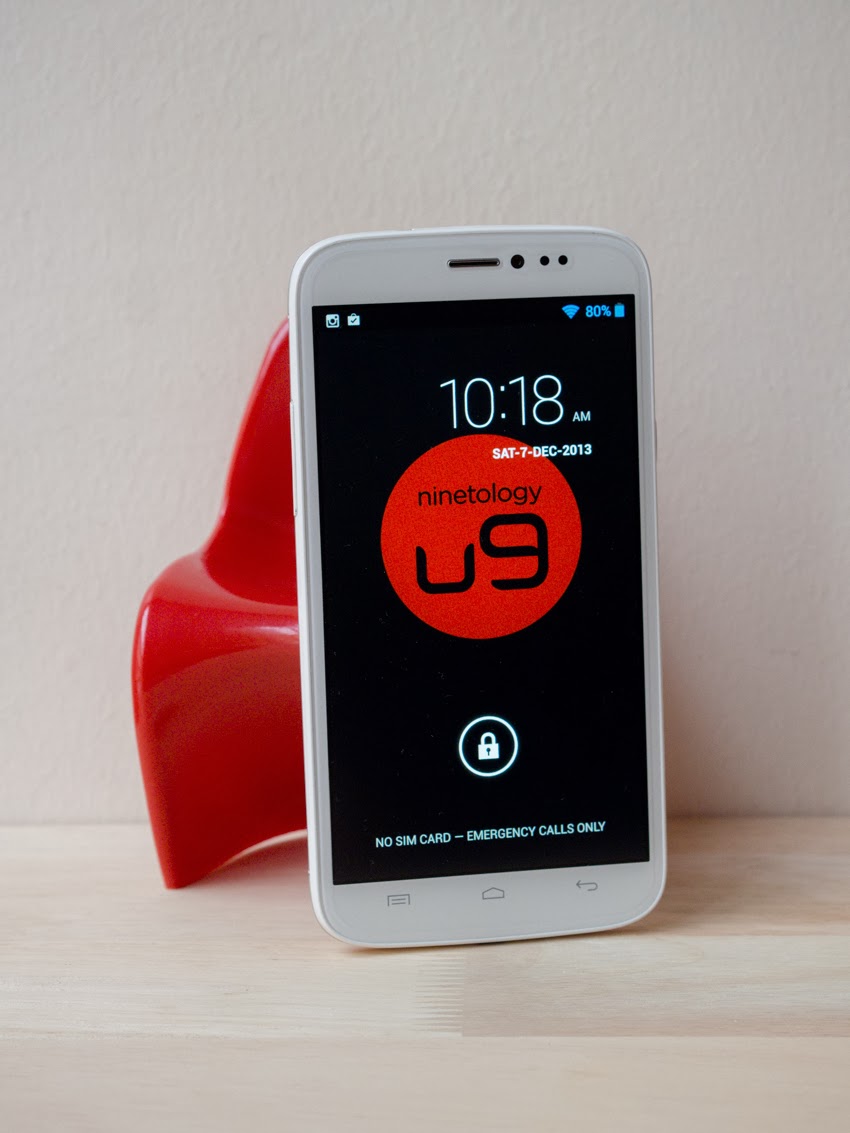 U9 Z1: This phone boasts having a quad core processor, which in my own terms equates to faster performance. You will not experience any lagging on this phone, because of the quad core which was true. I could easily switch between all the apps, and the apps will take little to almost to time to boot up. Just to push it a little further, I decided to download Asphalt 8, which was about 1GB in size. I know running Asphalt 8 on this phone would put the phone to an interesting test, and guess what? Playing the game was running so smooth like a baby’s bottom. 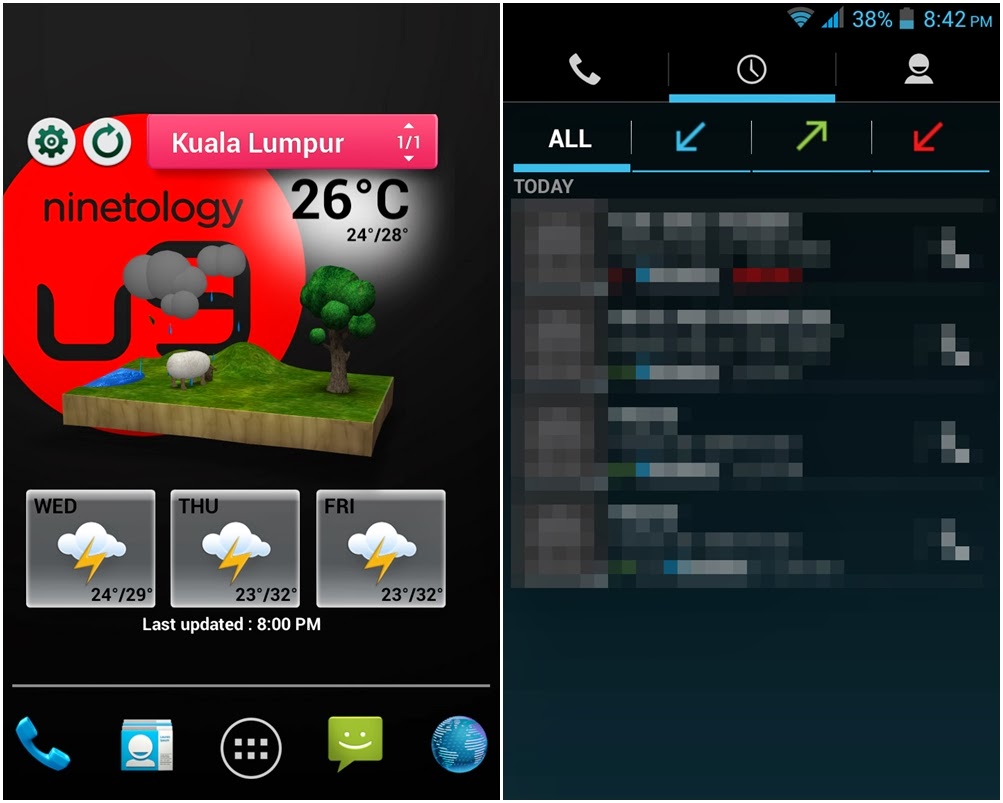 The quad core processor aside, let me touch in the User Interface (UI) again. I have to say that I am indeed bias, because I have been using Samsung and hence I am familiar with Samsung itself. So, I didn’t like some of the icons used in the U9 Z1. I know you can customize icons with certain apps, so I wouldn’t be too concerned by that. However, I found the arrows icon for calls logs were too confusing. I mean what does does arrows meant. =.=” I’m sorry I’m blonde, but I expect something like this to be more universally understood and idiot proof. Haha.
Another thing to note, is the lack of a proper manual for the phone. You’ll only find a simple manual inside the box. This could be acceptable for me, because chances are I won’t read the manual. But the simple manual was too simple and there were things I needed to know but I can’t locate a full manual online. I had to head to Google and only from posting from other users to get my question answered. That process is so troublesome, there should at least a complete manual available online. (I know Samsung has their complete manual online to be downloaded.)
I realised the need for a proper manual, when I was trying to figure out how to do a screenshot on the phone. Personally, I find most of my inspirations from Instagram and I would screenshot them for future reference. But to screenshot using the U9 Z1 was very tricky. I had to press the volume down and the Power button, and sometimes it refused to screenshot, which is extremely annoying. In a day, I would screenshot more than 15 times so you can just imagine my frustration. 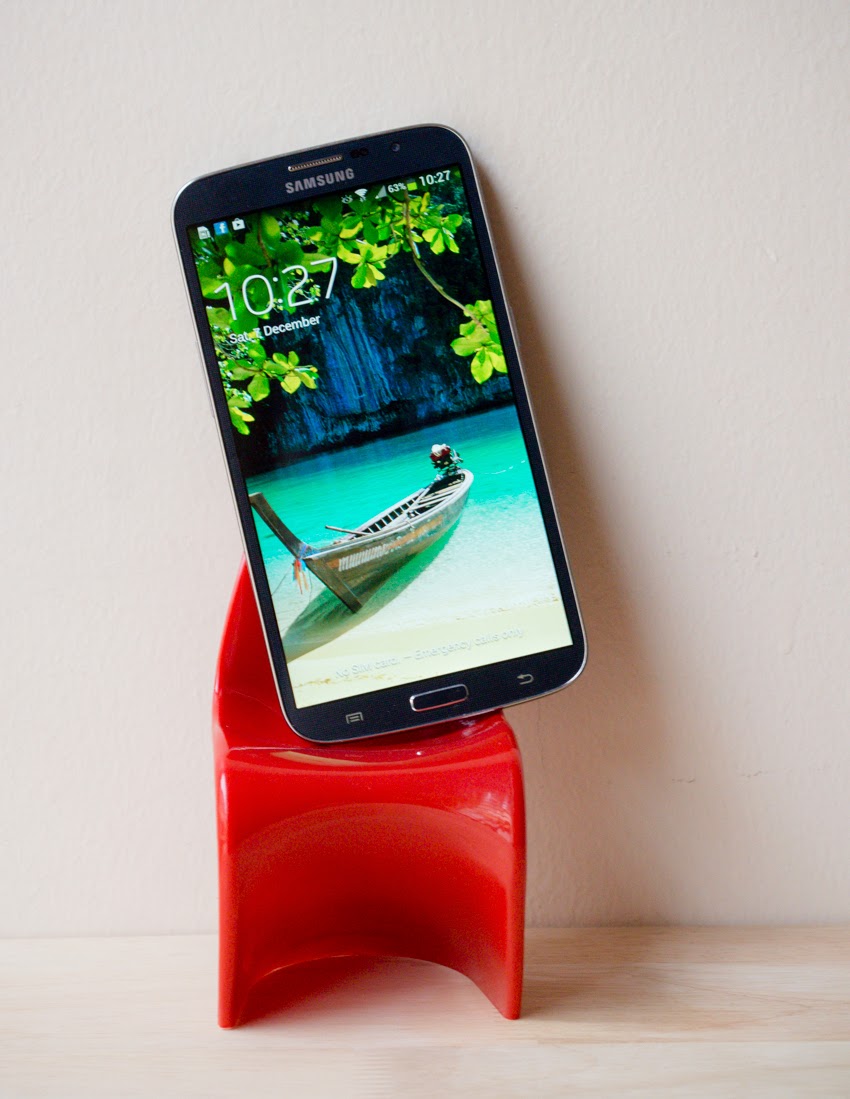 Galaxy Mega: Truth to be told, the Galaxy Mega feels pretty much like my own phone except with a bigger screen and less laggy. I know that there are more features that this phone has but because of the one week review period, I wasn’t able to fully explore those features. Since I’m already familiar with the Samsung phone and interface, it is only normal that I found using the Mega easier and definitely more comfortable. Since the Galaxy Mega was advertised as a phone suitable for gaming, I tried playing The Sims on it and just like the U9 Z1, there was no lagging even though this phone only have dual core processor. In fact, this phone doesn’t lag that much too.
* * * * * * * * * *
That’ll be all to say about the Galaxy Mega, and I’ll finish this post with a short conclusion of which phone I would pick, if I had to choose one.
Verdict: If the choice was between these two phones, I would get the Ninetology U9 Z1. I know that there were a couple of flaws and one of the major set-backs of the battery, I would still choose the U9 Z1,  because it is running on quad core which means it will have more processing power to enable me to multi-task between apps. I also find the size of this phone more suitable for me, it is not too huge and a size where I can still manage. After this all, the price of the Ninetology U9 Z1 is also cheaper than the Galaxy Mega.
Whew, I managed to finish this post. I hope you enjoyed reading this post, I know it’s not all that techy and stuff. But yea, this is what I managed anyway. 🙂 If you’re interested to find out more about the Ninetology U9 Z1, you can find out more here; http://www.ninetology.com/u9/products/z1/.