Review: Why I love the Olympus PEN Lite E-PL7

By now, it’s almost a few months since I have started using the Olympus EPL7 and I’ll be honest to say that I haven’t touched my EPL5 for some time already. The thing is there is so much to love in the new camera even though I have the older version of it. So while it may appear like I’m doing a comparison to the EPL5 here, I’ll be posting on what I love about the new camera which is actually also a new feature in the EPL7 or an upgrade.
Note: The pictures in this post will be pictures that I have taken over the course of the last few weeks, so they won’t have a theme or a particular flow of it as I would like to demonstrate the different capability versatility of the camera. 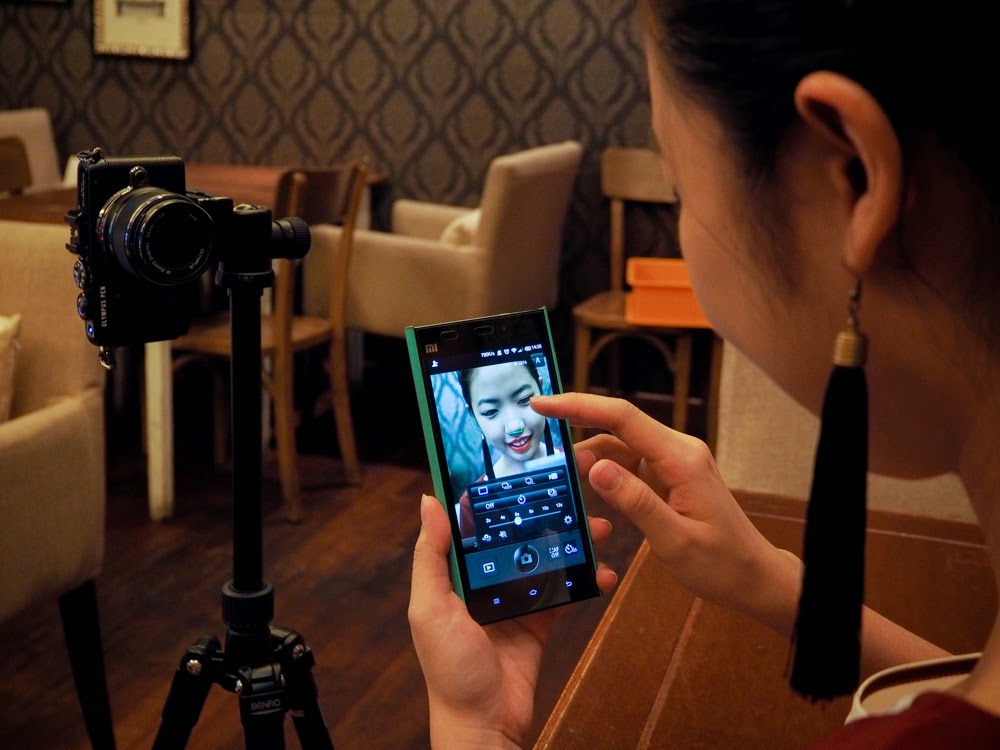 // Here’s a picture to show you how the Olympus Image Share app looks like when it is used under the “remote control” mode. Picture taken by Calvin. //

I mentioned in my first post about the EPL7 just how much I welcome the WiFi function cause it meant that I can control the camera remotely and also transfer the pictures I took immediately to my phone to upload to social media or simply just to share with my friends.
Using the Olympus Image Share and my phone which is running on the Android KitKat, using the app to shoot and transfer images were seamless. You can see in the pictures below how the app works in the live view/remote control mode. From the app, you can control settings like the shooting mode, the aperture, shutter speed, self timer …pretty much most of the shooting options can be controlled from the camera itself. Once you enable self timer, the screen will also flip to show the mirror effect. 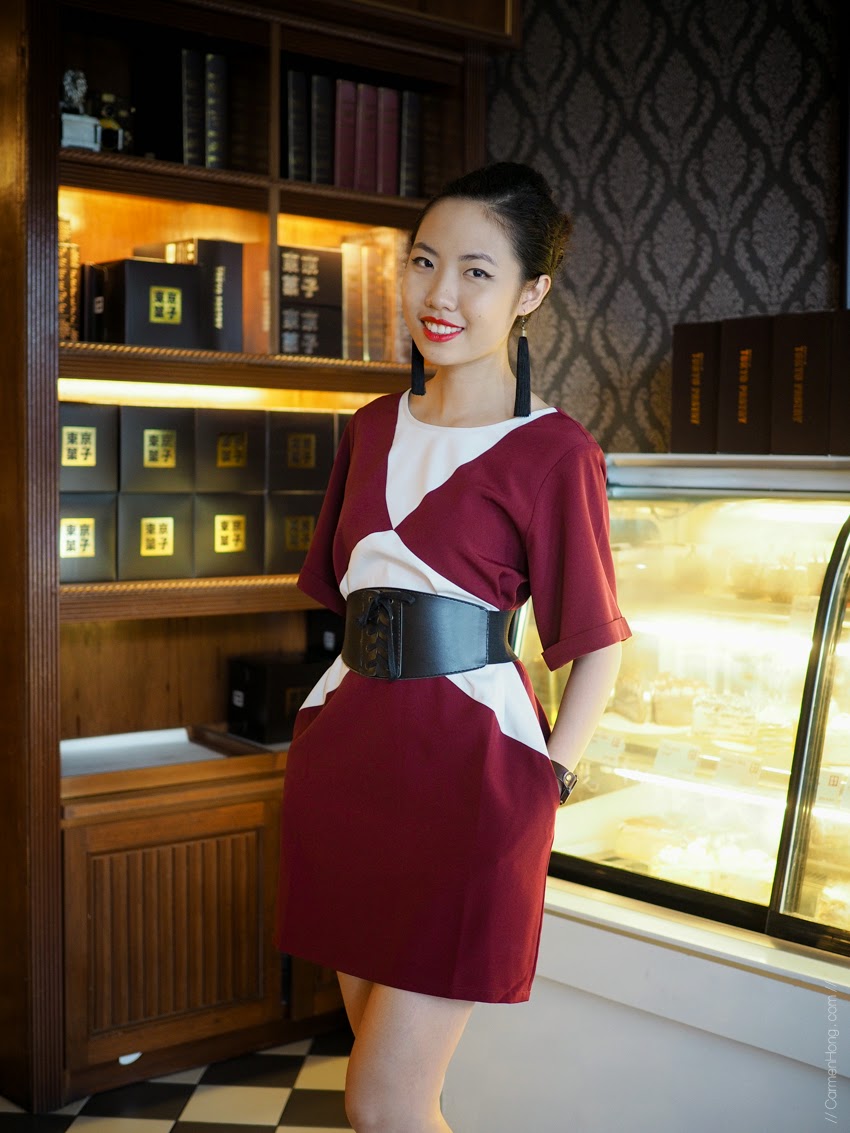 // This self-portrait was taken using the”remote control” function in Olympus Image Share app, which I used the Touch AF to select which area in the frame to focus on (in this case, it is my dress) and then setting the timer to 6 seconds, giving me ample of time to pose and to keep my phone in the pocket. // 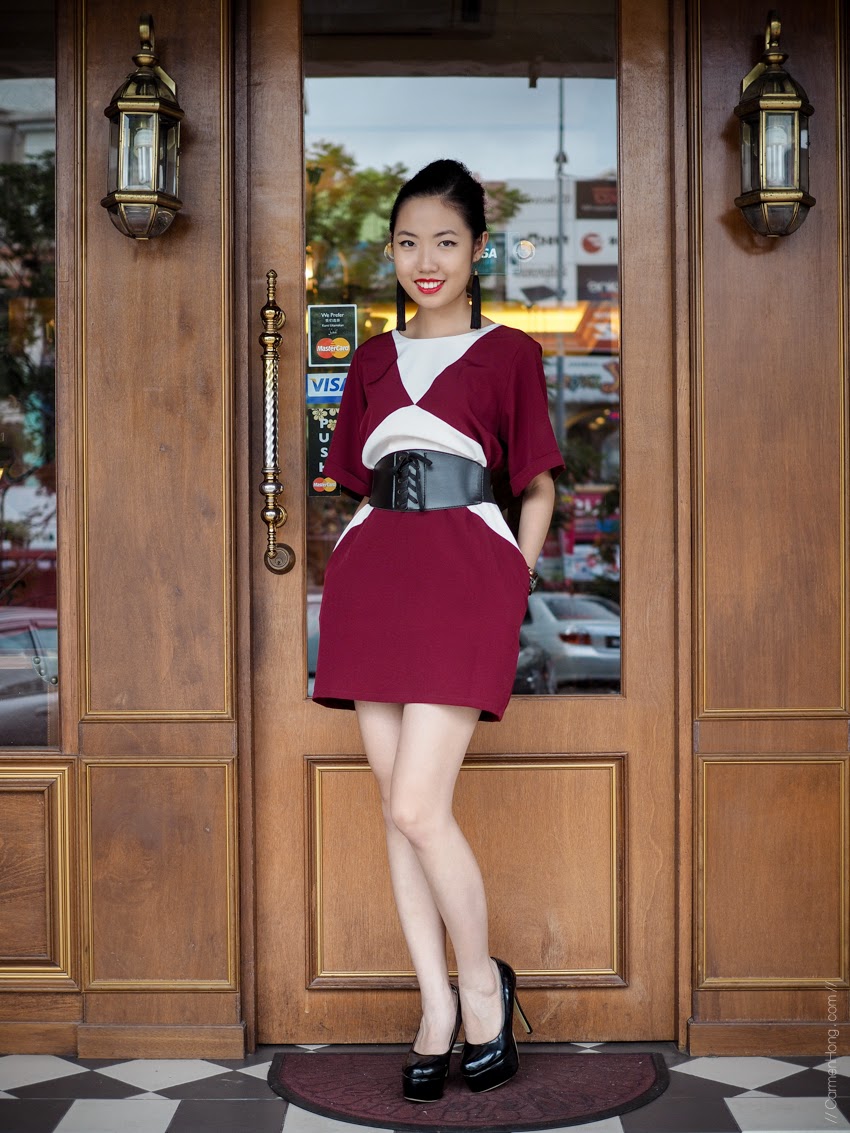 // This is also another self-portrait taken using the Olympus Image Share app, by using the WiFi from the camera to connect to my phone. This time around I wanted to try a full OOTD shot, and with the EPL7 and 25mm lens placed on the tripod, I was able to do so all by myself. It really help to be able to see what’s behind the camera lens which is basically how I look like in front of the camera. That way, it allows me to pose better with my better angles. // 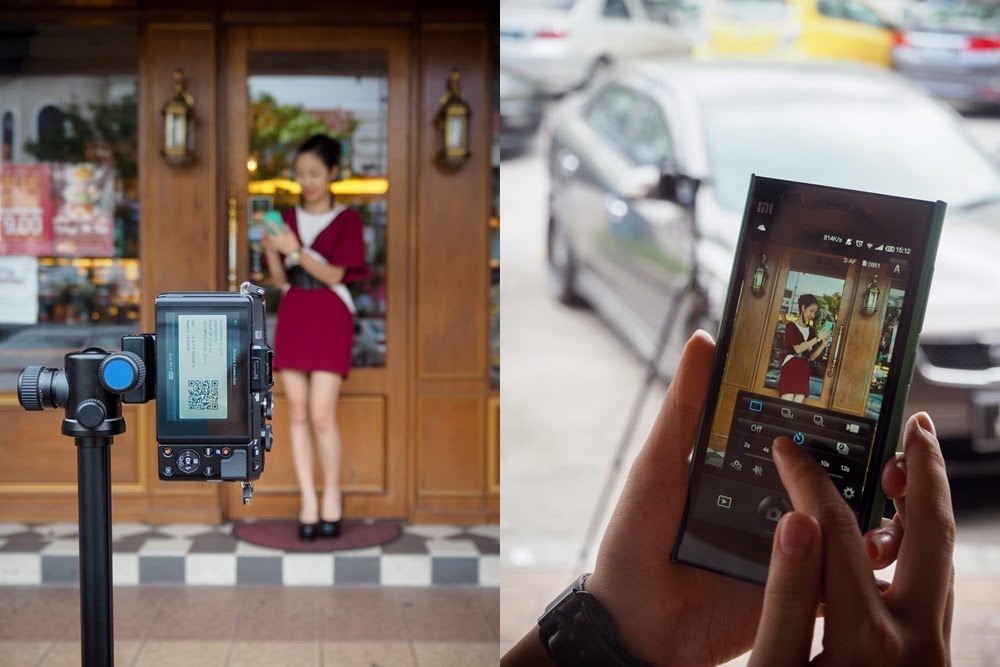 // Here’s a behind the scenes pictures taken by Anna from http://annna.net/. Now, you can see that the camera is placed on the tripod and I’m controlling the camera using the WiFi connectivity of the EPL7 and with the amazing Olympus Image Share app. My phone screen is only showing some of the settings that I can control. // 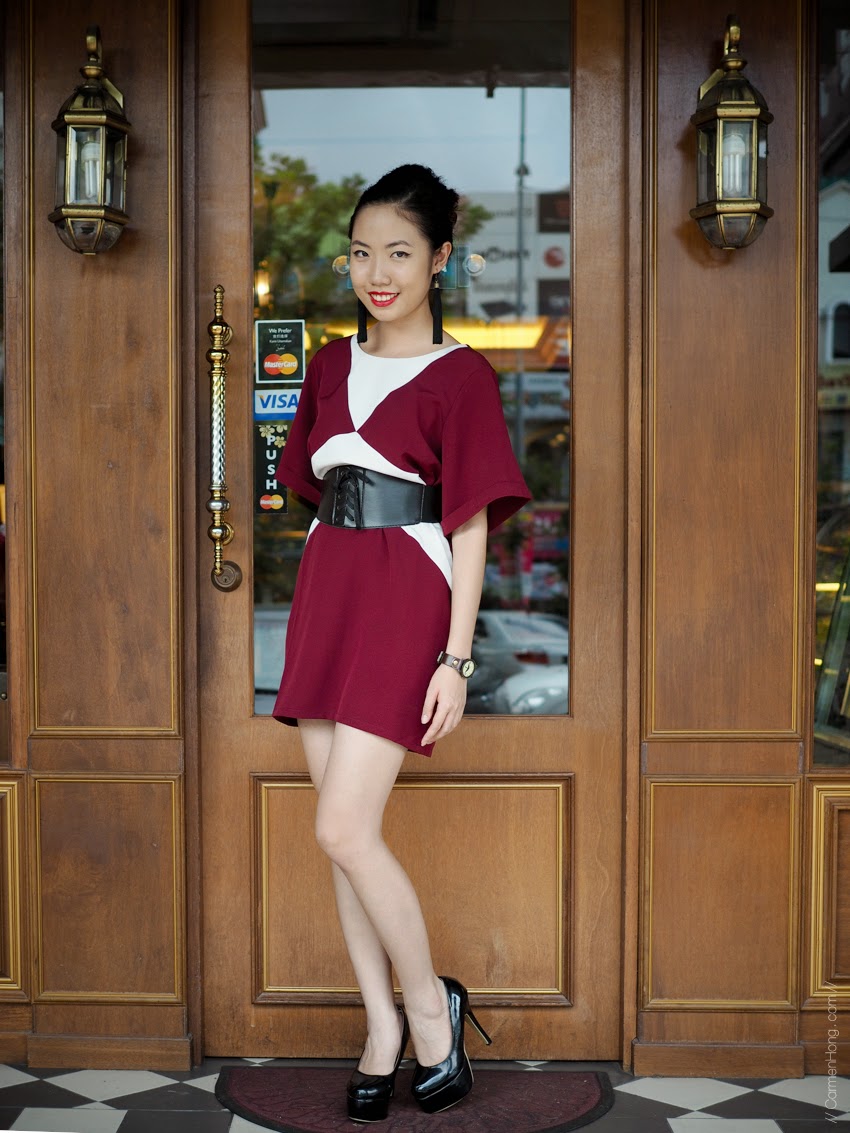 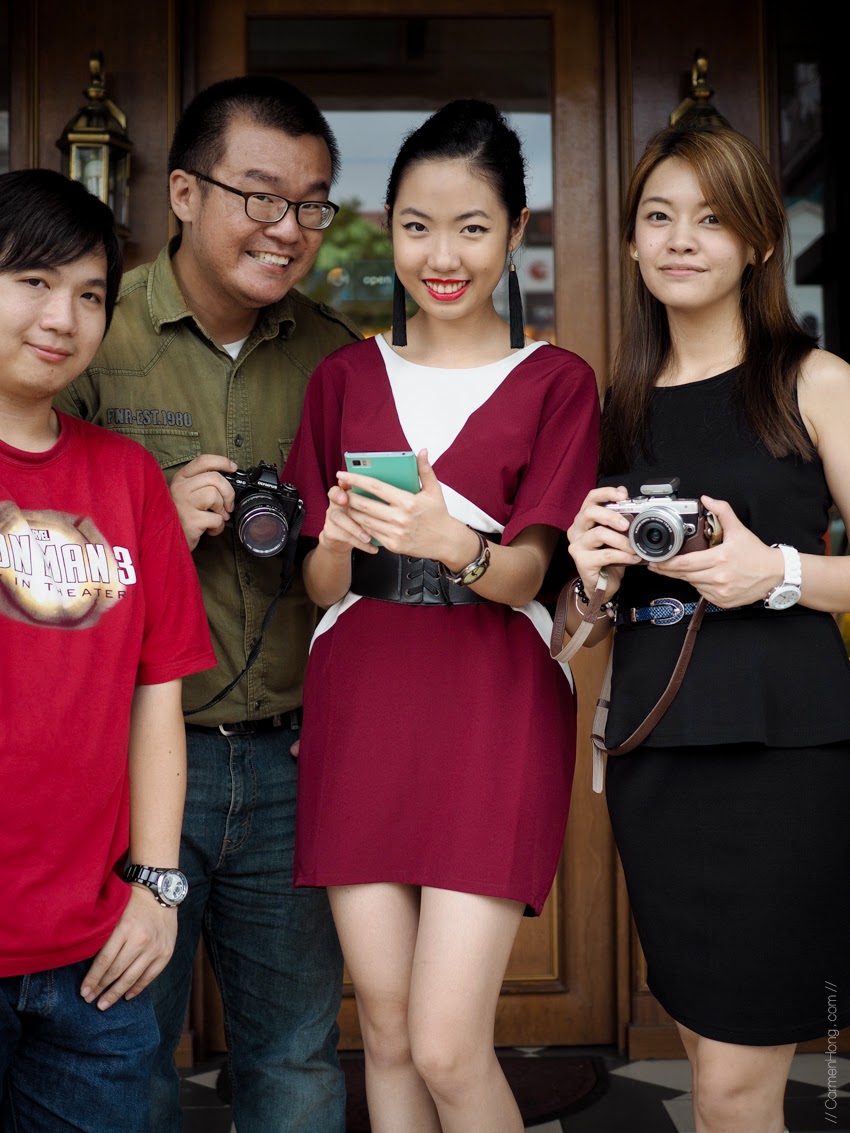 I have mentioned how often difficult it was to shoot my own self-portraits (I did a Project52 last year, where I shot self-portraits every week) but with this app and the WiFi capability, shooting controlling the camera remotely, allows me to set my settings and compose my picture too. The best part of this all, is that it also works for group self-portraits, like the one above where I captured using the Olympus Image Share app. That will explain why I am holding my phone. The picture above was shot using the 25mm lens, so it was a tight space. Meet Jackie, Robin and Anna. 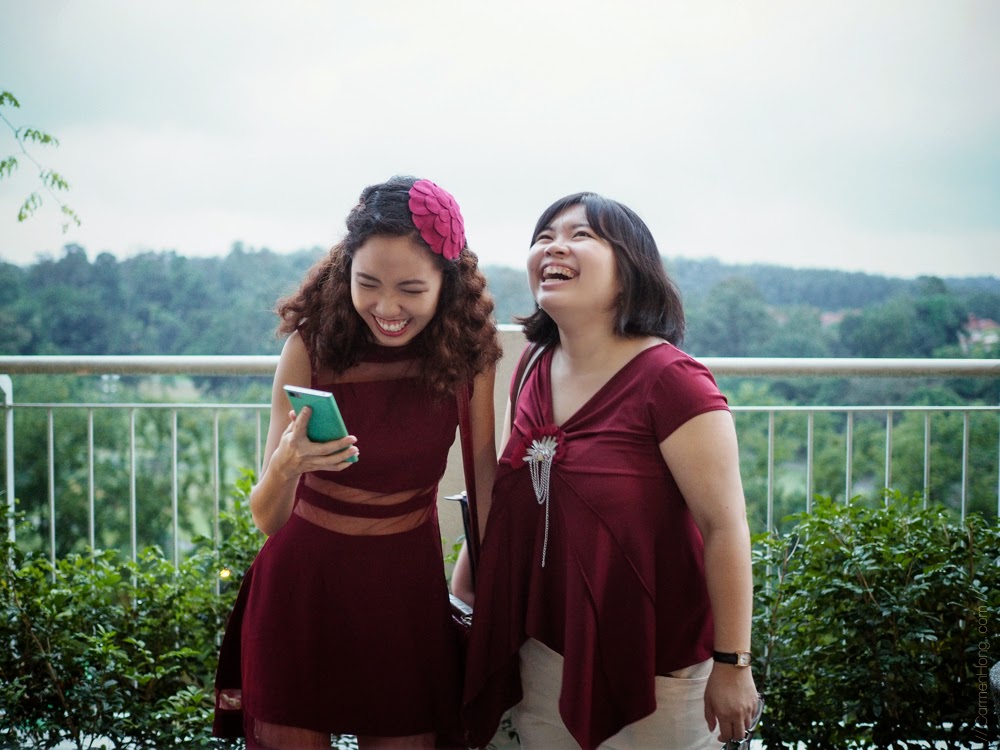 // Here’s a picture that I captured by using the app with a self timer of 6 seconds, allowing my friend and I to pose. The picture above was not posed though, because I set the timer too long and it captured us, mid-laughing. See the original posed picture below. If you notice, we are still in focus even though we moved from our original pose, and that is the beauty of the Olympus’s AF. // 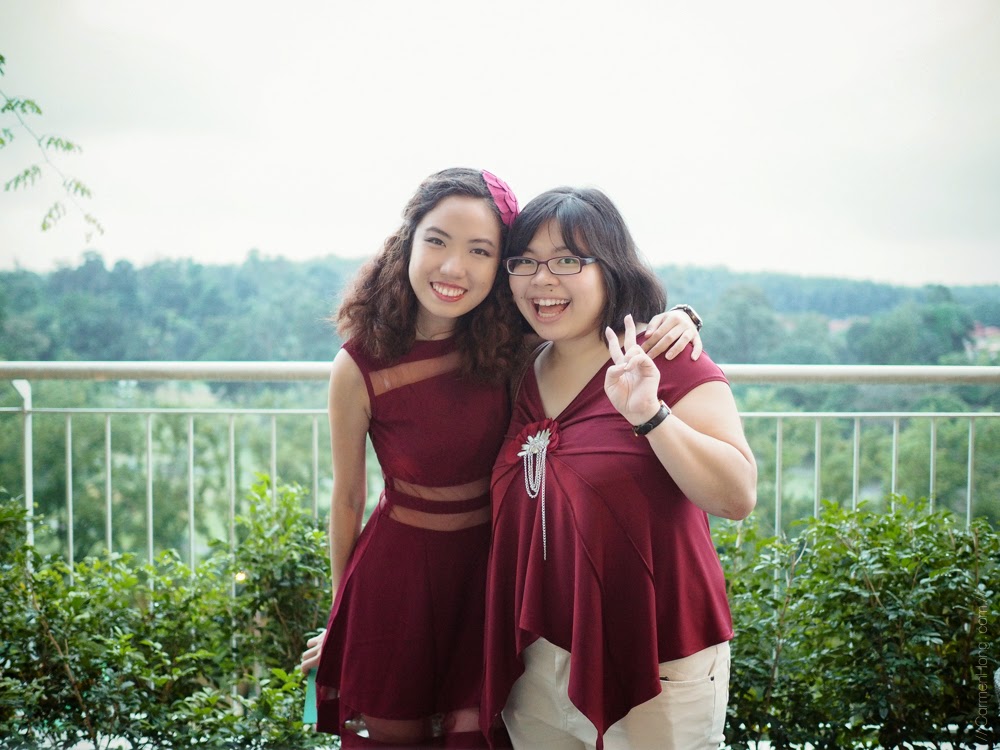 With the EPL7, the autofocus is fast and pretty accurate for me. It also has the 81-point AF grid which covers the entire frame of the image, hence anywhere can be your focus area. I remember telling this to one of my friends, that my camera had 81 point and he didn’t believe it. But it is true and what makes it even more awesome is that the camera has Touch AF. 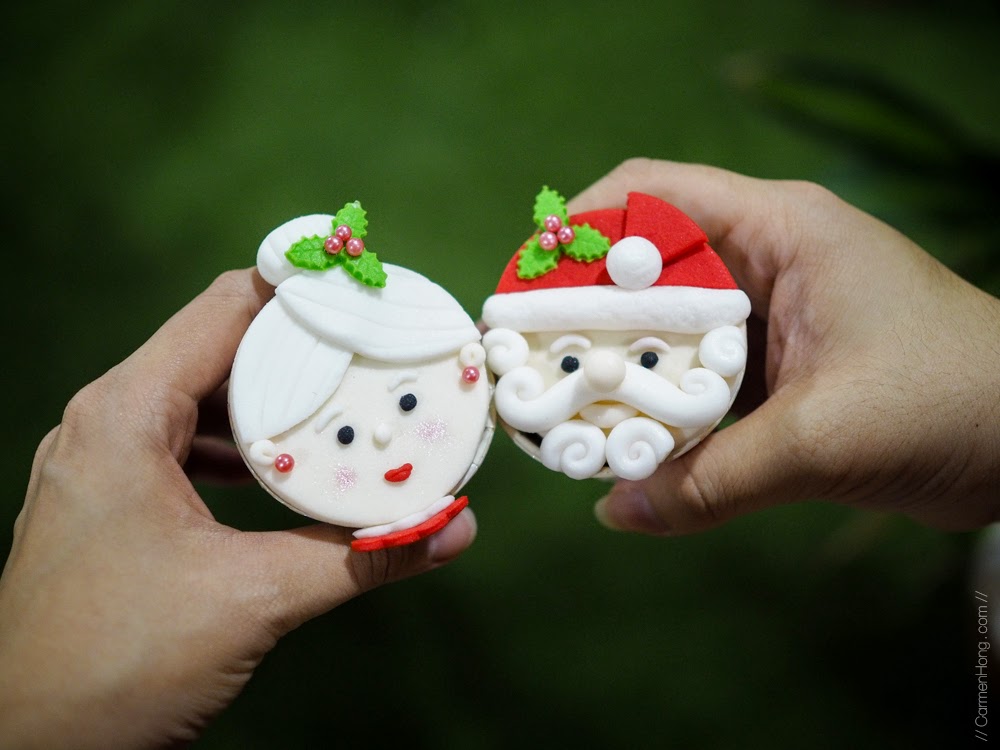 // For pictures with this effect, Touch AF is useful as it allows you to select the focus area. I chose to focus on the Mrs Claus’s cupcake, which you can see is sharp, capturing the little details on it even the glitter on her cheeks. //
Touch AF allows you to select any area in the frame that you want to focus on. This especially useful for me when I’m shooting food, because I know exactly which area I want it to be in focus, and the rest is not. By being able to do this, I found that my pictures came out to have the effect I wanted, which is a soft bokeh in the background with the food in focus. 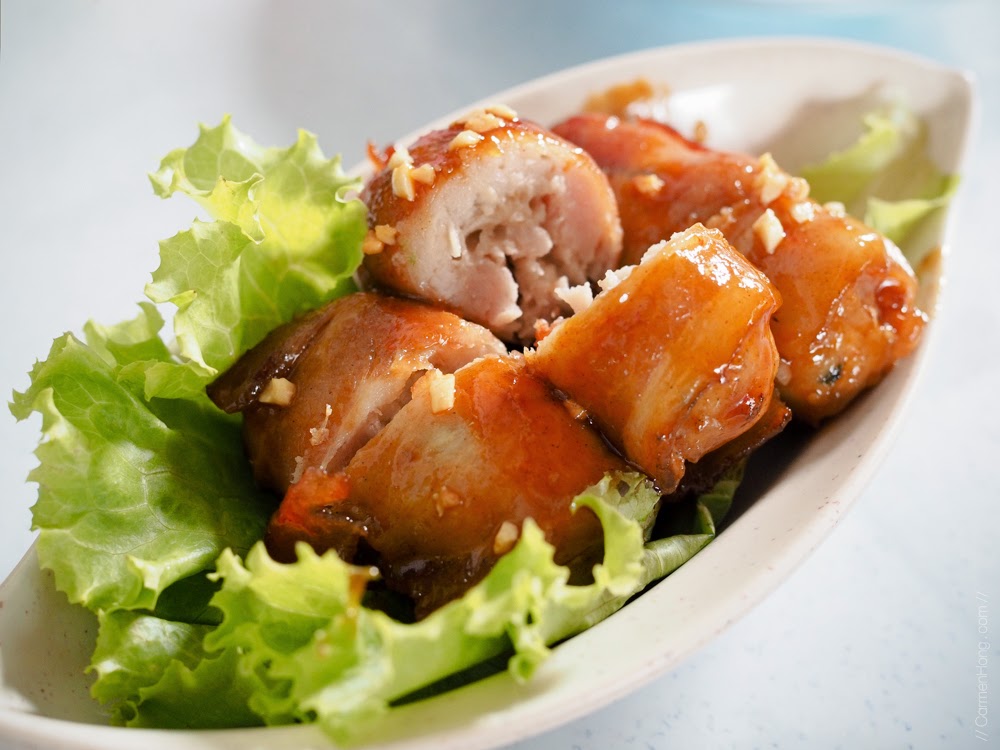 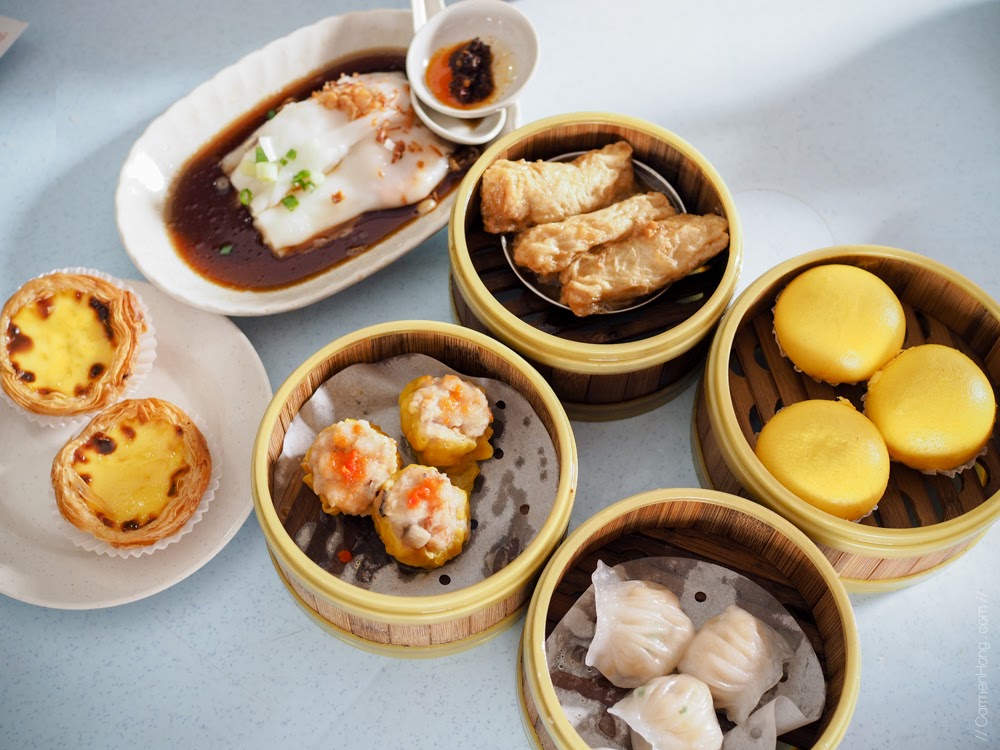 I mentioned above how I have the EPL5 camera and now, I’m shooting with the EPL7 mostly. So here’s the thing, when I started shooting with the new camera, I realised that my images were much sharper than my previous shots on the EPL5. I would say that the pictures have a certain clarity to them and the effect is a very neat, clean and focused picture. I don’t know how to explain further, but I’ll leave you with an excerpt off the Olympus website describing what the TruePic VII image processor does. And as usual, the colours of the image are just amazing with the new processor, it is vibrant and almost a similar colour as what we see.

“TruePic VII optimizes sharpness according to the optical characteristics of the attached lens and aperture (F) value, performs high-precision demosaicing optimized for the low-pass filter less sensor, and features Fine Details II that reduces false colors. It brings out the potential of lenses to achieve sharpness and high resolution.” 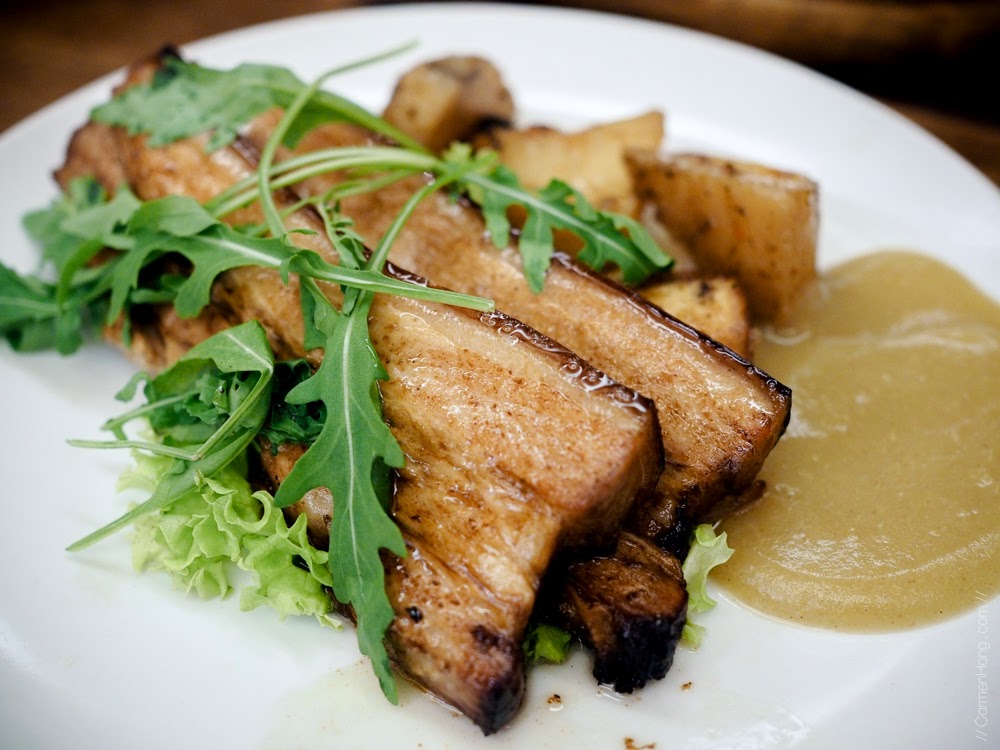 // The pictures above and below were taken in a dimly lit with incandescent light bulbs which gave my picture a orangey hue to it. It made the food less appetizing but I used the Olympus’s One Touch White Balance, to get the correct white balance and ta-da! The pictures looks better. I also wanted to emphasize that with the new TruePic VII image processor, I notice the vast difference compared to my EPL5. // Note: If you’re an Olympus user and do not know of the One Touch WB, do click on the link to learn more about it and how to enable/use it on your camera. 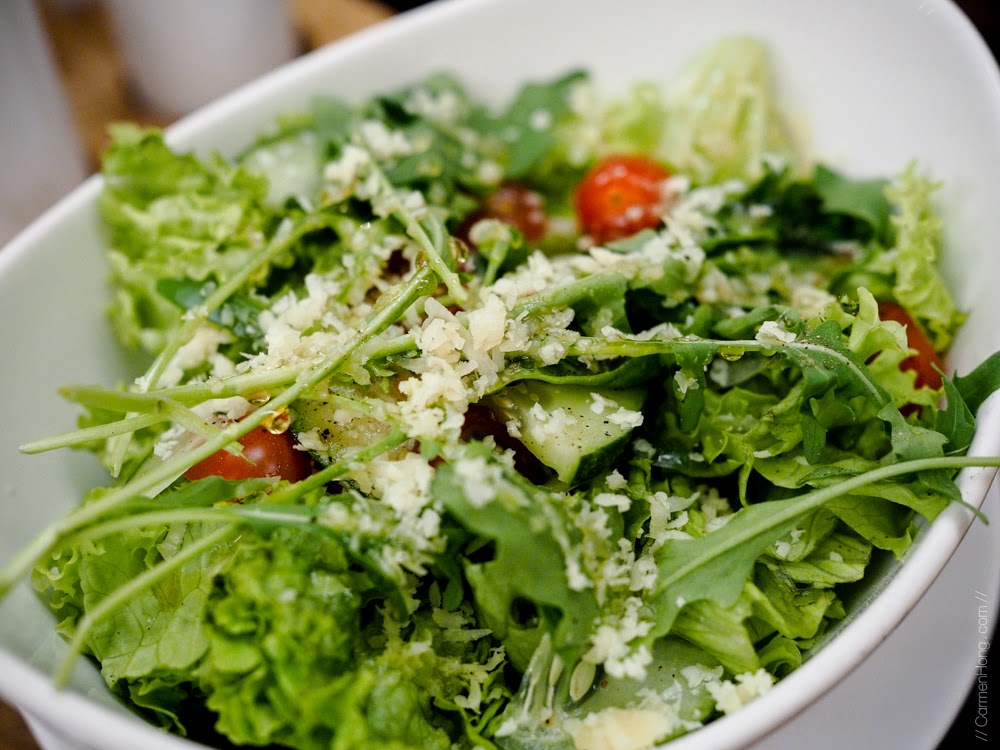 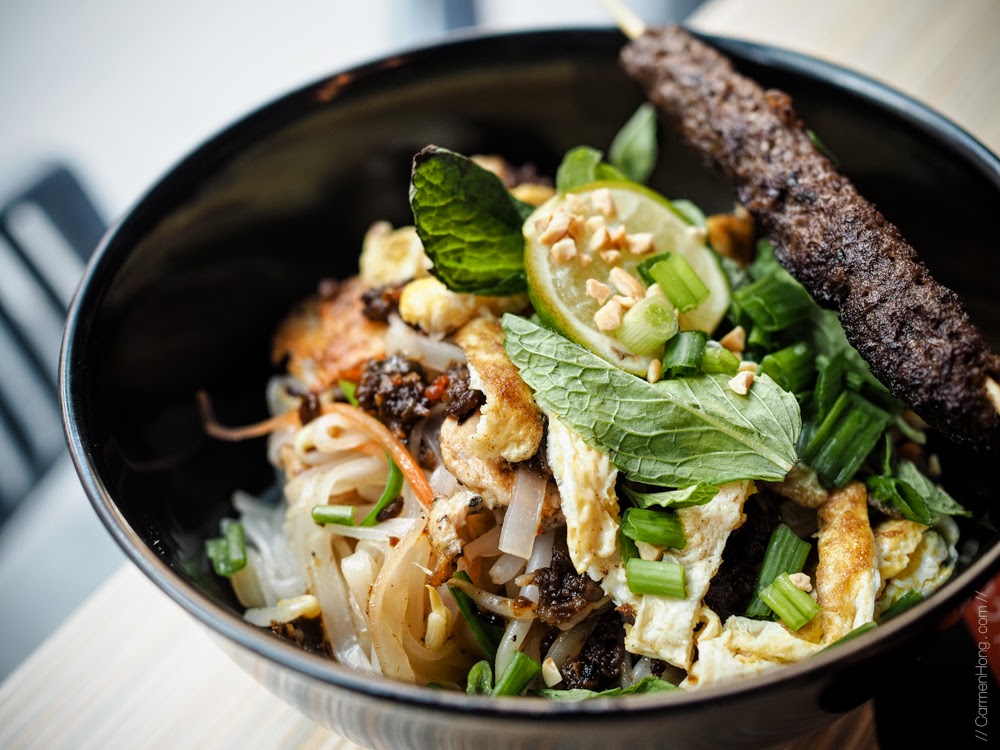 The EPL5 uses the older Image Stabilization system while the EPL7 has 3-axis image stabilization. I’ll be honest and say that in poorer lit conditions (like in the restaurant I mentioned above), I found that the EPL5 struggles to capture a sharp picture and that is when I decided to shoot with three pictures continuously just so that I can get a sharp picture. I shoot in RAW + JPEG, so that means that my memory run out faster that way. But I didn’t know any other way to get my picture clearer in those lighting condition. I could bump up my ISO, but I didn’t want (I like mine at the maximum of ISO1600) and I am already shooting at the widest I can without have too shallow DOF since I am mostly shooting food.
But with the EPL7, I have never once had that struggle of shooting in low light condition. Most of the pictures I snapped were sharp and clear, even in low light and mostly in any lighting condition all together. I must say having the 3-axis image stabilization really helps in that. With this, I am so much confident in shooting at a much slower shutter speed with lower ISO because I can be sure to rely on the axis image stabilization. 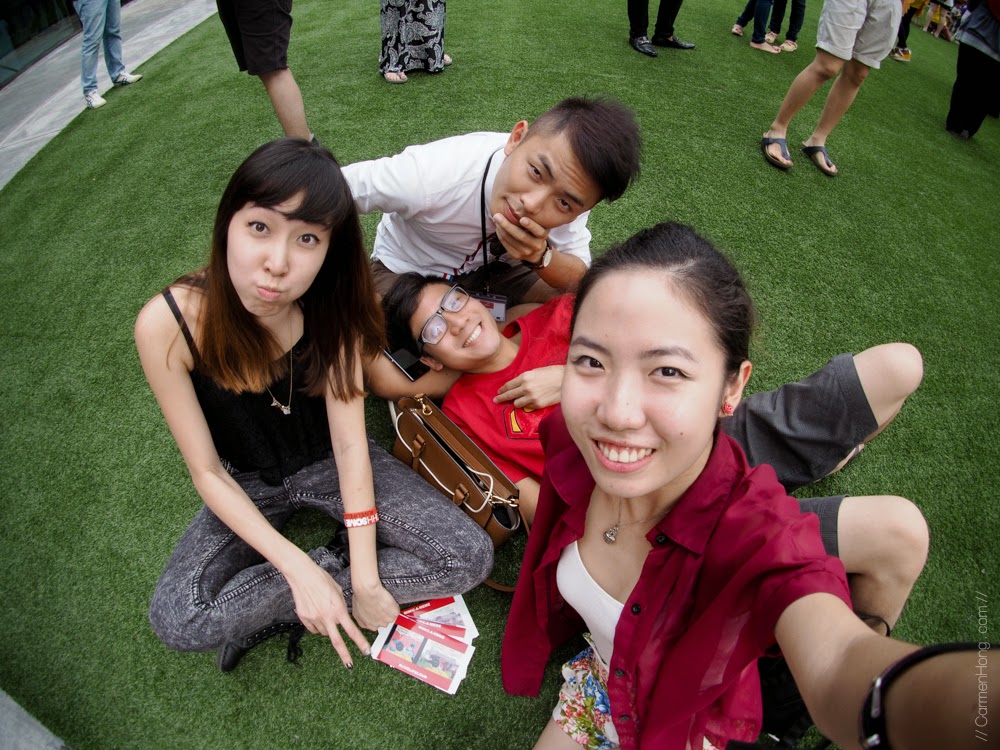 // In pictures like this, having the 3-axis stabilization is pretty much amazing because when you extend your hand that high up, hand shake tend to happen and with the Fisheye Body Cap 9mm lens, especially since aperture is fixed at f/8.0. The picture above was shot during daytime so the shutter speed was pretty fast to be fair. Hand shake happen still, but the camera managed to get pretty sharp image. // 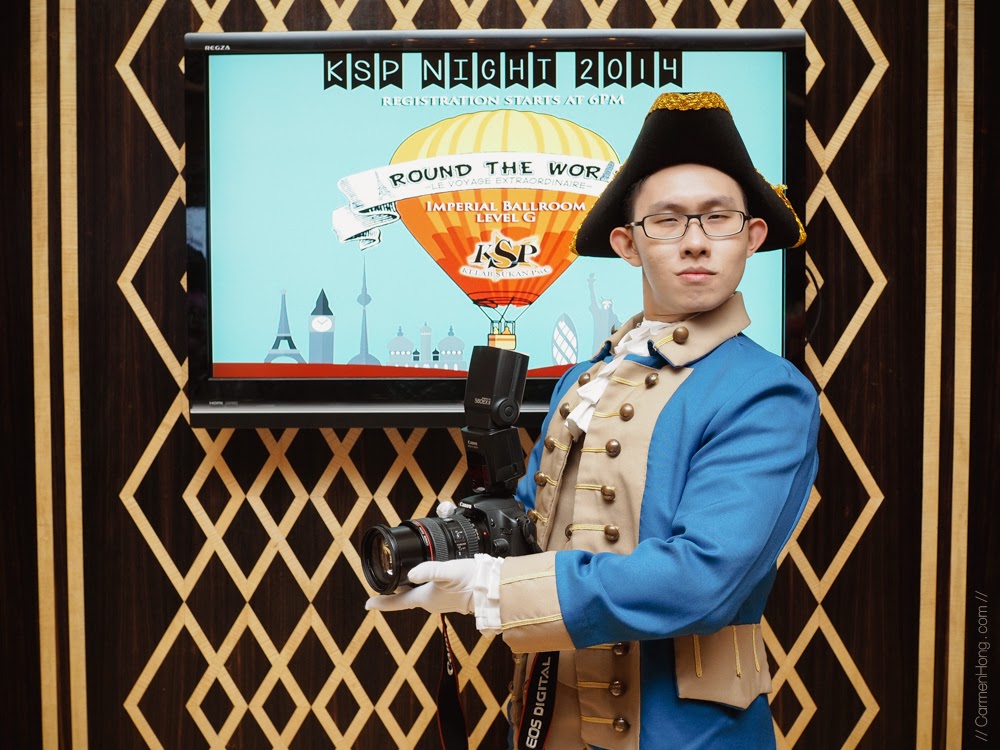 // I decided to mount a FL-50R flash, which is a flash meant for Olympus DSLR’s on my camera to shoot for my annual dinner. The whole set up, actually made the EPL7 feel rather imbalanced, with the weight of the flash being very heavy. Because of this, I was relying on the 3-axis stabilization to ensure that the image I take is still sharp. I was also shooting at the speed of 1/60, which is much slower than my usual shots. // 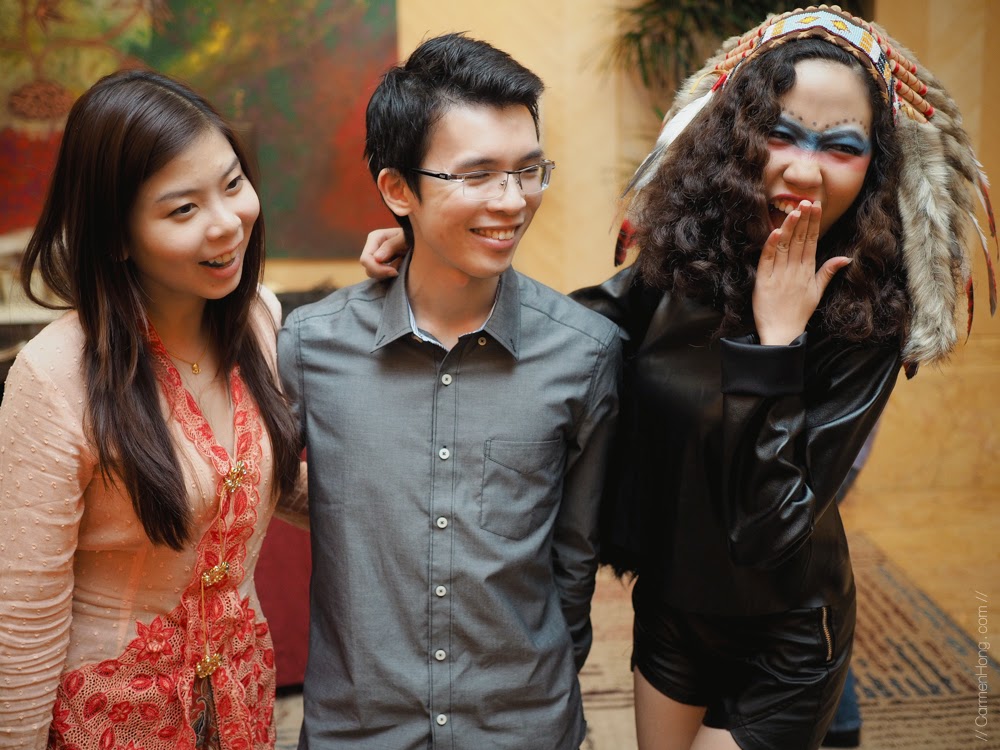 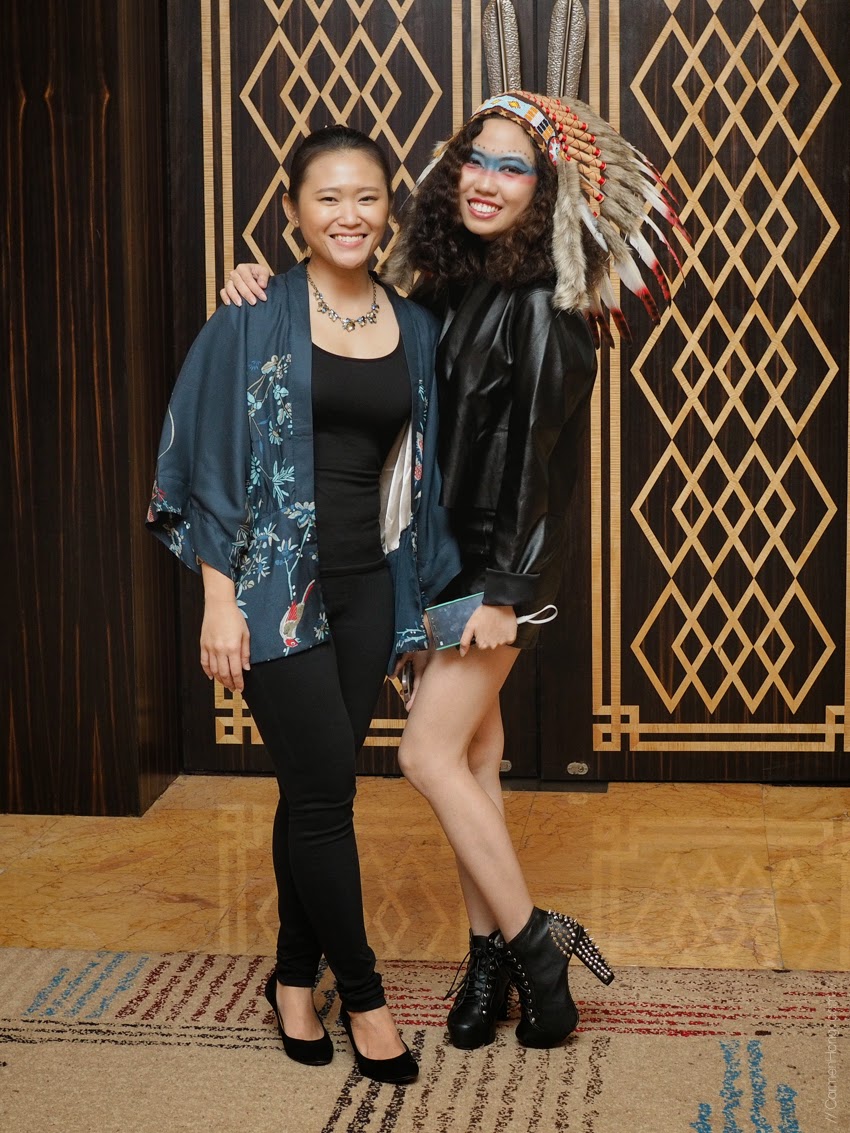 // With most of the pictures from the night turning out good and focused, I can now definitely rely on 3-axis stabilization, along with Olympus fast AF. Even so, shooting with the right techniques and the right settings is crucial. So, as amazingly powerful a camera can be, do ensure and check your settings is right before proceeding to shoot. // 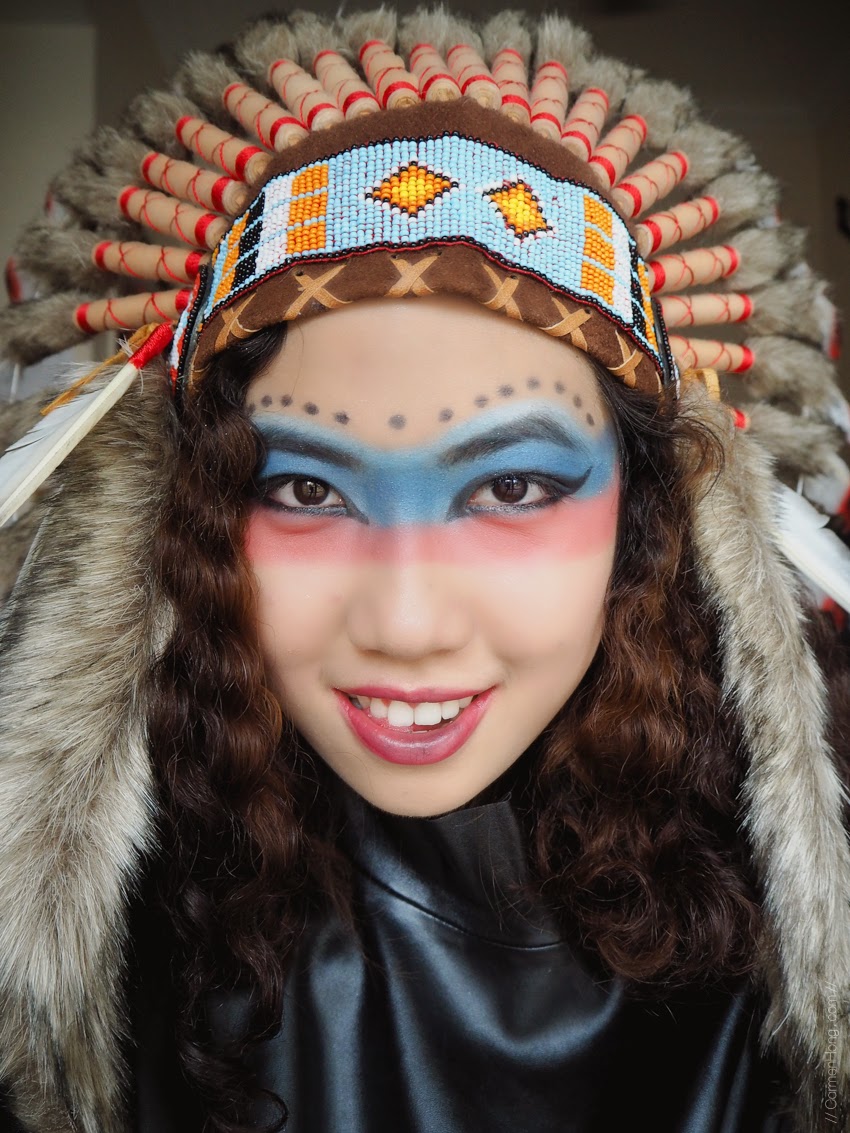 * * * * * * * * * *
And with that, it wraps up my reviews on the Olympus PEN Lite E-PL7. I wrote three posts on the camera, so do read them all if you haven’t read it yet.
I will be posting more about the camera in the coming months, and since I’m leaving for my Phuket trip soon, I plan to do a photo post on that trip using the pictures I captured with the EPL7 and the Stylus TG3 (which is a waterproof camera with WiFi capability). I am beyond excited to shoot underwater so stay tuned for that. 🙂 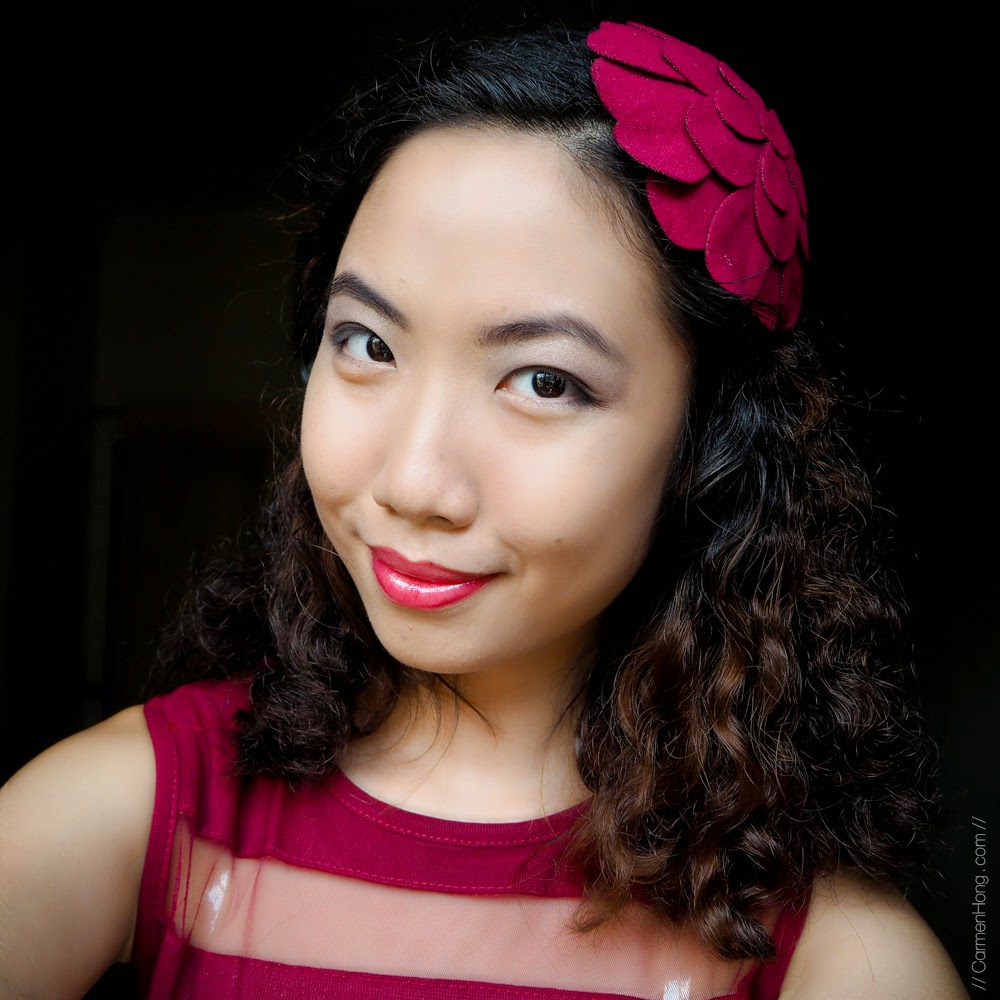 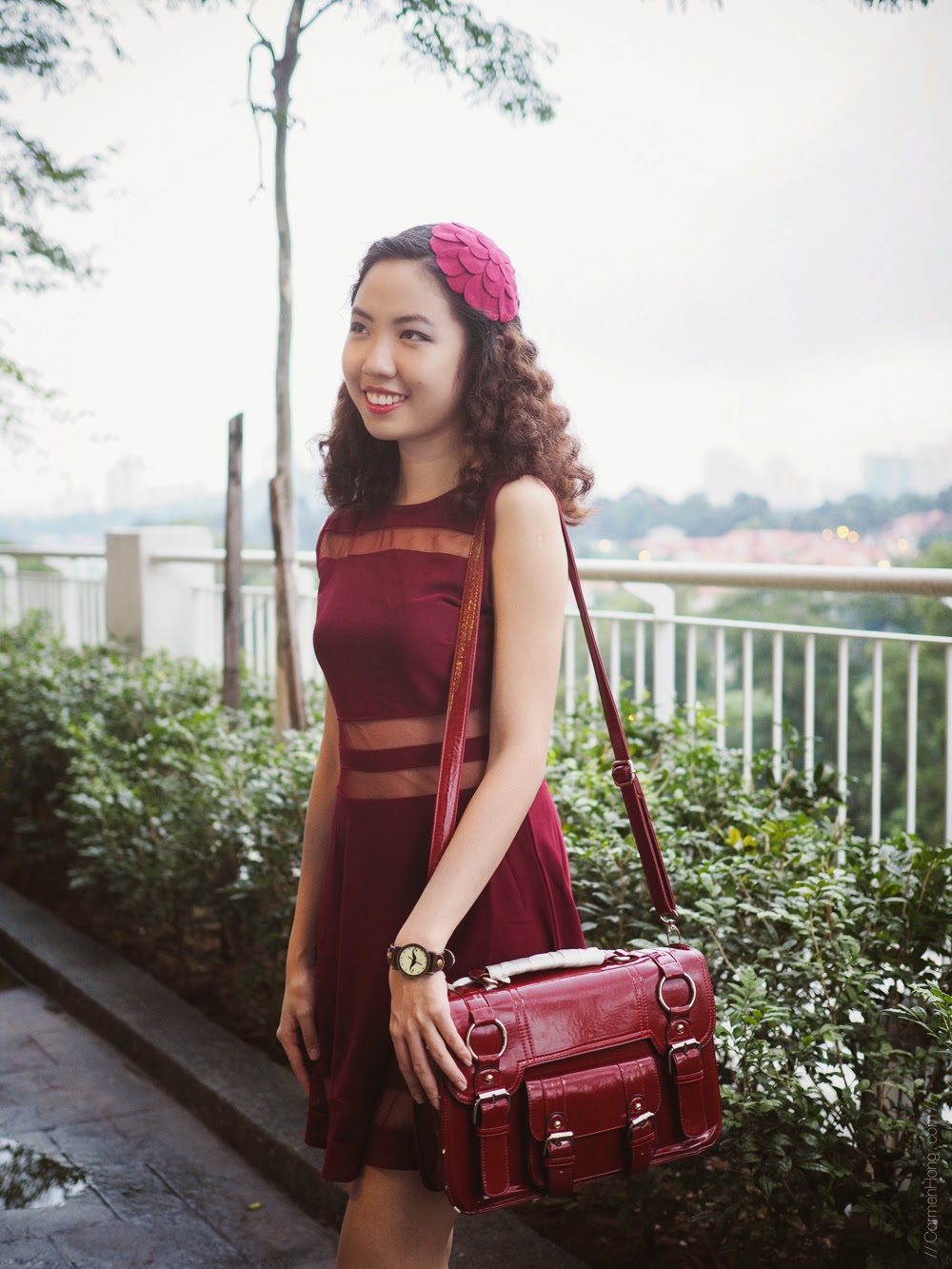