9/11 is one of those Earth changing moments simply because our world with all its 6 billion people would never live their lives the same way again. Many were greatly affected, others maybe not so much. 10 years on, life have changed. 10 years back, I knew of 9/11 through the midnight news. I was too young to understand it, but nevertheless knew it was something huge. 10 years later, I am thankful to be with my family celebrating my birthday (although very much belated). I do hope, that there will never be a repeat of the similar tragedy.

Let’s put aside our sombre mood. Fancy some German sausages? 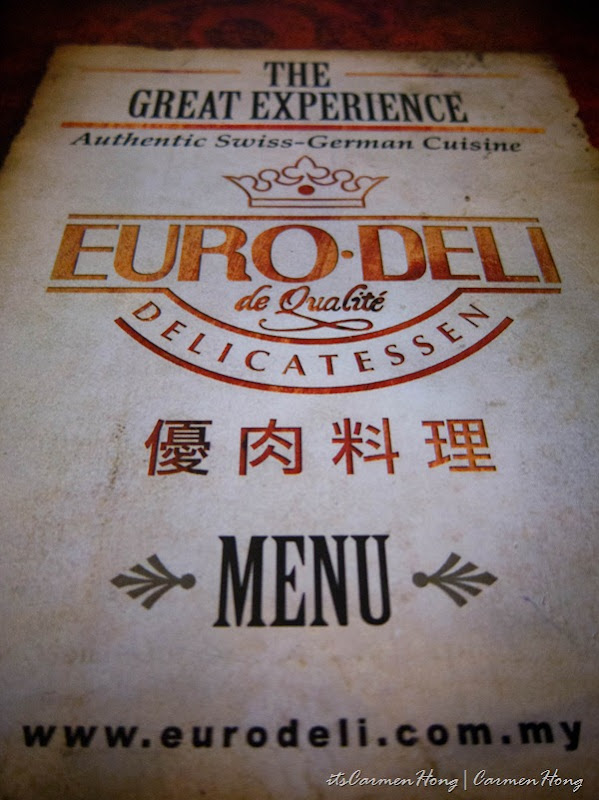 Have you heard of Euro Deli? According to Dad, it’s one of the best place for German sausages. And I’ve been craving for some for the past few years.. Hahaa. It was that long. 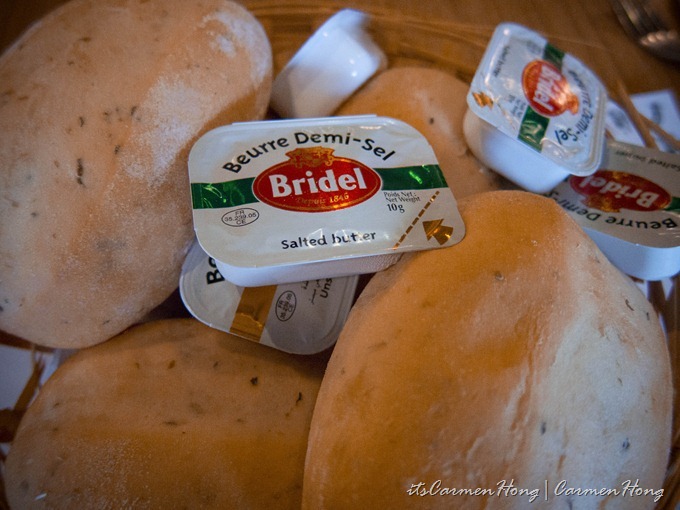 As soon as you’re seated, you will be served with Foccacio Buns or simply known as bread roll with two types of butter. I’d recommend salted ones, because the unsalted ones are really tasteless. (Any additional rolls are at RM1.50 each.) 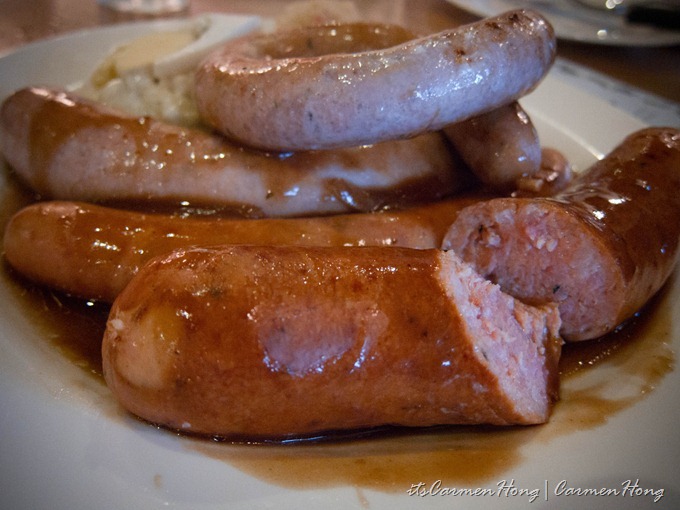 Seeing that I’ve been craving for these sausages since forever, I decided on a Mixed Sausage Platter (with 4 types). It comes with a side of potato salad with a slice of boiled egg and sauerkraut. For the sausages, I chose Hungarian sausage, Farmer’s Bratwurst, Emmenthaler sausage and Pork Ring Sausage with Kessler Ham. Of the four, the best one was the Hungarian as it was juicy and bouncy. I would recommend that and also the Emmenthaler if you’re a fan of cheese. Farmer’s Bratwurst is just as tasty but softer. I would not recommend the Pork Ring Sausage with Kessler Ham because its meat is not firm; taste wise, nothing fantastic there. 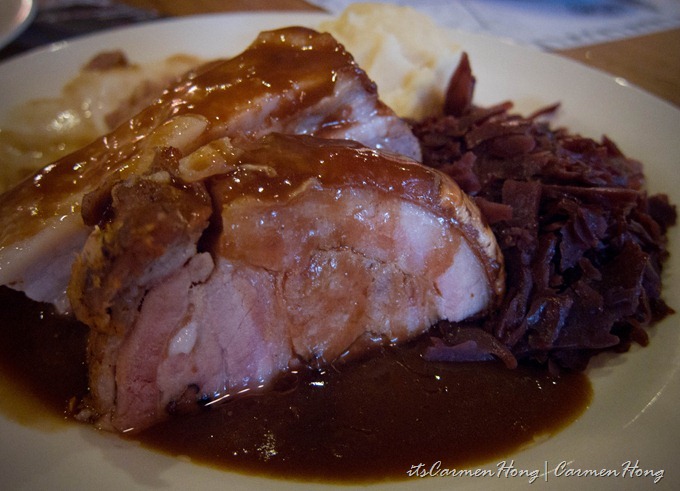 Daddy decided to order a Mixed Roast after recommendations from several food blogger and also because he has been secretly craving for it. This consists of 3 parts of the pig; belly, knuckles and the ribs. Served with stewed red cabbage and mashed potatoes topped with dark brown sauce. Eating this was downright sinful, the belly has a layer of fat but the taste is simply divine, so much that I can forgo my health conscious diet, for a few hours that is. 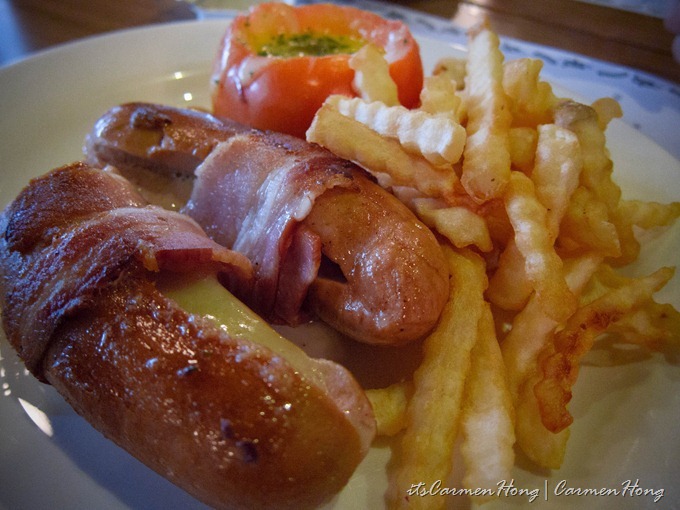 My younger brother ordered this, I think it was the cheese and the fries that got his attention. This is one of the Chef’s Recommendations, Cervela Sausage. The sausage is stuffed with cheese and wrapped with bacon. It is perfect for cheese lovers, but the excitement doesn’t end there as the tomato is filled with cheese dips! I didn’t get to try this, but from the way my brother was chugging down is food, it can only mean it’s too delicious! 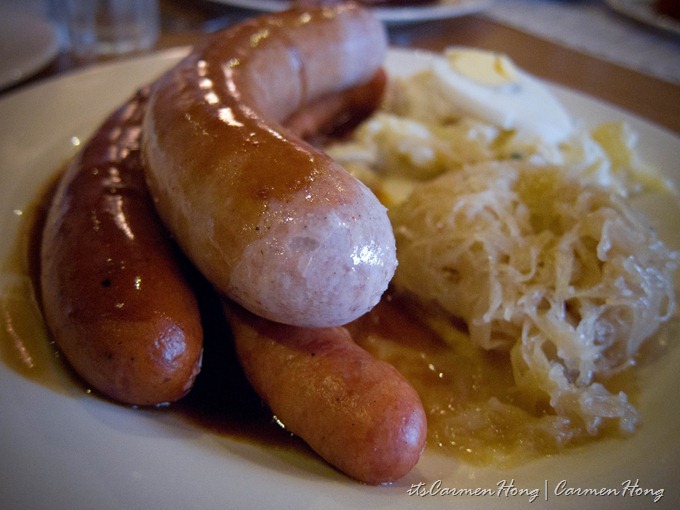 We also ordered another Mixed Sausage Platter, three sausages here; Vienna, Farmer’s Bratwurst and Hungarian! From now on, I declare that I am only going to eat Hungarian Sausages. Like seriously, I really am. It is that freaking good! 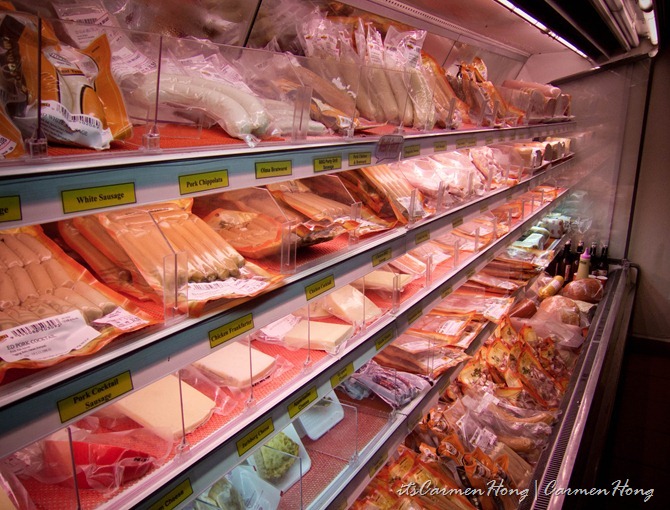 If I wasn’t so stuffed after the meal, I would have bagged home a few packets of the Hungarian sausage! Yes, you can buy these sausages off the shelf there, bring them home and the German cuisine continues in the comfort of your own home.

Before I end the post, I thought I’ll like to show you how much my brother enjoyed the cheese dip. 🙂 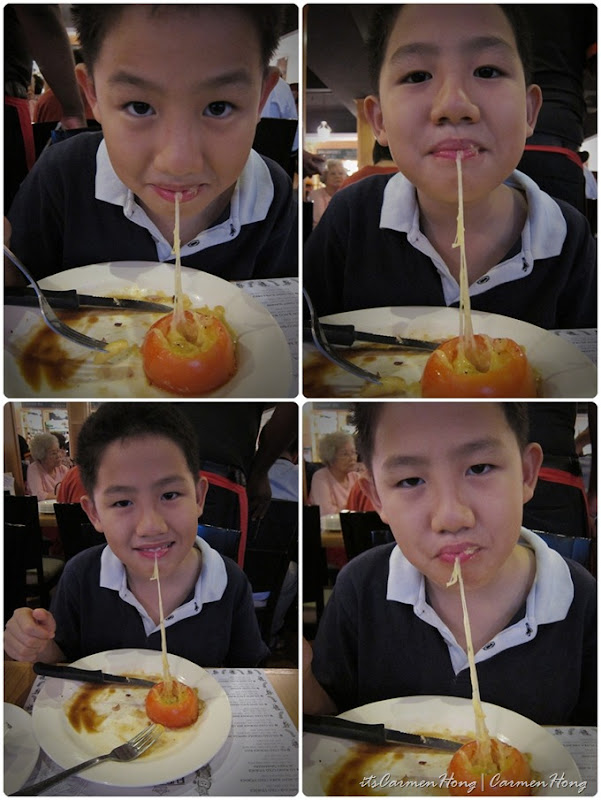 Haha! I could not really get the shot I wanted, hence the annoyed face in the last picture! I sure hope he doesn’t kill me for posting this up. Not that he reads my blog anyway.