You’d probably be wondering why I titled this post as one from the Snaps series, rather than Eat. Just like one of my Snaps post on Artisan Roast, TTDI, I posted a photo set of the pictures I took in that cafe and I’m doing almost the similar thing here. I was at Artisan the last time with a friend and we were there for quite a while. That’s why I had time to take pictures and what not. I do not just barge into a cafe and start snapping pictures of the baristas making coffee. I pretty much ask for permission first. 😀
Anyway, I was at Publika and I had time to kill before my next dinner appointment, so I decided to spend a couple of hours at a cafe. It’s such a lovely thing to do, to spend some time alone in a nice cafe where the environment is laid back and pretty much chilled. There are many cafes around Publika, but I decided to head over to Red Beanbag because of two reasons. One, I love the place (been there for breakfast & dinner). Two, because I saw this adorable cute guy from my last dinner visit there and I wanted to pop by, in hopes to see him again.
I was there around tea time, slightly after three in the afternoon. I wanted to order something light, along with a drink but everything on the menu itself looks too heavy for me. I ended up picking Kooky Berry and a cup of Hot Chocolate. 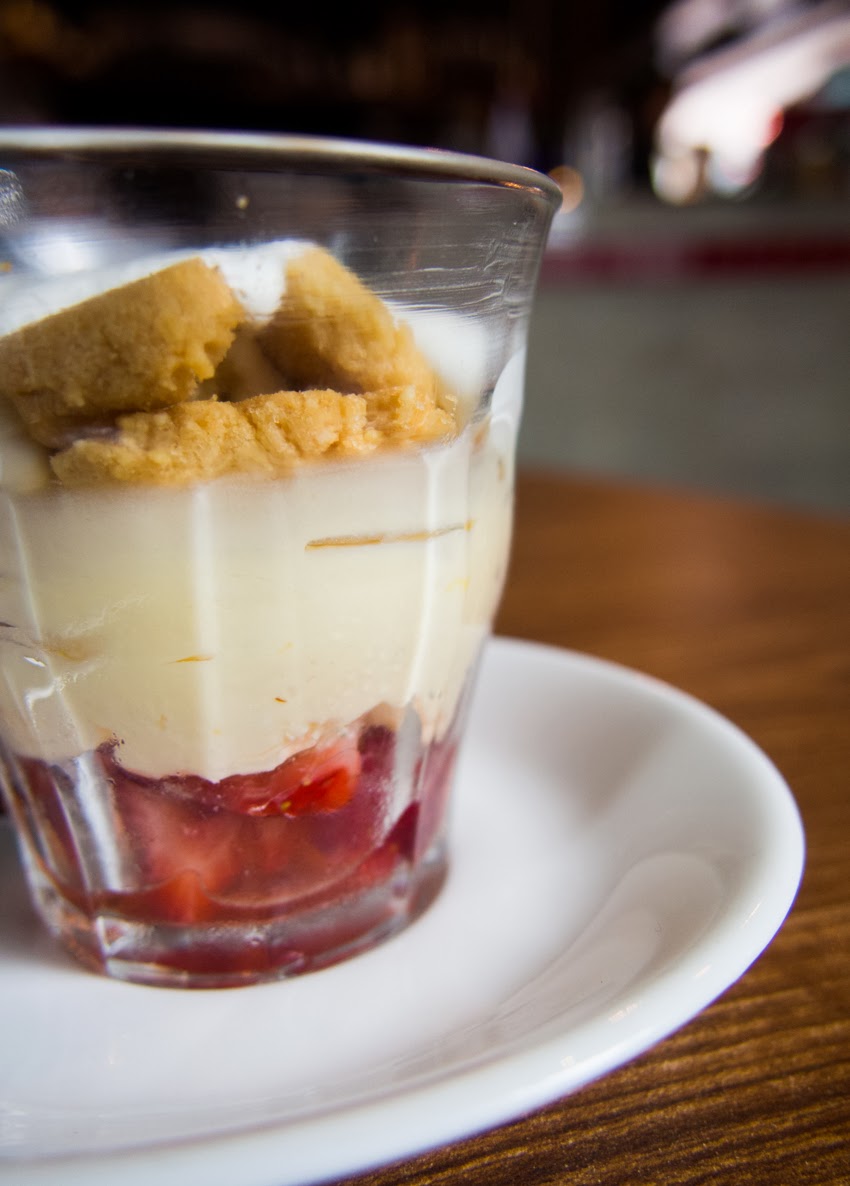 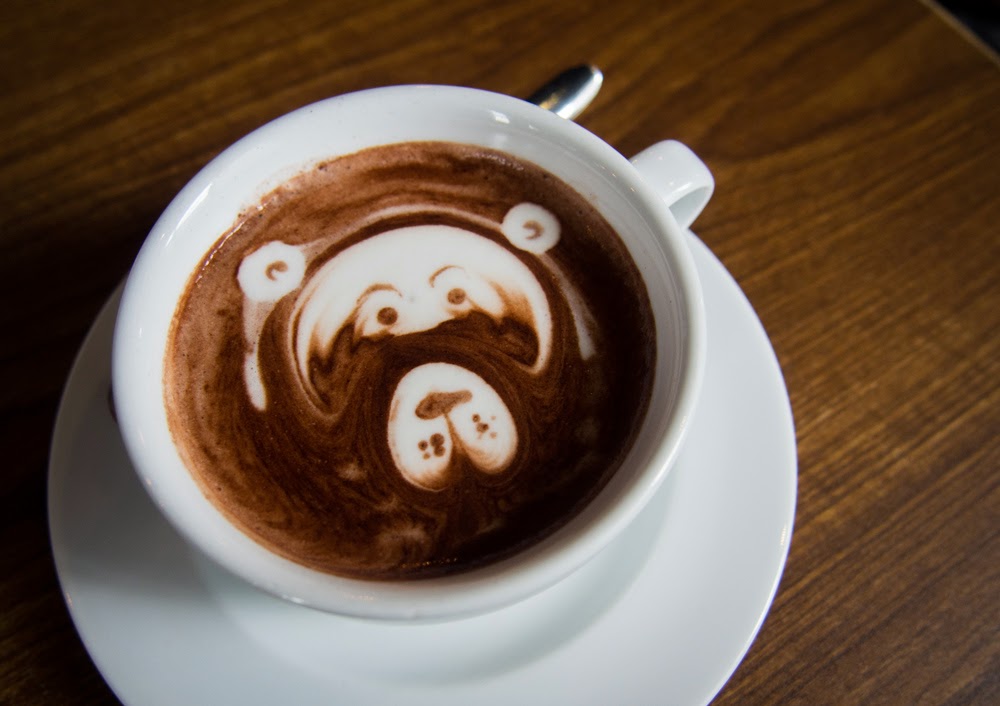 When my Hot Chocolate drink arrived, I was pleasantly surprised with the art on the drink. For a start, I hadn’t been expecting anything on it but then after I placed my order, I knew the waiter said something to the barista regarding my order. I’m guessing he asked her to do a fancy art for me. That made my day. 🙂

I was there for some time (trying to fix my domain, as I have just gotten the domain then) when I saw another barista making coffee. Like in Artisan Roast, TTDI, I loved taking pictures of the baristas making coffee, it’s so fascinating. So, I asked if I could photograph him making them. And ta-da! 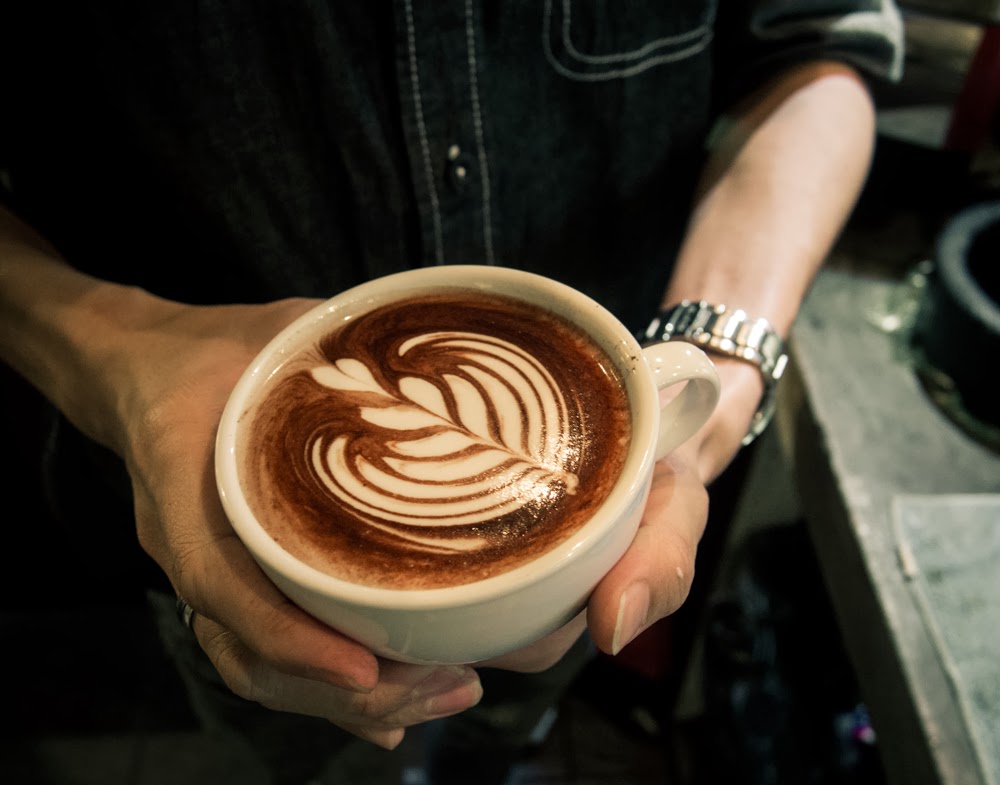 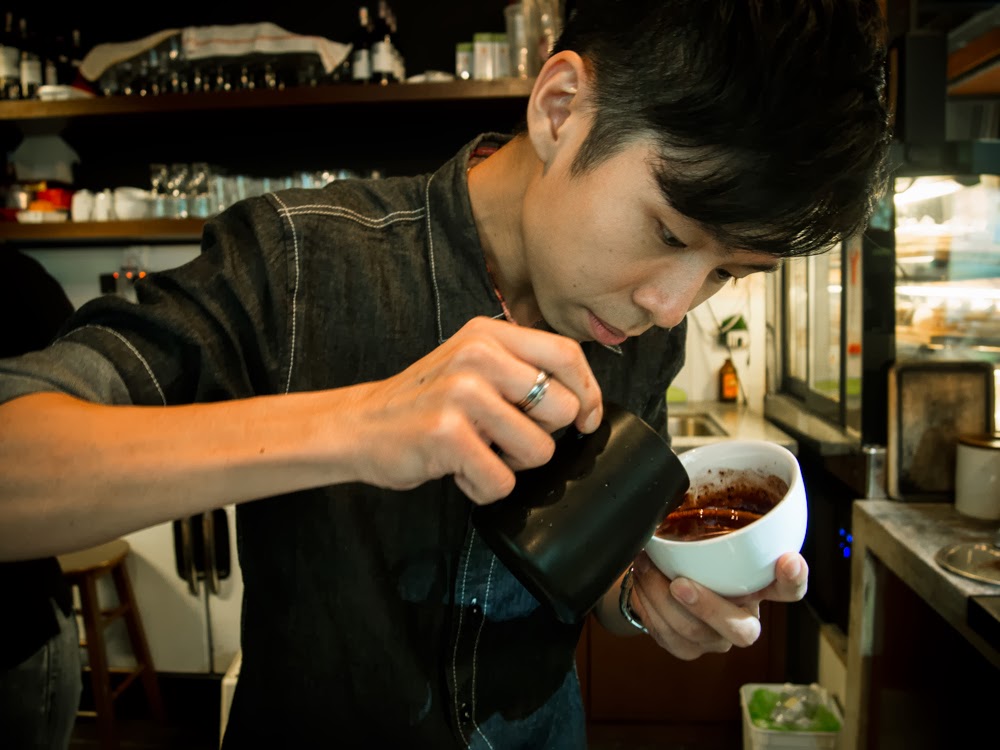 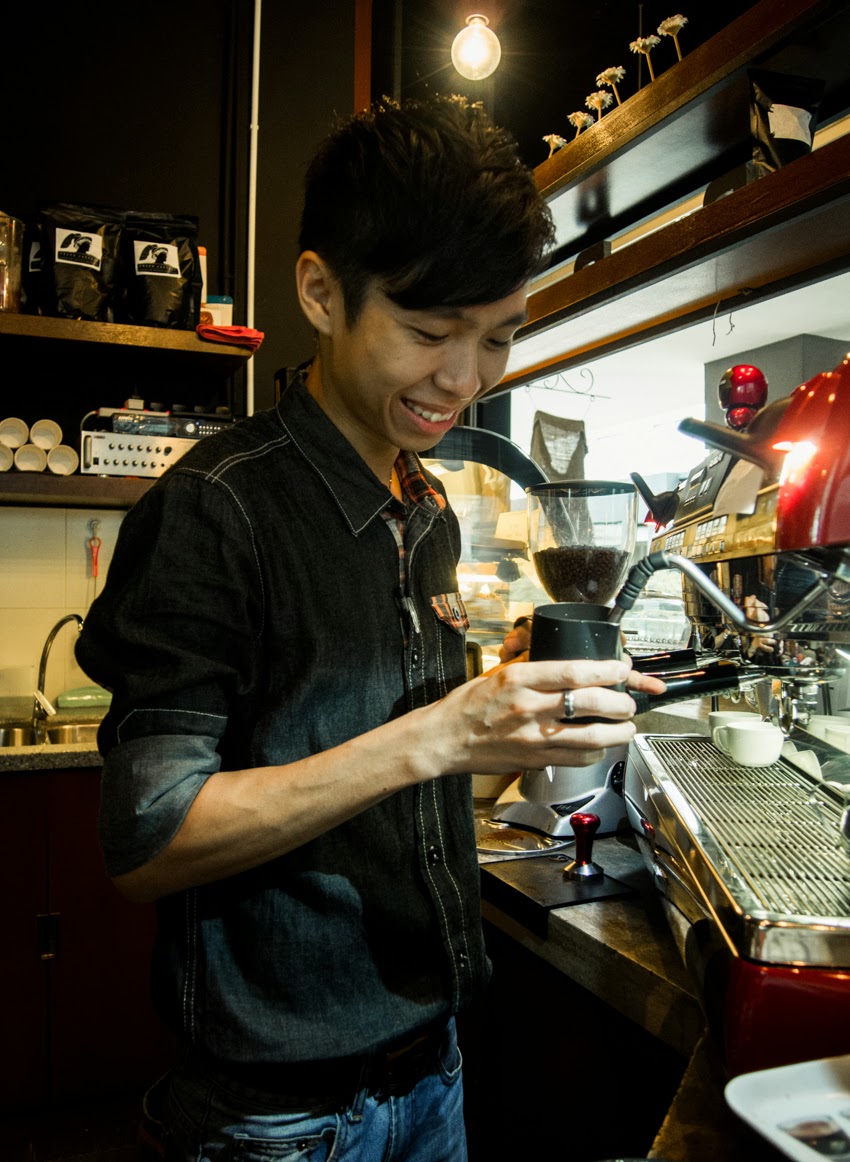 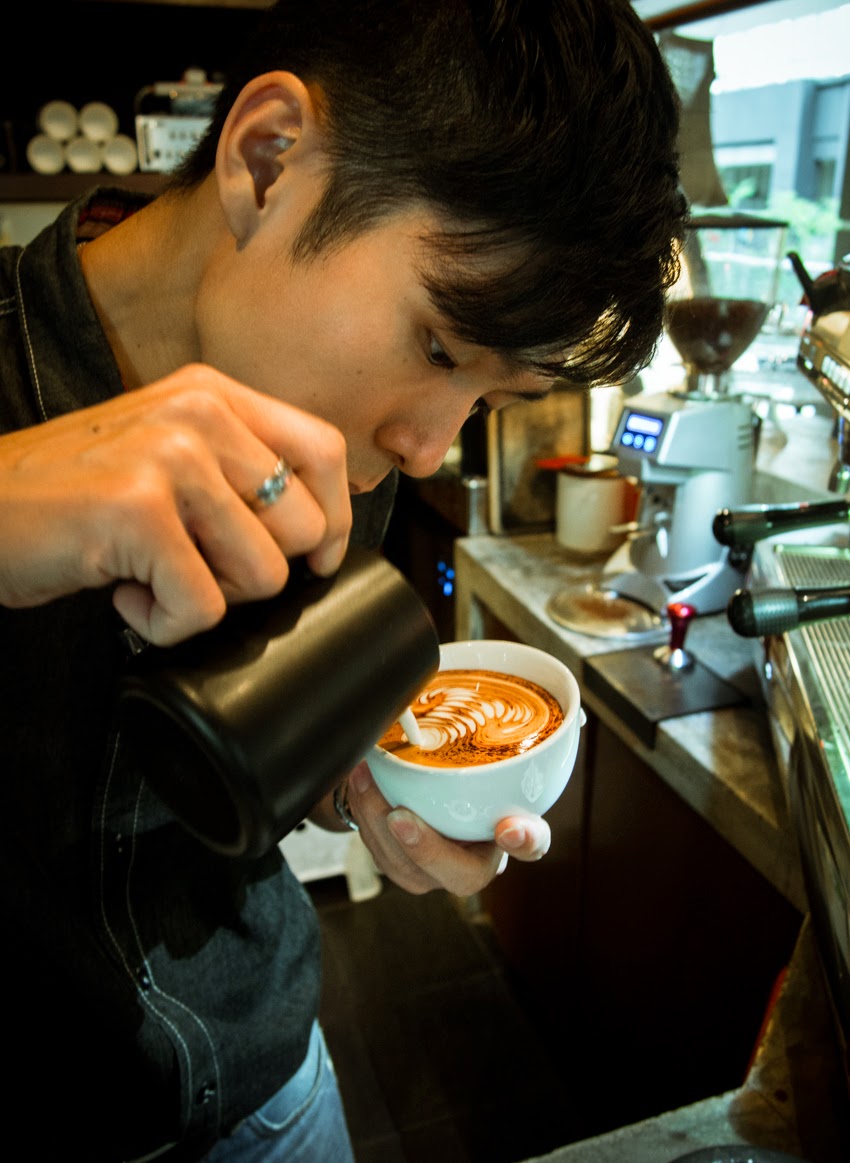 Meet Jason! He is the Head Barista and pastry chef of Red Beanbag Cafe. He is also the winner of the 4th Malaysia Barista Championship (MBC) and he made me another chocolate drink to try! 😛 Coincidentally when I was there, he was trying out a new chocolate recipe mix for the Hot Chocolate drink. Since I was there, I had the chance to try it before they decide to put it on the menu. I also managed to try a new tea called the Cascara tea, which is a tea made from coffee cherry. Yums! It was delish, I am craving for tea as I type this.
It was great having to meet Jason and some of the baristas at RBB. This is why I loved cafes so much, people are so nice there. So anyway, I took a couple more pictures of the coffee Jason made. 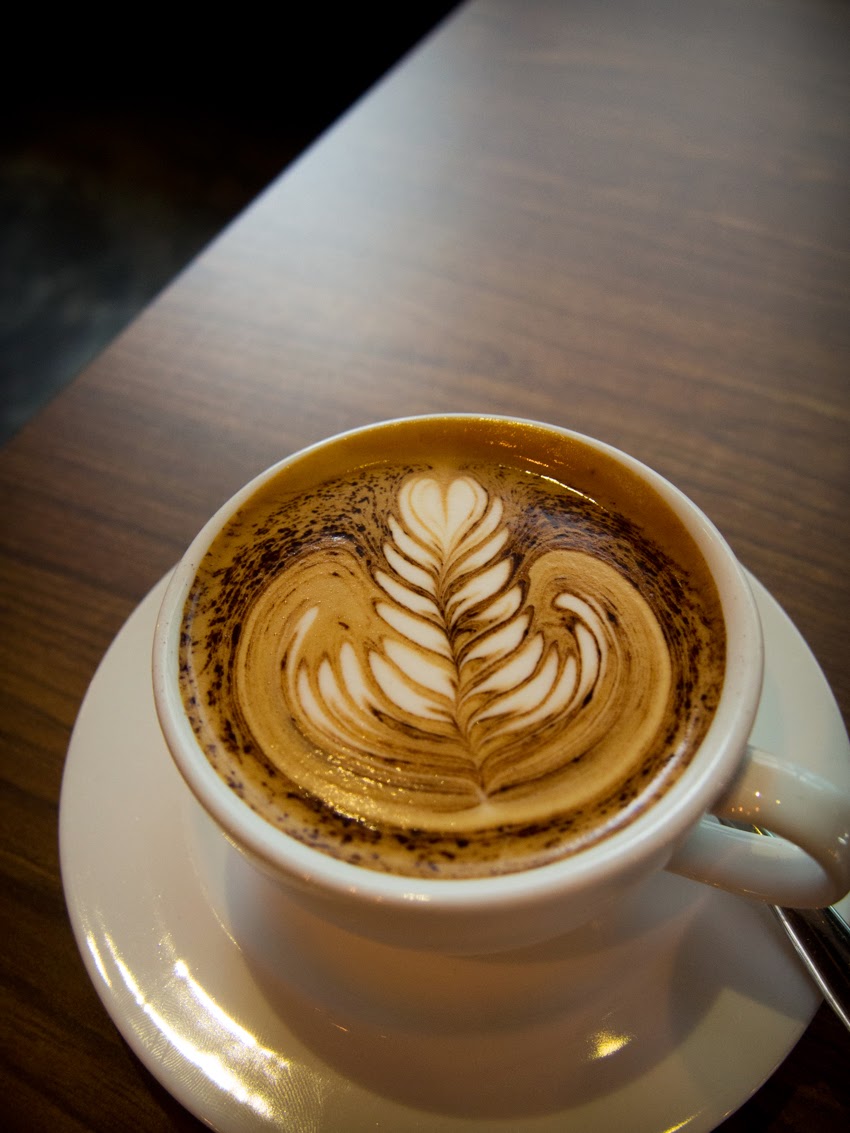 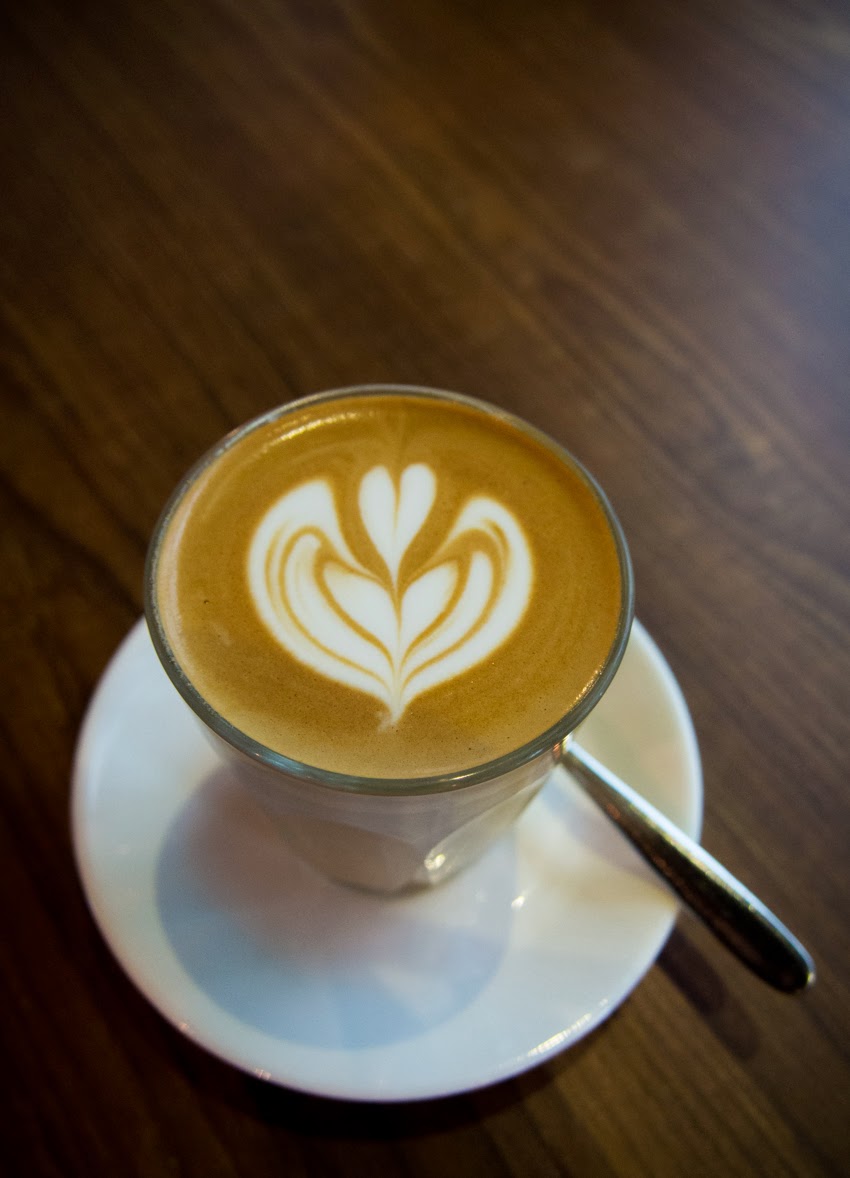