About a year ago, my friends suggested for a shoot at the Thaipusam festival in Batu Caves but I couldn’t make it back then because I had to work (yes, even though it was a public holiday). I had to pass on that opportunity last year. This time around, as it happens I didn’t need to work on Thaipusam Day and again, my shutter loving friends invited me along to shoot. This time around, I wasn’t going to miss on the opportunity too.
I was all pumped up for the Thaipusam shoot until Robin told me that we’ll be meeting at 2am at the KTM station to take the train down, so that we will arrive at 3am. And I died a little inside when I heard the plan, because this is equivalent to me not sleeping at all seeing that I usually only sleep at 2am anyways. But for the sake of this all, I decided if I wanted to shoot the festival, I will go all the way.
The first meeting was at the Bandar Tasik Selatan KTM station, where I met up with Tian Chad, Robin and Tobias. From which we took the KTM to KL Sentral to change to the other KTM line which was headed to Batu Caves. I didn’t time the journey, but it took us less than 45 minutes to arrive at the station. Since it was in the wee hours of the morning, the train was relatively spacious still. 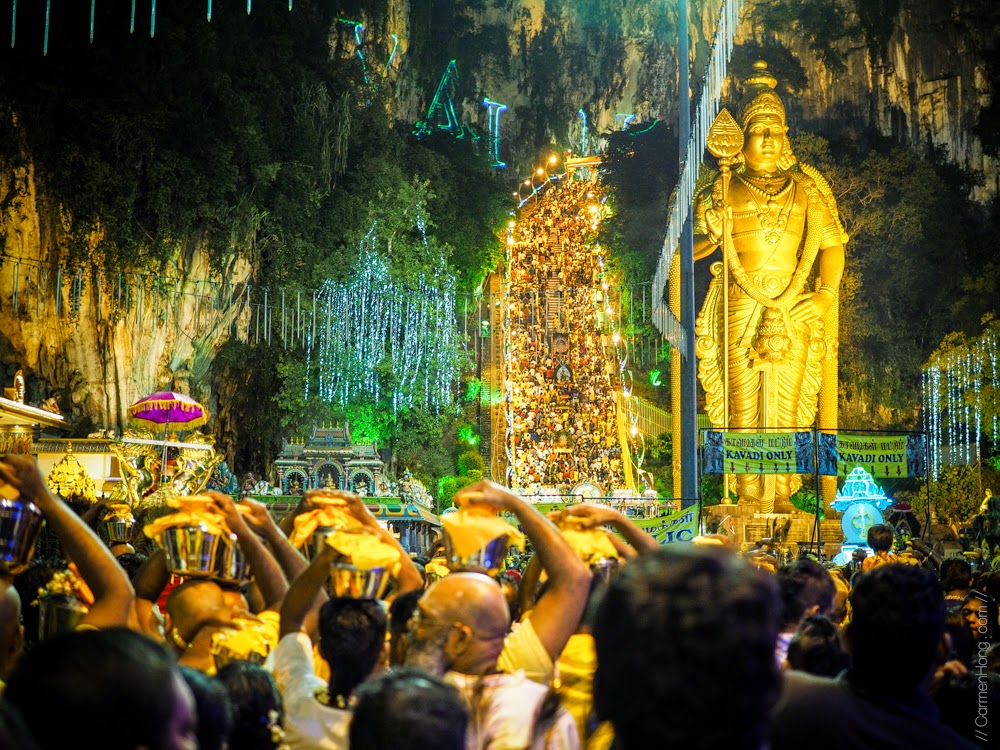 | ISO 800, 25 mm f/1.8, f/1.8, 1/60 sec |
So, at approximately 4am in the morning, I found myself sandwiched between a sea of devotees and I’m among the thousands queuing in line to head up to the caves. It wasn’t a dream, I could feel the heat in the humid air and sweat trickling down my face. To top this all, I had both my cameras with me, with my lenses too. At times like this, I am ever so grateful that my Olympus cameras and lenses are so compact and lightweight, it didn’t feel so much of a burden to carry them around. 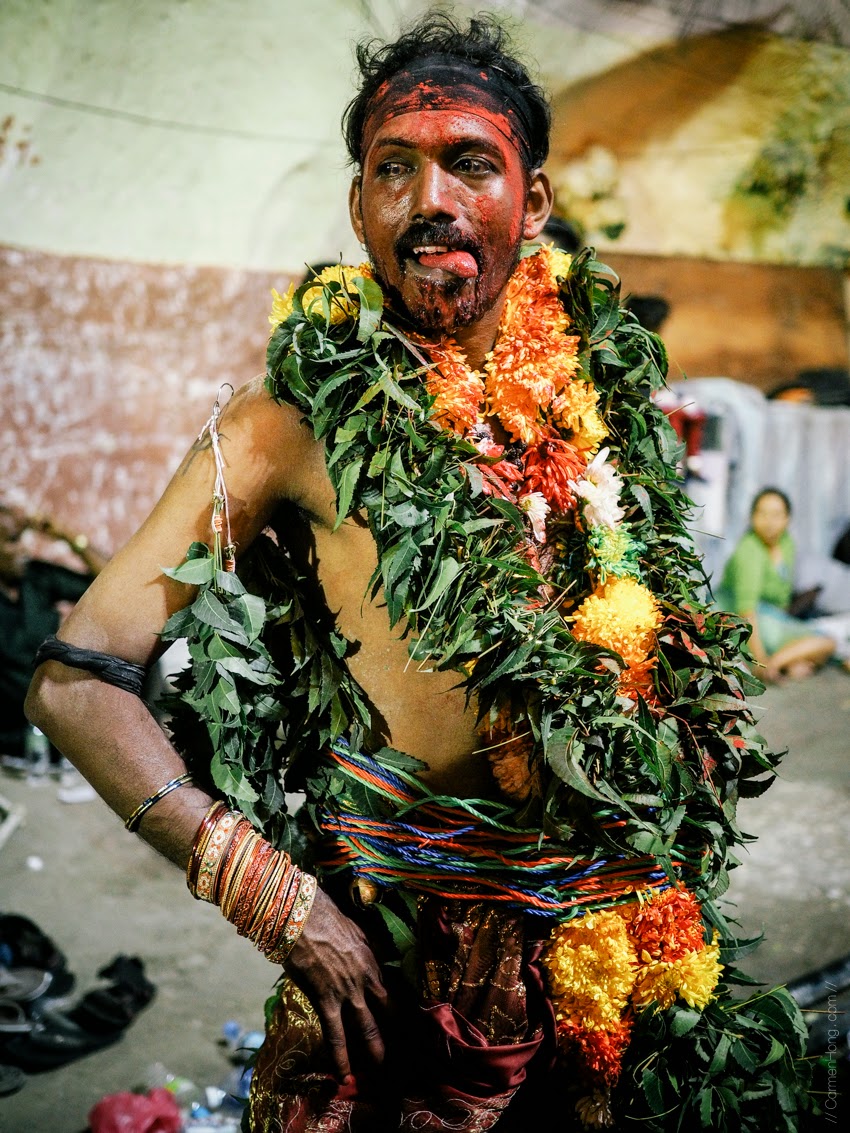 | ISO 1600, 25 mm f/1.8, f/1.8, 1/125 sec |
We did eventually made it to the top of the caves, where we stayed there to shoot for a little while. Personally, when we first started out, I felt lost and overwhelmed amongst all the happenings and I couldn’t decide on what to shoot. This is why, I didn’t have much pictures from the first half of the shoot. It is only after we made our way down from the caves and headed to the preparation areas for the devotees, that I found my interesting subjects to shoot or perhaps, it was because I had the Olympus M.ZUIKO DIGITAL ED 40-150mm f/2.8 PRO Lens with me.
I have never shot with that lens before but I know when it was first released, Jackie and Alex had a chance to try it out and they were gushing about it all. Since I could finally use that lens, I ditched all my lenses during the second half of the shoot and only shot with just that lens alone (except for a couple of pictures). 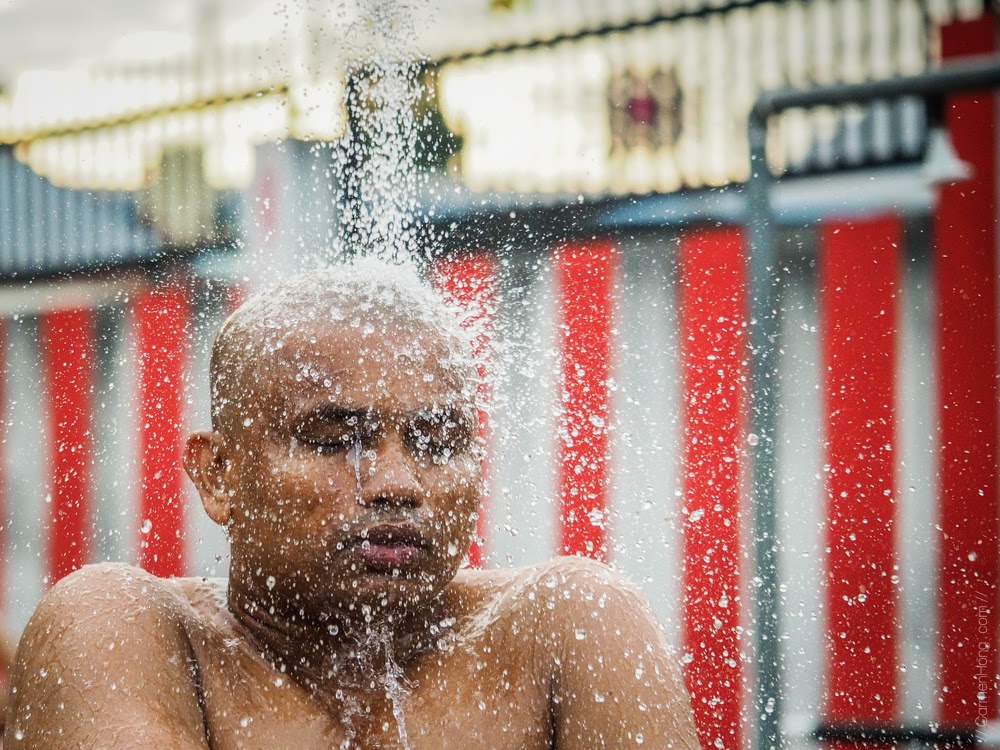 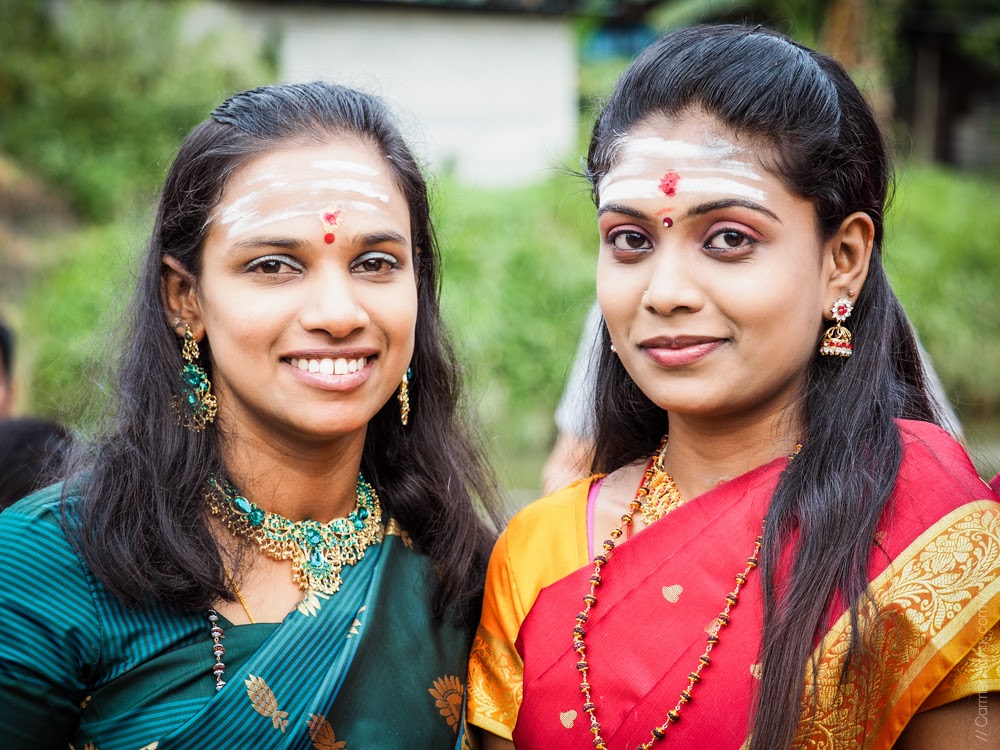 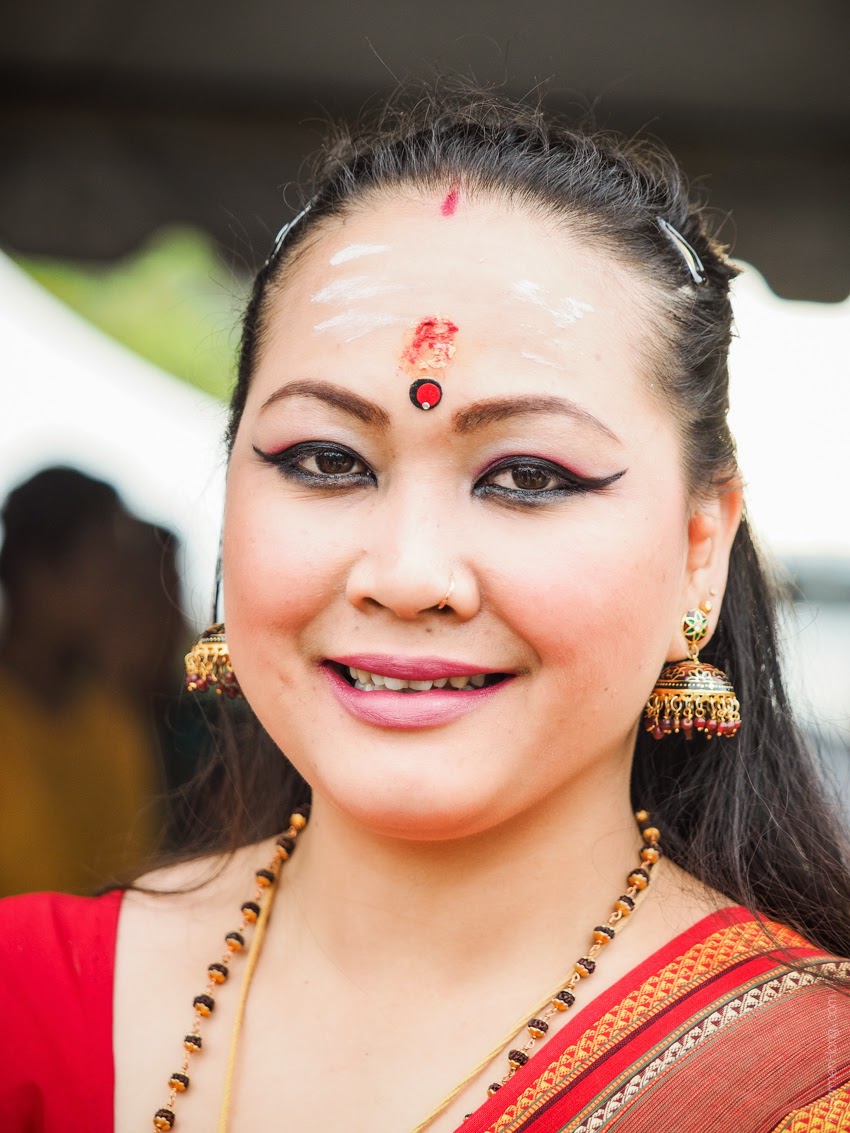 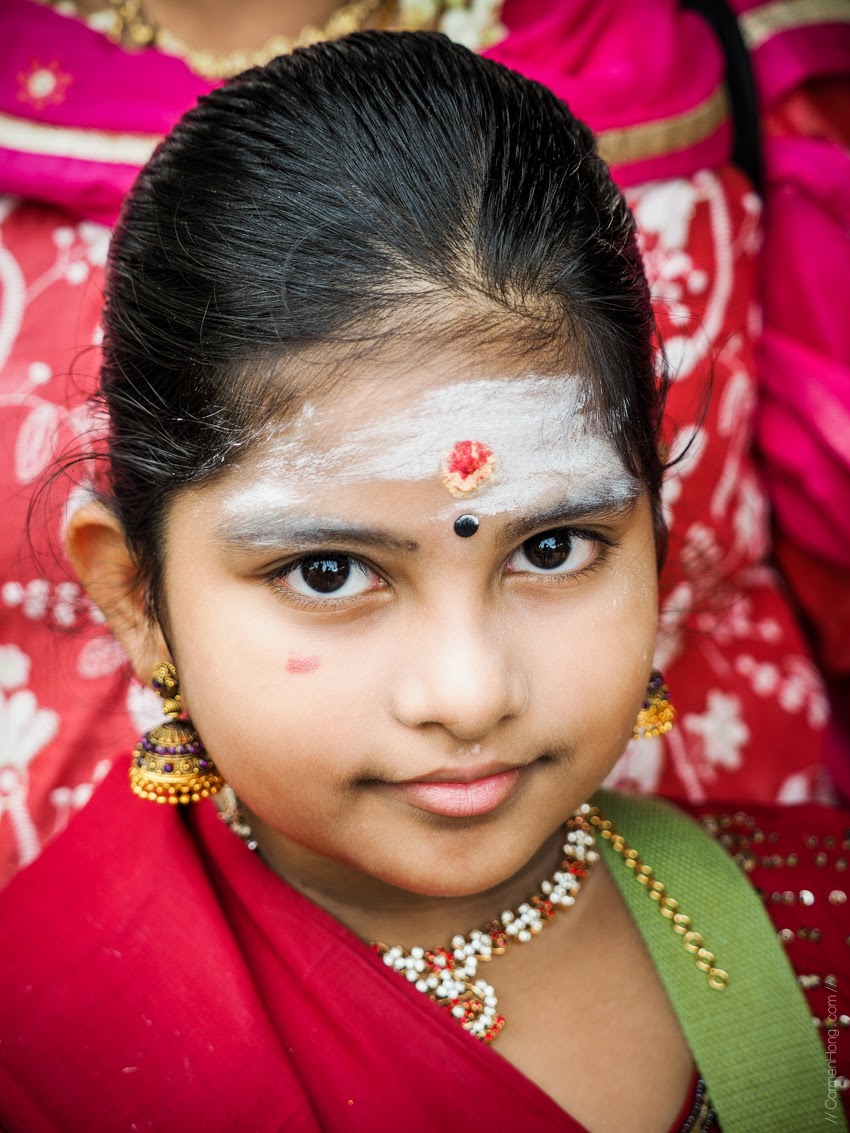 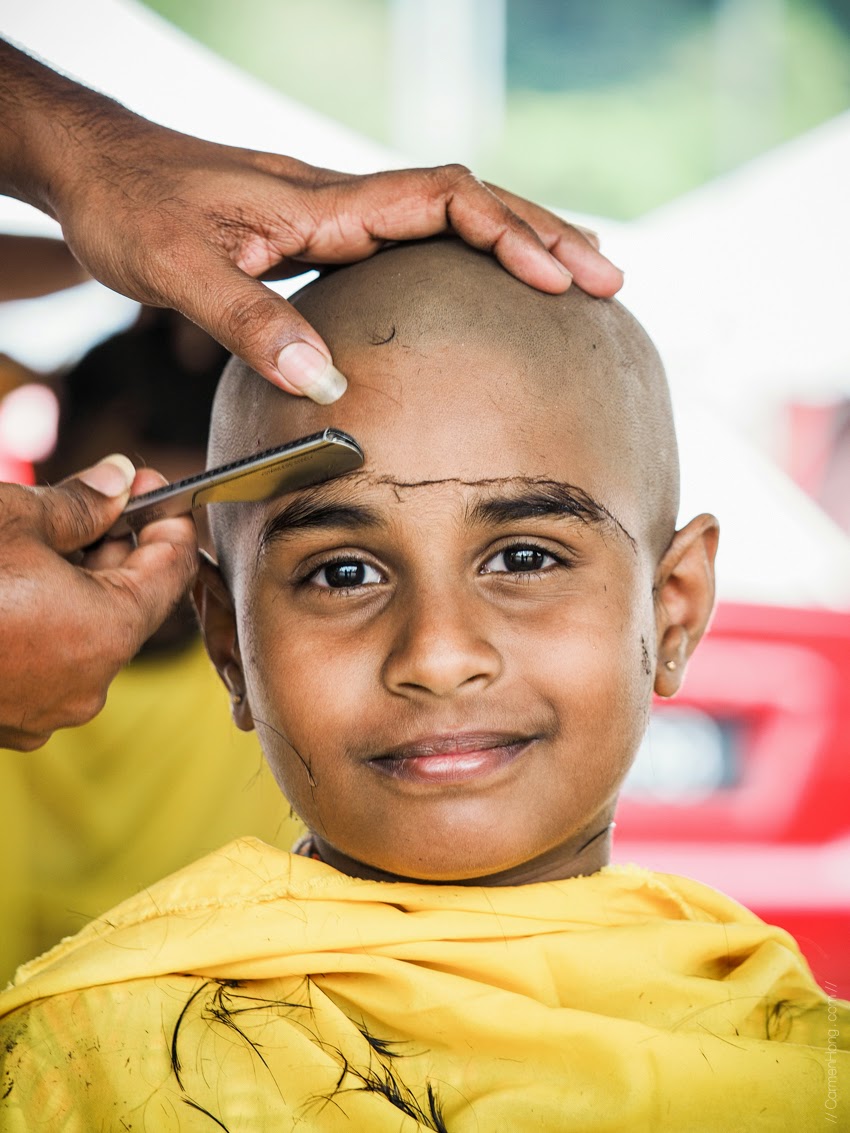 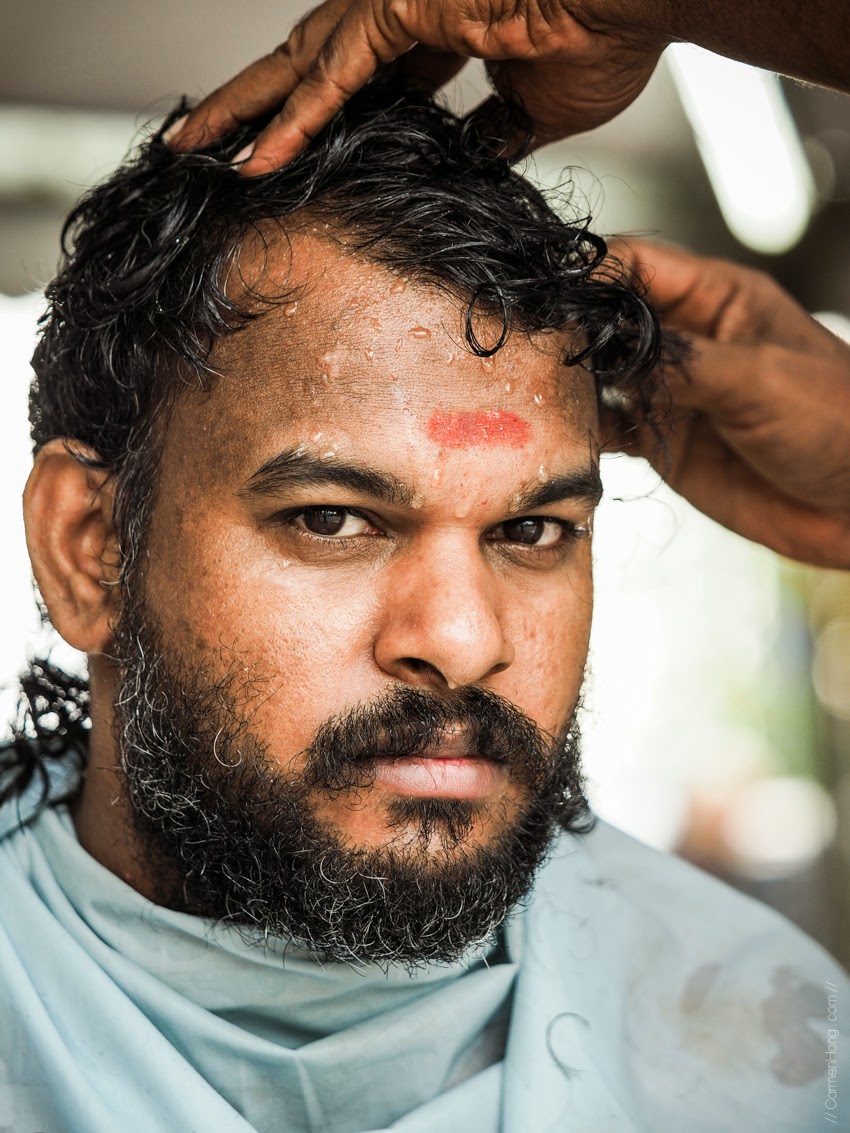 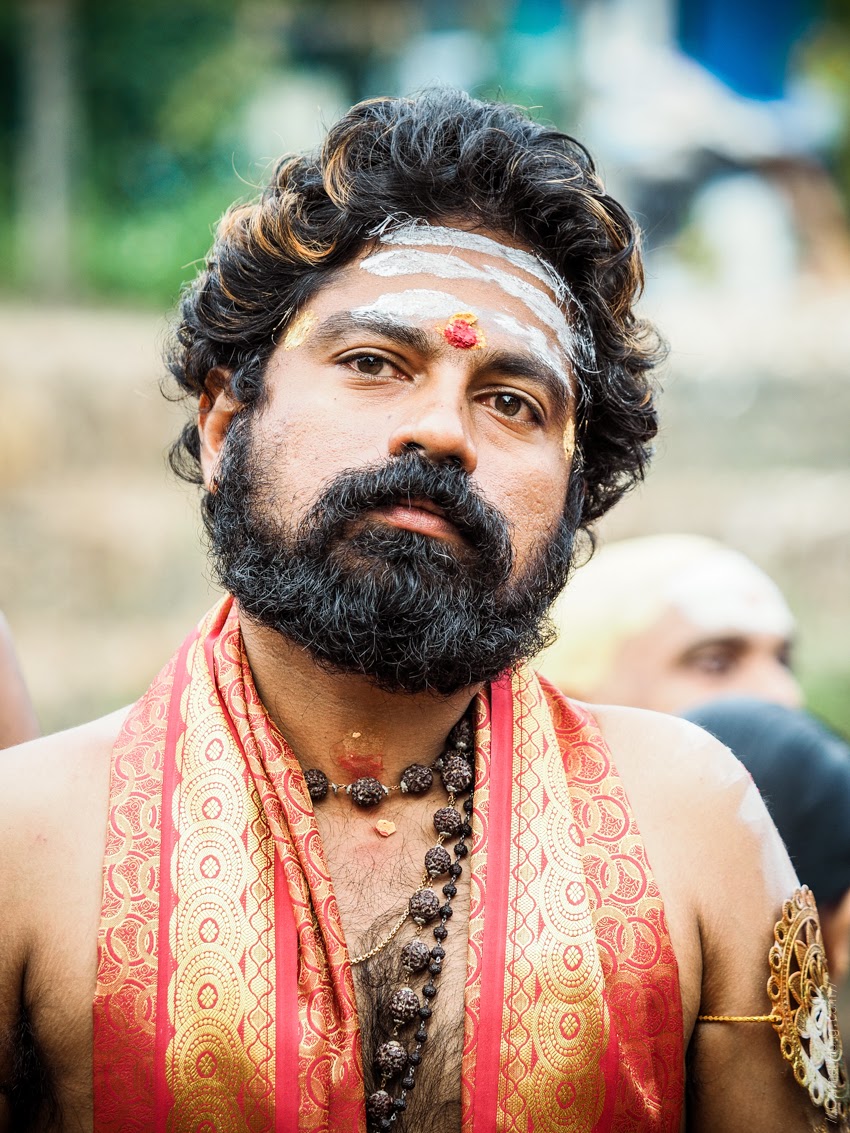 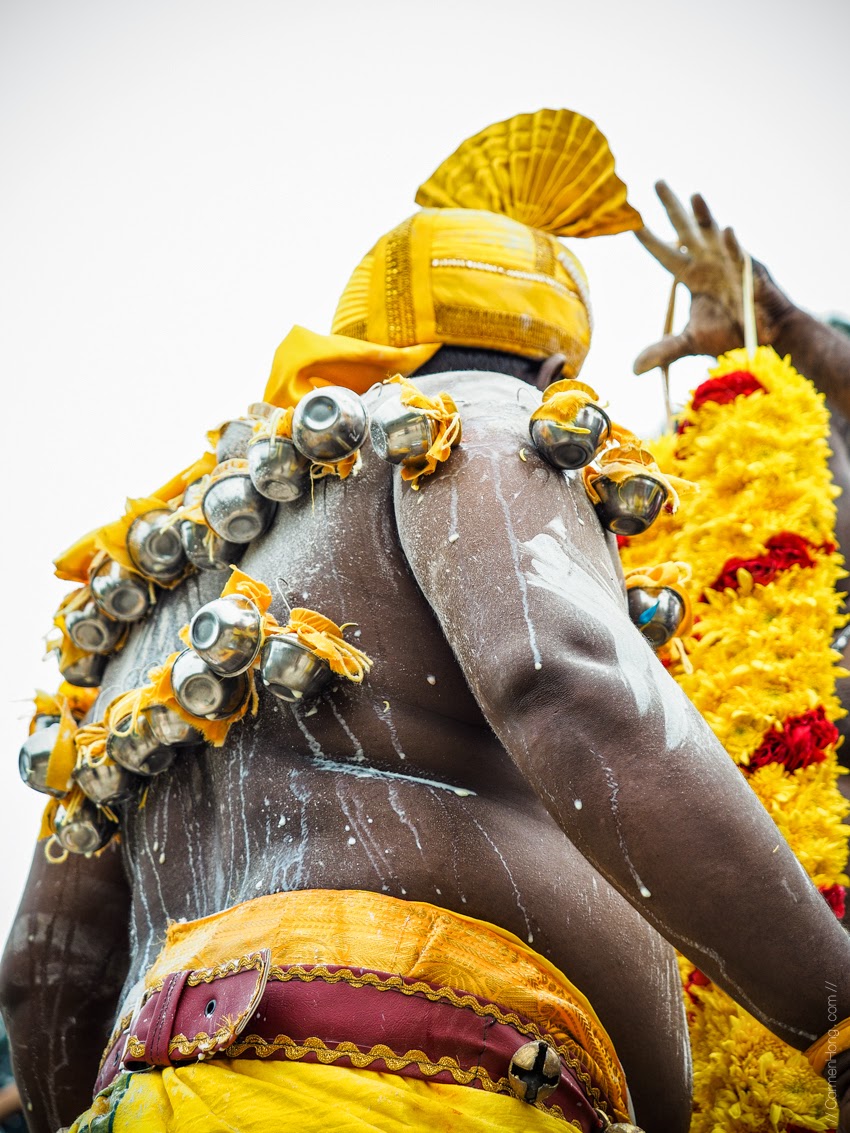 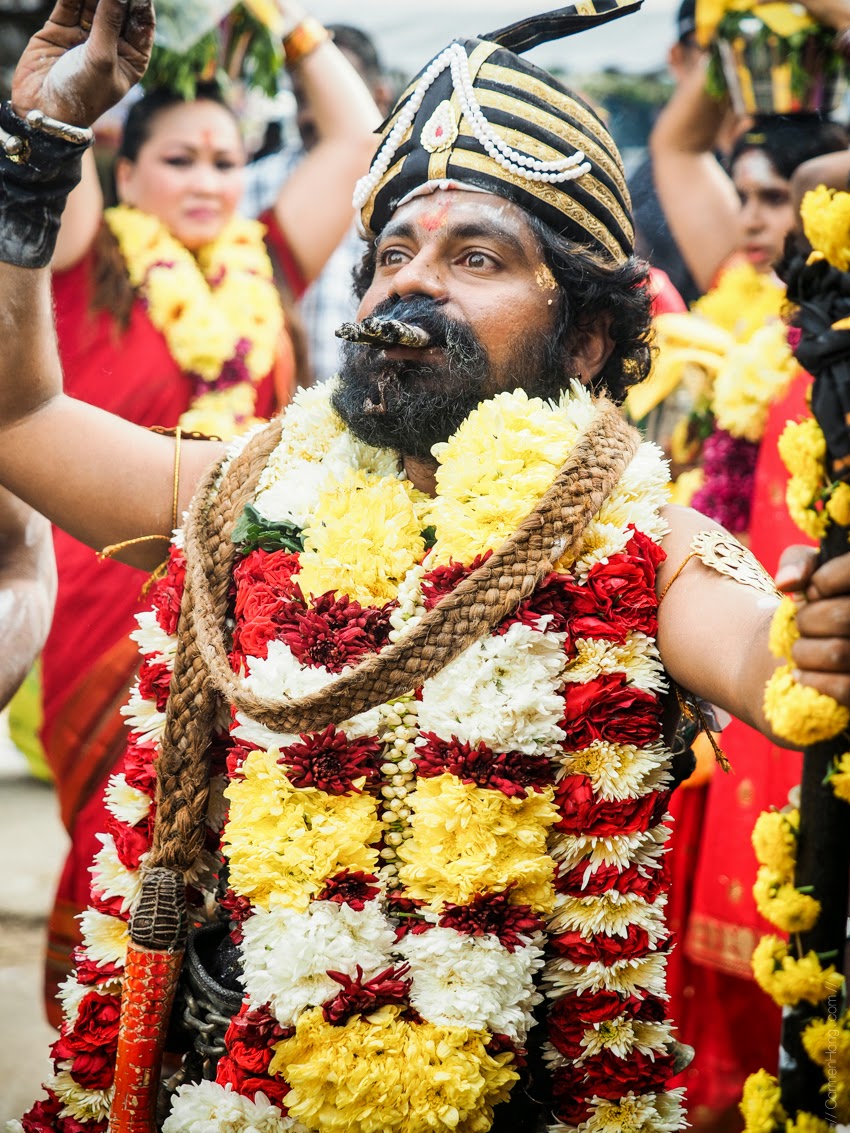 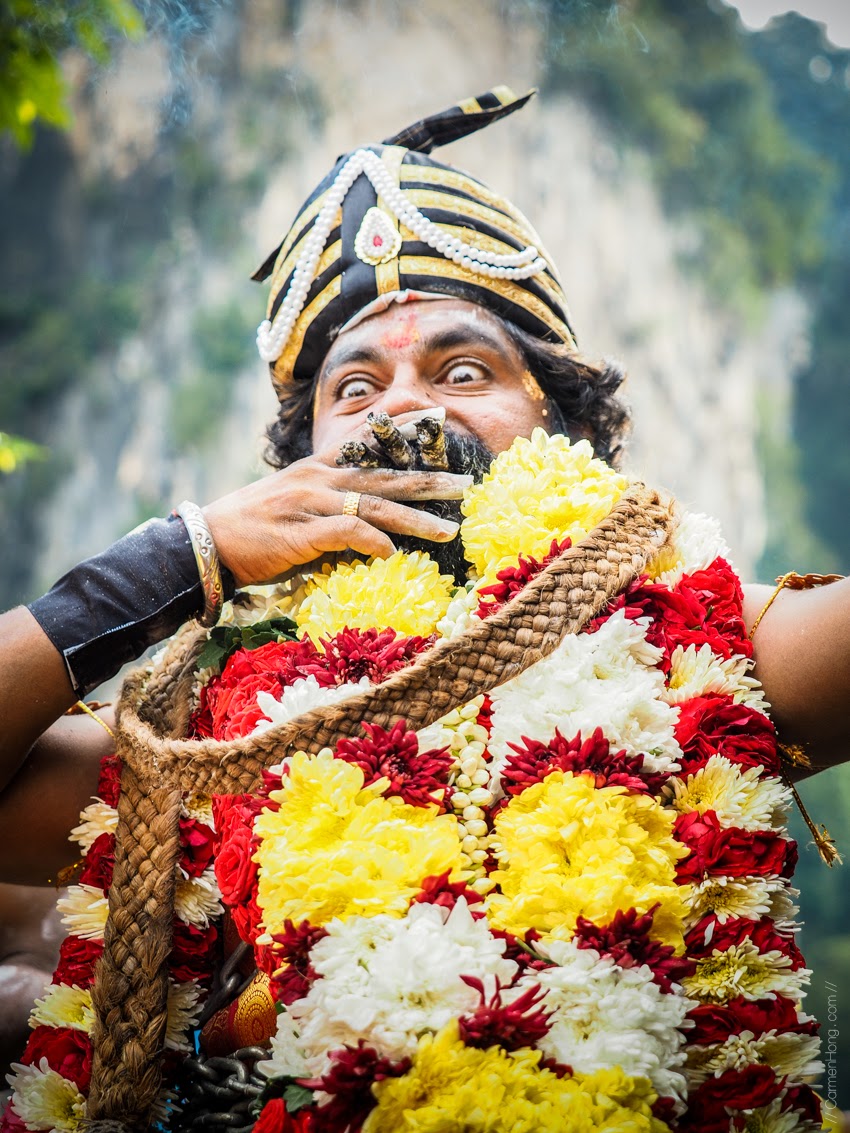 | ISO 200, 40-150 mm f/2.8 PRO, 43mm, f/2.8, 1/160 sec |
And that’s all the pictures I have from Thaipusam festival, which was actually a rather lengthy shoot. We spend about like 6 hours there but for me, I only did actually started shooting about 7am onwards. Nevertheless, the whole experience of witnessing for myself what happened during Thaipusam, from the preparation to the prayers and to the walk up the caves. I can say with pride that as a Malaysian myself, I know more about this than I had previously.
My parents’ reaction when I told them I was headed to the festival was that, it’ll be packed and uncomfortable. Knowing this, I still went ahead because I couldn’t possibly miss a cultural event like this when I would travel to another country for something similar. Throngs of tourists come over here to watch this, I would be ashamed if I didn’t at least attend it once.
I hope you enjoyed the pictures and reading this post, albeit it being a rather short post on the Thaipusam festival. Oh, I do realise that some pictures may feel rather repetitive, in the sense that I shot mostly portraits. I did wished I shot more ‘action’ photographs, but somehow there were always a handful of photographers crowding around the devotees and it made it harder to compose while trying to avoid capturing that.
On a side note, I am falling madly in love with the Olympus M.ZUIKO DIGITAL ED 40-150mm f/2.8 PRO Lens especially when there are so much to love about the lens. I’m very tempted to use the lens again, I’m hoping to come up with a shoot concept which would allow me to test the lens more in-depth. Any suggestions for that? Or perhaps, would anyone be up for a collaboration? 🙂 Let me know!
Till next time,
xoxo
Share

CNY: The Year of The…