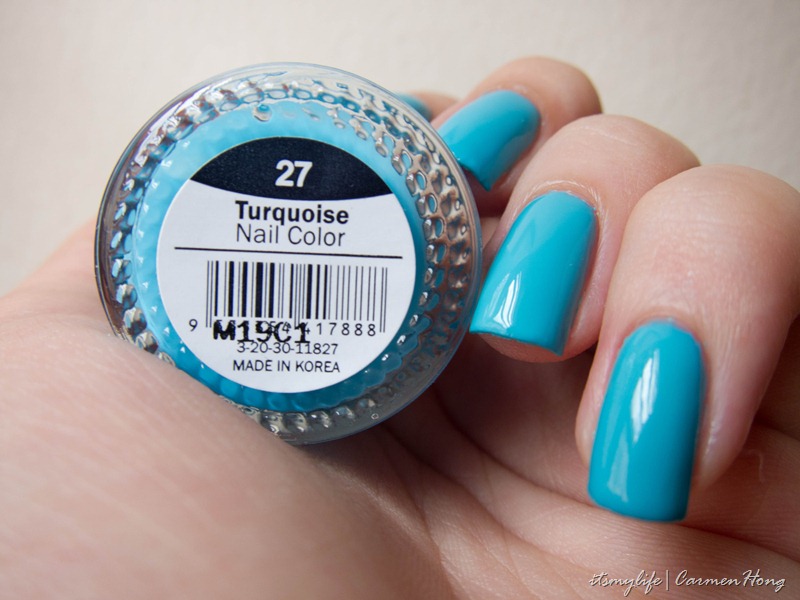 Like the neon pink polish I got from Elianto (read the swatch review here), it was natural for me to expect that this polish would have the same formulation. My expectation was a reasonably logical one but yet I was, somewhat disappointed by it. Read on to find out why. Before that, some pictures. The polish may have sucked but it is still a gorgeous colour. I am usually not a fan of blue or any shade of it, but with this Turquoise polish, I wondered why I hadn’t gave this colour a chance before. Haha. 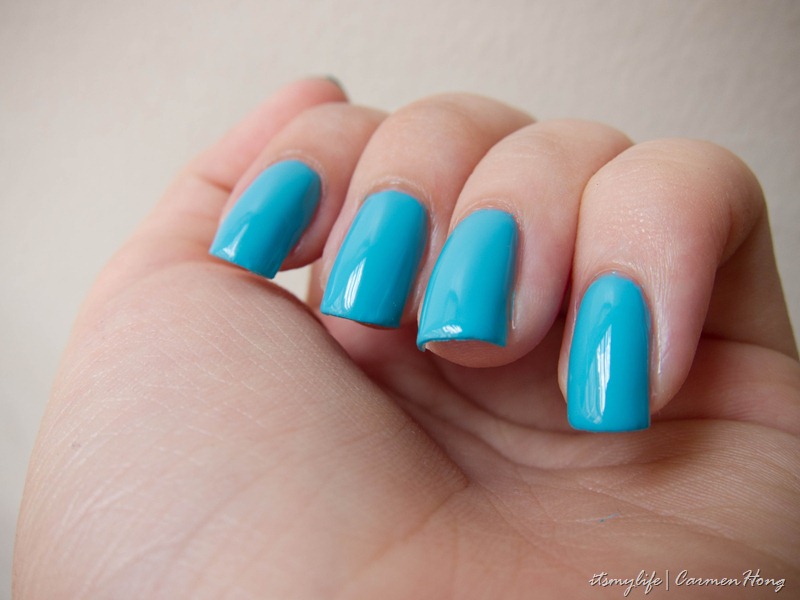 Review: Before my first coat of polish, I saw that the formulation wasn’t too thick and I had assumed that it meant that the polish would be easy to apply since it’s not too thick. Only to be proven otherwise after applying the first coat. It was super mega streaky like i-want-to-cry-and-throw-the-polish-away type. Yes, I did get that frustrated.
Even so to the point that I removed the polish and then re-applied it again just to see if the polish was really that streaky or it was just my nails. Still streaky, so I ended up painting 4 coats of it and then hoping that my Seche Vite will be able to smooth out the imperfections, which thankfully it did.

Guess what, that isn’t the end of this terrible polish experience. Later in the evening (I painted my nail in the afternoon), I realised that my nail colour have turned a bit more yellowish than its original colour. I’m guessing this happened because of the Seche Vite top coat. But then again, the Seche Vite top coat has never made any other of my polished go yellow, only this one. So I’m thinking it must be some kind of a reaction. Hopefully.

But it could also be the polish because before applying them, I saw a layer of yellow which I assumed was a layer of oil which is normal for polishes that have been kept for some time. 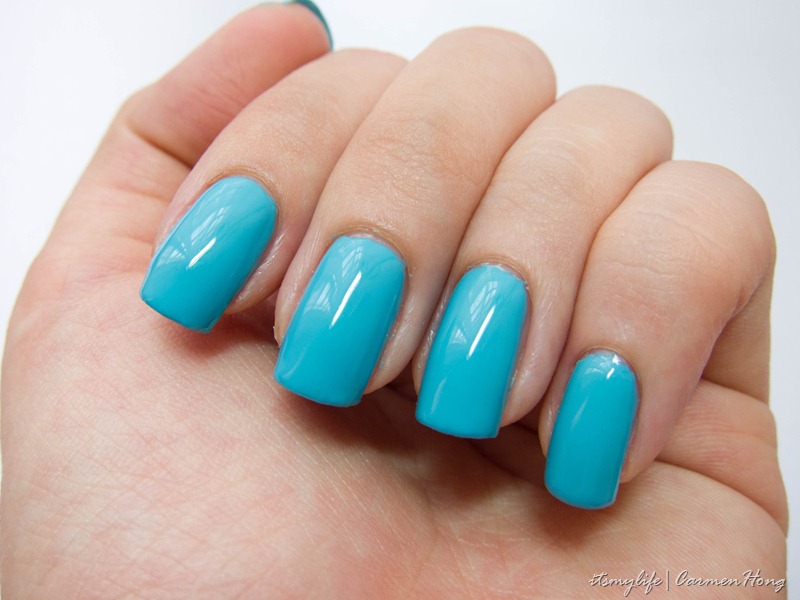 This picture taken under fluorescent lightning.
In the pictures, you won’t see any of the yellowing, because I took the pictures before the polish changes colour. I still find it hard to believe that the polish could actually changes colour, but I guess it happens. I think it is probably similar to how oxidation makes colour changes as well. It could be because of that but I cannot be too sure. 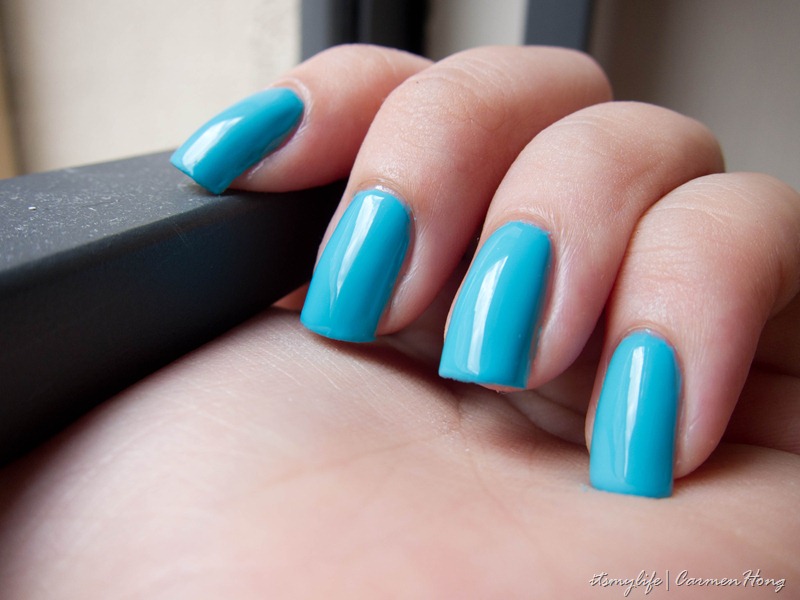 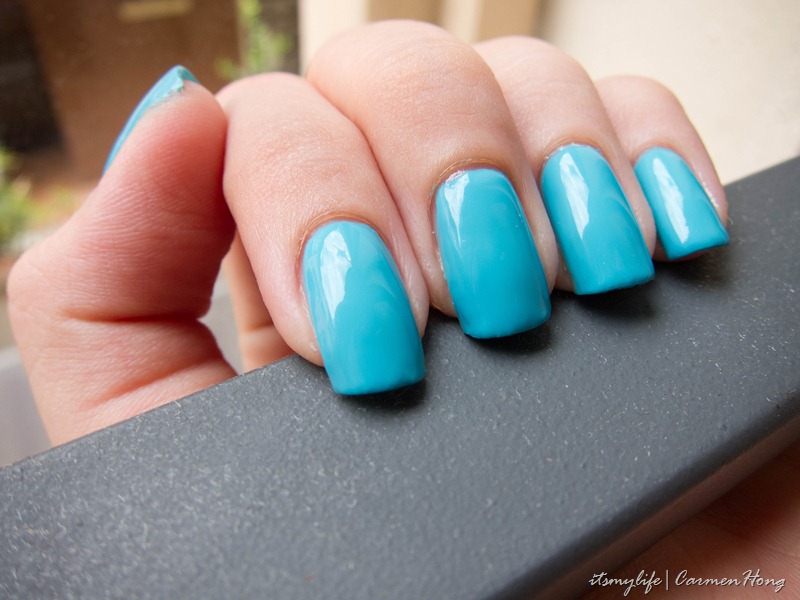 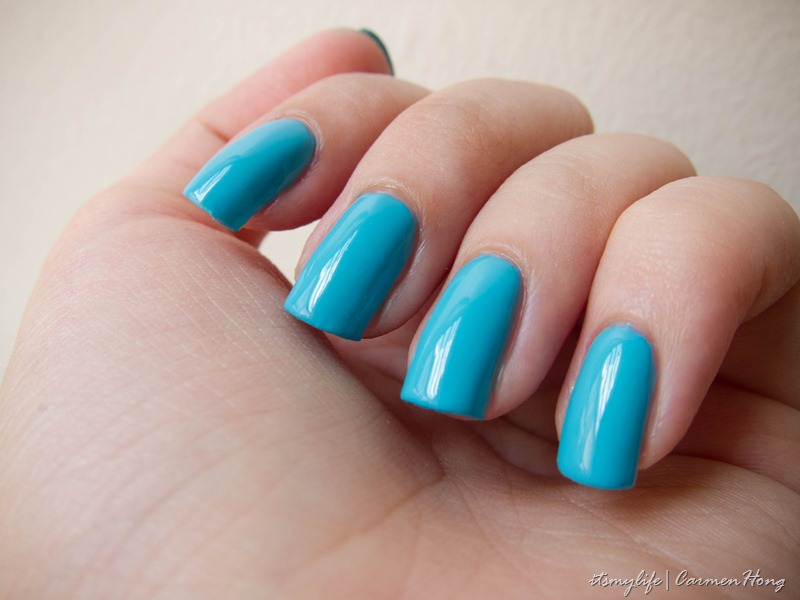 To be honest, lately I have been having naked nails because I am too lazy to paint my nails. I’m not happy about it because I know how painting nails keep me happy but sometimes, my manicures are quite tedious coupled with the shoots that follow to get nice pictures. So, I’d rather leave it naked. :s But I’m beginning to paint my nails again, because I do need that dose of happiness. 😀

Till next time, lovelies! xoxo

Make Up: Blusher, all…

Make Up: Blusher, all that you need.