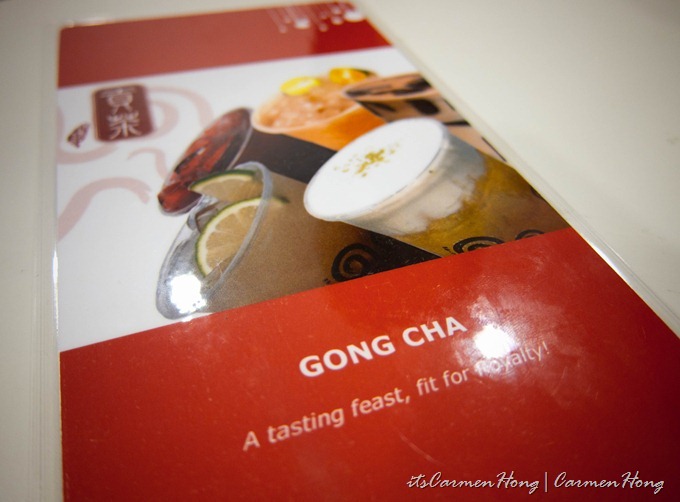 These days, bubble milk tea is all the craze and there have been countless shops mushrooming around the city. I cannot deny that I have not caught on the craze, in fact I have declared my loyalty to one particular brand, Gong Cha! And if you must know, there is this other famous and expanding rapidly brand, that I don’t buy from anymore. Simply because they came out with the milk mousse foam that I first drank in Gong Cha, and frankly, their version tasted like vomit. And since then, I don’t buy from Chatime anymore. Heh.
Anyway, I’ve been lucky enough to be able to attend the tasting event, not knowing what was in store except to try out some of Gong Cha drinks. It was a rather informal event, as we were brought to the back of the shop in SS15 where we sat at the table and stools. Then, we were presented with a menu! But we can’t choose anything from it as we would be served everything from it. 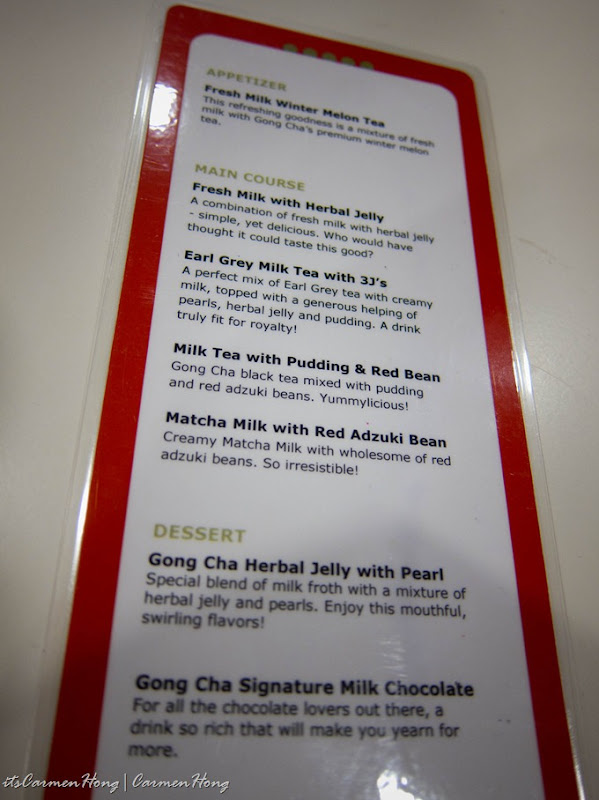 And this is the menu, peeps! They had it like a real one, with appetizers, main courses and even dessert!
We were served in small plastic cups, nothing fancy but in the end, it is what the cup holds which was more important. Duh! But I have to admit, I found it a little hard to take pictures since plastic cups aren’t exactly appetizing and interesting. Hehe. And also, I didn’t manage to take pictures of all the drinks. They look a bit bland and boring. 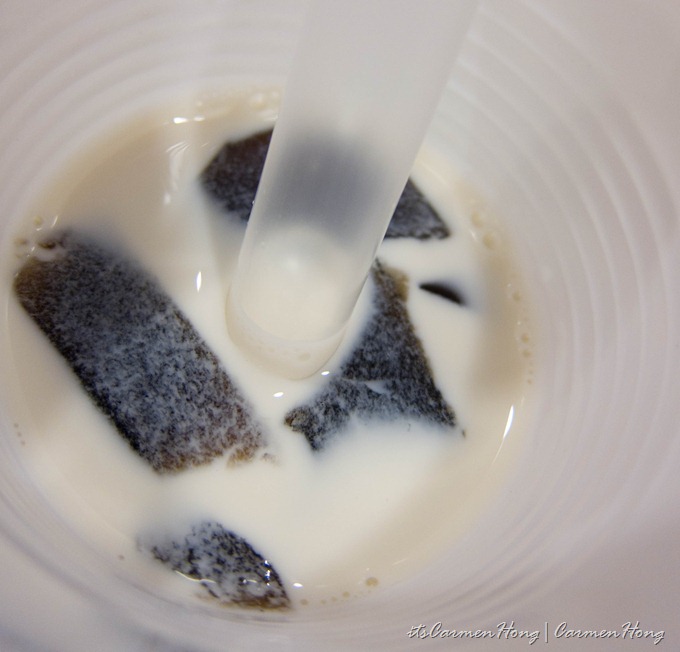 Fresh Milk with Herbal Jelly. I’m not a fan of fresh milk because of the smell but this drink wasn’t overwhelming with that smell, and the herbal jelly as usual is amazing. But this isn’t my favourite drink, and honestly, I wouldn’t buy it simply because there are better options! 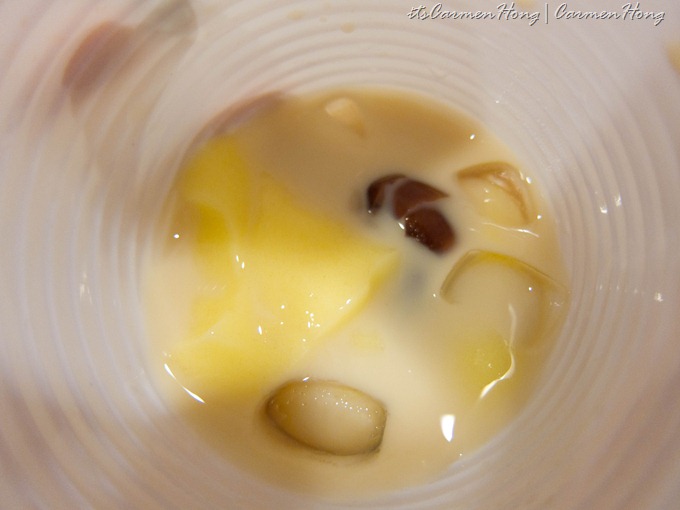 Milk Tea with Pudding & Red Bean. To be honest, when I first saw pudding, I was very sceptical about it. I mean come on, how can you put in pudding with milk tea? Talk about a mumbo jumble of taste. But surprisingly, the pudding went really well with the milk tea! It is super soft and smooth like the herbal jelly. Red bean was meh, so-so since I am not a fan of it. For me, the red bean was a neutral add on. Some would love it, some won’t but I’m just okay. 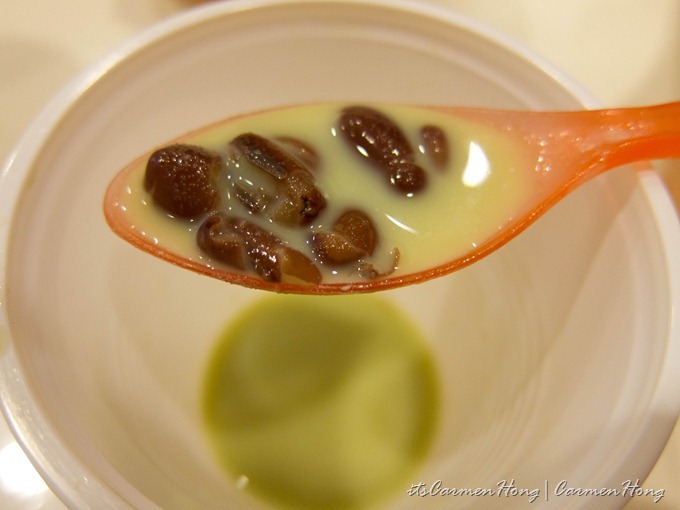 Matcha Milk with Red Adzuki Bean. If you don’t know what matcha is, well it is basically green tea! Well, the colour is an obvious telltale that it’s green tea. I love green tea, but I wouldn’t welcome this drink with my open arms because I’m not so used to drinking a sweeter green tea and there is red beans. I’m beginning to hate red beans already. But the drink is okay, and would have been better if there were pearls or herbal jelly. 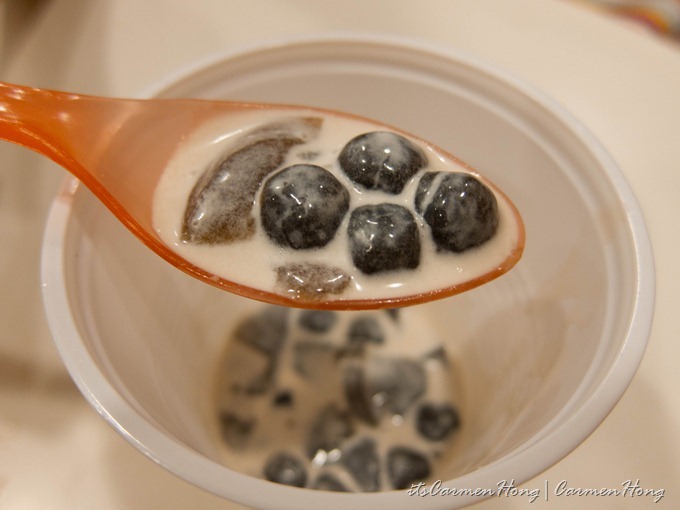 Gong Cha Herbal Jelly with Pearls. This is actually not a drink but a milk based dessert. Let’s just say milk isn’t really my thing, so I didn’t like this one because the milk is too creamy for my liking. If I’m not mistaken, the milk here is actually the milk foam used in the Signature Milk Tea. This dessert is apparently very popular in Taiwan.
My favourite drink from this session is actually Earl Grey Milk Tea with 3J’s. I didn’t take a picture of the drink, but I have to say it is the most awesomest drink! Guess why? Because there is herbal jelly, pearls and pudding all in one fantastically awesome milk tea. At the best part of it, was that I got to take home the drink (full size!). Hehe. 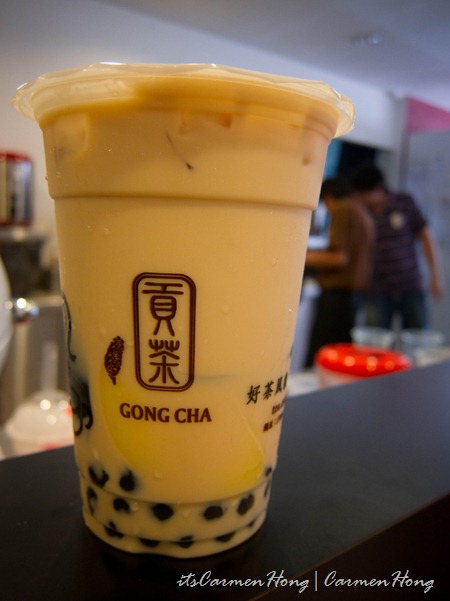 Can you spot all the three goodies?!
The tasting session was just pure heaven for a loyal Gong Cha fan, and I really cannot thank Gong Cha Malaysia enough for the opportunity to attend the event. :{)
Share