My brother celebrated his birthday. Again.

Remember this post; Happy Birthday, my dear? Well, he celebrated his birthday with us in that post and he had another one with his cousins yesterday.  It actually wasn’t really a huge party, but oh my holy god, there was just so much work involved in the preparation of getting the food ready for the party. It was a pretty simple menu actually; Fried Chicken, Spaghetti with Mushroom Sauce, Roasted Duck, Fruits Tart. The last two dishes were bought, by the way. So we technically only had to prepare the first two.

I think what was so tedious and took up most of the time was the preparation of the food. Like say the chicken, it had to be marinated, which means you have to prepare the marinating sauce. Mom wanted to do two different variation; the curry one and the ‘nam yee’, (fermented beancurd paste) one. 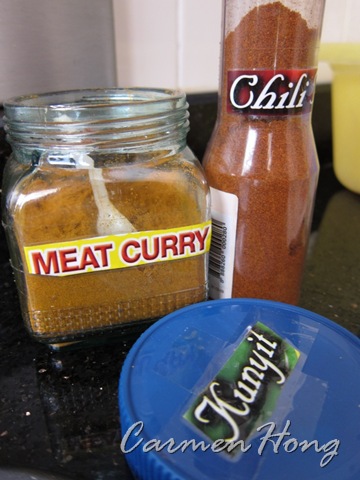 These were the different types of powder used to marinate the chicken. 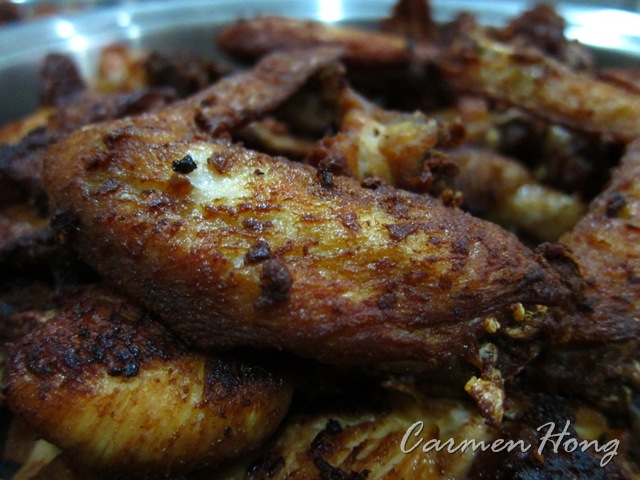 But, what was the hardest part for me was preparing the mushroom spaghetti sauce, one which I personally did most of the cooking. Mom helped out with the seasoning part. 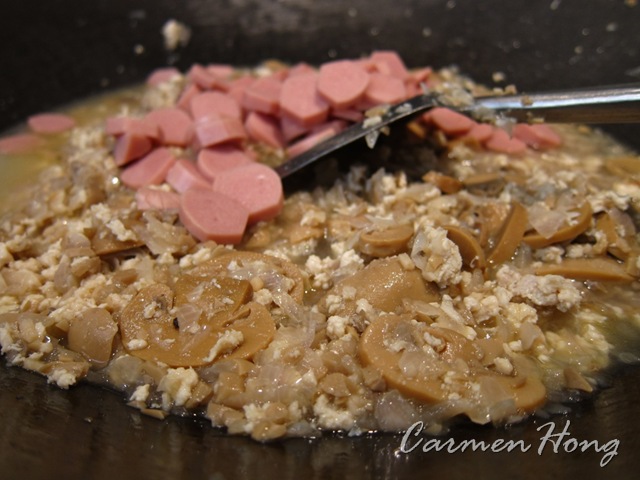 Believe it or not, the mushroom sauce actually took an hour to prepare and the best thing was I had to keep stir fry-ing, or else it’s bound to get burned. Imagine my hands. But it was worth it because my cousins who are really picky eaters actually took a second helping of the pasta. 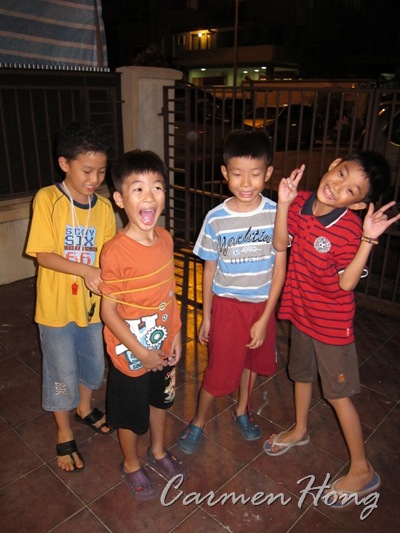 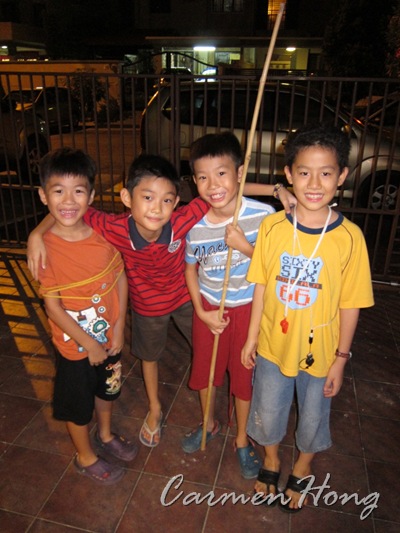 The kids obviously enjoyed themselves yesterday. My cousins came as early at like 1.30 pm, bringing the house down with their screams. Oh, yes. The boys do scream. Haha. And when Adriel came, they brought the house down with the thumping. Mom and I was cooking downstairs in the kitchen (which is below my brother’s room) and we could hear ‘thud, thud, thud’.  The cause of it? Kah Wai was playing the Chicken and Eagle game with them in the room. 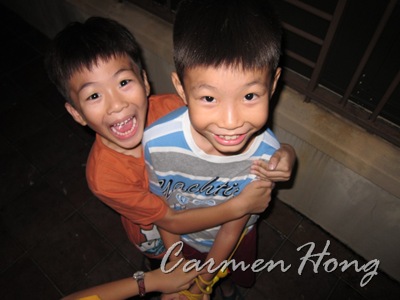 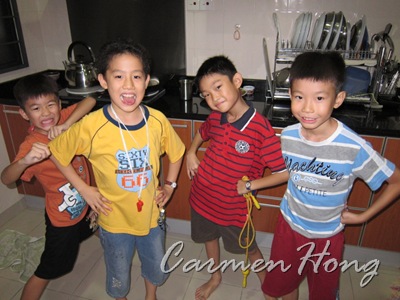 Last time, it used to be three girls; me, my sister and my eldest cousin sister. Now, we have three loud, rowdy boys. 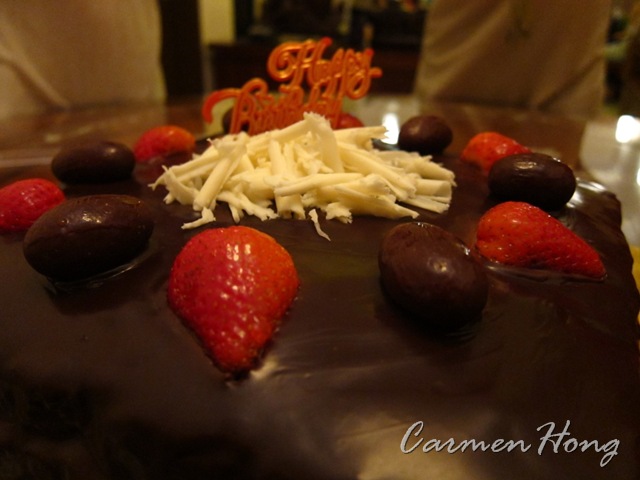 Everyone said that the cake tastes pretty good, but nah I took a pass. It looks far far too chocolatey than to what I could handle. I’m weird, ain’t I? I would so prefer if it was a cheese cake. But we did have blueberry cheese tarts too. 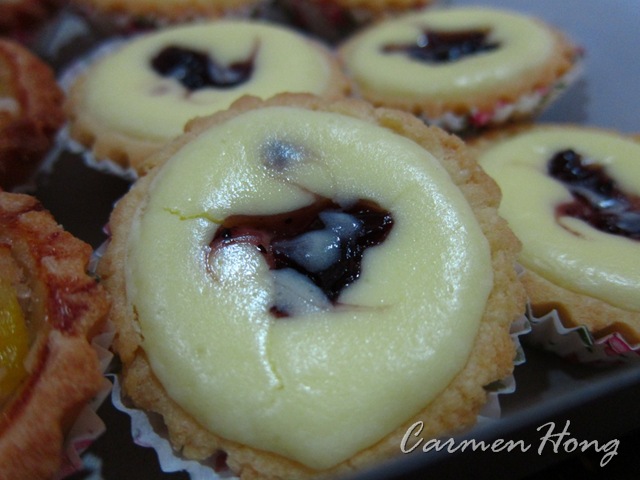 THIS IS FREAKIN AWESOME. ‘Nuff said. 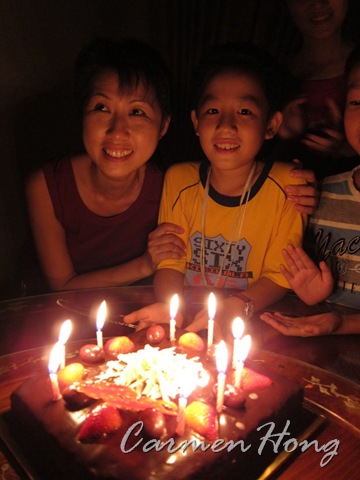 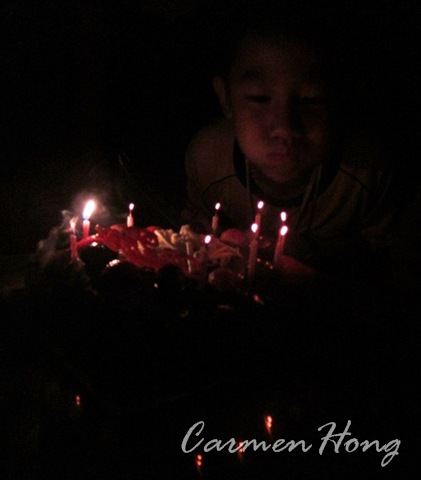 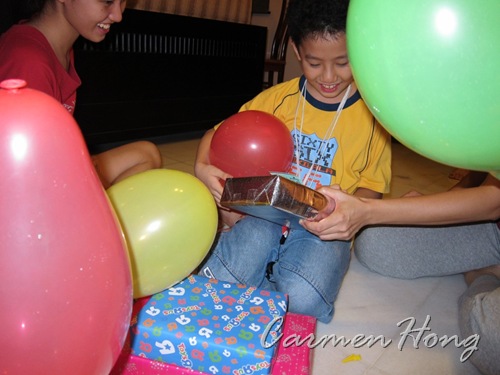 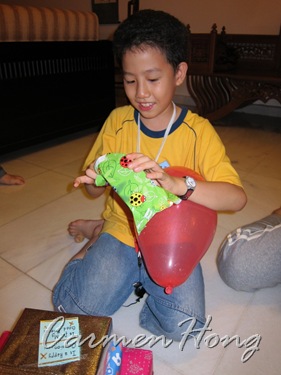 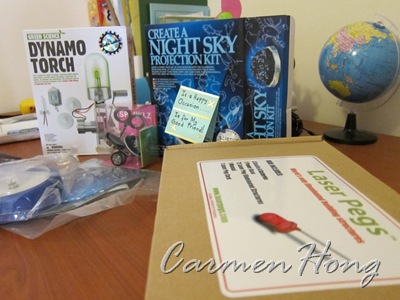 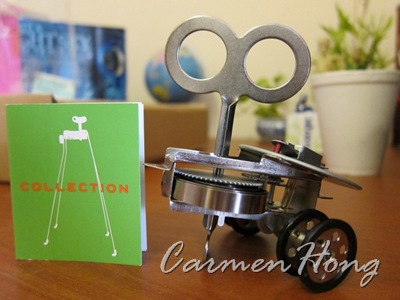 From the pictures itself, I’m sure you can tell that my brother really enjoyed himself yesterday. Best part was the his presents were all those that he wanted. Maybe not exactly the one from his wish list but he really loved the presents. They were all related to building something and electronic gadgets. Just the way what he wanted. 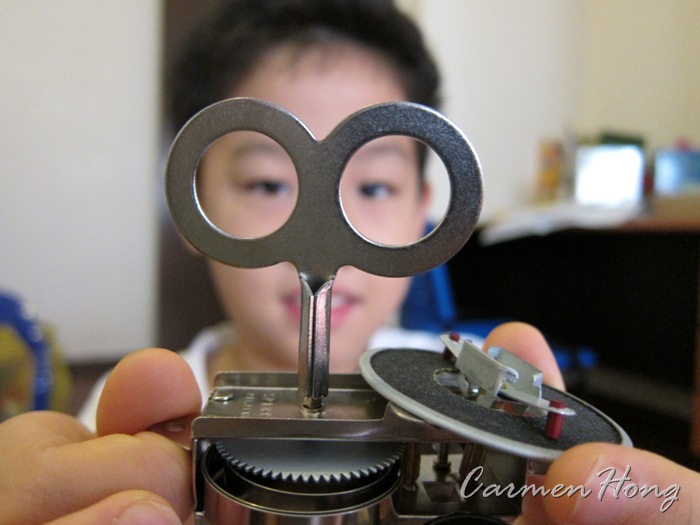