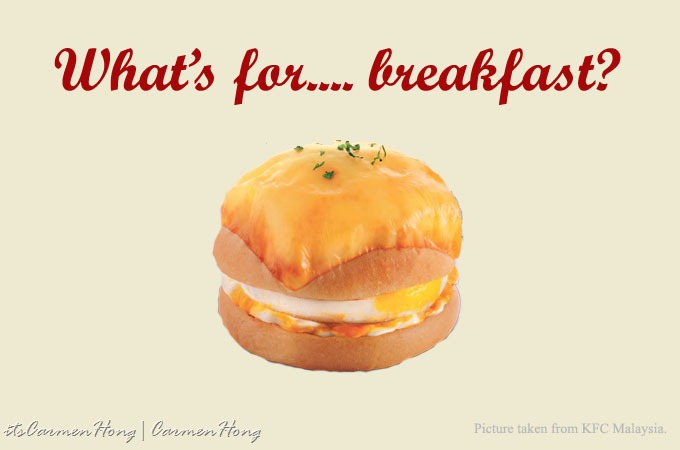 Does this awesome, deliciously looking bun looks familiar to you? Can I also say that the picture is heavily photoshopped? (You’ll know why at the bottom of the post) 😛

Anyway, my mom decided to do a similar bun in the same fashion to please my brother, who has been bugging my mom to make them… since my parents aren’t bringing him to KFC for the AM Smart Breakfast. This is how she did it. 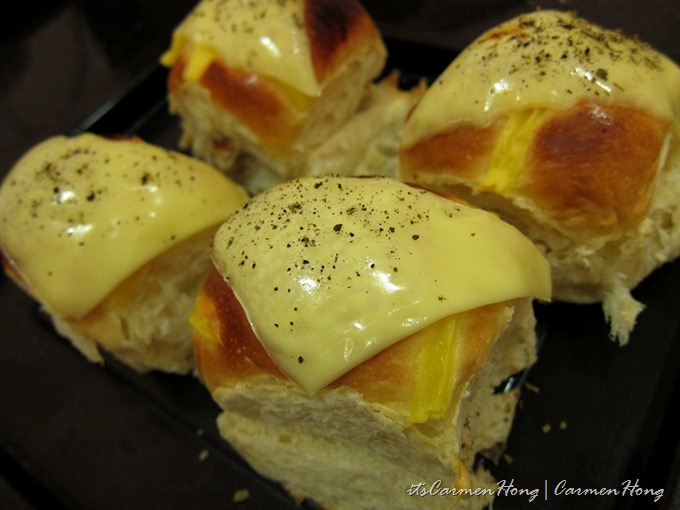 It’s pretty simple if you want to try to make it at home too actually. Here my mom used potato bun, but I wouldn’t recommend that as you’ll get a salty and sweet taste. A bit funky, actually. Haha, of course you can opt to use a normal bun. And also, my mom didn’t fry an egg, instead she fried up some chicken patties and place them in the buns! Taste pretty awesome, and it’s almost hassle free. Of course, you’ll need an oven to melt the cheddar cheese on the top.

And now, you’ll probably want to know why I said the KFC picture on the top was heavily edited, right? I’ll show you why. 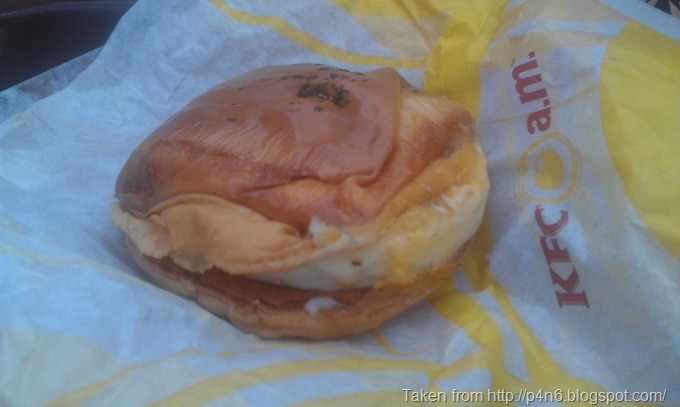 Looks damn disgusting, right? And to think back the time when it was first introduced and I had so badly wanted to try them. But I never had the time, which I thanked God, I didn’t, now.