In Food, Out and About

I’ve heard about Big Breakfast, and how awesome they were from my friends, from people who would share these lip smacking pictures of huge platter of breakfast. And I haven’t been able to try them, until one fine day. I had initially wanted to head to Antipodeon in Bangsar but knowing how packed it can get on a Sunday, it was better to have the Big Breakfast I want elsewhere more relaxed.

Jason suggested Red Beanbag Cafe, with him having been there a couple of times for dinner. I have heard about it, but never tried, so why not? 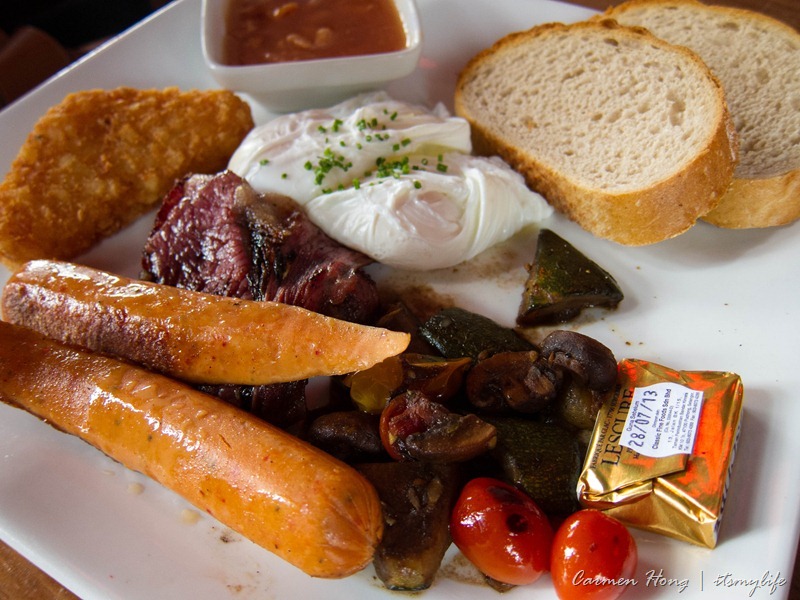 Awesome Breakfast Fry Up, RM22 | Except that it wasn’t awesome because everything but the egg was cold. I had expected more mushrooms, but the ones here come in miserable amount and tasted sour. So did the zucchinis and the cherry tomatoes. The chicken sausages wasn’t too bad, the beef bacon and hash brown was good, the poached egg was bland, the toast was normal and so is the baked beans. To be completely honest, I could get better baked beans from the cans I have at home. I like my food hot, especially breakfast, so you can say that I’m disappointed with this. 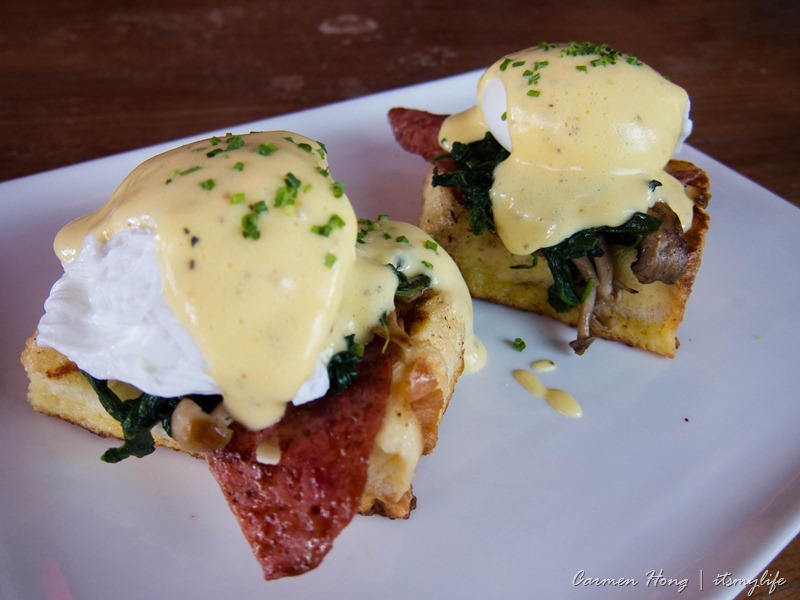 Red Beanbag’s Eggs Benedict, RM 16 | At least this looks better than mine. This was toast topped with creaky ham, mushrooms and some unidentified vege, poached eggs and finally the sauce. Jason had this and I asked him to give him 15 words review, so here it is, “Eggs was nicely cooked and poached. Taste wise, love the Hollandaise sauce that was creamy an flavourful. Toast bread was a bit hard, probably left out too long during cooking.” 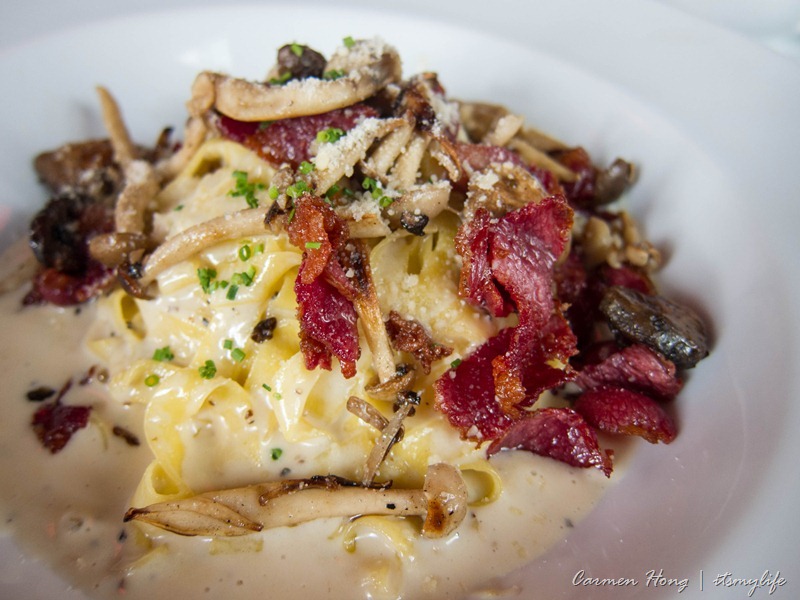 Shroom Shroom, RM 25 | A mushroom fettuccini with beef bacon, I love beef bacon so I’m biased towards this. I would say this is good, but I had Mushroom Cream Sauce pasta in Antonio’s in TTDI on Friday and whilst I was eating this, I couldn’t stop comparing it with that! And that was really good, which made this, erm just decent. It’s nice, and it can be a good comfort food.

Having said that, I probably won’t come here anytime soon, not for breakfast at least. Either I have my expectations too high, or … I don’t know. I shall have to try Antipodean one fine day. Who’s up for that? 🙂