Are you sure you’re not blonde? #ThingsIGetAlot

I had one such ‘blonde’ moment today, a first in many weeks (but then again, the past few weeks have been dull and colourless). This happened when I was talking to A, my best friend. He was telling me about how he wanted to start blogging again, after so long. He had given me his blog address before but me, being the blur forgetful person I am, I had somewhat forgotten about it. But I did remember it was something with the words ‘skies’ and ‘blue’. I’ll let you read on; 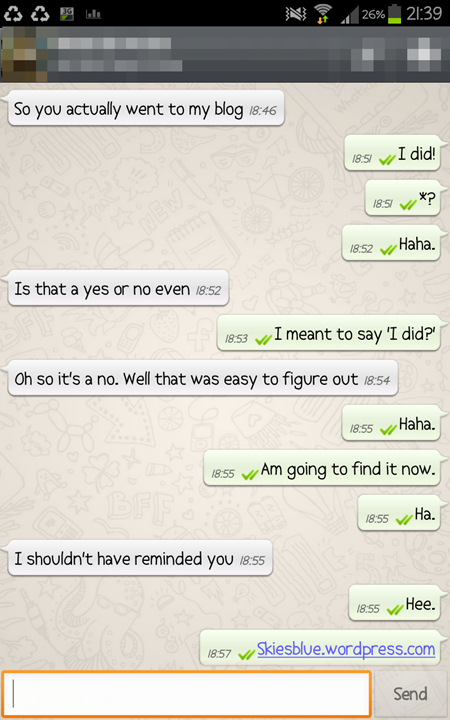 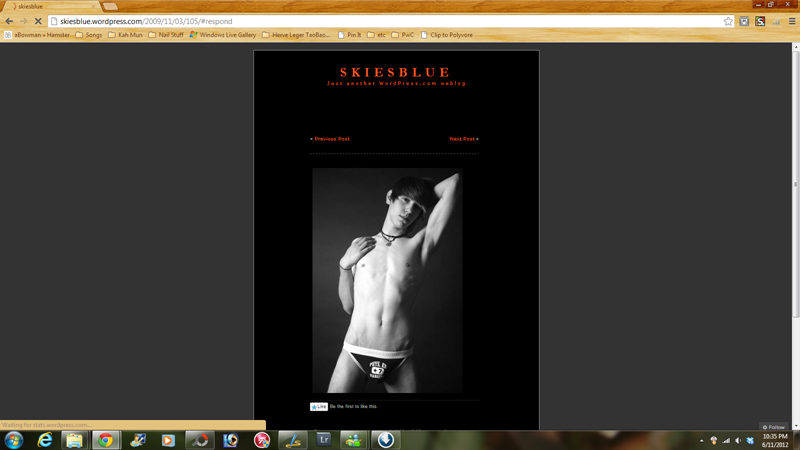 Em, yea. And more and more of pictures of this guy…. Obviously, something weird was going on and I had to ask A! 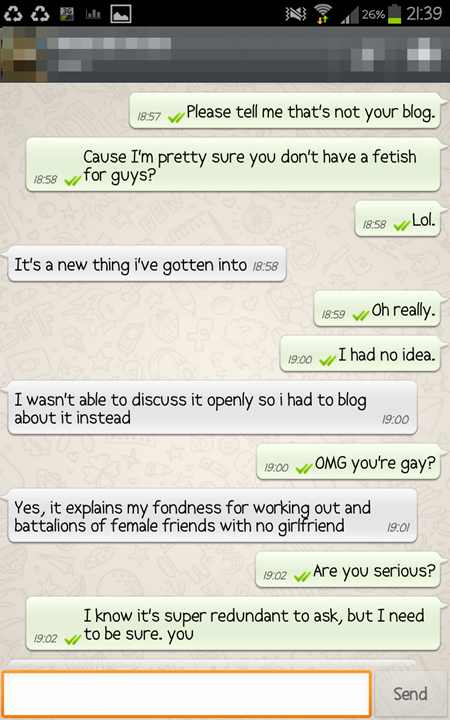 And that was what A told me!!! I mean, wtf, at that point I scrolled through two pages and it was that many pictures of that dude I just believe what A said. I mean who would joke about this kind of stuff, right? Obviously, he did and thinks it was funny enough to troll me. HMMPH.

It turns out that his blog was skiesblueS.wordpress.com. I missed out by one ‘S’ and that made all the difference. Meh. Anyway, A beat me to blogging about this, so if you want you can read what he wrote; meme style! Link here; http://skiesblues.wordpress.com/2012/11/06/skiesblue-4life/.

I thought I’ll post a little more about how I’m doing and feeling lately, since I haven’t been updating much. Well, I, (hmmm) haven’t been the best I wished I could be. In fact, some days were pretty horrible. “There are good days, and there are bad days. And then, there are days that you feel so awful that you wished a sink hole would just swallow you in.”

Then, there are those days that you just want to drop everything and just leave. Run. Let time heal everything, while you disappear.

It’s really hard to deal with this, when suddenly all that I thought to be wasn’t what it was. I thought I was stronger, I told myself I could get through this. But frankly, I don’t have a clue. All I know is that despite everything, I keep looking back to the what had already happened. Sometimes really, (I don’t know if anybody will ever be able to feel how I feel or at least relate), when everything is lost, you find yourself missing and longing for it/them. You want to turn back the clock, you want to do things differently, you want to change. But you cannot. I cannot. And, it just hurts to be so helpless.

If I told you I missed you, what would you do?

I miss my best friend(s). I know best, means having one only but I have so many friends that they are all my best ones. I really do miss them so much, and I’m really thankful for those who stuck on with me despite how insufferable, stupidly annoying and dumb I could be at times. Thank you so much, and I want you to know, that, it means the world to me.